A Look Inside Marc Chagall’s World at Springfield Museums 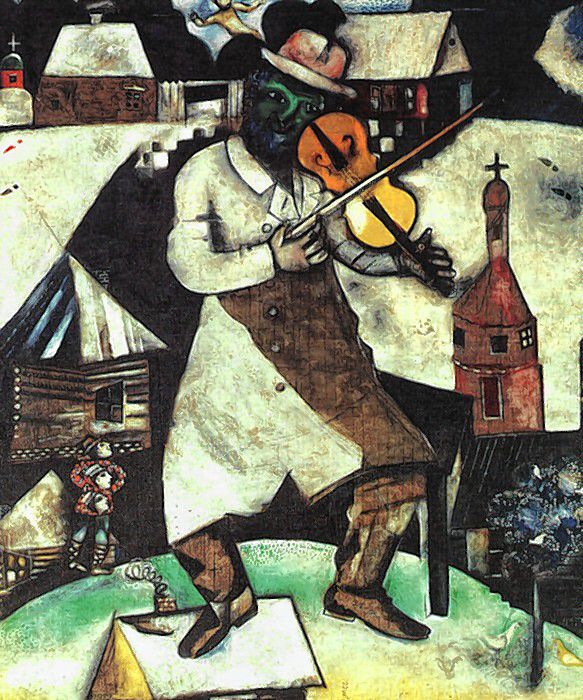 Put several dozen artists in a building called “The Beehive,” and what do you get? A space brimming and buzzing with new ideas and fresh perspectives on art, as a new exhibit at the Springfield Museums illustrates.

Marc Chagall and Friends, a display of prints drawn from the collection of the D’Amour Museum of Fine Arts, shines a light on a group of artists who, living in close quarters in Paris in the early 20th century, played a big part in developing the influential avant-garde styles, such as modernism, of that era.

The exhibit, which runs through Jan. 28, 2018 at the D’Amour Museum, looks in particular at the work of Chagall — one of the most diverse artists of the 20th century — and some of his friends and colleagues, such as Alexander Archipenko and Amedeo Modigliani, who all lived in the same studio apartment complex between 1911 and 1914.

That complex — “The Beehive,” or La Ruche in French — was a 16-sided building in Paris’ Montparnasse district that had 50 inexpensive studio apartments specifically designed for artists. The building, which still stands today, had originally been opened for a world’s fair held in Paris in 1900; it was then dismantled and reconstructed by French sculptor Alfred Boucher.

“If you were an artist, this was just a great place to be,” said Heather Haskell, vice president and director of Art Museums for the Springfield complex. “You could exchange ideas, get feedback on what you were doing, or just spend time talking about art.”

The show includes etchings, lithographs, woodcuts and other prints by artists who worked in that region of Paris at the time, like Pablo Picasso, whose experiments in Cubism represented one of the era’s most dramatic artistic movements.

Marc Chagall and Friends is just one part of the D’Amour Museum’s current focus on the artist. Chagall for Children is an interactive exhibit that features reproductions of selected paintings, prints and stained- glass window designs by the artist that can be manipulated in various ways.

For instance, a recreation of Chagall’s American Windows, a famous stained window he created in 1977 for the Art Institute of Chicago, consists of numerous small plastic panels that children can rearrange in different patterns; they can also change the backing lighting to give the panels a different look.

That exhibit, which runs through Sept. 17, “is about introducing children and families to a wonderfully creative artist in a real hands-on way,” said Haskell. “We think the two shows really complement each other.”

For more information on the the two Marc Chagall exhibits at the D’Amour Museum of Fine Arts, visit springfieldmuseums.org.