Cinemadope: It Takes Two To Go Down In A Bloody Shootout 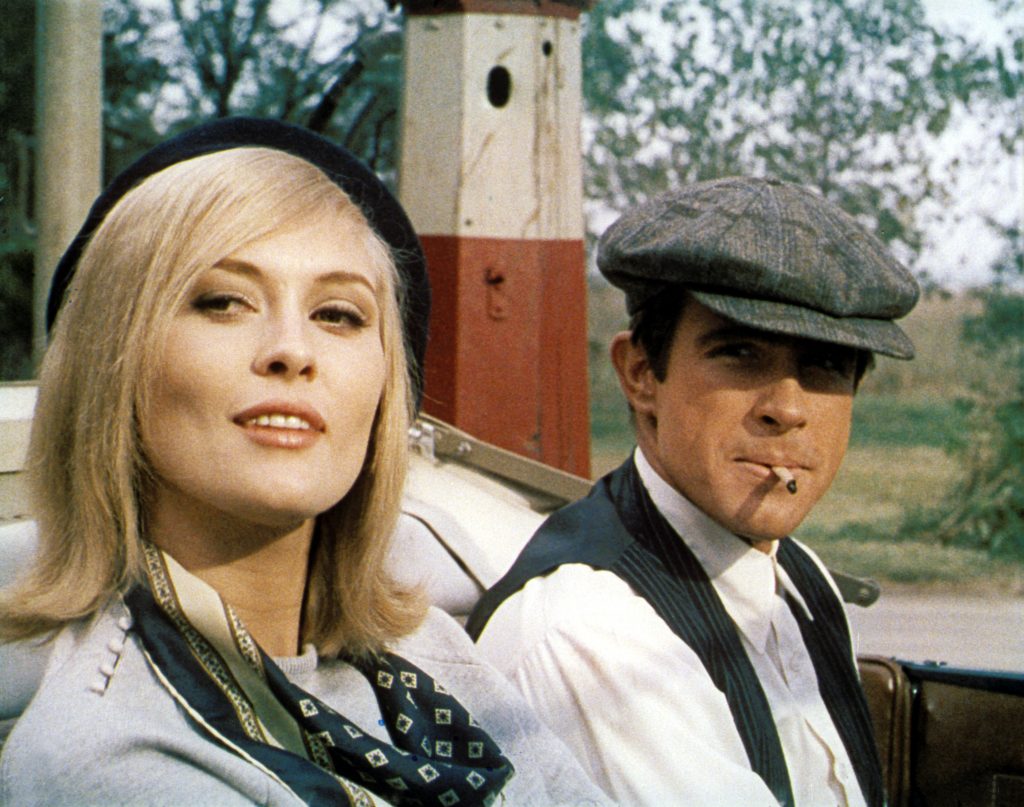 For as long as stories have been told, they have been told about pairs: Odysseus and Penelope, Arthur and Merlin, Bugs and Elmer. It’s a rare tale that doesn’t focus, in some way, on that essential human desire to connect. It can bring us to ecstasy or despair — sometimes both — but there’s no escaping our need for each other.

This week, Valley filmgoers have a chance to catch famous pairs on screens all over the area. Some of them are in love, some are only together because they have to be for the greater good. One is actually two pairs, which turns out to be not very healthy for one poor soul. And at least one is on a mission from God. So, find a friend and go celebrate being together for a bit this week — we need each other.

You’d be hard pressed to name a pair that infiltrated the American consciousness more than the iconic Bonnie and Clyde — a star-crossed duo whose Depression-era robberies made them dangerously glamorous to a downtrodden public. Reality for Bonnie Parker and Clyde Barrow was never quite the fast-cars-and-cigars image that the papers sold the public. But America has never let the truth get in the way of a good story — something that held true for Arthur Penn’s 1967 film Bonnie and Clyde. The movie gets the 50th Anniversary treatment this Sunday and Wednesday, August 16, at local Cinemark theaters.

True or not, the film was a landmark for Hollywood. Starring Warren Beatty and Faye Dunaway as the title couple, this countercultural gangster flick romanticized the life, but was frank with the death: the machine-gun massacre that ends their lives is a bloody climax that would lead directly to the sanguine-soaked scenes of Quentin Tarantino decades later. And as with that director’s films, there are those who will disapprove of the violence on display, and the possibility that it is being glamorized. It was a question when Bonnie and Clyde was first released, but for Penn, that final scene — influenced by the images and news reports from the war in Vietnam — was a vital piece of honesty in the face of a dream.

Also at Cinemark in Hadley coming up is a much more tame crime story team-up: Batman and Harley Quinn is an 80 minute animated feature that finds the Dark Knight and his pal Nightwing (that’s a grown-up Robin, if you didn’t know) teaming with femme very-fatale Harley Quinn to save the world from Quinn’s best friend, Poison Ivy. For her part, Ivy has teamed with The Floronic Man (basically the Jolly Green Giant) to turn humankind into plants. “Friends don’t let friends kill 7 billion people,” squeaks Quinn, proving that even the most B of BFFs can have their differences. The one-night-only break-up starts at 7:30 p.m. Monday, August 14.

Also coming up: Amherst Cinema has its own line-up of couples on offer. First up is Alfred Hitchcock’s classic story of betrayal and deceit Dial M For Murder. If the title sounds ridiculously un-sinister today (Telegraph for Tomfoolery!), the film still delivers. Grace Kelly and Ray Milland (reminder: go see him in The Lost Weekend, if you haven’t) star as a married couple on the rocks; he’s a playboy tennis pro, she’s having an affair, he decides to begin his retirement by killing her. When things don’t go quite as planned, the scheming Tony is forced to think on his feet to keep his plot from coming to light. After all these years, there’s still nothing like Hitchcock.

And then, in Amherst, is John Landis’ 1980 road movie The Blues Brothers, starring John Belushi and Dan Aykroyd as Jake and Elwood Blues, a pair of hipsters on a “mission from God” to help their former teacher Sister Mary Stigmata save an orphanage. Based on a comedy sketch from the stars’ time at Saturday Night Live, the story was always just so-so; the real treat was the parade of guest stars: Aretha Franklin, James Brown, Ray Charles, and a long line of other famous names help liven up the adventure.

Finally: the 1987 R-rated vampire flick Near Dark screens on Saturday, August 12, as part of the Millside Outdoor Movie Night series, at Millside Park in Easthampton. Kathryn Bigelow (The Hurt Locker) directed this “vampire Western,” which stars the late Bill Paxton opposite Adrian Pasdar as two vampires with very different outlooks on their future.