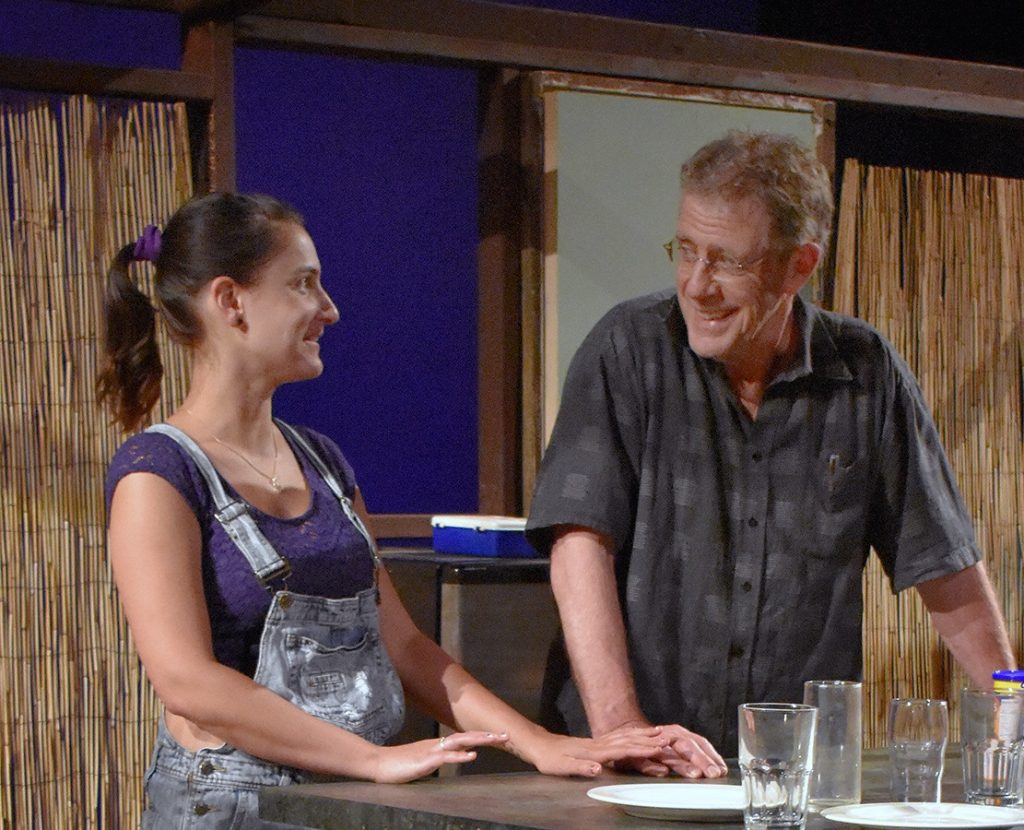 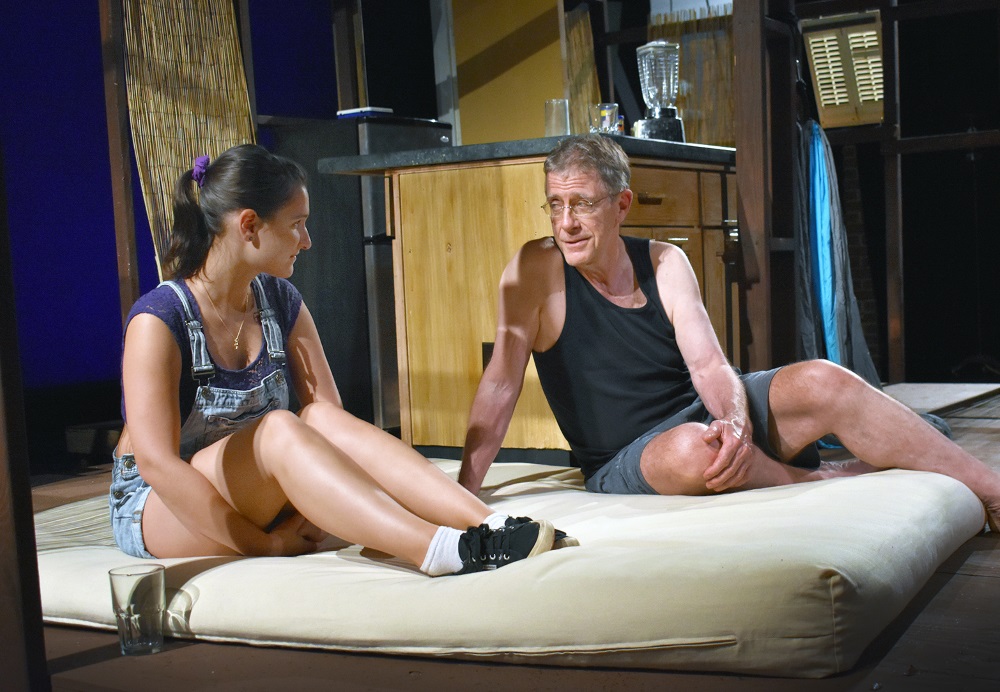 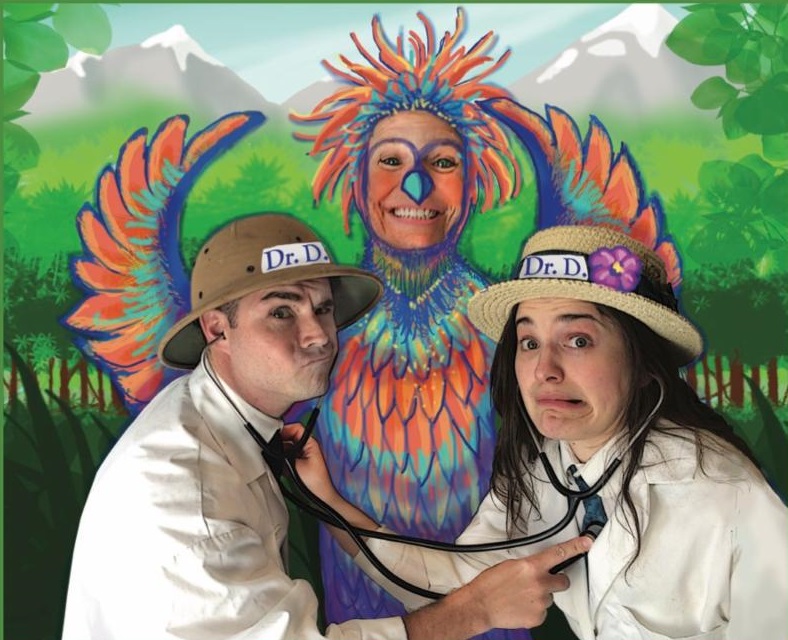 Two small-scale productions playing in the area this weekend have one thing in common. They both take place in the jungle. Apart from that, they couldn’t be more different.

Slowgirl traces a tentative, emotionally fraught encounter between a motormouth teenager and her reclusive uncle through the terrain of traumas past and present in the aftermath of a sudden tragedy.

Slowgirl, directed by Ellen Kaplan and performed by Carissa Dagenais and Keith Langsdale, is at Smith College. The play unfolds in the jungle shack occupied by Becky’s uncle Sterling. He has fled to Costa Rica to escape … well, we don’t know at first. Nor do we know right away why Becky suddenly appears, shaken and scared. Over the course of a week, they dig away at each other’s secrets and hurts.

Greg Pierce’s drama was chosen to inaugurate Lincoln Center’s home for new work in 2012. The New York press termed it a “sensitively drawn two-hander” about how “two wounded and lost souls come to know and trust one another,” and called Pierce “a fine storyteller [who] touches on the issue of bullying but avoids making this a simple hot-topic play. He’s chasing broader issues about the murky boundary between guilt and innocence.”

Performances Friday and Saturday, Aug. 4-5, at 7 p.m. and Sunday the 6th at 21 p.m.in the  Hallie Flanagan Theater, Smith College. Tickets $15 at door or online. 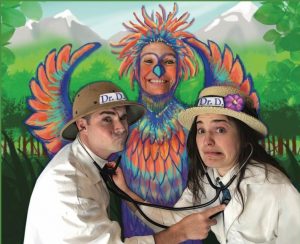 In 12 now-classic children’s books, Englishman Hugh Lofting traced the adventures of Doctor Doolittle, the eccentric physician who discover he can talk to animals – and they can talk right back. The first in the series, The Story of Doctor Doolittle, published in 1920, takes place mostly in Africa, and some racist or condescending elements eventually led to both censorship and revision.

The series also spawned multiple adaptations – animated and live-action films, TV series and stage plays. PaintBox Theatre’s own adaptation, controversy-free and imagination-rich, is at the Williston Theatre in Easthampton, featuring Troy David Mercier, Linda Tardif, and Kelsey Flynn. It travels through several far-flung locales, including Africa and “the high seas,” where there’s an encounter with pirates – a theme that has become a PaintBox staple, with a pirate-themed show each season. My review of this year’s season includes a description of the unique PaintBox approach to inclusive children’s theater.