Discussing Far Out Films in the Forbes Library Basement 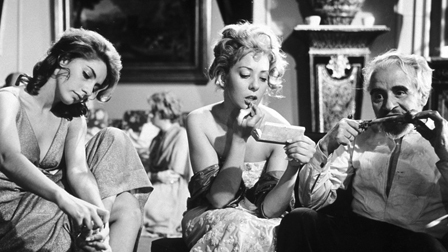 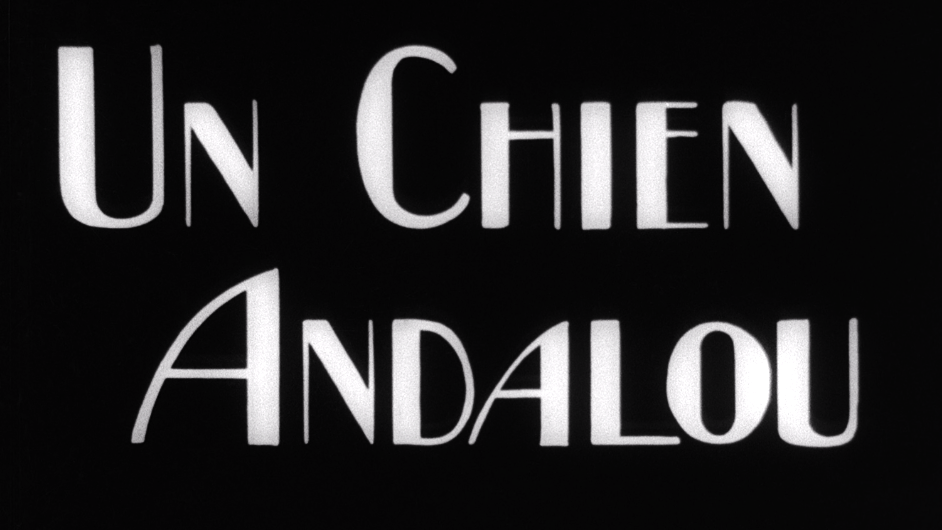 I’ve always been interested in surrealism, but never quite enough to actually do any research into it beyond looking at some Salvador Dali paintings. But one reference to a surrealist work stuck with me. In the 2011 Woody Allen movie Midnight In Paris, the surrealist filmmaker Luis Bunuel makes an appearance and an allusion is made to one of his more famous films — the one in which a roomful of party guests are unable to leave after dinner.

Why can’t they leave? It isn’t really addressed in the passing reference. But it was an intriguing enough concept that I didn’t forget it. What happens to these people? 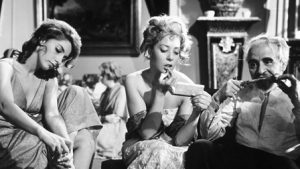 My local library came to my rescue. One of the Forbes Library’s many programs is a monthly film discussion group on strange, “far out” films. The Exterminating Angel by Bunuel — which turned out to be the dinner party movie — was this month’s flick.

The group doesn’t screen the movie; it only discusses it. So watching the movie was up to me. Forbes had one copy left and I took it out, finally finding out what this movie was all about.

The black-and-white Spanish language film was made in 1962. I read along with the subtitles as the ensemble cast fell further into chaos. Days became weeks became … we never know how long … as the protagonists remained stuck in the same room with the same people. While the setting is an upper-class dining and living room, the movie descends into the dark, dirty depths of human psychology a la Lord of the Flies.

A synopsis: about 20 guests go to the home of their hosts Edmundo and Lucia Nobile. They are waited upon by a group of servants, but — strangely — all of the servants except for one make excuses and leave the house early. The guests, on the other hand, stay well past dinner. They retire into a room with a piano, and every time they try to leave, they find they are unable to do so. At first, they all just chalk it up to having a good time and wanting to stay, but they eventually realize that — try as they might — they cannot compel themselves to move past the room’s threshold. Likewise, no one outside can enter the house. The guests manage to break open a pipe to supply them water, so they are able to subsist, but not everyone survives to the end. Eventually, after what must have been weeks or months, the spell is broken, ostensibly by all of them coincidentally returning to where they started the evening.

It definitely sparked my curiosity what others might think of this grim surrealist work.

I headed down to the Forbes Library basement on Monday, July 31 — the discussions take place there the final Monday of the month — to hear what others thought of the movie.

One of the first to arrive, I take a seat among the semi-circle of tables and chairs, all facing a large screen. A library staff member — Jill — searches for the appropriate cable to hook into the projector system. One by one, the other film enthusiasts arrive — a dozen in all, and made up of a range of ages.

Another staff member, Steven, opens up the conversation, asking each of us our first impressions. Each person takes a turn. Some have seen the film before. Others react to the movie’s unique qualities (for one, there was no background music for the whole movie, meaning the dialog and performances carried almost all of the emotion).

One guy named Paul has done some reading on the movie, and shares a quote from Arturo Ripstein, a contemporary of Bunuel: “Time was abolished so only space happened in this film. Time was just a circle and when space becomes time the thing is solved.”

Hillary, who is seated next to me, says she had read nothing about the movie before going into it, and that it reminded her of a Portuguese novel called Blindness in which everyone goes blind at the same time.

Candace, across the room, is interested in how quickly the veneer of civilization falls apart, even as the characters are wearing their dinner dress clothes.

The discussion is free flowing, and while ostensibly there is a facilitator, ideas come from all sides of the room over the meanings of certain items in the movie — a bear and a collection of lambs — of the different characters — a doctor seems to hold together his sanity better than the rest — and what this situation might say about society in general. And then we talk about the title, The Exterminating Angel, which one attendee links to a scene in the Bible when an angel blocks the path of a donkey, freezing the animal in place. 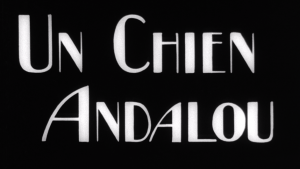 The time flies by, and near the end of the two hours, we decide to watch a famous short film by Bunuel called Un Chien Andalou (An Andalusian Dog), hooking it up to the projector.

Apparently the movie was very influential. To me it was a lot of nonsensical scenes smashed together. (Perhaps that is the point?) But discussion resumes over the meaning of surrealism in general and the thoughts of its practitioners.

I’ve never met any of these people before, but the discussion we’ve had feels refreshing.

As one person observed as we all left the room, it was nice to talk about something other than politics for a couple of hours.

Far Out Film Discussions take place the final Monday of the month at the Forbes Library Community Room starting at 7 p.m. August’s movie, Playtime, by Jacques Tati, is available through the reference department and the arts and music department.