Stagestruck: ‘This’ Drama as Sitcom Is ‘Too Snappy, Too Loud’ 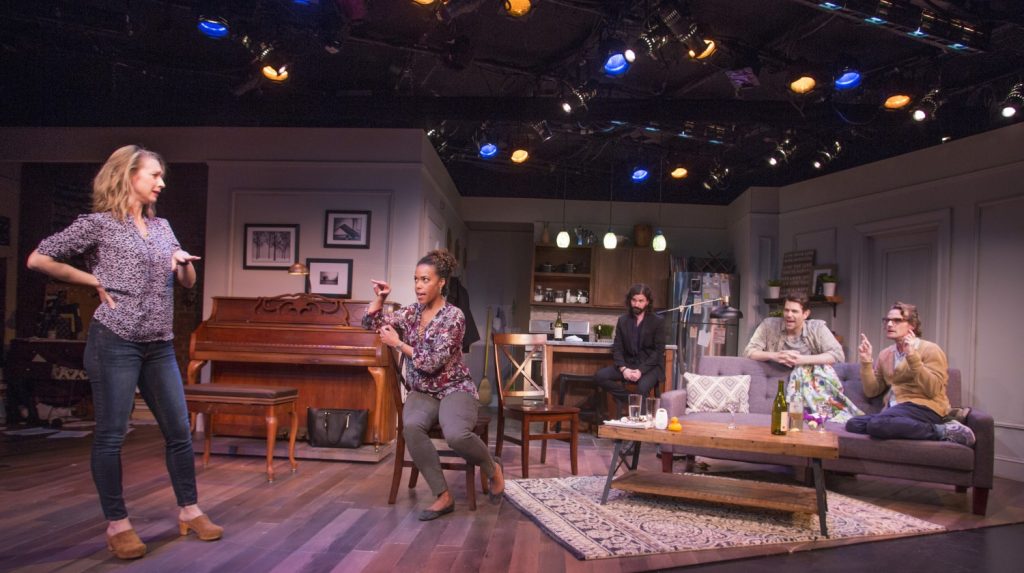 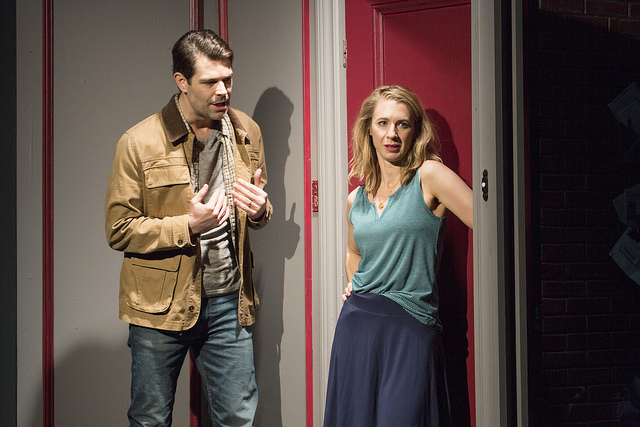 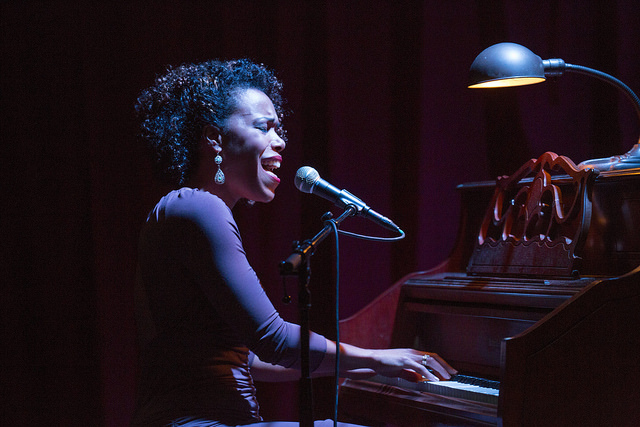 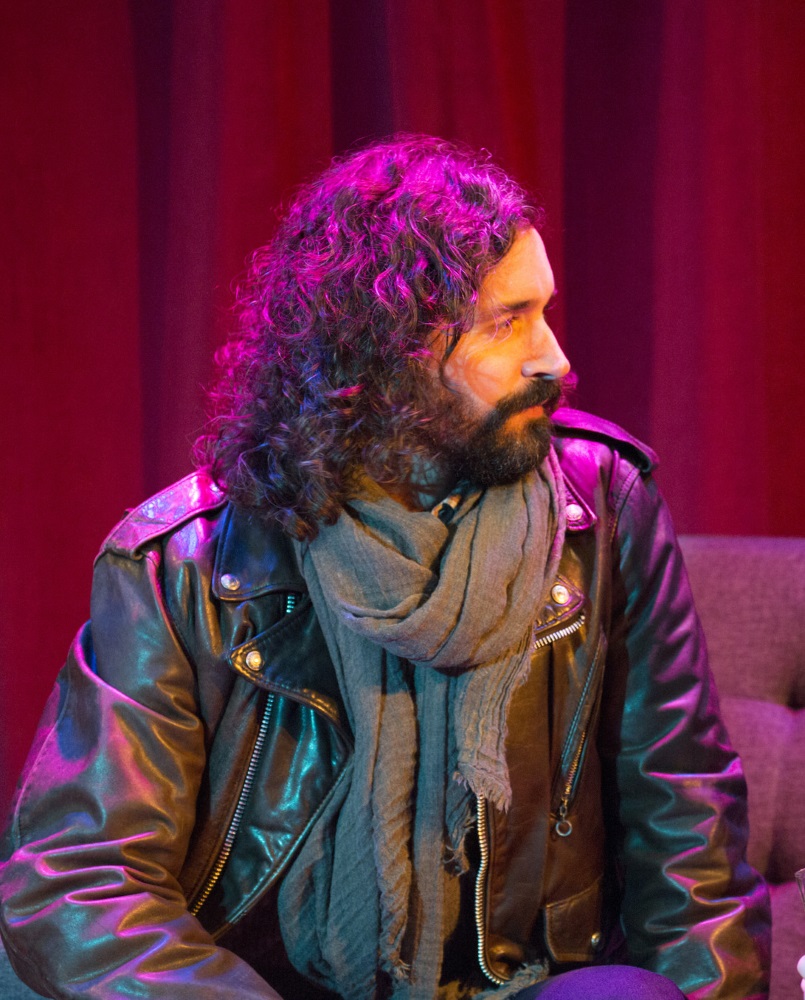 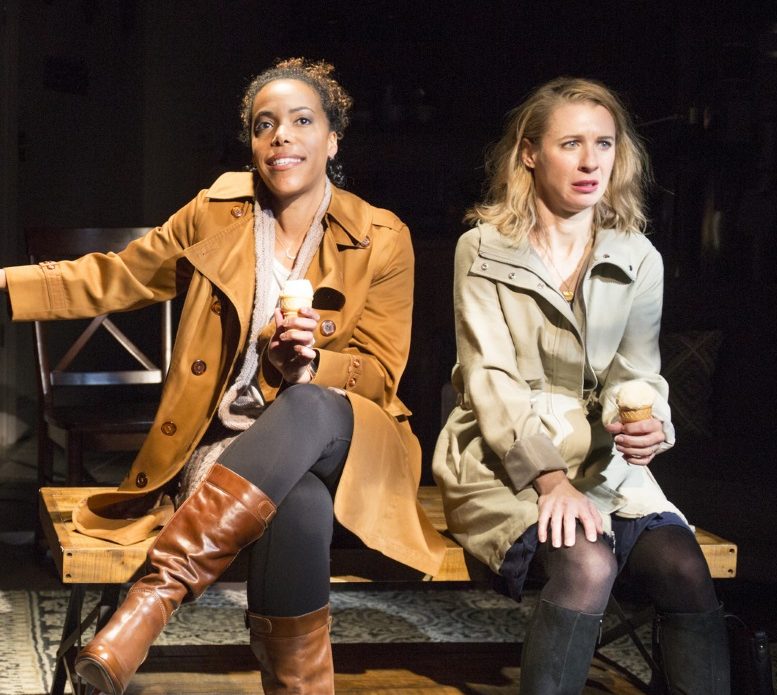 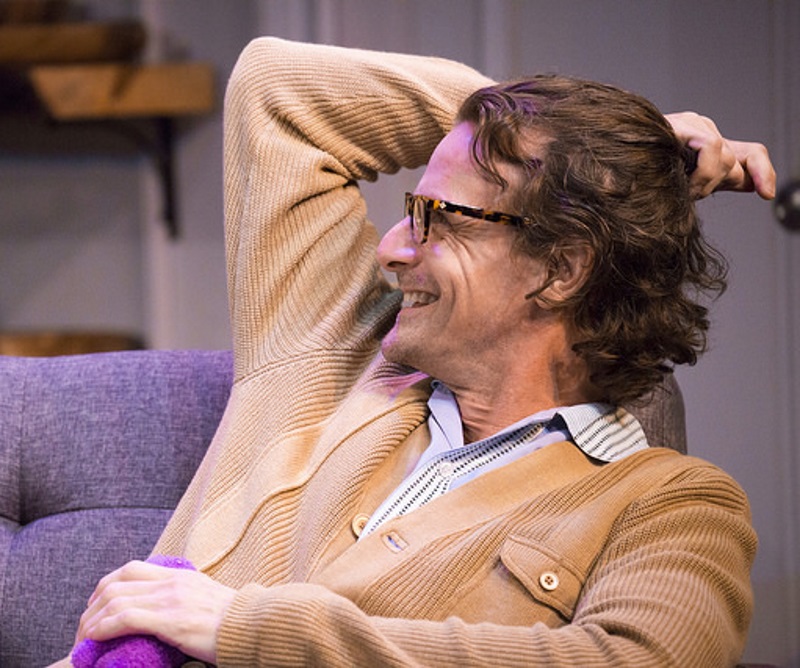 This is the title of the play now running at Barrington Stage Company (through August 27). But it might be more accurately called This and That. Melissa James Gibson’s script is a grab-bag of seriocomic situations, satirical barbs and personal anguish that harks back to the ’80s TV series thirtysomething. Her characters, approaching middle age – i.e., their forties – are preoccupied with marital, parental, ethical, sexual and (premature) midlife crises.

Tom and Marrell are first-time parents whose infant “sleeps in 15-minute increments,” making them prickly with each other, though deeper frustrations churn beneath the surface. Their friend Jane lost her husband a year ago and is still unable to let go; when her friends try to set her up with the sexy and single Frenchman Jean-Pierre, she recoils. 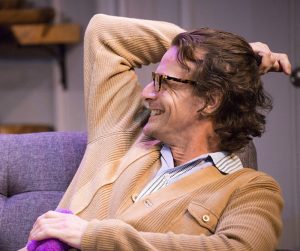 And then there’s Alan, the play’s most interesting character, or at least the most convoluted – snarky, self-absorbed, lonely, directionless, prone to cynical gibes at his own and others’ expense, and gay. The four friends met in college and still banter in the way they did then, as if they can’t quite face growing up. In that sense, the piece also harks back to Seinfeld, with one-liners like “I hate the word blog. It sounds like a large accumulation of snot.” (Though unlike that show “about nothing,” this one strives to be about everything.)

In fact, This struck me as a domestic drama written like a sitcom, in which the formula requires a laugh-line at least once a minute. The playwright has a list of topics she wants to visit, from infidelity to Third World calamity, but with one exception – a fraught moment of guilty passion – nearly everything is punctuated (and sometimes punctured) with quips. Gibson undercuts any genuine sympathy for her characters with an almost flippant resolution of the play’s central conflict and a pointed reminder that their personal problems, as Bogey put it in Casablanca, “don’t amount to a hill of beans” in a world of real troubles. 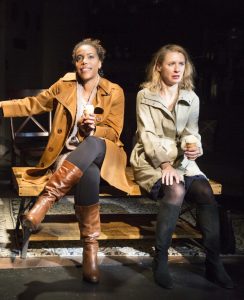 The performance tends to be a bit too snappy and a bit too loud, as director Louisa Proske and her cast gamely navigate between repartee and angst. Jane, played by Julia Coffey, spends most of her time in the latter category, having tripped and fallen into an impulsive mistake that upsets her relationship with her best friend. That’s Marrell, who’s a jazz singer, and the two numbers Erica Dorfler gives us in a nightclub scene are among the evening’s purest, if gratuitous pleasures.

Perhaps it’s Eddie Boroevich’s rangy frame, but I found his Tom a little too relaxed for the jagged emotions roiling his marriage. Though Mark H. Dold’s Alan seems a bit old to be the others’ contemporary, he makes an effective foil, showing us the man’s dark side even as he makes light of everything. Paris Remillard is Jean-Pierre, a physician with Doctors Without Borders, the laconic outsider who observes these people’s self-absorbed crises with a European shrug.

The play has six locations, from two apartments to a park bench and a TV studio. Brian Prather’s set deftly divvies up the space on the small stage, aided by the tonal variety  in Scott Pinkney’s lighting.

The playwright specifies that Marrell is black and Tom is white, and that Jane’s marriage was also interracial, but those facts are barely mentioned and have nothing to do with the issues in the play/characters – just a welcome, matter-of-fact reflection of a present-day reality.

Postscript: My sense on opening night was that the audience was pretty well split between rapture and disappointment. Lots of laughs, but rarely if ever a full-house roar. At the end, some people stood for their curtain-call applause, but most did not – usually a fair indicator of audience approval, since the Standing O has become many theatergoers’ default gesture of appreciation, so that remaining seated tends to signal the opposite – or perhaps only age and infirmity.