Basemental: Nanny’s “Nowhere” Is Vulnerable Grunge Rock Not To Be Missed 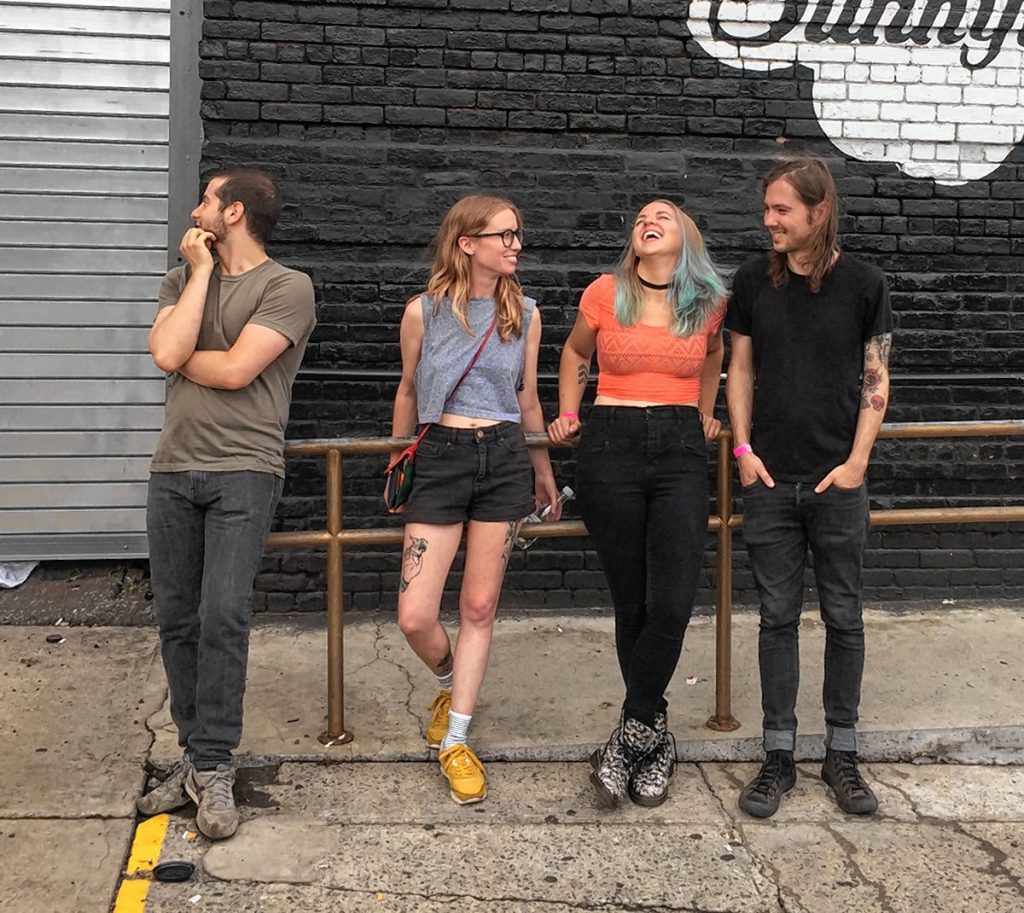 I first caught Nanny at the 13th Floor in Northampton this past March; one of my bands was sharing a bill with them. Earlier this summer, I saw them again and had that feeling I was starting to grasp the songs. It wasn’t long before I learned a debut EP was right around the bend, too. This weekend it will be released at a show to celebrate the accomplishment. 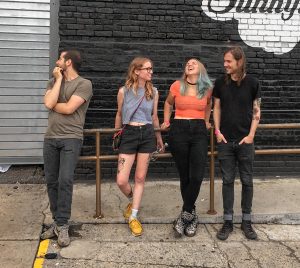 This new EP, named for closing track six, Nowhere, recalls stripped down ’90s guitar rock that was made famous here in our little Valley by bands like The Pixies. To say guitarist Adam Reid’s earworm leadlines echo the likes of Joey Santiago isn’t a stretch. Nor is it one to compare singer and guitarist Hannah Mills’ short, yet repetitive, choruses that grapple with the peaks and valleys of big existential questions — “What am I Doing Here?” is the name of a song and doubles as one of these refrains — fits nicely in a canon with the hooks of Kim Deal and Frank Black.

While the song structure and guitar lines might be comparable to bands of the past, Nanny is not of a different era. They are of the local here and now. In an email Mills wrote, “Nowhere hopes to capture a sentiment of exasperation, existential crisis, and reclamation of space that runs through the songs on this release.” “I needed so much more than even I was sure of. And now I’m stuck with all these questions, fear, I can’t return from,” Mills sings on the aforementioned “What am I Doing Here.” She added that “Topics [on the EP] touch on unlearning oppressive heteronormative female socialization, embracing queer identity, exploitative systems of labor, mental health, and self-care.” “It doesn’t make me selfish to care about myself. I refuse to think I’m worthless to be deemed worthy by anybody else,” she proclaims on the title track, “Don’t try and find me, I’m sick of being called on.” Then she charges into a chorus that repeats “I’m not hiding,” ultimately tugs at the contradictions that make up the emotional mud we all trudge through.

The production is top notch. Nowhere was recorded by Kevin Gebo of Disappearing Mountain studios in Easthampton and mastered by Bill Henderson at Azimuth Mastering. You can download the fresh tracks on Bandcamp Saturday or pick up a tape that night at the Flywheel on Main Street in Easthampton. Nanny will share their release show with Lost Dog, Empty Grows Every Bed, and the talented Julie Cira. Certainly a show not to be missed. According to its Facebook event page, the show is $5-$7, for all ages, and, remember, Flywheel is a sober space. Accessibility: There is a ramp on left side of the building, accessible all gender/gender neutral bathrooms, and earplugs are sold by the venue.