Stagestruck: Ending on a Laugh 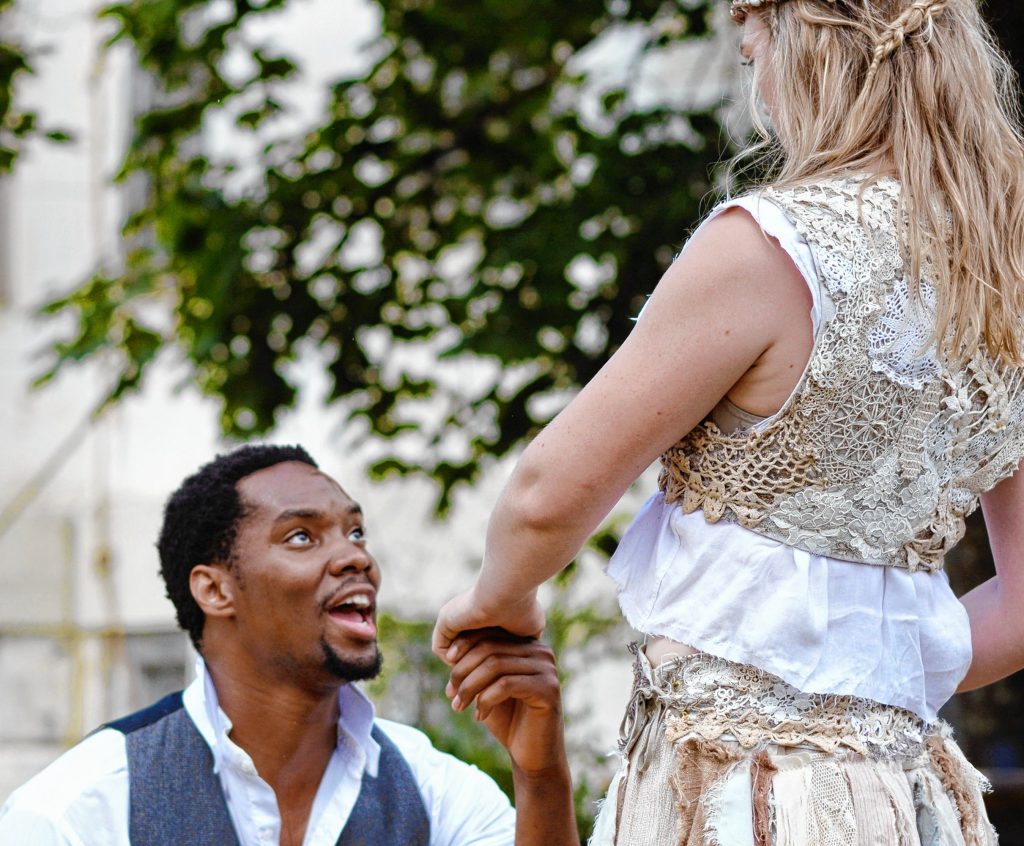 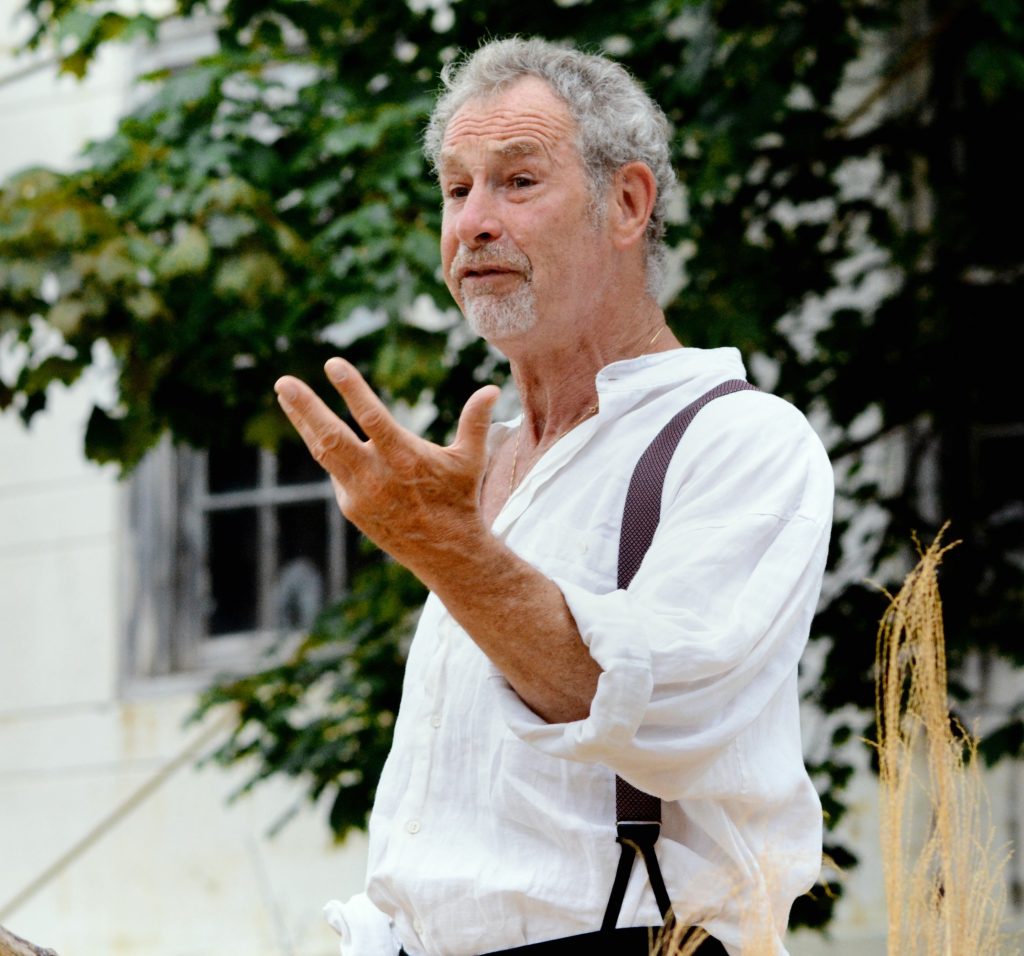 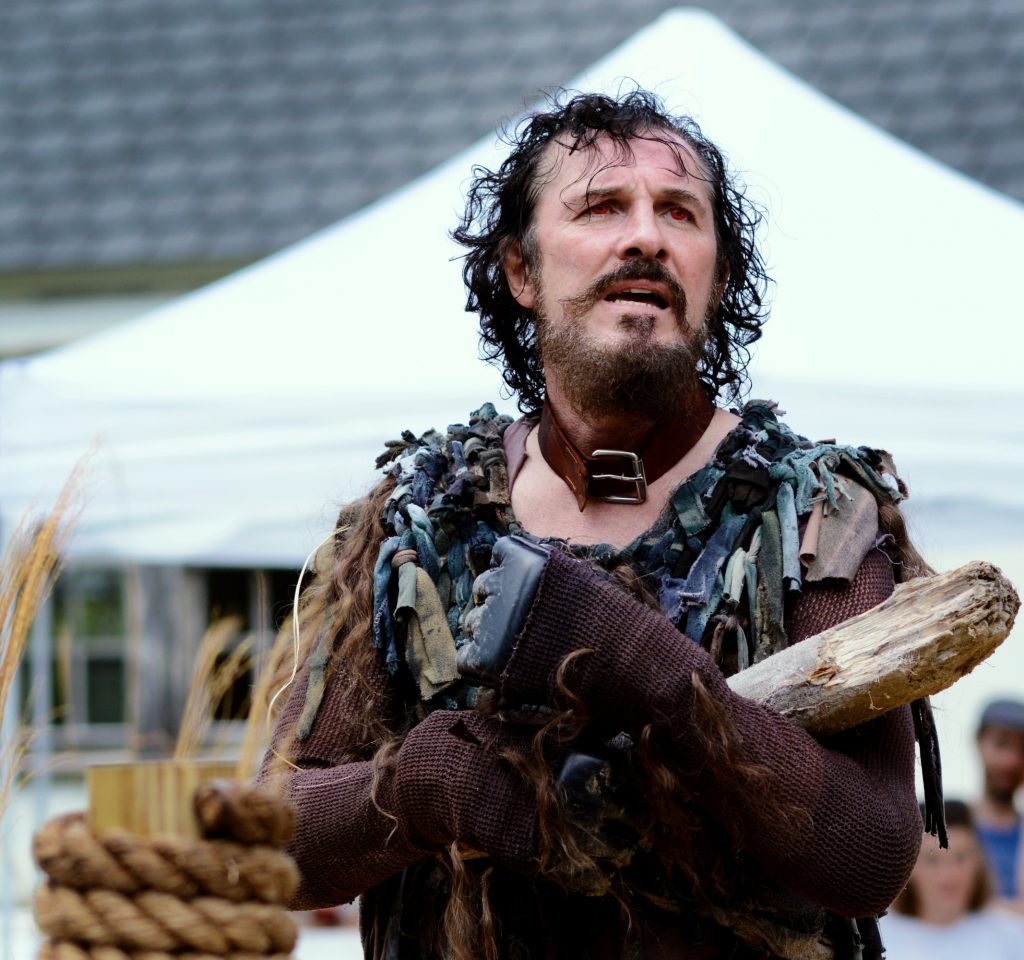 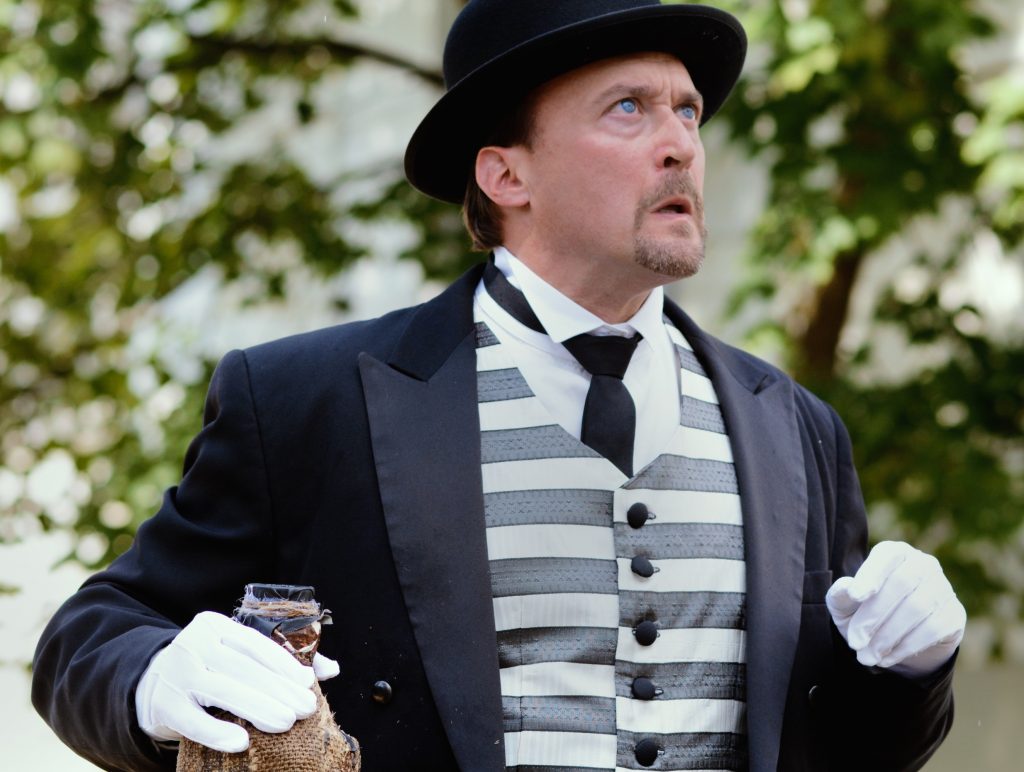 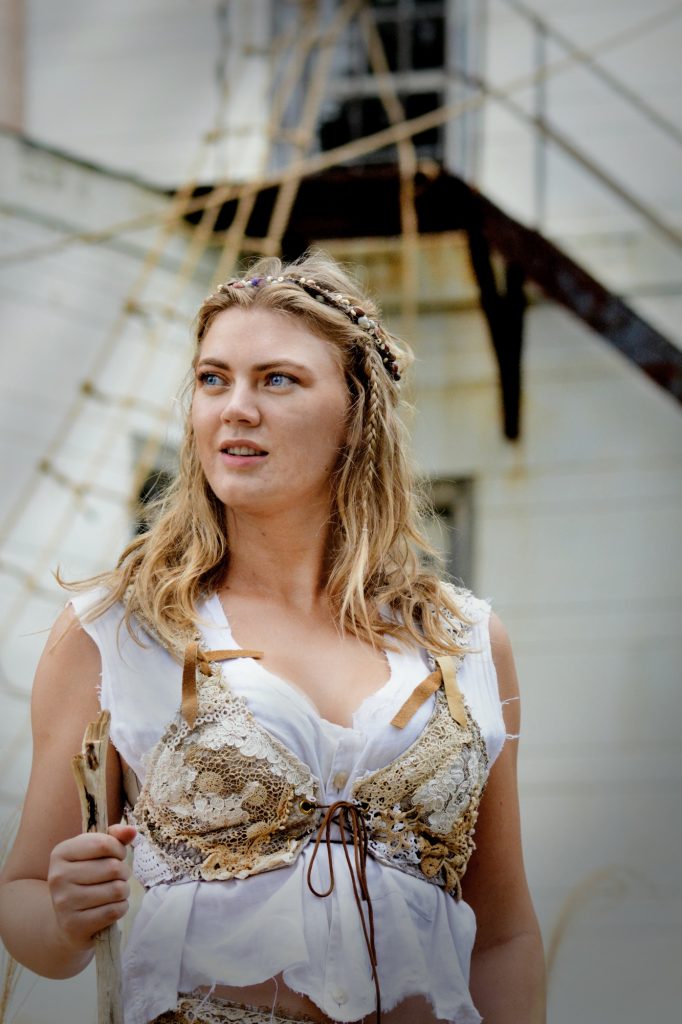 New Century Theatre is closing its summer season as it began — with “a full-out comedy,” as director Sam Rush puts it. This one is The 39 Steps, a jokey reconstruction of Alfred Hitchcock’s epic 1935 thriller. Or perhaps I should say deconstruction, since it’s performed by just four actors and played strictly for laughs.

The now-classic scenario in which an innocent bystander is caught up in a mysterious and increasingly perilous situation, a favorite of Hitchcock’s, was invented by John Buchan in his 1915 novel, The Thirty-Nine Steps. Patrick Barlow’s cheeky 2005 play, derived from both the book and film, is as much an homage to the Master of Suspense as a burlesque of its sources, adding a slapstick twist that spoofs the spy-thriller genre, theater and film conventions and the overwrought 1930s style.

In NCT’s production, this week at the Academy of Music, Vince Tycer plays the hero, Richard Hannay, a jaded young Englishman who is swept up in danger and intrigue when a beautiful lady spy dies in his arms. Suspected of the murder, he finds himself on the run from both the police and Nazi agents in a series of improbable plot twists and hair-raising chases from London to the highlands of Scotland and back.

Alexandra O’Halloran plays three characters — the fatal femme fatale, a Scottish farm wife who’s, um, lonely, and Pamela, a smart, classy woman accidentally drawn into Hannay’s risky mission. Sam Samuels and Noah Tuleja take on all the other roles, male and female, some 30 in all, sometimes several in one scene — instant cameos that range from quirky to bizarre.

Mirroring the skeleton cast, the physical production is intentionally bare-bones too. The minimal set pieces do triple- and quadruple-duty, as a policeman’s desk, a hotel counter, the seats on a train, even the roofs of the cars on that train.

“I think theatre works best when it doesn’t try to be film,” Rush says in a program note. “I wanted to keep the elements simple, relying instead on the actors and audience’s imagination, working together, to create this wild adventure.”

Although the season begins and ends in laughter, Rush has noted that all three NCT productions this summer contain echoes of some grave real-world issues, including immigrant-bashing, racial profiling, judicial conservatism, and now, undercover intrigue and international crisis.

Just as other summer theaters are beginning to wind down, Shakespeare & Company opens two new productions in its six-play-plus season. Last week The Tempest inaugurated the troupe’s new Roman Garden Theatre, followed this weekend by The Wharton Comedies, a double bill of one-acts adapted from Edith Wharton stories. Both shows run into September.

The Tempest fields the same cast and adopts the same staging conventions as this season’s earlier Cymbeline. That is, nine actors playing all the roles, except in this case there’s not that much doubling as are only 10 characters. The cast is pretty evenly split between longtime S&Co fixtures and relative newcomers.

Nigel Gore, a 10-season veteran, plays Prospero, the wronged magician who whips up the titular storm around his magical island to shipwreck his enemies. Other company favorites include Jason Asprey, as Caliban, formerly lord of the island and now Prospero’s bad-tempered slave, and Josh Aaron McCabe, doubling as Alonzo, king of Naples, and Stephano, prince of drunkards.

Performances are in the mini-amphitheater newly created in the “Shakespeare garden” adjacent to the mainstage theater on the company’s sprawling Lenox campus, reviving the kind of outdoor performance they began with, nearly 40 years ago, down the road at The Mount, Edith Wharton’s former estate.

Also being revived this season are Wharton-based comedies the troupe originally performed in the author’s elegant drawing room in The Mount. Roman Fever finds two American matrons reminiscing about an old romantic rivalry in friendly banter over tea, until things turn ugly. The Fullness of Life follows another woman into the afterlife, where she’s given the dubious option of spending eternity with her tedious husband. The pair are directed by Normi Noel and feature company stalwarts David Joseph, Corinna May and Diane Prusha.

New this year is an imaginative series, this weekend and next, of Storytellers & Songwriters, featuring one-person plays performed by well-loved company members, some of them interwoven with live performances by local musicians. The actors include Elizabeth Aspenlieder, Tod Randolph, John Hadden, Nehassaiu deGannes (captivating in this season’s Intimate Apparel) and S&Co founder Tina Packer in her exploration of Shakespeare’s Women of Will.