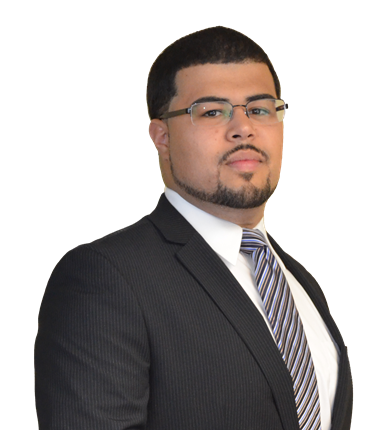 Ernesto Cruz, one of 14 candidates for at-large seats on the Springfield City Council, is facing assault charges.

The charges allegedly stem from an argument in which police say Cruz pushed his girlfriend up against a wall and grabbed her by the neck.

Cruz was arrested on June 8, around 11:15 p.m. at his residence in the Six Corners Neighborhood and charged with assault and battery on a family/household member and a strangulation/suffocation offense. Police records indicated Cruz had been living with the alleged victim at the time of the arrest. 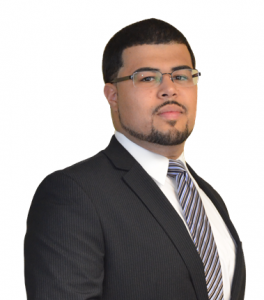 Cruz, 32, of Springfield, appeared in Springfield District Court on Tuesday, Aug.15, for a pretrial hearing. Dressed in a suit coat and green tie, Cruz stood as Judge Michael Ripps reviewed the details of the case. Ripps said a stay away order from the victim would remain in place, and Cruz said he had moved back in with his mother. Another pretrial hearing was set for October 11.

Outside the courtroom Tuesday, Cruz referred questions to his attorney, Jesse Adams, who issued a statement on his client’s behalf early Tuesday afternoon.

Adams added that Cruz would continue to be a candidate for City Council.

According to the police report, police were called to the house by the alleged victim, who told police that Cruz — her boyfriend for the past year — got into an argument when she wanted her phone back from Cruz. During the argument, Cruz “pushed and pinned her up against the wall, and grabbed her by the neck and squeezed tight in a strangulation motion,” the report reads.

The woman allegedly lost her breath, “momentarily,” due to this action, the report continues.

Officers at the scene saw the alleged victim’s neck was red with light bruising, which is consistent with marks left by having pressure applied to the neck area, the report notes.

On his Elect Ernesto Cruz page on Facebook, Cruz describes himself as a local activist, consultant, and organizer who has lived in Springfield from the age of 3 months. Cruz attended Springfield public schools, Holyoke Community College, and the University of Connecticut.

He got involved in politics in 2009, when he volunteered in state elections, then in 2011 became campaign manager for Jose Tosado in his quest to become mayor of Springfield. Tosado lost that race to current mayor Domenic Sarno.

Cruz himself ran unsuccessfully for Springfield City Council in 2013.

Tosado, elected as a state Representative in 2015, endorsed Cruz for City Council at an event in March.

In an email Tuesday, Tosado wrote that he had endorsed Cruz at his kickoff and prior to the incident, but said he was rescinding his endorsement.

“I can tell you that Mr. Cruz is no longer on my staff and has not been so for at least a month,” Tosado wrote. “Further, I have not been active on Mr. Cruz’s campaign for quite a while and do not anticipate being so in the future.”

Cruz’s campaign experienced a shakeup when Campaign Treasurer Dominique Wise resigned on July 6. On August 8, Masslive reported that Wise accused Cruz of mishandling campaign funds at a June fundraiser. Cruz denied the allegation in the story and said the amount of money raised at the event was between $100 and $200.

Wise also has a suit against Cruz in small claims court for between $2,000 and $5,000, according to court records.

Cruz will appear on the ballot for at-large Springfield City Council on Sept. 19 for a preliminary election. The top 10 vote-getters will advance to the November election, during which five candidates will be selected for the at-large seats.

We will update this story as more information becomes available.