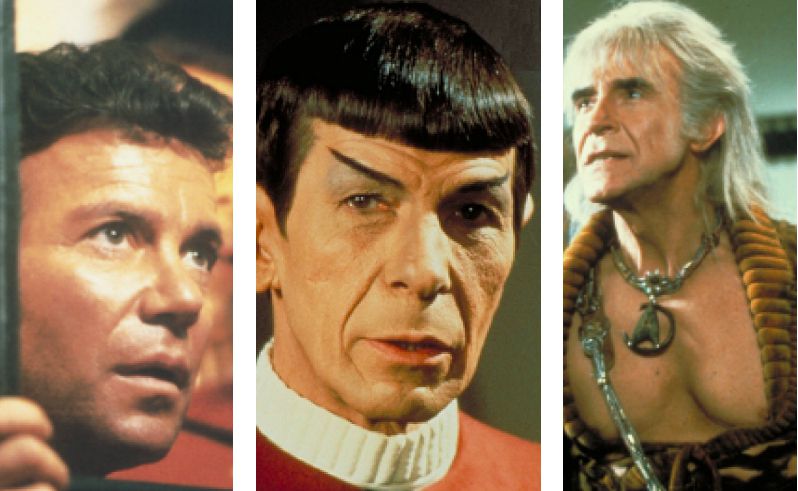 For all its ham-fistedness, the world of Star Trek has done an impressive job of putting important issues in front of its audience over the years.

And while the first series was set sometime in the 2200s, it all began, in our world, during the late 1960s — and Star Trek writers were quick to use their platform as a way to craft parables about racism, Vietnam, and more.

This week, Cinemark Theaters will be screening Star Trek II: Wrath of Khan.

There has been a long line of Star Trek stories in the years that followed the original, short-lived series; this year’s television series, Discovery, will be the sixth Trek show to come to TV (or seventh, if you count the animated series of the 1970s). And while the details may vary, each installment has carried, in its own way, the flag first hoisted by the original series. In the end, Trek is always reminding us that wherever we are, we are not alone, and it is better for all of us if we work together. “‘Let me help,’” quotes William Shatner’s Captain Kirk in a fan favorite episode. “A hundred years or so from now, I believe, a famous novelist will write a classic using that theme. He’ll recommend those three words, even over ‘I love you.’”

That emphasis on helping your fellow man (or Vulcan) never hit me harder than it did at the conclusion of Wrath of Khan, which screens at local Cinemark theaters this Sunday and Wednesday to mark the film’s 35th anniversary; Shatner will beam-in a special introduction to the film.

I won’t ruin the ending for anyone who has yet to see the film, but it might not be a bad idea to bring tissues. Even if you don’t feel that emotional wallop that still gets me every time, you might need them for the tears of laughter that may accompany some of the film’s scenes that haven’t aged quite as well, like the infamous shot of Kirk, trembling with an impotent rage, letting loose a mighty “Khaaaaaaaannn!” when the film’s villain (played here by a peacocking Ricardo Montalban) maroons him on an asteroid.

But if Khan is one of the films that have held up better over time, the truth is that Trek has always done better as a series; it is perhaps no accident that this 1982 sequel is a kind of double-sequel, following on the heels of the first Trek movie, but picking up its story from a 1967 episode of the series, “Space Seed,” which ended with Kirk marooning Khan (Montalban again in the original role) and his followers on a barren planet. If you’re looking forward to diving into the world of Star Trek again this month, a night out with an old favorite is a great way to start the voyage.

Also this week: “A Private Little War” was the name of the second-season Star Trek episode that concerned itself with the war in Vietnam. In it, the crew of the Enterprise find that a once peaceful planet has been turned into a conflict zone due to the meddling of outside forces. To settle the balance of power, Kirk decides that the only solution is to do some meddling of his own in the hope of stabilizing the conflict. In the end, he knows that he has only doomed the factions to an ever-increasing arms race, and an ongoing cycle of violence.

The actual war, of course, would not be so easily summarized. But this week, Valley filmgoers have a chance to catch an early look at Ken Burns and Lynn Novick’s 18-hour epic The Vietnam War, a new documentary series set to premiere on Sunday, Sept. 17. Visceral in a way that Burns’ documentary The Civil War couldn’t be, this new series explores the war through the testimony of nearly 80 witnesses, including American soldiers and anti-war activists, but also combatants and civilians from North and South Vietnam. Interspersed with the first-hand accounts are photos and archive footage from the era, as well as secret recordings made by the Kennedy, Johnson, and Nixon White Houses. Presented by WGBY and screening at the Academy of Music in Northampton on Sunday at 4 p.m., this one-hour sampling is free and open to the public. A panel discussion about the work will follow the screening.