Michael Ruffino of the Unband: All Rock, No Bullshit 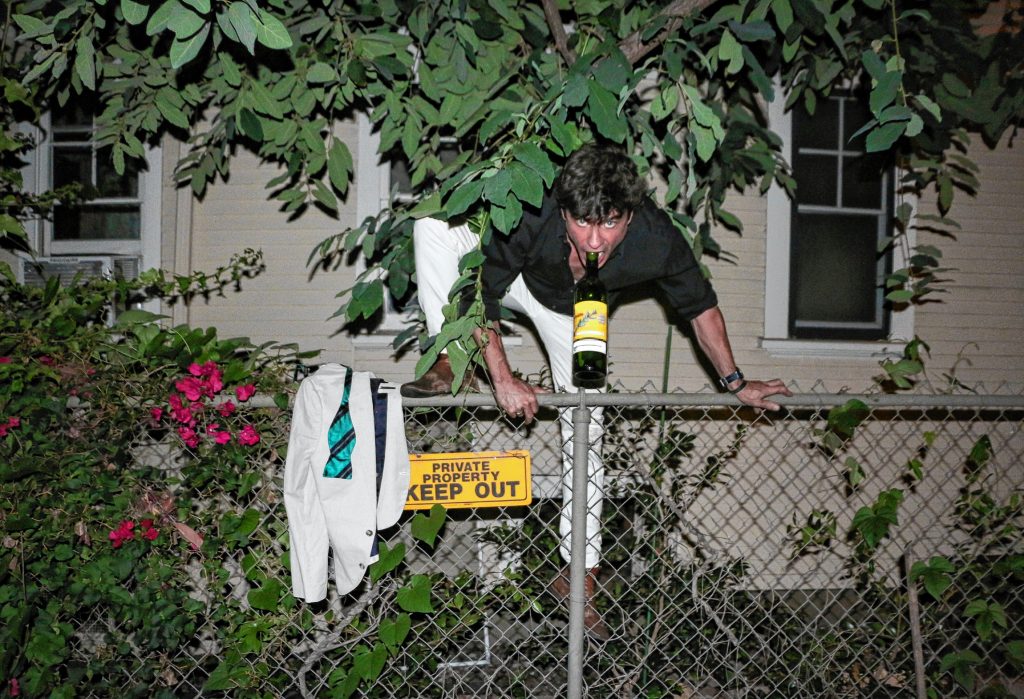 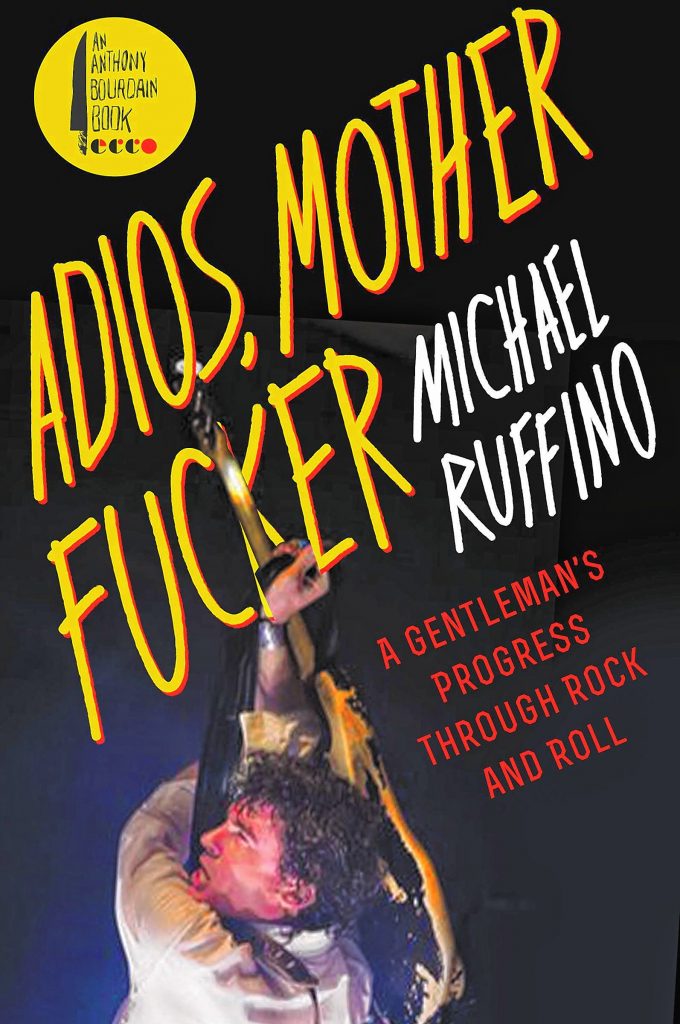 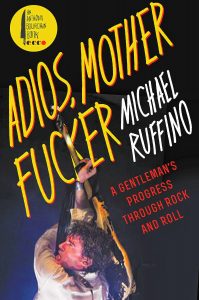 Outside on the deck at Northampton Brewery,  I ask the rocker with a new memoir about music, the Valley, LA, the creative process, his book; and he’s refreshingly candid.

How do you feel about the music in the ‘90s, Mike?

“Just self-centered people, trying to be deep, but not being deep. It’s like, talk to a professional about this instead; don’t make me sit through it.”

What do you think of Northampton?

“It gets harder and harder to find places to play — and it’s a disturbing trend. There was no shortage of clubs and house parties, but now, the idea of Northampton without a bar/club is insane — something is wrong with it.”

“If there’s a clothing boutique at a rock concert, you need to take a step back. I did Coachella once. That was plenty.”

How do you make it in the entertainment industry?

“It isn’t just persistence. I guess it’s sitting down to write a 400-page answer to a question no one asked and feel like not a complete asshole.”

This attitude of stark honesty and zero fucks makes Ruffino’s new book, Adios, Motherfucker: A Gentleman’s Progress Through Rock and Roll, an enthralling, enlightening, and funny collection of wild stories pieced together from what he remembers and what he was able to confirm with the folks who were mostly there. 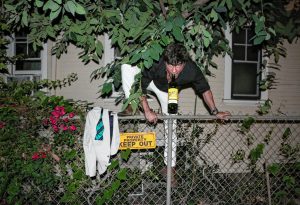 The book begins in the Pioneer Valley, where Ruffino grew up and the Unband came together, and goes on to recount plenty of stories from Northampton, NYC, LA, and the rest. It takes the reader into the dirty clubs they played, the drugged-up squirrely situations they got themselves into, the long process of recording and promoting an album, and the tricky negotiations musicians have to navigate with gatekeepers: management, record labels, bookers, club owners. His details are live and in technicolor. Take this passage from his time in Manhattan, before the Unband was signed:

“There was plenty of day drinking, couch-and-bed-hopping, and emerging from druggy basements into despotic sunlight to marvel and tsk at the commuter class.”

Can’t you just feel the dehydration, smell the vodka breath, and wince at the sun’s sting? I think I need an aspirin.

Adios Motherfucker is an updated version of Ruffino’s first book, Gentlemanly Repose: Confessions of a Debauched Rock n’ Roller, which was mostly a reprint of his rock n’ roll lifestyle column for the NY Press, a defunct alt-paper in New York City. Adios, MFer treads over similar ground to Gentlemanly Repose, but provides a fuller context, more details, and more continuity, Ruffino says. The book is possible because Ruffino had the foresight to keep a tour journal.

“A lot of really funny things happened that I was in no condition to remember, so I kept tour diaries,” he says.

Also celebrity chef Anthony Bourdain really liked the first book. The two met in California during the Repose book tour. Bourdain, who published Adios through his deal with ECCO Press, told Ruffino that if he ever had the chance, he’d get Ruffino’s book in front of more people. The two struck up a friendship from there that continues today. Ruffino writes the music for Bourdain’s show Parts Unknown.

“At the time [Bourdain] says to me, I can’t imagine how I’d ever be in a position to see that book published, but if I ever am I’d like to republish it,” Ruffino says.

For the memoir, Ruffino went back through the pages and picked out some of his favorite stories. He then reached out to the people who were there to get their versions on what happened.

“It’s a weird thing to research your own life,” he says. “I tried to be as straight as possible, all kinds of things people will remember different and took some licenses.”

The book follows a linear timeline, but really, you can open to any page and start reading — which seems fitting for something produced by a member of the Unband.

Hey Mike, what is an Unband?

“Wherever you stick us, we’re still the other thing. It’s certainly fun.”

The Unband was founded in the late 1980s to not be everything and anything a band was supposed to be. Consisting of Eugene Ferrari on drums, Matthew Pierce on lead vocals and guitar, and Ruffino on bass, the Unband is still together and plays a show or two a year. The bands’ first recording was Good Music and their first full-length album was Chung Wayne Lo Mein. Some of their biggest hits are “Everybody Wants You,” “Pink Slip,” and “Geez Louise.” During their “unreign,” the band’s website says, they opened for Dio, Anthrax and Def Leppard.

The Unband is about celebrating, Ruffino says. And in that respect, the band stood out from the grunge scene, which had engulfed any sound that included a guitar.

“It used to drive us crazy,” Ruffino says. “We’ve never gone in for all that heart on the sleeve, talking about your feelings with a guitar shit.”

But back then, in Northampton, you didn’t have to have a popular sound to get stage time, Ruffino says. A group of musicians in Northampton could form a band in the morning, give themselves a name by afternoon, and book a show at the Baystate for that evening, he says referring to the revered, mashed up music venue on Strong Avenue where The Sierra Grille, Mulino’s, and Bishop’s Lounge now resides.

Now bookers and venues, he says, are too worried about money and are less willing to take risks on new, possibly unprofitable, bands. But rock ‘n roll, Ruffino says, needs risk to survive. Without risk in music you’re left with a bunch of sellouts with nothing to say.

“The music industry was a very different animal to the extent the way things were done, in the general way you operated as a band,” he says. “There was a sort of freedom that was possible because it didn’t really matter. There was no main objective. If you got ambitious you could go to New York that was it.”

The Unband is deliciously risky, which is part of the reason Ruffino’s book is such a page-turner. We’re treated to nights spent on the benches at Central Park; chugging anti-freeze to comfort a friend; bare-ass concerts; riders filled with demands for “dollhouses full of beer,” “the pear of anguish,” and “enough liquor to kill a man”; and an evil dwarf let loose in a tourist cavern.

Dodging full beers, getting booed, and being in front of an audience with no clue what will happen next are all important milestones in any rock ‘n roll musician’s life, or at least it should be, Ruffino says.

There’s freedom in risk and hedonism, surprise, insanity, chaos, rawness — all the things that make rock ‘n roll so fucking exciting. And Ruffino is bummed that the crazy is being sucked out of rock by money, fear (of not making money), and YouTube.

Ruffino likes a lot of things about YouTube — it’s great that anyone can control the means of production — but the isolation that comes along with playing for an online audience is a creativity killer.

“Now you can make a band, record an album in a dorm room and there you go, but that does not necessarily mean that that’s better,” he says.

“It doesn’t have the opportunities for freedom in the sense that there is a feeling in a room full of people, people there to hear you, and you have no idea what you’re doing and no one has any idea more than you do — that’s a good feeling.”

With recording in a dorm “there’s no point you’d get pegged in the face with a beer, or people slam you on a car and say I can’t wait to upload this!”

“You’re not free to be big and creative. Now you’re marketing yourself and that’s a lot different than marketing your creativity,” Ruffino says. “For a band, for a ridiculous rock band, this whole situation is like a bat signal.”