Interview: The Pixies On Music, Reuniting, And Annoying The Neighbors 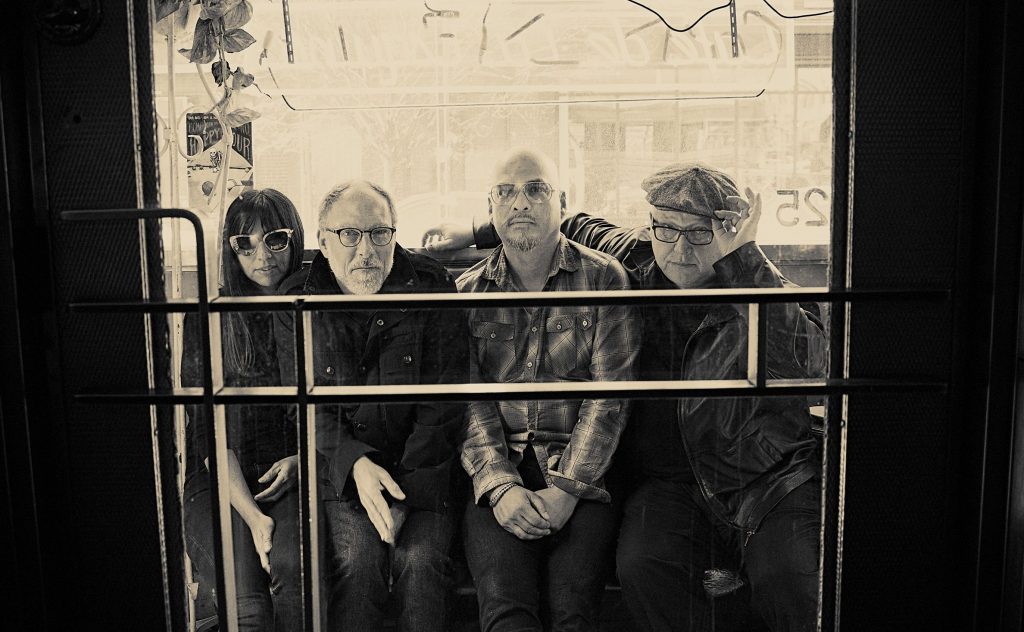 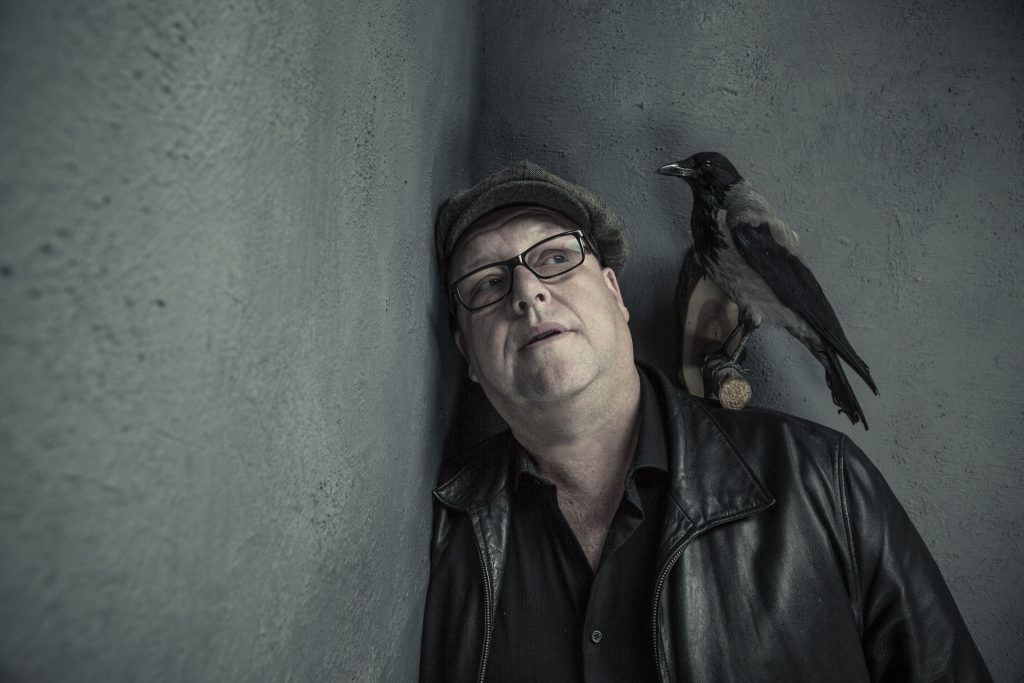 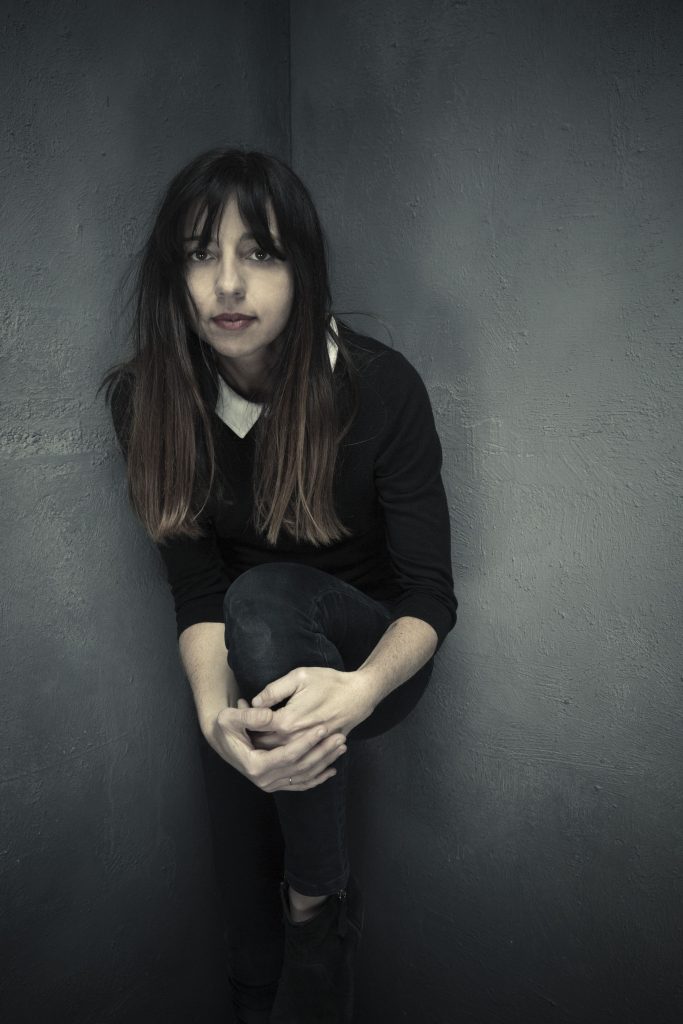 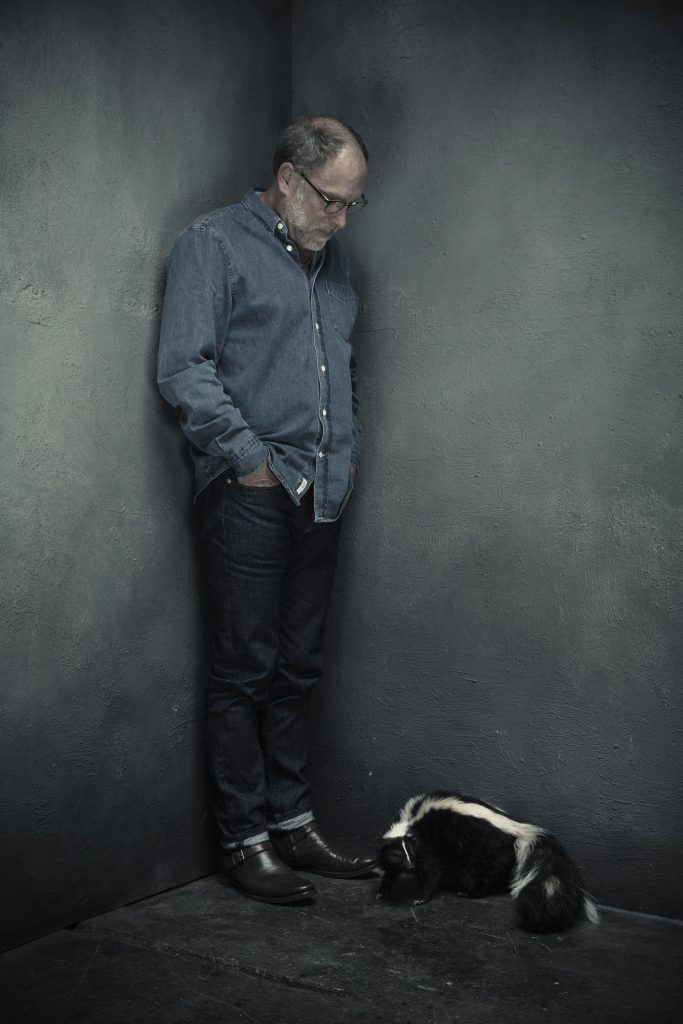 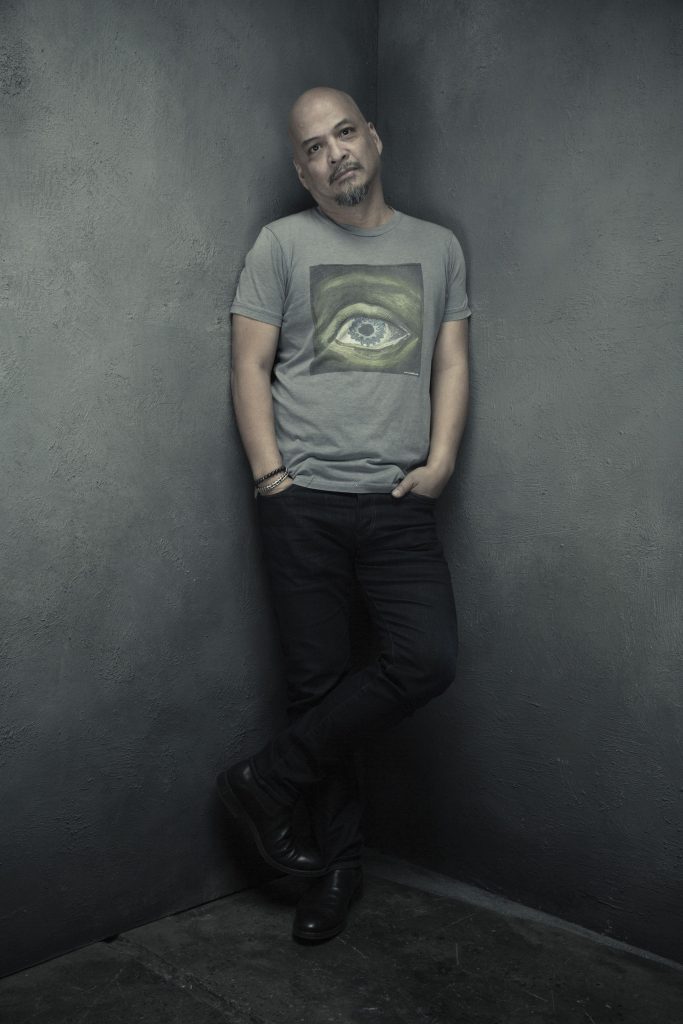 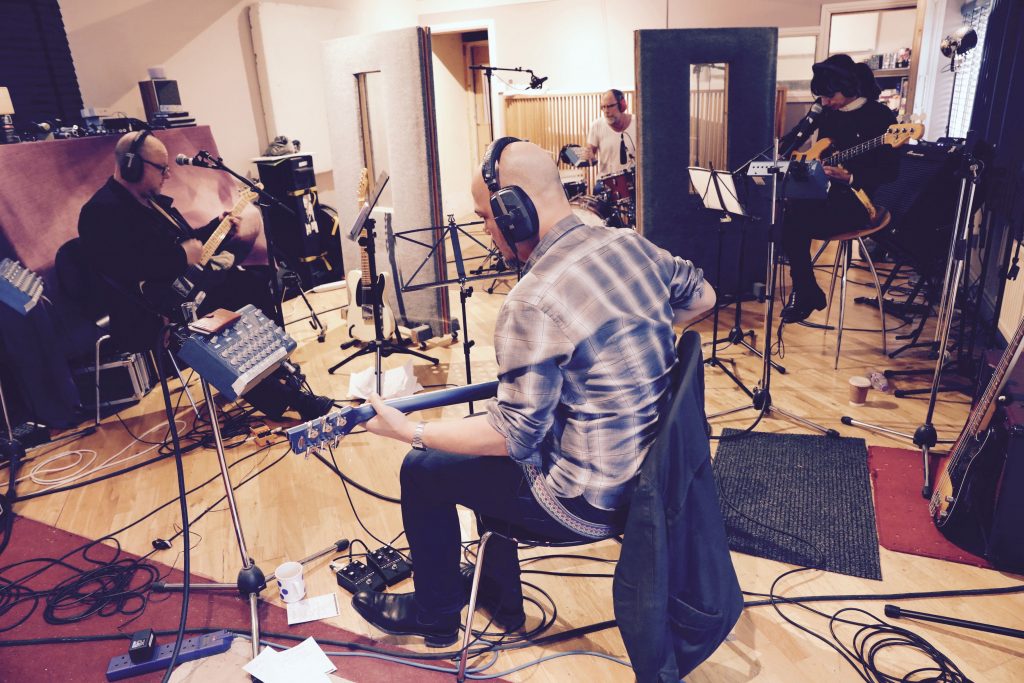 There’s no band quite like the Pixies with its blend of dissonant noise pop, psychedelic hard rock, surf-drenched reverb, punk rock-ish DIY leanings, and surreal lyrics that cover bizarre topics from extraterrestrials to biblical violence.

Since the band’s 1986 formation at UMass Amherst, the Pixies have played thousands of shows across the world and on Sept. 20, the band returns to Western Mass to play Smith College’s John Greene Hall in Northampton. 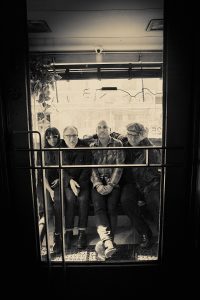 The Valley Advocate interviewed three-fourths of the legendary alternative rock band, including guitarist Joey Santiago, drummer David Lovering, and bassist Paz Lenchantin. The band’s frontman, Charles Thompson IV, aka Black Francis, who lives in Northampton, declined to do an interview during the band’s current tour, according to media representatives for the band.

A typical Pixies show consists of a 90-minute set without a pre-determined set list, Lovering said.

“So, every show is different. We know what the first song is and we know what the last song is. Everything in between, we have signs and we know that song goes with that song. It’s basically non-stop,” he said. “We don’t talk with the audience. We just play music as fast as we can from one song to another without a break … If you’ve never seen the Pixies don’t think that we’re being anti-social by not speaking. We’re doing a rock n’ roll show with all music and that’s it.”

This won’t be the first Smith experience for some Pixies. Santiago said he remembers “hanging out with a bunch of knuckleheads” and being thrown out of a party at Smith College in the 1980s.

“For one reason or another, a stupid fight broke out and I was within that group that was at the party,” he said. “I would hardly be there. I hardly went out. I would just go to a bar and drink.” 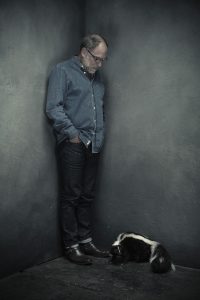 He also saw British post-punk/new wave band Modern English with garage rock band, The Fleshtones, at Smith College that he went to with Black Francis. They were more interested in seeing The Fleshtones because of their raucous garage rock song, “Right Side of a Good Thing.”

Like I noted, the Pixies are no strangers to the Pioneer Valley. Santiago and Black Francis first met at UMass Amherst. Santiago grew up in Longmeadow and attended Wilbraham-Monson Academy in Wilbraham.

Santiago described playing Pearl Street in Northampton as a “big fucking deal” once the band started getting more recognition.

“No one actually knew I played guitar. My classmates were shocked when the Pixies kind of blew up … Only a few classmates knew that I would go and jam out. I was a bedroom player and I just studied by listening to music. I knew by high school. I read all the notes.

“I knew who the producers were. I knew who the players were. I just delved into the music heavily. I even went to the public library in Springfield and took out some records that weren’t in record stores. I was fed up with the radio. I just didn’t like it. I didn’t like that 1980s sound at all. I was just listening to older stuff from Les Paul, Wes Montgomery, and all that stuff. They had all those other things that you could learn from in the library,” he said. 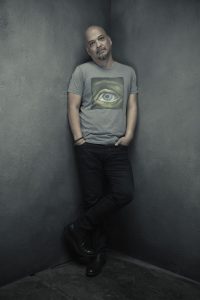 Listening to records wasn’t about learning all the catchy licks for Santiago, it was about understanding different styles of guitar playing to develop his own voice on the instrument.

“It’s the first band I’ve been in and the first successful band. I guess there’s that magic element that we just sound like the Pixies, you know. I get to be myself playing and I managed to find my own voice with the guitar that only belongs to the Pixies,” he said.

The band has even recorded portions of its 2013 extended play recording, EP1, at Sonelab in Easthampton, Lovering said.

“We were rehearsing in Northampton for the beginning of a tour and we had to do some sort of a single or a B-side and this was just right next to the rehearsal studio,” he said. “And it was very convenient. The best thing about it is I think we did it in three or four takes.”

During the band’s early years in the mid-1980s, they used to practice with three amplifiers, a PA system, and a drum set in Lovering’s parent’s  garage in Burlington, MA,  he said. They’d rehearse, 7-10 p.m., and although none of his neighbors complained, he said they probably weren’t thrilled by the late night rehearsals.

“It wasn’t until the Pixies made it and we were kind of a successful band, then going back home to visit my family that my neighbors would go, ‘Oh, it was a joy hearing you then,’” Lovering said.

The Pixies broke up in 1990 before reforming in 2002 with all the original members, including bassist Kim Deal. In June 2013, Deal left the band and it was a challenge for the Pixies to continue on without her.

“When Kim left it was a big loss,” Lovering said. “We didn’t know what to do. The band pretty much almost broke up until we decided to just forge on. We were in the recording studio when this happened. We forged and did Indie Cindy. After that, we had to think about the bass player.

“The Pixies formula, it’s usually a woman [on bass], and Paz came along. I have to say, it’s been wonderful with Paz. First of all, she’s an awesome bass player. She learned all these songs in a flash. It’s a joy to play with her. In fact, I’m playing better now because I don’t want to be embarrassed because she’s so good. The rhythm section has stepped up.” 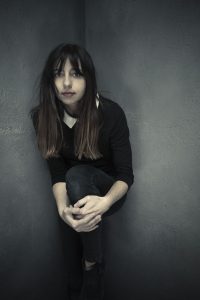 During the past four years, Paz Lenchantin has played more than 500 shows with the band as the newest addition to the group. She learned more than 80 songs spanning the Pixies back catalogues from past records such as Surfer Rosa and Doolittle as well as new material off of the band’s 2014 release Indie Cindy.

“Pixies completes me as a musician,” Lenchantin said. “I don’t have to keep looking for another outlet because it has everything I need, even in the mood of the music. It’s not just one kind of music. You’ve got some pretty punk rock music and some poppy songs. As far as songwriting goes, it’s all there.”

She said she received a phone call from Santiago in 1996 or 1997 asking to play on a tour as a bassist for The Martinis – a band that Santiago formed with his wife Linda Mallari. After that tour, she didn’t hear from Santiago until almost two decades later.

“I get another phone call from Joey Santiago saying now that he needs a new bassist for the Pixies. Mind you, there’s been absolutely no interaction from him. I never talked to Joey after that. I didn’t see him for a good 17 years or so … But it seemed like the next day because we’re time travelers,” she said jokingly.

Lenchantin wasn’t the first bassist to play with the Pixies after Deal left the group – Kim Shattuck of the Muffs joined the band in 2013 before being fired later that year. After Shattuck left, Santiago called Lenchantin and asked her to join the Pixies, she said.

They’ve given me free range,” Lenchantin said. “They let me direct one of the music videos for ‘Classic Masher’ … They’ve opened the doors to me completely to make me feel at home. I get to be myself and they accepted me for who I am and luckily it really works with the band. I don’t have to try to be someone else.”

Up Until 4 In The Morning 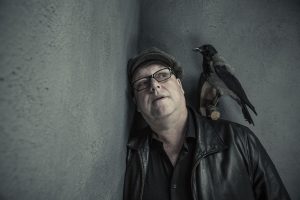 “It’s challenging to come up with parts. It takes a while. There’s something, once again in my head, that I need to get out. It’s some kind of sound and I don’t know what the hell it is, but I can kinda hear it or feel it,” he said.

They ended up writing at least 20 songs, 12 of which were recorded for the album, which  was originally planned to be titled “Cephalaophore,” a Greek word for head carrier that alludes to depictions of martyred saints carrying their heads after being executed, Santiago said.

All of the Pixies lyrics are written by Black Francis, she explained. She wrote the music to one of the songs on Head Carrier called “All I Think About Now,” which came about late into the creative process.

“[Black Francis] asked me what I wanted to sing about because he wanted me to sing and I thought it was an exciting question and exciting time in my life and in my mind, ‘How did I even get here. How did I even get to the point where Black Francis is asking me what I want to sing about for the next Pixies record?’ And so, I had to pay tribute to one of the reasons why I was there and that was because of Kim Deal. And so, immediately I responded by saying, ‘I want you to write some lyrics as a thank you letter to Kim.’” 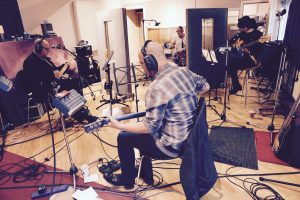 Lovering said Head Carrier harkens back to a classic sound for the band.

“It wasn’t intentional that we were doing it, but I think the reason maybe it happened that way is this is the first album that we’ve done since the first album, Come on Pilgrim, that we had a luxury of having seven weeks of pre-production; of really working on these songs and knowing them inside and out. Throwing away the ones we didn’t like and honing them until we became extremely comfortable with them. Going into the studio, it was a breeze.”

Santiago described the record as “nice and punchy.”

“Just like back in the old days,” he said.

In the past, the Pixies had never scrapped any of the songs they’d written, pretty much every song ended up on a record, Lovering said.

Lovering said he developed a newfound appreciation for the band when they reunited in 2002.

“I’ve been fortunate enough that the band broke up once and I was resigned to the fact that we would never get back together,” he said. “So, when we did get back together again, I appreciated it so much more. I still have a newfound appreciation of it still. The only thing that pisses me off is when I see people who have an ego in bands with privilege and things like that. Because that should not be. It’s just like working any other job. I was working at Radioshack. Why should I walk all high and mighty?”