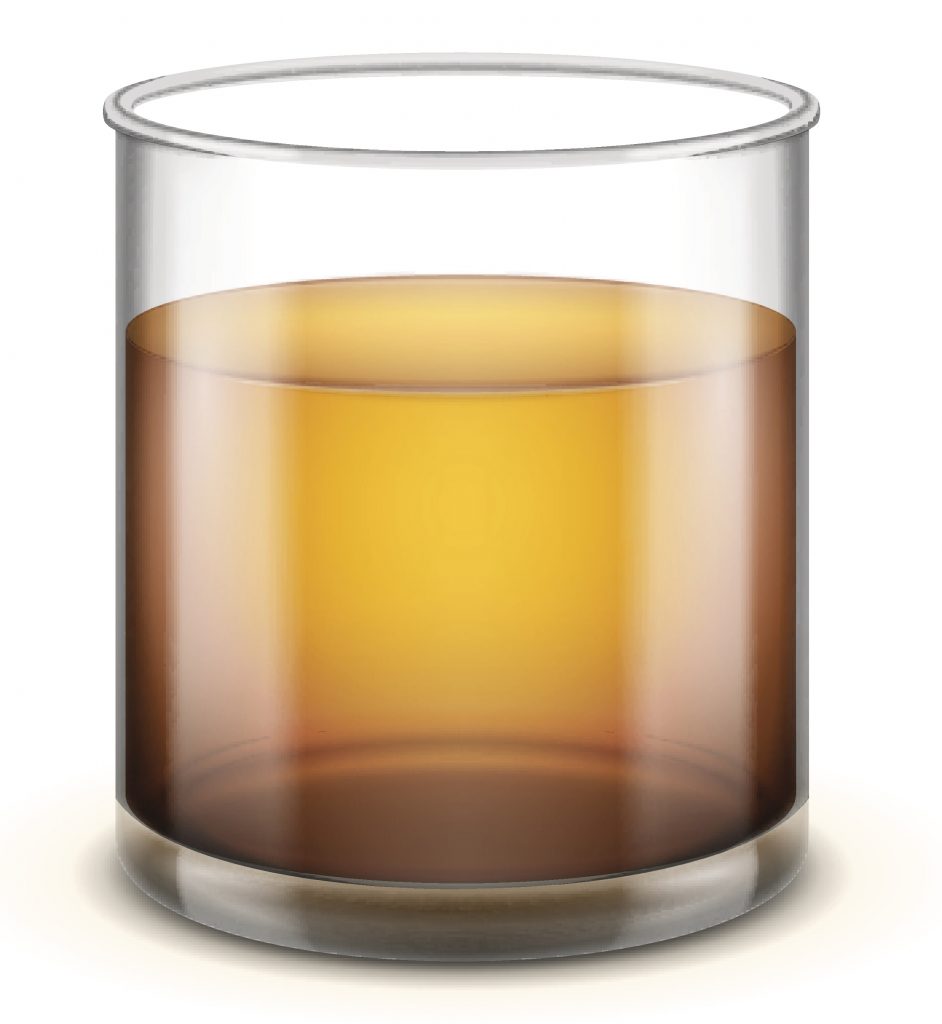 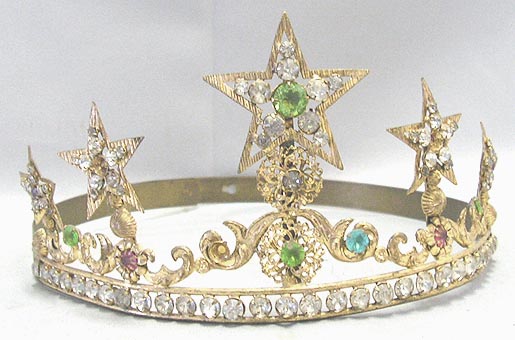 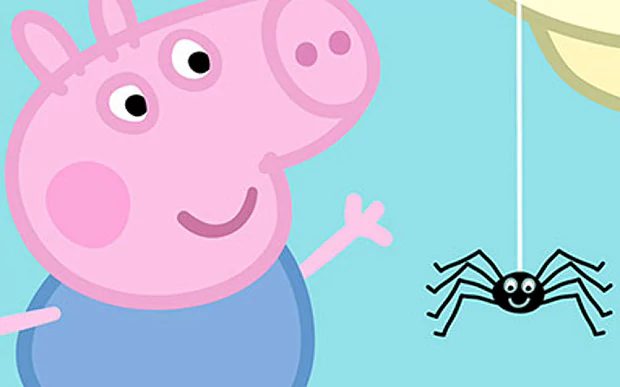 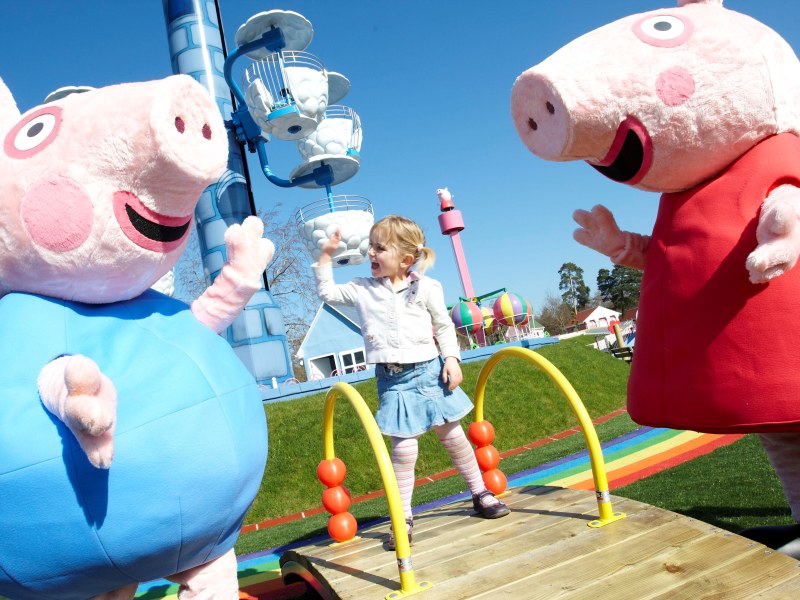 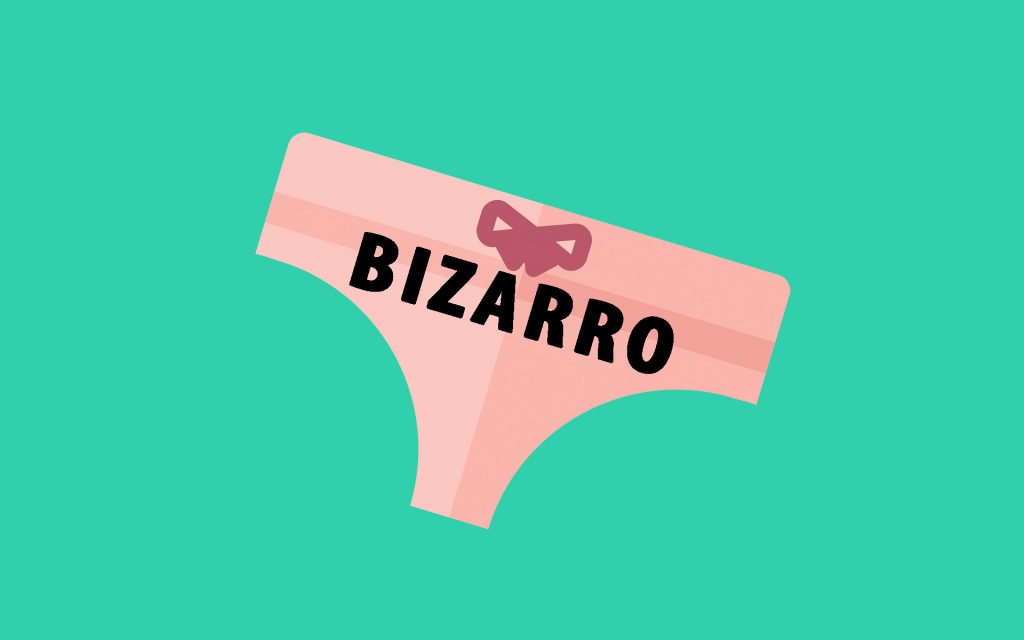 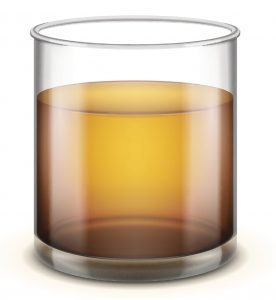 Massachusetts is home to so many agricultural fairs, it can be difficult to stand out during fair season, which we’re in the midst of right now. Setting themselves apart from the pack is the annual North Quabbin Garlic & Arts Festival in Orange, Mass., which will feature recycling human urine this year. The festival, scheduled for Sept. 23-24, will collect the urine of the events estimated 10,000 attendants from portable toilets designed by Brattleboro-based nonprofit Rich Earth Institute just for this purpose. The urine will be treated and used to fertilize hay in the field where the event is held. Organizers are hoping to collect 1,200 gallons of people pee.

Even dudes puking like freshmen deserve to have nice kicks, or at least I think that’s the reasoning behind the new Adidas Munchen Oktoberfest sneakers. Launched earlier this month, the sneaker is an update on the classic Adidas style. The limited edition shoe was released in celebration of the beer-glugging Oktoberfest, Sept. 16-Oct. 3, and has the German word “Prost,” cheers, stitched onto it. What makes these sneakers really special, however, is that they are vomit and beer resistant, according to purveyor 43einhlab. The sneakers came with a limited edition beer mug (now sold out) and cost about $238.

As Long As I Can Keep the Money … 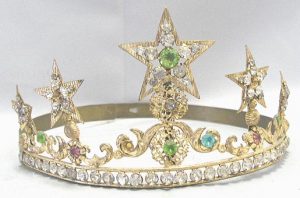 Being a princess might be nice, but it’s not as nice as Kei Komuro. Japanese Emperor Akihito’s oldest grandchild, Princess Mako, is giving up her crown to marry her commoner fiance, Komuro. The two have been together for five years and expect to be married in 2018, the same year the emperor is set to retire. So who is Mako giving up the crowd for? Komuro, 25, and Mako met as classmates at the International Christian University in Tokyo. Komuro is described by his friends as “honest and polite,” but also “the life of the party,” according to Japan Times. He enjoys skiing, playing violin, and cooking. Komuro lives with his mother and grandfather, but is not completely devoid of royalty: In 2010, Komuro was named “Prince of the Sea,” the title of the tourism ambassador for the city of Fujisawa in Kangawa. As a royal woman in a phallocentric monarchy, Mako isn’t giving up much: she couldn’t ascend to the throne and she’s still going to be princess-rich.

Andy Grimm was taking photos of lightning for the New Carlisle News at around 10 p.m. on Sept. 4 when he came upon a traffic stop. Thinking the stop would make for a good photo, he got out of his car and started setting up his tripod and camera when he heard “pops,” Dale Grimm, Andy’s dad and the newspaper’s owner, told the Washington Post. Andy was shot in the side by Clark County Sheriff’s Deputy Jake Shaw, who thought Andy was a gun-wielding assailant coming straight for him. Andy is expected to recover and he’s forgiven Shaw. On Facebook the newspaper pleaded with the public asking them not to “mean mouth” the police. “I know Jake,” Andy says, “I like Jake.”

Seeking to expand beyond burnt-flavored coffee and stale pastries, Starbucks is experimenting with its lunch menu. Among the abominations being tested in a Chicago Starbucks is the supremely shady Chicken Maki Roll, which the internet has simply dubbed, the “Sushi Roll.” Sushi rolls — giant sheets of nori wrapped around rice and raw fish with carefully sliced vegetables — are common fare. Starbucks doesn’t want to deal with raw fish, but they do want to reap the social cachet of the word “sushi,” so the cafe’s roll is stuffed with shredded chicken, tomatillo salsa, lime crema, rice, and veggies. It’s an embarrassment to sushi and burrito. When people complain about cultural appropriation, they’re talking about shit like this.

You Can’t Do That in Australia 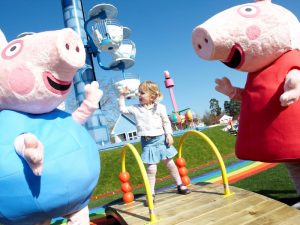 An episode of Peppa Pig, a British cartoon about a piglet who has all kinds of mind-numbingly boring “adventures” in her quest to be proper, was recently yanked from airwaves in Australia. You see, in the episode, “Mister Skinny Legs,” Daddy Pig tells little Peppa not to be afraid of the spider in the bathroom because it is “very small” and “can’t hurt you.” This is true in most places, but not Australia. The nation’s deadly spiders include the venomous redback, the funnel-web, the white-tailed, and the wolf-spider. The Australian Museum estimates 2,000 people are bitten by redbacks each year in the country. This isn’t the first beef Australia has had with Peppa. In 2013, a popular conservative commentator raked the pigs over the coals for the show’s allegedly “weird feminist line.”

Sweden wins this week’s award for most despicable bizzaro tale. The Scandinavian nation is deporting the world’s oldest asylum seeker back to Afghanistan, 106-year-old, blind Bibikhal Uzbek. At age 105, she was carried to Sweden on the backs of her son and grandson as they made their way from Afghanistan through Iran and Turkey, then on into Europe. Sweden told Uzbek that her hometown of Kunduz, where heavy clashes occur between Afghan forces and the Taliban, is safe enough for the centenarian. Her family says after receiving the rejection letter, Uzbek had a stroke. She is now challenging the deportation, and can appeal up to three times — a process that may take long enough to keep her from winding up back in Afghanistan. Her family, however, may live longer and get sent back to face war, suicide bombers, and the Taliban. 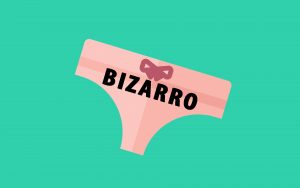 When you pay $17.31 for your date’s ticket to see Guardians of the Galaxy, Vol. 2, you expect a certain level of paying-attention -to-the-movie to accompany the affair. That isn’t what Brendan Vezmar of Austin, Texas, says he got back in May, however, so he decided to make a case out of it. Vezmar sued the date he took to the movie for the cost of the ticket because she was texting during the movie. In news reports, Vezmar says he asked her to stop, but she refused before leaving the movie without him. It was their first date and Vezmar had to find his own way home. Vezmar then sued the woman in small claims court. The story took off online and the movie’s director chimed in to back Vezmar. During a televised and planned meeting between the former daters, the woman paid Vezmar back the $17.31 in the hopes of ending this ridiculousness. The woman said Vezmar’s behavior was creeping her out on the date and that is why she left. Vezmar says he will withdraw the court case.

A seven year old British girl may now be the rightful heir to the throne. The girl was paddling in Dozmary Pool in Cornwall — the same lake in which the legendary King Arthur’s sword Excalibur was thrown — and discovered … a sword! Sir Bedivere is said to have cast the sword into the lake following Arthur’s death and the Battle of Camlann, and it is also where Arthur is said to have gotten the sword in the first place — from the Lady of the Lake. The sword is four feet long, exactly the height of the seven-year-old who found it, but her father doubted it is Excaliber or that she is the rightful heir to any throne. “I don’t think it’s particularly old — about 20 or 30 years old,” he told a local newspaper. “It’s probably an old film prop.” But then, he also told her “not to be silly” when she first said she found a sword.

Keep it weird Pioneer Valley, and let us know about it. Send weird news tips to deisen@valleyadvocate.com.