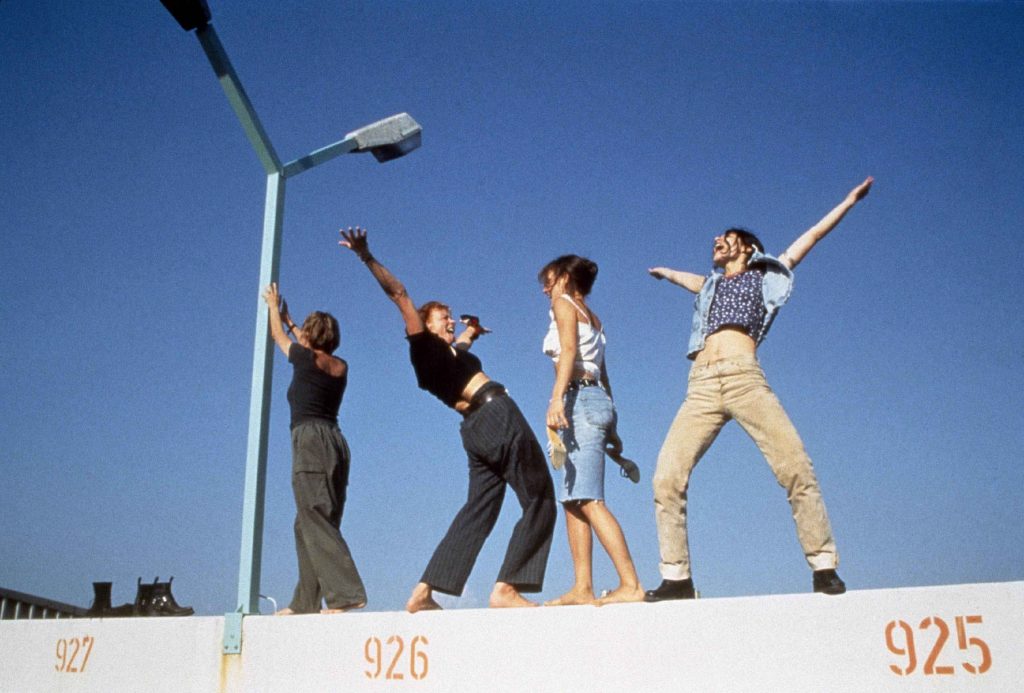 When September hits, the kids head back to school — and for film fans, that can be a great thing.

One of the many film events that are hosted on area campuses is The German Film Series, presented by the Amherst College department of German on irregular Thursdays in the school’s Stirn Auditorium. The series, which brings in a half dozen or so subtitled films each spring and fall season, is starting up again this week, and will screen Katja von Garnier’s 1997 film Bandits on the 14th at 4 and 7:30 p.m.

Imagine A Hard Day’s Night crossed with Hedwig and The Angry Inch and you’ll get a bit of the feel of Bandits. In it, four inmates at a women’s prison form a band as part of the prison’s professional development program. When they are offered the chance to play a gig outside of the prison walls, they seize their chance at escape. On the run, but suddenly enjoying a kind of Bonnie-and-Clyde popular following — an opportunistic record producer, looking to cash in on the news of the escape, releases one of the band’s demo recordings to radio stations — the Bandits knock around the country on an improvised tour as they plot to escape via a cruise ship gig.

A hit in Germany — where the soundtrack, much of it written and performed by the film’s actresses, was a success in its own right — Bandits was little seen here in the States (although it did have a short run in Northampton, at the Pleasant Street Theater where I projected it many years ago). For a hit of pop sugar mixed with a bit of escapist fantasy, Bandits makes for a fun fable.

Meanwhile, Amherst Cinema hosts its own German import this week when it pairs with the Goethe-Institut Boston to present its New Films From Germany series. Selections will screen once a month on Sunday mornings through December; the September title is Simon Verhoeven’s comedic drama Welcome to Germany (aka Welcome to the Hartmanns). The country’s most successful film of last year, it is the story of retired teacher Angelika, a do-gooder who declares that the family will take in a refugee. While her husband is at first opposed, he eventually agrees to visit a relocation center with Angelika, where he reveals how little he understands of the situation. Unsure of how to proceed, he asks the director, “Can we pick one out?” After an awkward pause, the director tries to explain that the facility is “not an animal shelter.”

Eventually, the family is paired with Diallo, a Nigerian refugee. And while the Hartmanns’ daughter finds a natural friend in their new family member, the neighborhood is not always so welcoming. A taxi driver stages a protest in the Hartmanns’ front yard, and an older neighbor threatens to call the police. But in all, Verhoeven’s film is one that chooses hope (and it is, after all, supposed to be a comedy). “We Germans are still so uptight about our own identity,” says Tarek, a German doctor of Arabic descent. “But this is a free, open-minded country. A cool country.” One gets the sense that while he might believe those words, he still feels the need to remind himself now and again.