Basemental: The Ups and Downs of Touring 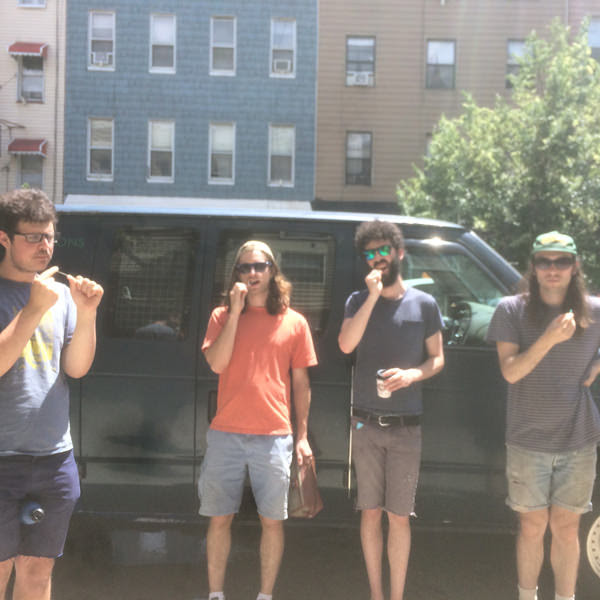 I used to think touring was excessive, stupid, and generally felt existentially conflicted about it. Why should I leave the house and use fossil fuels to do anything that’s trivial? Why should we impose our music on these seemingly nice people when there’s so much better music out there to listen to? Why should we take up space — any space — when there’s more people far more deserving? Should we be investing in our community instead? Are we wasting people’s — strangers’ — time?

Last summer was the first time my band, Bucket, went on tour. We drove around and, through the part of our (borrowed) van that had windows, saw soul-crushing condos being built in Brooklyn and the faceless sprawled out strip malls and highways of New Jersey. The shows and our band, at that point, were only okay and I would get bored driving around in the hot van, which didn’t have a stereo or A/C. I ended up wallowing in unresolvable questions (listed above) and just wanted to leave and be done with it. Should I just give up and climb into the comfortable cocoon of mediocre adulthood?

When the van broke down (at the furthest stop from home!), I hunkered down in a library and applied for a job (with health benefits). I didn’t get it. And here we are.

We just got back from our third run to Washington, D.C., and back. It was over the Labor Day weekend, and I have to admit: I’ve had a big change of heart.

Why? Maybe the band has gotten a little tighter. We borrowed a van with A/C and a working stereo this time. And the strangers we met last time are now our friends who we’re excited to visit. I’m much better at reading books in the car now, too, which totally beats existential angst.

Now my looming questions drive outwards, rather than in: Is it better to play small towns or big cities? This time we played two of each. Kingston, New York, and Salisbury, Maryland, in the small town category; and D.C. and Philly for big cities. Both had their perks and setbacks.

In Salisbury, for example, we played in an area that, according to our host, David, doesn’t have much of a music scene. We played at his venue, WORK, and with his band, Ready Secret Temple (which is probably my favorite band we saw on tour). It’s pretty clear that we were playing in a cultural desert, and WORK is an oasis. The Delmarva peninsula, where Salisbury is located, is the east coast capital of factory chicken farming and there’s not much to do.

The big cities have rich scenes that some might say are over-saturated with too many bands and shows and it’s easy to feel overwhelmed. Don’t get me wrong: some of my favorite bands are from these places and we loved our D.C. and Philly shows a lot, we met some nice new friends and saw some old ones, too. But I couldn’t help feeling something that touring musicians have told me time and again: Western Mass is great because it has it all.

Although I’m excited for the next adventure, it is always nice to come home.