Hidden Figures in the Silent Sky 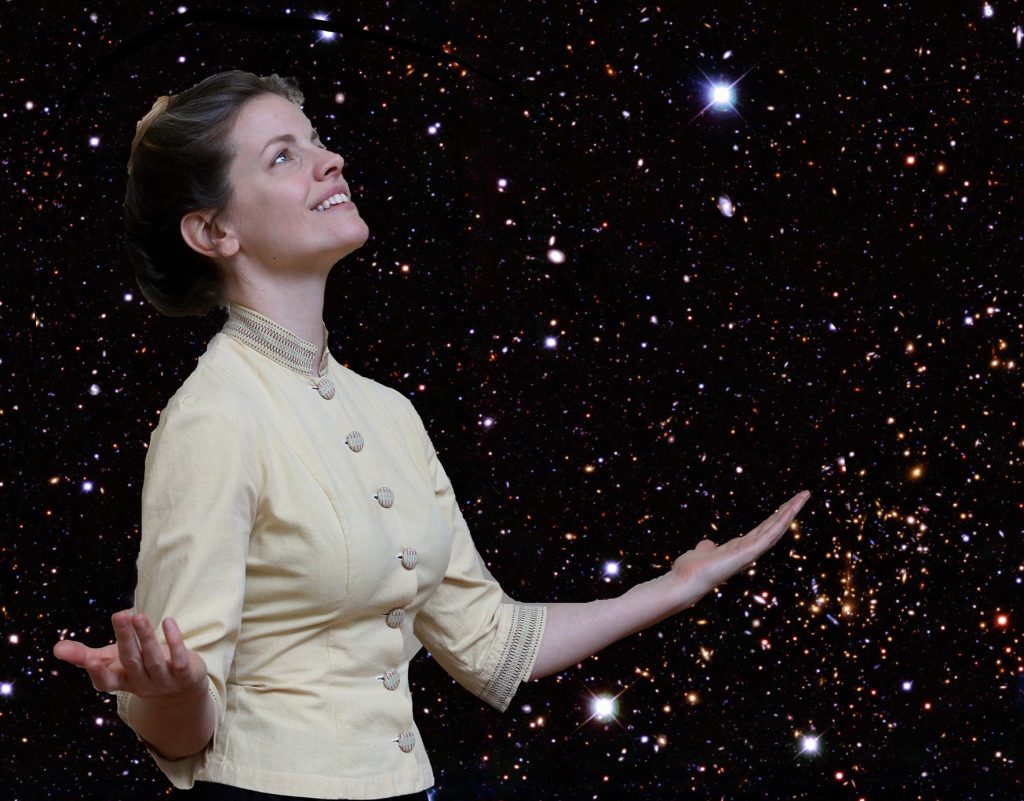 When Robert Freedman tells people about Silent Sky, the play he directs this weekend at the Shea Theater, they often think he’s talking about Hidden Figures, the recent movie about black women mathematicians who worked as “computers” for NASA in the 1960s. But, he explains, “While that movie told an incredible story about brilliant women facing sexism and racism to pursue their highest God-given talents,” this play looks back a further generation to tell the equally astonishing story of another real-life band of female scientists.

Written by the prolific Lauren Gunderson (who was last season’s most-produced living American playwright) and produced here by Spindrift Theater, Silent Sky centers on an early 20th century group of women who worked at the Harvard College Observatory, recording astronomical data for their male superiors. “They were not allowed to even touch the Great Refractor telescope,” Freedman says, as they served a famous male astronomer who called their work “girl hours” and took credit for it.

The play focuses on Henrietta Swan Leavitt, played by Myka Plunkett, who spent stolen hours pursuing her passion and ultimately discovered a key to measuring the distance between galaxies, now known as Leavitt’s Law. She’s joined by fellow “computers” Annie Jump Cannon (Louise Krieger) and Williamina Fleming (Marina Goldman), all of them reaching for professional recognition and personal fulfillment in a male-ordered society. The production also features Linda Tardiff and Reynolds Whalen, with original music by Jenny Giering.

“These stories made me realize how much progress has been delayed because of sexism, racism, anti-Semitism, homophobia,” Freedman adds. “Silent Sky is educational, but also has great humor … and human spirit, told through the lives of incredible women.”