Cinemadope: Missing the Warm and Fuzzies? 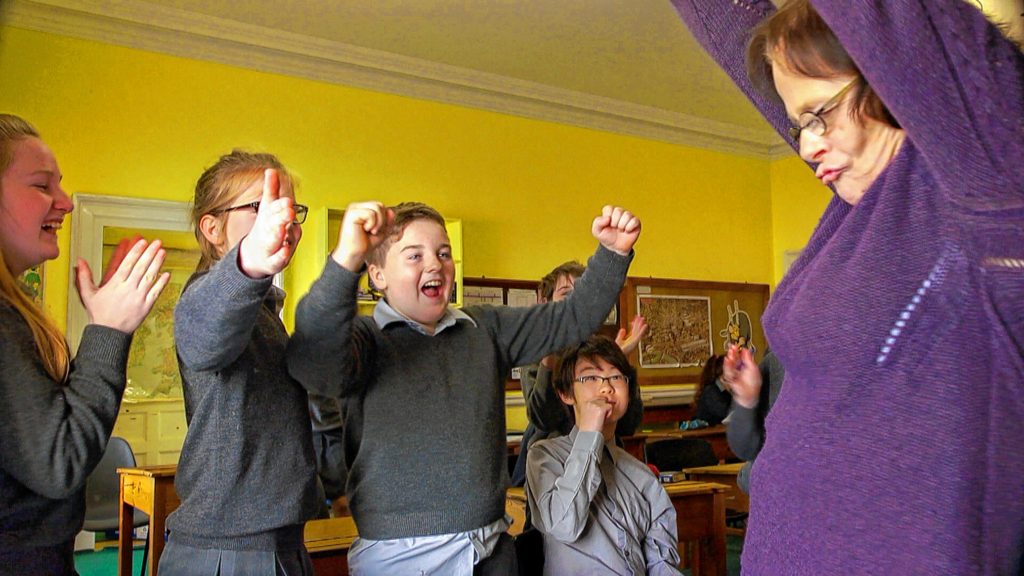 At the Headfort School in Kells, Ireland, two of the school’s most popular teachers are getting ready to retire.

The husband and wife team have been educating and inspiring children for almost half a century, and their example — and what the possibility of their retirement might mean for the country’s only primary-age boarding school — is at the heart of Neasa Ni Chianain and David Rane’s documentary School Life. It screens this weekend at the Berkshire Museum’s Little Cinema in Pittsfield.

The documentary draws us in, making us all wish to be children again, if only to be a part of something as special as the world of Headfort. Once the filmmakers step foot onto the school grounds, the cameras never leave; we are as immersed in the school’s landscape as the gaggle of children seen climbing an ancient tree on the green. And like that headmaster who felt called back to serve at the school he once attended as a child, we may never want to leave.

The soon-to-be retired John and Amanda Leyden are dedicated to their charges, watching over them with the open-minded ease that comes from decades of experience. “Well go on, impress me,” remarks John at one point, and that sort of open-ended challenge to students — giving them the belief that they can indeed impress, and the chance to prove it — proves empowering.

Also adding to the coziness of it all is the fact that the Leydens teach a range of subjects. Amanda teaches literature, but also mounts a staging of Hamlet, and John takes breaks from Latin and mathematics to lead the kids in a rock band.

But if it’s an inspiring world — and sometimes, with its green halls filled with old paintings and gilded frames, it seems a fantasy — there is also a certain lack of conflict. Things heat up briefly when headmaster Dermot Dix, himself once a pupil at the school, leads a discussion about same-sex marriage. And when the Leydens contemplate their future, it’s clear they would miss the school as much as the other way around. “If we don’t come here, what would we do all day?” wonders John to his wife. “We’d sit around doing less and less, and getting more and more decrepit.”

Also this week: Cinema Northampton presents another outdoor screening this Wednesday evening at 6:30pm, bringing in Star Wars — Rouge One for a show at Pulaski Park. A stand-alone story that also functions as a prequel to the original Star Wars film — if you know of the widely panned trilogy of prequels that began with The Phantom Menace and ended with Revenge of the Sith, this new film comes after them but before Star Wars — Rogue One features Felicity Jones as Jyn Erso, daughter of the man responsible for building the Death Star that featured so prominently in the original movie. That movie got underway when we found out (in the famous opening text crawl) that rebel spies stole the plans for the Death Star; Rogue One is the story of how those rebels pulled off the theft. For fans, it’s a great feeling to see new Star Wars stories coming to the screen — especially since they’re much, much better than the previous prequels.