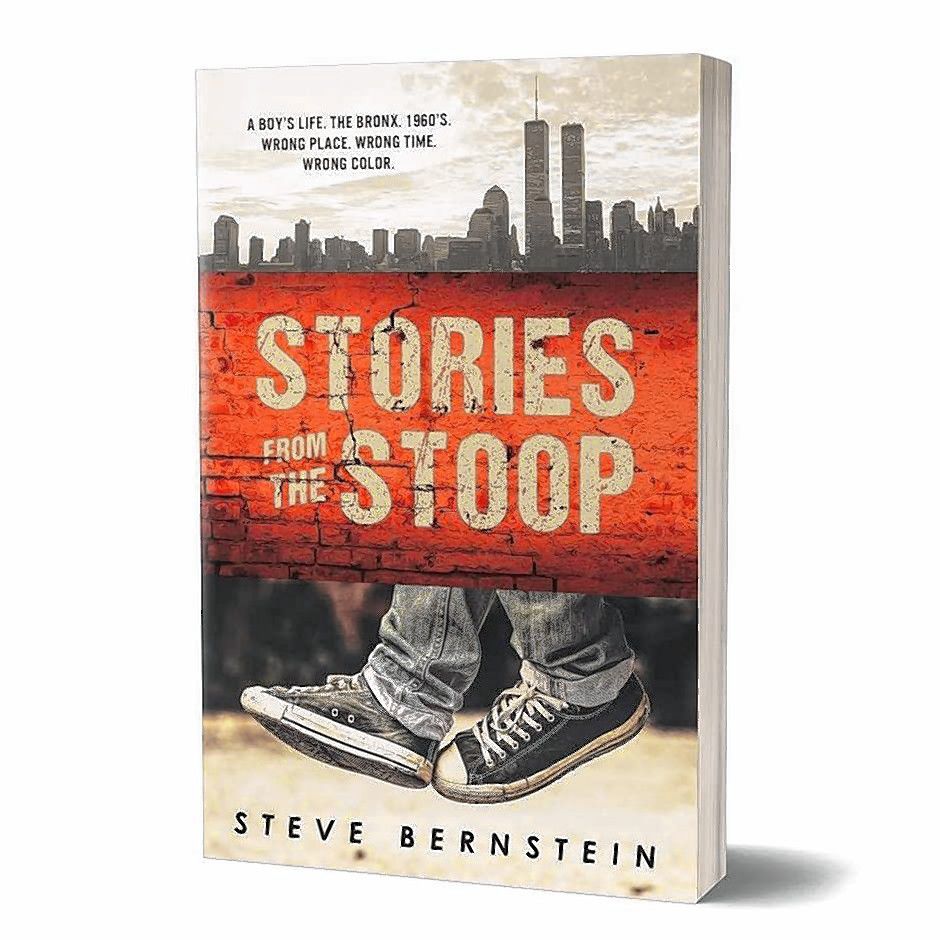 I first met Steve Bernstein when I was working at a small library in Marlborough, New Hampshire, a little more than a decade ago. In the newsletter I put a note in for a writers’ group without knowing if anyone from the little town would show up. Steve was among the small handful who did.

Two things immediately stood out about Steve — his strong Bronx accent, and the quality of his work. The stories he brought in over the weeks were about his childhood in the 1960s and 1970s in New York’s South Bronx being the only white kid in a neighborhood of Puerto Ricans and African Americans. The stories were gripping — essays about survival and a troubled home life with an alcoholic father. 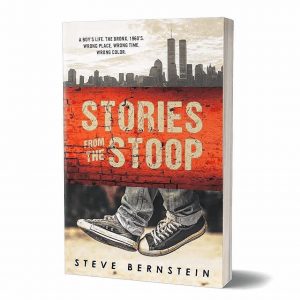 I was delighted to see a note from Bernstein, now a resident of Belchertown, after not having heard from him in over a year that he had put together a collection of his work, Stories From The Stoop. Self published, it is available on Amazon.

The collection, which reads like a combination of Frank McCourt’s Angela’s Ashes, but set in the Bronx, and Jack Kerouac’s On The Road, follows Bernstein’s life through his relationships with friends, family, and a special dog named Wolf who likely saved his life. The stories portray the harsh realities of racism, street life, and living with a drunk dad, but also the joys of friendship, playing basketball well, and young love.

The first story, called “Wolf,” lays the groundwork for what will come later. Bernstein recounted the day when having Wolf at his side protected him from being the target of people coming after him for defending his younger brother.

You feel the fear alongside him as he waits for his antagonists, the loneliness as others on his street open their windows not to help, but to watch the upcoming fight, and the hope and trust in a faithful companion as he realizes that his dog might be his only hope to get out of it. Learning how it all ended left me in tears.

From there Bernstein’s life opens before us, as does his neighborhood — the South Bronx of the late 1960s. “The Bronx was burning. Crumbling and exploding. And I’m not only talking about the buildings. Its spirit was dying. Its people were scared, angry, worried all the time, people of color and whites alike.”

In that backdrop, Bernstein introduces us to his mentors. Anthony, an African American kid three years older than him, teaches him basketball and street smarts. A rabbi — Rabbi Cohen — acts as a father figure while his own father is mentally unavailable.

The middle story, “All Sharks No Jets,” is the weakest in the book, suffering from too much talk about events rather than the events themselves, but at the same time the twist on West Side Story is an apt one. As Bernstein falls in love with a Puerto Rican girl, that love feels so impossible because he’s the only white kid in town. Mixing compassion and fear is Bernstein’s specialty, and all of the stories weave them together with finesse.

The book’s final three essays deal with Bernstein’s escape, first from his dangerous neighborhood after his father is stabbed by junkies, and then from New York itself. One feels the danger lifting, but also the introduction of a more sinister force — white racism against minorities. After moving to a supposedly safe, white neighborhood, Bernstein encounters hatred from his white neighbors against minorities greater than anything he had experienced before. One can’t help but root for Bernstein as he struggles to bring compassion and understanding into his life and the lives of others.

For now the book is available in paperback and as an e-book, but I understand that Bernstein is also working to record the stories into an audiobook. That’s how the stories, especially the early ones, came about. As someone who heard a couple of early drafts in Bernstein’s Bronx brogue a decade ago, it truly heightens the experience of an already excellent collection.