Basemental: Water Your Waiting For 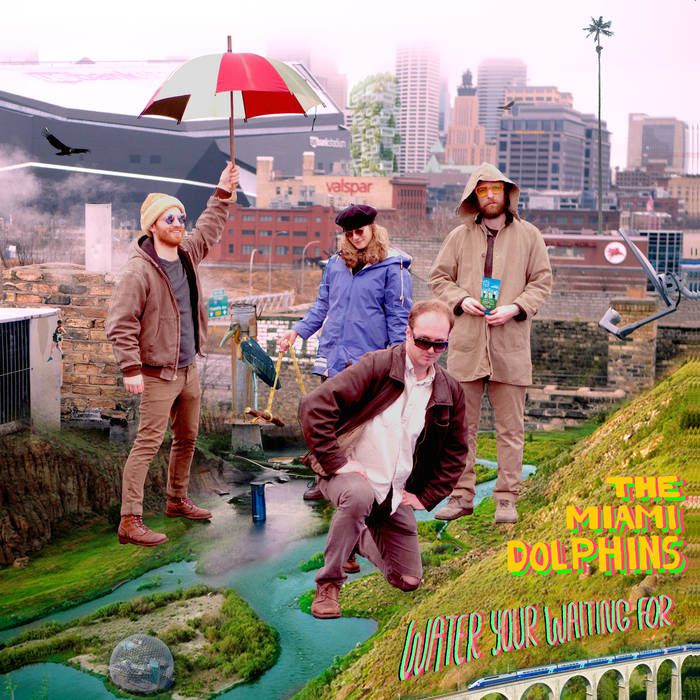 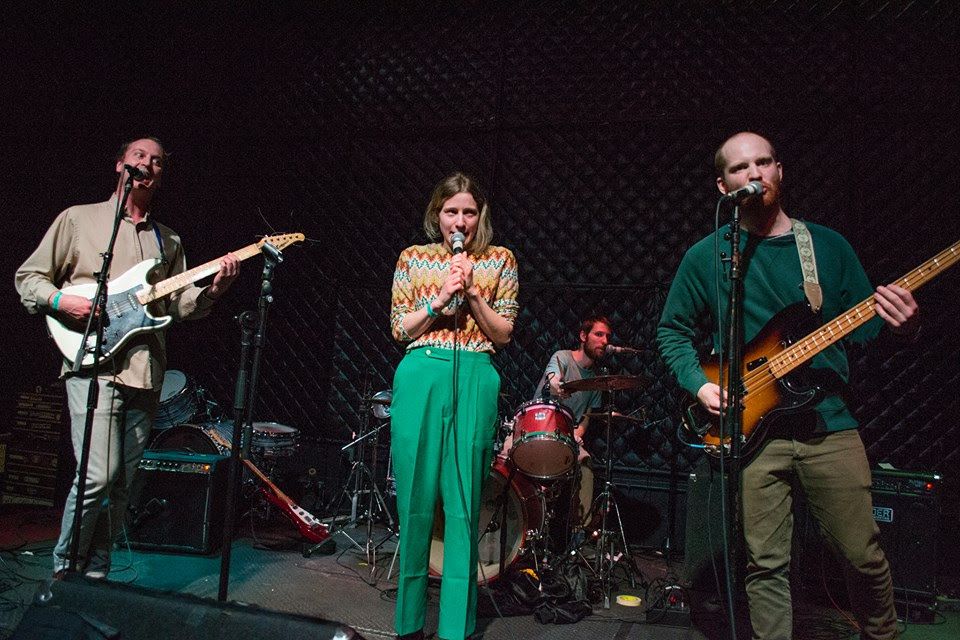 Last Monday, I reluctantly went to a house show in Hadley. I was going ’cause my friends were going — probably, but I was also vaguely interested in seeing some band from Minnesota that was supposed to be good. Honestly, I had radically low expectations.

I saw the Miami Dolphins — which “has no affiliation, sponsorship, or connection whatsoever with any sports teams, professional or otherwise.” Not only did the Minneapolis-based band turn the heads of everyone in the basement that night, but they also spoke to the political moment we’re living in, in a way few current bands are able to do. And they didn’t just take aim at the Trump movement — this stuff would be just as potent if Hillary Clinton was president; they were (talk-)singing about endless war, mass surveillance, and addiction to online capitalism in a way that was perky, fun, and quite hilarious.

For example, on the opening track of their new record, Water Your Waiting For, which this tour was supporting, vocalist Beth Bambery, in a confessional talk-singing style, mused, “They say if you’re doing nothing wrong, then you have nothing to worry about, but I still put tape over my laptop’s camera because, I mean, you never know.”

Like DEVO and The Minutemen before them, The Miami Dolphins — Zackary Warpinski bass and vocals, Patrick Larkin guitar and vocals, Joseph Scott drums and vocals, and Bambery — have developed their own take on a chaotic, yet focused, classic punk salvo. Their twisty-turny, sporadic, and unresolved jams have a tendency to jettison one sound for another before they can find their bearings and get settled — perhaps not unlike our withering attention spans in the digital age.

While The Dolphins sometimes revel in making lots of noise and playing lots of notes — there’s even a jaw harp interlude on the record — they are quite persuasive in their ability to dig into sharp hooks and pop structures. The song “Map Off” has almost a Jackson Five vibe — complete with “ba ba ba” backing vocals — before cascading into a mechanical Parquet Courts sounding refrain of, “You cannot ignore it. You cannot ignore it.”

While their Bandcamp carries the unflinchingly facetious label “neoliberal” as a “tag,” clearly this is a band with no patience for governments bailing out corporations at the expense of people. Their message on the powerful is simple: “Kill them all and take their money,” as track four of their record suggests. But beyond murder and theft, they are clearly anti-war and support a Universal Basic Income, as a rather hilarious interlude towards the end of the record informs us (which is also about Marx’s Das Kapital; “I mean I’ve never read Das Kapital, I mean, but it seems like they’re probably some good ideas in there”).

As the press release from their label, FPE Records, notes: “Water Your Waiting For may not single-handedly eradicate global warming, elect a socialist leader of the free world, cure mobile-phone dependency, steer news consumption back on course, or dismantle ISIS, but if 2017 knew what was good for itself, it would take some cues from Miami Dolphins and get going on its good foot.”