Bizarro Briefs: A Home for the Homeless? 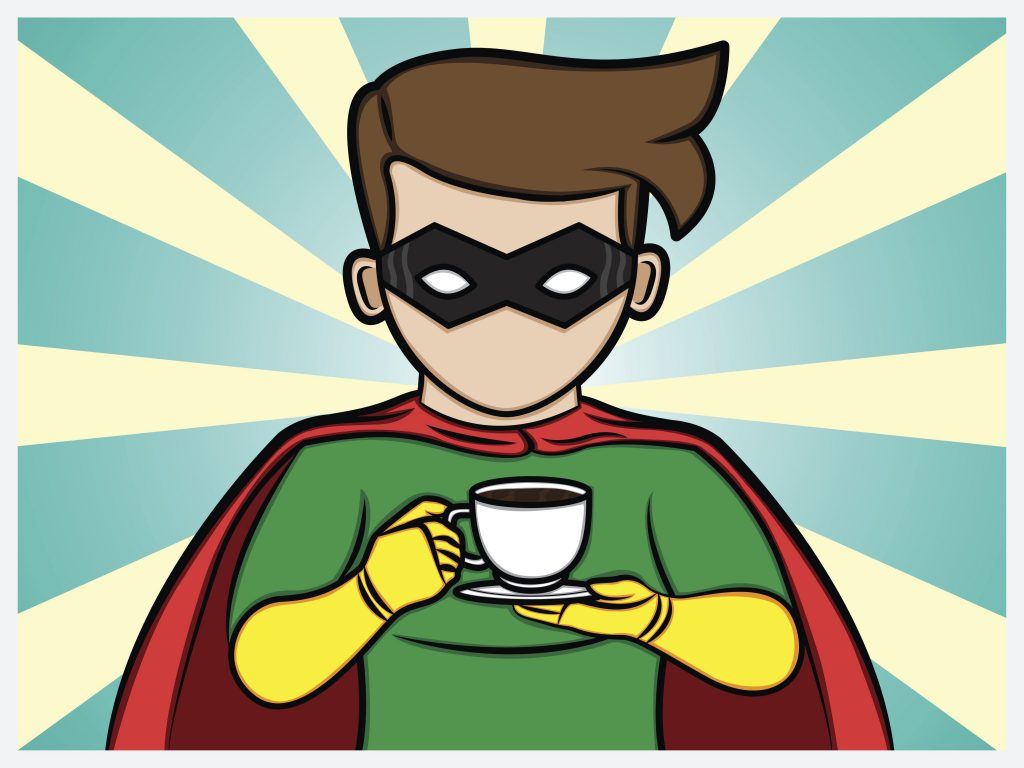 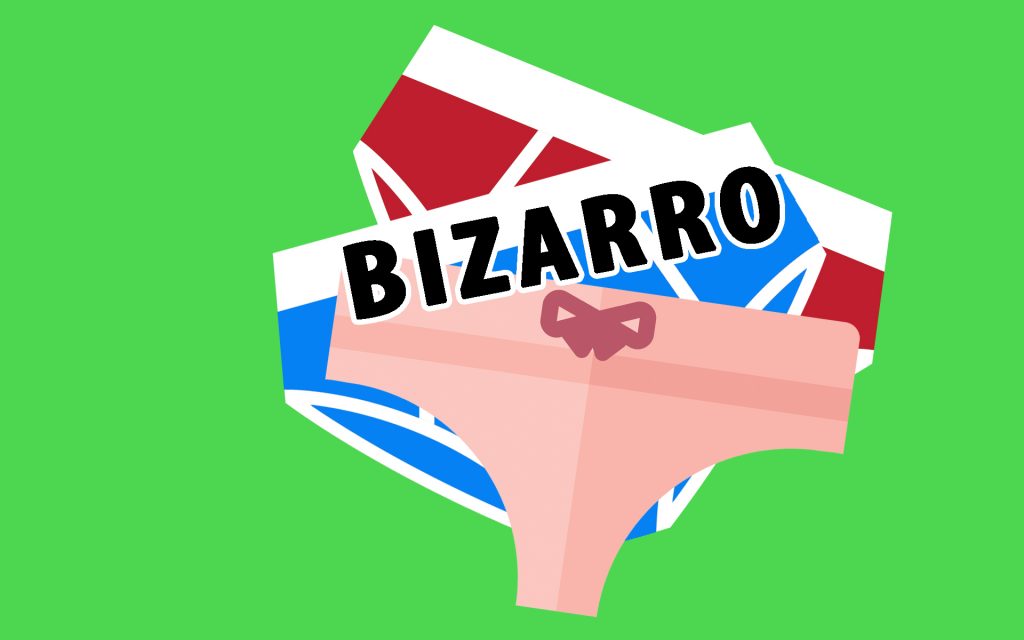 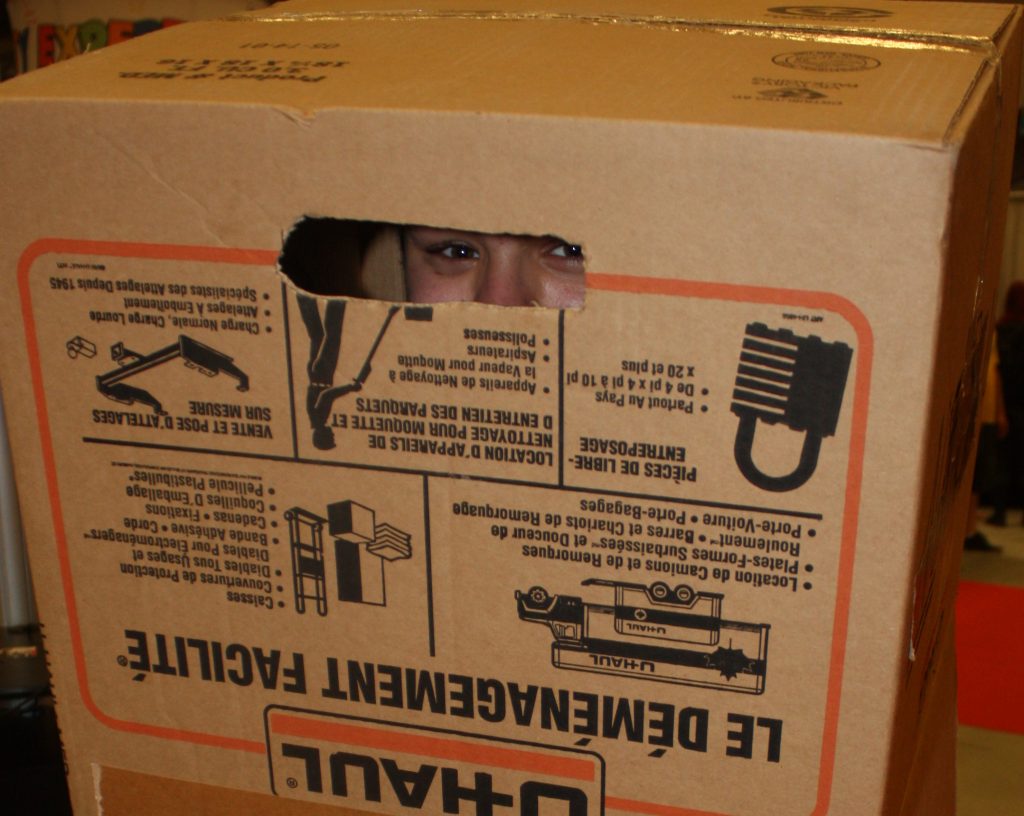 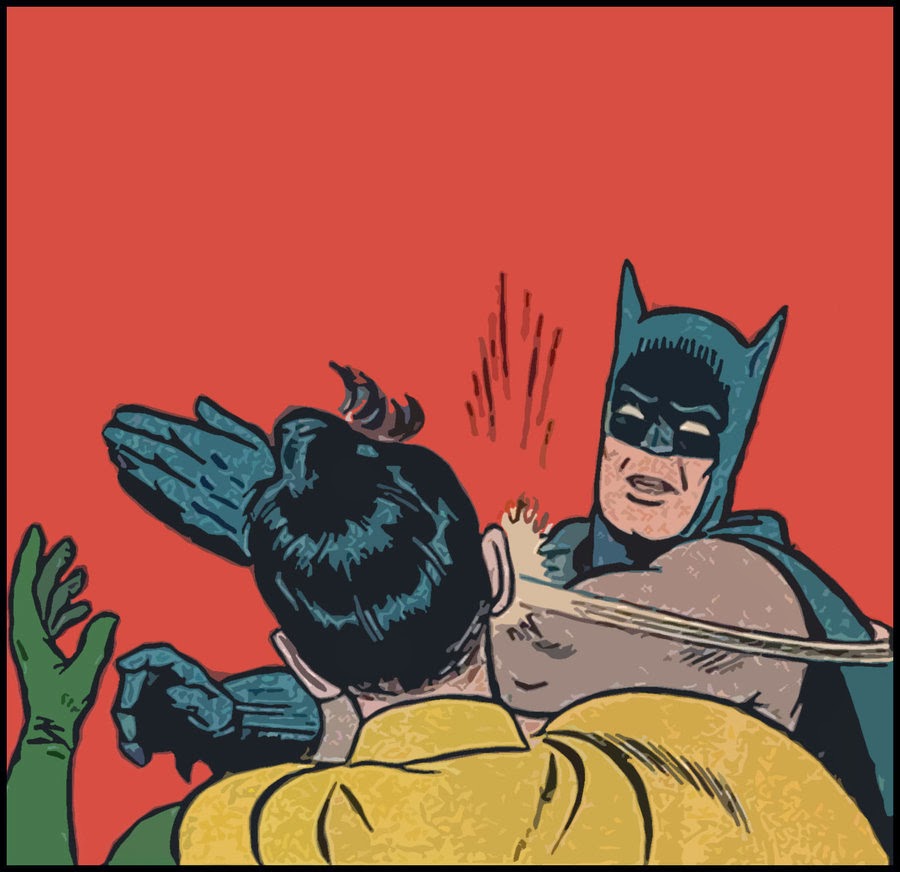 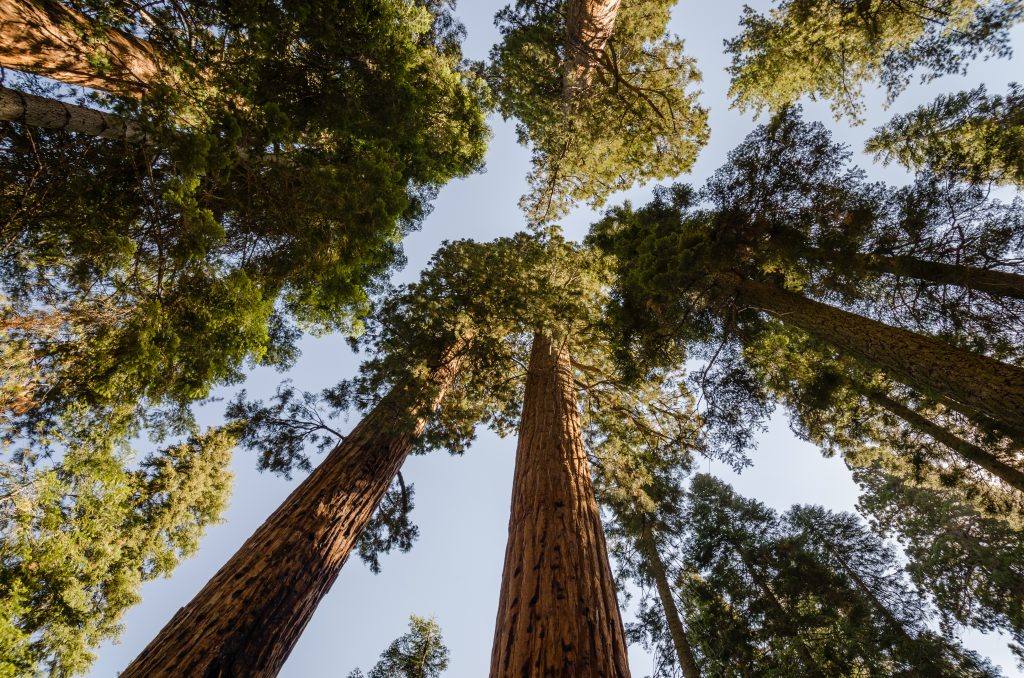 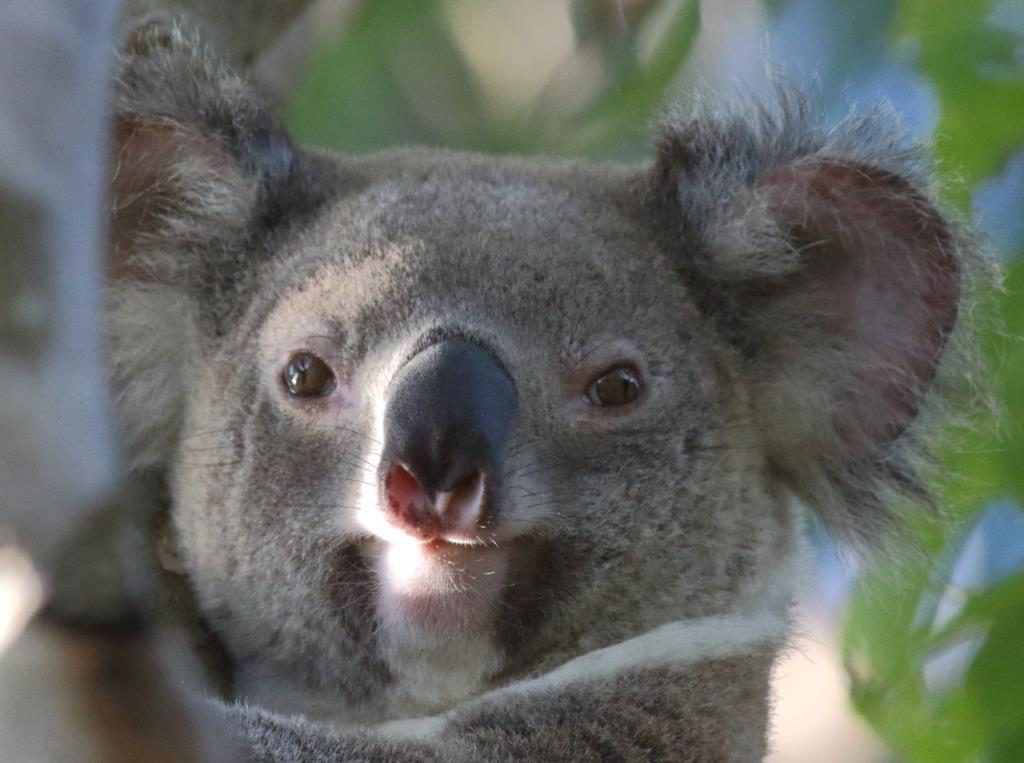 A Home for the Homeless?

Not having a place to live was not a good enough excuse to get a Turkish man out of house arrest. A 31-year-old homeless man living in Istanbul, was sentenced to house arrest for using and selling drugs in April. In need of a house to be confined to, the Turkish government erected for him a sheet metal box with bars, windows, and no roof or ceiling on a sidewalk by a busy bus station. Although the man could easily leave the “home” he has been warned it would be a crime. “Police are stopping me everywhere. If I go out, they say that it’s a ‘crime.’ Even though I don’t have a house, this is a street but I’m under house arrest,” he told the Hurriyet Daily News, a Turkish-English paper.

Slap the Food Out Ya 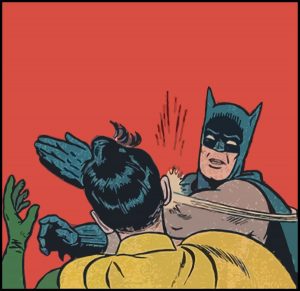 Have you ever been so hangry that you were ready to walk up to someone, slap the food out of their hands, and eat it? You want to do it, but you don’t unless you’re a 25-year-old Santa Fe, New Mexico, man who was arrested Sept. 17 for living out this silly fantasy. According to a criminal complaint, he was at the Shake Foundation – a pretty awesome roadside burger shack – when he allegedly danced up to the victim, slapped him across the face, stole his green chile cheeseburger, and ran from the scene. Also, he had a belt tied around his neck, witnesses say. Police eventually caught up with him and arrested him for robbery.

A Reason To Stay Indoors 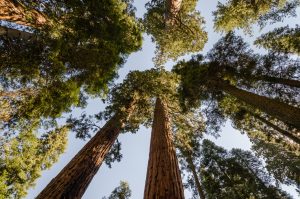 During a lightning storm, you’re supposed to stay away from tall trees. Easier said than done when you and your family are visiting Sequoia National Park. That was the case for a California man and his two children, aged 12 and 9, who were out for their first family backpacking trip on Labor Day and were struck by lightning. The bolt traveled down the tree they were standing under and hit the ground with explosive force, ripping clothes off of their bodies and bursting eardrums. The odds against surviving a strike of that kind are 1 in 13,000, but all three lived and are recovering from their injuries. As for the odds that the family will return to the great outdoors, those can be summed up by a reported statement from one of the children: “Daddy, I don’t ever want to go backpacking again.”

Colorado Springs police are on the hunt for a woman they are calling the Mad Pooper, who has left unwelcome gifts outside a residence about seven times in the past several weeks, according to the homeowner. The resident said her children caught the Mad Pooper in the act, and came to get her. She went outside to confront the woman, saying “Are you serious? Are you really taking a poop right here in front of my kids?” The Mad Pooper responded, “Yeah, sorry,” according to the homeowner. The woman apparently jogs by the home frequently and has an affinity for their home, even though there are public toilets nearby. The story has inspired others to come forward and discuss their own public defecation stories in an article on deadspin, entitled “The Mad Pooper Is Not Alone.”

Some Things Should Not Be Shared 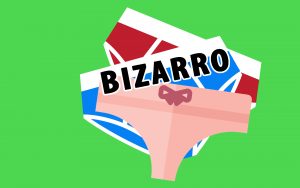 A sex doll rental service in China has been shut down – two days after its ads went viral – by the country’s government due to its “negative effect on online discourse,” according to Gizmodo news. Taqu, or Touch in English, is a Chinese company that attempted to lease five types of “fully functional” silicone sex dolls for about $46 a day. Customers could choose from a nurse, a school girl, a “Russian teen,” little Bo Peep (I’m guessing), and Wonder Woman (with shield), and the company said that the doll’s replaceable lower parts are cleaned after each customer’s use. No news on when the service will be back up. 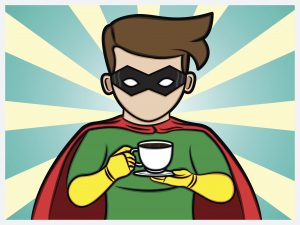 A 30-year-old man tried to rob a Starbucks in Fresno in July, but was thwarted by a 58-year-old good samaritan, who hit him with a chair from behind. The would-be robber then took out a knife and the two men battled it out for the weapon, both experiencing wounds. The robber got the worst of it, with 17 stab wounds. Now the good samaritan is facing a lawsuit — from the man he stopped from robbing the store. The would-be robber’s parents are on board, claiming the man used excessive force. “The guy, in my opinion, went from a good samaritan to a vigilante,” said the mother. His father said, “I understand he robbed the store, but (the other man) stabbed my son 17 times.”

Flushing a Hole in Your Pocket 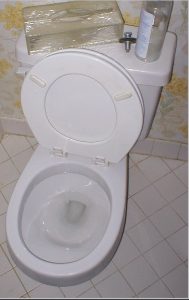 It’s not just toilet paper getting flushed down the toilet in Switzerland. Tens of thousands of 500-euro banknotes have clogged pipes in a bank and several restaurants in Geneva as they make their way down the John’s porcelain throne. Swiss authorities are investigating the reports and although it’s not a crime to destroy banknotes in Switzerland, the European Union prohibits destroying large amounts of currency. A toilet near a bank vault was stuffed with 500-euro bills that had been chopped up with scissors, and more bills were discovered in the following days. 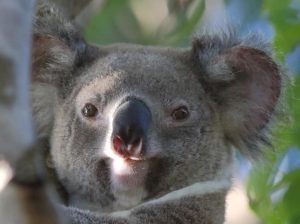 A driver in Adelaide, Australia kept hearing strange noises coming from his car, before pulling over. That driver discovered an unexpected stowaway on Sept. 9; a koala had hitched a 10-mile ride, clinging to the inside of his car’s wheel arch. The traumatized koala suffered minor injuries and was covered with oil and grease. “She was crying a little bit, she was a little bit shaken. She was certainly in shock, but I rushed her straight to the vet,” Jane Brister from Fauna Rescue told the Associated Press. The koala was named Kelli after one of the responding firefighters and was released on private property with the owners promising to keep an eye out for the stowaway marsupial.

Thor, is that you?

A running race almost turned into a swim in Copenhagen last week when the city’s annual Half Marathon was beset by torrential downpours, hail, and lighting. Sunny at the start of the race, by the time organizers called off the event, the streets were flooded with a foot of rushing water in some places and three people had been struck by lightning. That’s weird, but not the bizzaro part of the story: two of the three zapped by a bolt of electricty from the sky went to the hospital, the other person didn’t think the shock was that bad and declined medical attention.

An Iowa woman is fighting a $75 speeding ticket all the way to the Iowa Supreme Court. Normally a moving violation doesn’t make it to the state’s loftiest court, but she has a unique argument. In Cedar Rapids in February, 2015, she was allegedly caught on camera driving 68 mph in a 55-mph zone. She says the observation and subsequent fine violate her constitutional rights and state law. Police, she says, cannot delegate their authority to the private company that maintains the speed cameras, Gatso. She also denies that she was speeding. The cameras, the woman’s lawyer told justices, are “unduly intrusive, unfair and simply amounting to sophisticated speed traps designed to raise funds for cash-strapped municipalities.” So far, lower courts have ruled against the woman noting that the police department, not the private company, issues the speeding ticket. The Honorable Bizarro in the High Court of Briefs would rule, if asked, in favor of the woman. Citing the precedent set under Citizens v. United, if businesses can be people, then why not cameras — like businesses they need people to work, yes? Now, if the police deputize the cameras, all bets are off.

Keep it weird Pioneer Valley — and tell us about it. Send weird news tips to deisen@valleyadvocate.com.