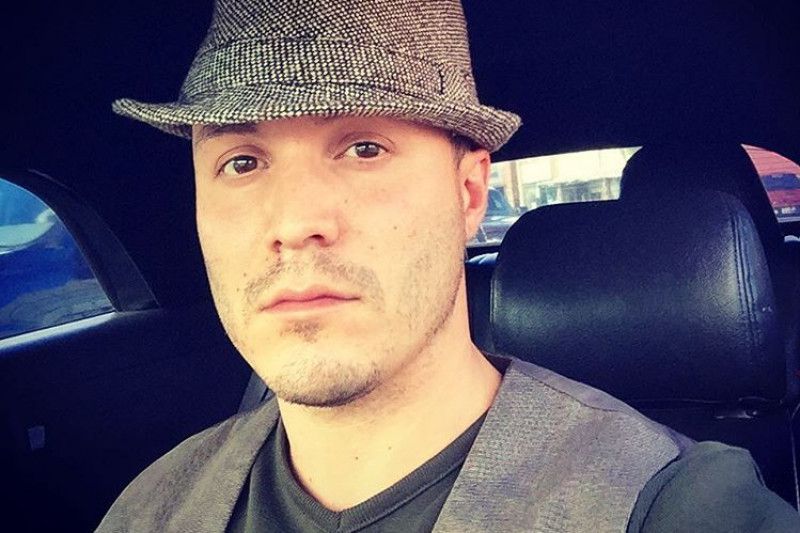 At St. John’s Congregational Church in Springfield more than 200 people mourned the loss of well-known and beloved activist and community leader Jafet Robles. Robles, 33, was involved with Neighbor to Neighbor and other groups with initiatives to end mass incarceration. For close to two hours the line of people stretching out the door was nearly constant as people made their way to the open casket with tears in their eyes.

Robles was murdered on Sept. 11 in Szot Park nearby Abbey Memorial Drive in Chicopee at 7:20 a.m., according to a statement from the Chicopee Police Department. He died of a gunshot wound and the investigation into who killed Robles is still ongoing.

A sense of deep loss wasn’t the only emotion on display at the Sept. 21 memorial. Between passionate hugs from friends and family members of Robles and speakers trying to fight back their tears, the memorial was also a celebration of Robles’ life — people spoke about his love for his four children and his family, his passion for music, religious faith, pride for his Puerto Rican heritage, and his relentless pursuit to speak truth to power through his activist work.

Student Minister Johnnie Muhammad, the religious leader for Mosque 13 located on State Street in Springfield, gave a rousing and impassioned speech at the memorial, telling attendees not to mourn Robles’ death, but instead to celebrate his life.

Noemi Arguinzoni, Robles’ mother, said there’s no hatred in her heart for the person or individuals who killed her son.

“I pray that you will know God’s love and his grace because love changes hearts and that is my prayer today,” she said. “Jafet would post a [Facebook] post every morning and I leave you with the very last one that he posted, ‘Build someone up.’”

Arguinzoni said her son was a constant presence in her life. He called her three or four times a day and visited daily.

“He reminded me that if I saw a problem and did nothing, then I was part of the problem,” she said. “He always said, ‘It’s not about me, it’s about love.’ One of the things that mattered most to Jafet was about creating opportunities for his children and those of the inner city.”

Robles was born in Bayamon, Puerto Rico in 1983 and his family moved to Springfield when he was eight months old, his obituary reads. He grew up in Springfield’s North End, one of the most impoverished neighborhoods in the city, and witnessed the ravages of poverty and exclusion — drugs, street gang violence, and incarceration.

At the age of 18, Robles was sentenced to a four-year prison sentence for drug-related charges, after which he transformed himself into a lead organizer for Neighbor to Neighbor’s “Jobs, Not Jails” campaign to end mass incarceration and played a key role in helping to elect Springfield City Councilor Adam Gomez.

Gomez, a longtime friend of Robles and also a member of Neighbor to Neighbor, said Robles — although he focused much of his energies on social justice — always made time for his family.

“Jafet came home and became a single father very fast,” he said. “But, he was always there for each one of his kids as best as possible for every event he went to. The first thing he did before he organized our community, he organized his family and that’s something that I thought was beautiful.”

Gomez said Robles encouraged him to get involved with his local community.

“Just going one time to the Statehouse and being able to speak to people who can change things, especially in the neighborhood I grew up in, was something so special that I never thought in a million years would be possible,” he said.

Mayor Domenic Sarno, who did not speak at the memorial, said his sympathy, thoughts, and prayers go out to Jafet’s friends and family.

“Early the next morning, I reached out to close family friend, City Councilor Adam Gomez, to express these same sentiments. Also I have spoken to Police Commissioner John Barbieri and he has reached out to Chicopee Police Chief William Jebb for any assistance on this tragic situation, in order to pursue justice for Jafet,” Sarno said. “Though at times Jafet and I might not have agreed on the methods to reach the same goal — he was without question a compassionate and effective advocate for our people to help empower them towards a better future. It was a pleasure to work with him.”

Jacqueline Velez, a Neighbor to Neighbor organizer, told the Valley Advocate prior to the memorial that Robles was a constant source of inspiration for the group.

“He built the base from scratch,” she said. “Basically, all the members that we have in the field are because of Jafet. He supported me in ways that helped me get into the groove of my own job … He was always out in the street, in the community. He cared truly about the work and the community members. Leadership development was very crucial in his work. I’ve had a very hard week.”

She said the group is prioritizing projects that Robles was working on, including support for the Justice Reinvestment Act in Massachusetts, a bill petitioned by state Sen. Sonia Chang-Diaz, (D-Boston), that would repeal minimum mandatory drug sentences and reduce certain low level felonies to misdemeanors.

There is a GoFundMe page for Robles’ family and to pay for funeral costs, which has exceeded its $20,000 goal.