Stream Queen: Shows and Films to Lose Your Sanity To 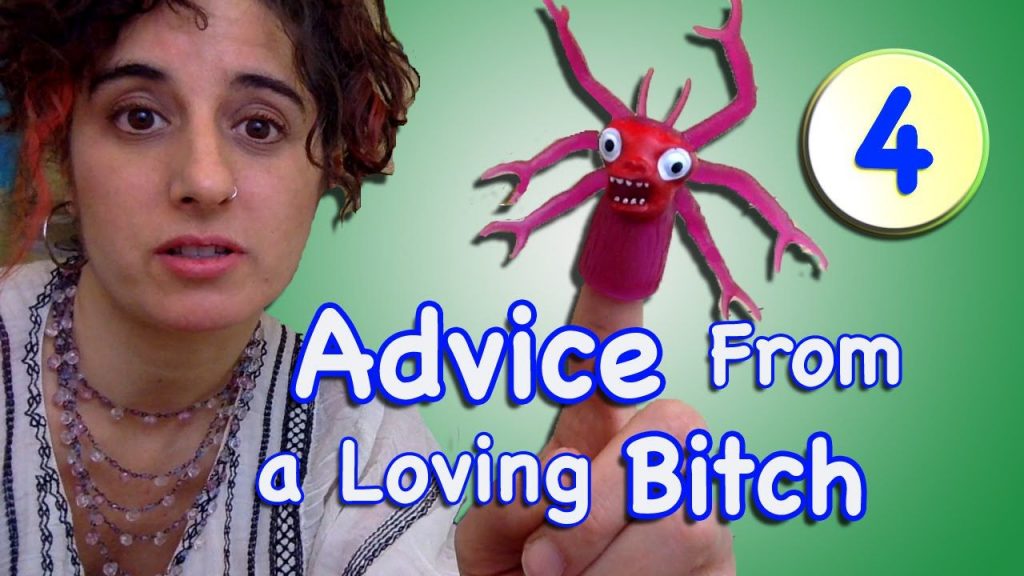 For all the amazing potential of life, sometimes things just suck. In times of confusion and desolation, we often turn to art. Maybe we want to use fictional problems to understand our own real ones, or maybe we just want to turn something on as a distraction. Hard times can be isolating, but the internet provides an entire world of distraction and catharsis and advice that are all just clicks away.

Lots of creators have taken advantage of that heightened connection. A personal touch lends credibility to even the most outlandish dramas, and intensity provides the perfect contrast to any comedy. Local creator Rythea Lee is one such artist, reaching out to the world via her YouTube miniseries Advice from a Loving Bitch. Through zany comedy, therapeutic monologues, and dance parties, Lee provides personal guidance with an unprecedented level of humanity. If you’re unafraid of self exploration or new-ageyness, her series is definitely worth a watch.

To further her goal of human connection, Lee is hosting a marathon screening of the series this Friday, 7:30-11 p.m., at the Northampton School for Contemporary Dance and Thought on Main Street. You can come and go as you please during the three-and-a-half-hour event, as long as you’re ready for the level of vulnerability that the series demands.

In honor of Rhythea’s video therapy, I’d like to recommend some media that I turn to whenever I need to let it out. You’ll laugh, you’ll cry, you’ll reconsider the enormity of the death penalty debate. Here are some picks for those times when ice cream just isn’t enough:

One Mississippi, which just debuted its second season, is the semi-autobiographical story of comedian Tig Notaro’s battle with breast cancer, a deadly bacterial infection, and the loss of her mother. In turns morose and offbeat, the series looks askance at grave issues as (fictional) Tig moves back in with her family in Mississippi. While season one is all about establishing the show’s various emotional wounds, season two is about healing them up. While still dryly dealing with serious problems, the show makes more room for joy as its main characters try to find love after loss. For Tig, that means a budding romance with the charming Kate (played by her actual wife, Stephanie Allynne). At once brutal and sweet, this show will have you beaming before you’ve even finished crying it out.

Also created by Diablo Cody (Juno, Jennifer’s Body), United States of Tara follows Tara Gregson (the indelible Toni Collette) and her family as they cope with Tara’s dissociative identity disorder. A mental illness borne of trauma, DID is no laughing matter, but the show manages to respectfully give its bereaved characters comic relief. Whether focusing on erratic teenage daughter Kate (now Oscar winner Brie Larson) or quietly dependable husband Max (John Corbett), the show and its actors stuff touchingly complex portraits of humanity into each half-hour episode. Like One Mississippi, United States of Tara will rend you and mend you in turns, blurring the line between tragedy and hilarity to produce an experience that’s uniquely tender.

If you just want to really feel some deep shit, no sweat. In this festival favorite, legendary documentarian Werner Herzog explodes the death penalty debate by profiling the case of murderer Michael Perry. Whether or not you believe in capital punishment, prepare to consider the other side. Into the Abyss goes beyond your typical true crime fodder as Herzog allows this story to tell itself, with minimal narration. Less about politics than it is about the confounding fragility of human life, this film will catapult you from hopelessness into ardor before sending you right back to hopelessness. It’s the kind of movie that will leave you wanting to tell all your family members you love them. You’ve been warned.

Be sure to take breaks in between your video therapy sessions — walk around the block, blast your favorite pop song, pet a dog — and, when you’re ready to dive back in, bring tissues.