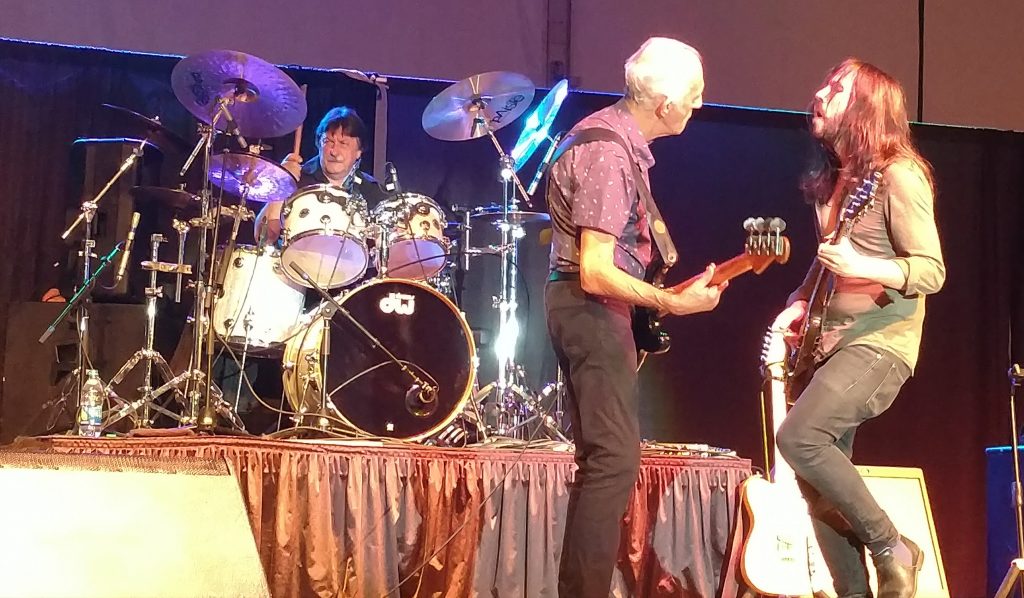 Still haven’t secured your Maine baked spud or lobster-laden Mac N’ Cheese from the New Hampshire building? Better hurry. Its almost time to shepherd the Clydesdales back into the trailers and put the burlap sacks of the Giant Slide in mothballs.

But that still doesn’t mean all hope is lost in terms of checking out some solid, “free with admission” musical sets by so notable names at The Eastern States Exposition (thebige.com).

Tonight, Sept. 29, ’80s rockers Night Ranger prove you can “Still Rock In America” – at least for 35 years – when they perform at the E’s Xfinity Arena. Saturday night, Sept. 30, Connecticut’s own Nick Fradiani brings his (American) “Idol” power to the stage with up-and-coming pop tarts Carly and Martina in tow.

Speaking of celebrated blues rock from across the pond… it’s a veritable “animal house” Nov. 1 in Northampton when The Yardbirds have play The Iron Horse (iheg.com). The current iteration of the iconic act features Rock N’ Roll Hall of Famer Jim McCarty on drums, Johnny A on guitar, Kenny Aaronson on bass, singer/guitarist John Idan at the help and Myke Scavone rounding things out on harp and percussion.

As for the some of the former members… well, let’s just say for those who don’t know: Think of the top 5 guitarist of all time. Got it? Odds are, at least three of them were former (Yard)bird-men!

Last up, he’s not a rocker or bluesman.. but his commute is definitely longer than the a fore mentioned lads from London. Men At Work frontman (or foreman?) Colin Hay will perform at Northampton’s Academy of Music Oct. 15. Tickets range from $28.50-$38.50, depending on your proximity to the man from “Down Under.” Don’t break out the parachute pants and Rubik’s Cubes just yet though, kiddies. Hays’ performances these days are far from a nostalgia – or electric pop. In fact, they include stripped down, coffee-house style acoustic versions of his past hits as well as everything from Metallica to Lumineers covers thrown in for good measure. He’s also an epic storyteller with great comedic flair and loves to weave yarns in between songs recounting some of the more surreal experiences from his life as a platinum selling popstar.