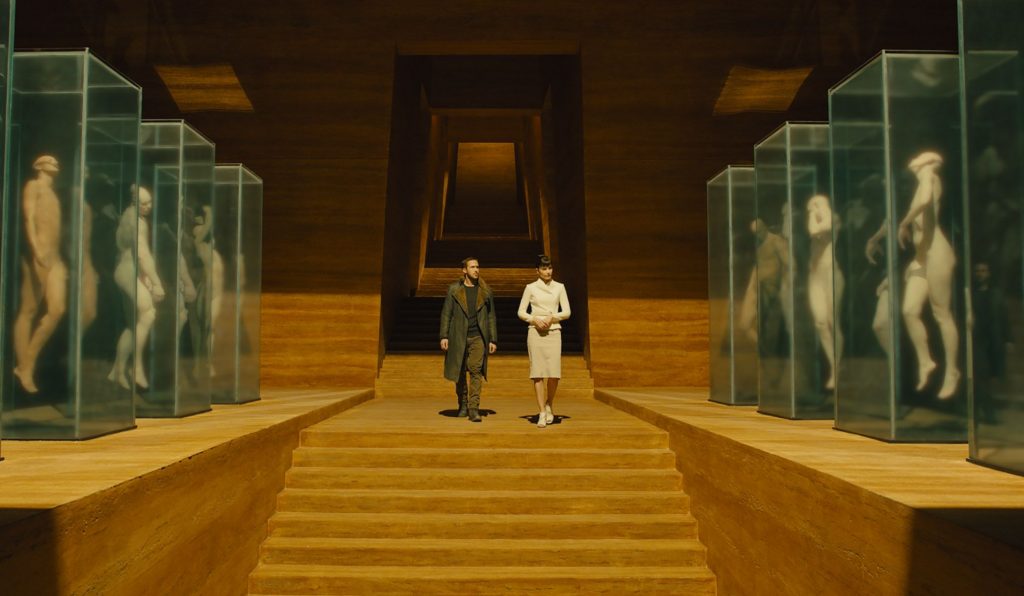 It would be unfair to the memory of Philip K. Dick to say that he’s having a resurgence. The author, who passed away at the age of 53 in 1982, has been more visible than usual of late thanks to a few headline grabbing adaptations, most notably the sci-fi sequel Blade Runner 2049 and the Amazon-produced series The Man in the High Castle (built on Dick’s 1962 novel that spun out a world in which the Allies had lost WWII, and the Nazis and Japan had divvied up the American states). But the truth is, he never went away — we’ve just been catching up.

It was, of course, the original Blade Runner adaptation, directed by Ridley Scott and based on Dick’s novel Do Androids Dream of Electric Sheep? that put the writer on the radar of so many in Hollywood back in 1982. That film, with its ineffably authentic mix of the here and now with a grim and gritty futuristic vision, was a revelation when it was released, and it holds up remarkably well today, which is no mean feat when a 2017 audience is watching an 80s-era film set in 2019. A big part of the reason for that is that Dick’s science fiction digs deeper than most, posing questions about the nature of identity and sentience that have no expiration date. If his work stays fresher than your average alien-invasion story, it might be because we’re still asking ourselves those questions.

Between then and now, Dick’s work has been pulled apart, reimagined, and used as the inspiration for a long string of films that might not even associate with the man behind Blade Runner: the goofy, but entertaining Total Recall (1990) and the much more dour 2012 remake; the Tom Cruise crime thriller Minority Report; and Richard Linklater’s rotoscoped animation A Scanner Darkly all draw from the same well. They aren’t always hits, or even necessarily good, particularly — perhaps you’ve seen the Ben Affleck bomb Paycheck? — but they share a common interest in the human (and sometimes non-human) condition, and where we are all headed.

The new sequel, Blade Runner 2049, comes from director Denis Villeneuve (Arrival) and writer Michael Green, who co-wrote the refreshingly plainspoken aging-superhero movie Logan. In this new film, the young blade runner Officer K (Ryan Gosling) stumbles onto a long-buried secret that could turn an already fractured society into something even more chaotic. To help sort out the truth, he goes looking for Rick Deckard (Harrison Ford), a legendary blade runner who has been missing for three decades. Also on board to help capture the near-future landscapes that make both Blade Runners look so compelling is ace cinematographer Roger Deakins, whose long collaboration with the Coen Brothers has produced some of the most compelling films in recent memory.

Blade Runner 2049 is scheduled to be released globally on Friday, Oct. 6, check local movie listings for times and places.

Also this week: Look & See: A Portrait of Wendell Berry comes to Amherst Cinema on Wednesday evening at 7 p.m. as part of the theater’s Food and Farms film series, which aims to examine the impact of food on our lives before it hits the dinner plate. Look & See trains its eye on Henry County, Kentucky, and then drills down to focus on a group of residents who each must make a decision that will change their relationship not just with their own land, but also with the community around them.

Look & See is told through the filter of farmer, writer, and activist Wendell Berry. Now 83, he came home to Henry County over 50 years ago, bought a small house, and got to work farming and writing. That relationship — the physical and the mental in flux and in balance — would come to be the driving force behind his advocacy for an agrarian life.

Filmmakers often say that their location “became a character in the film,” but in Look & See the old saw is true. As the film follows the four-season farming cycle, the landscape changes, reminding the viewer not only of the continuous ebb and flow of natural life, but of the fact that we, too, are a part of that landscape.