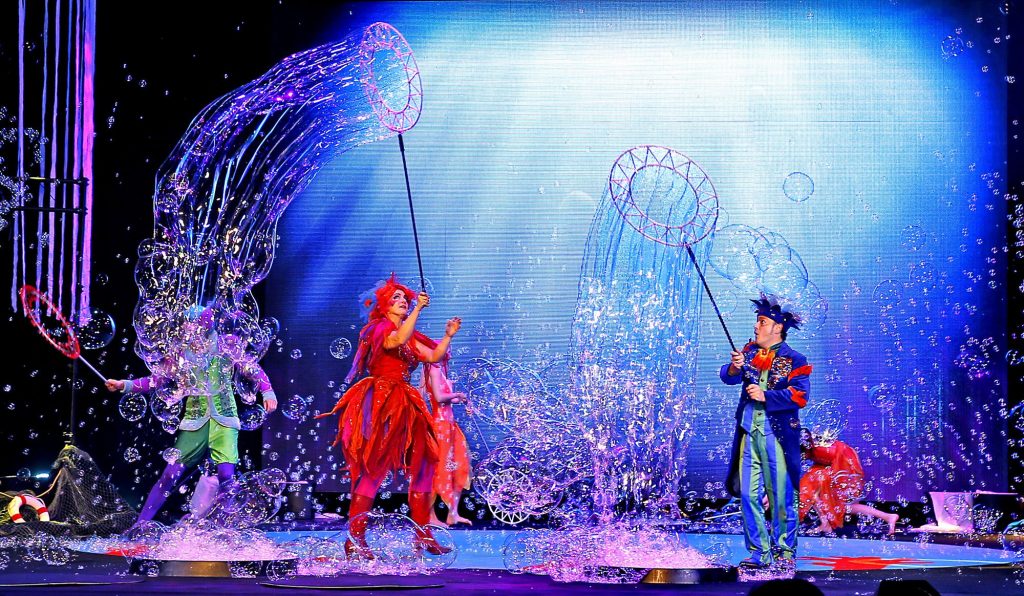 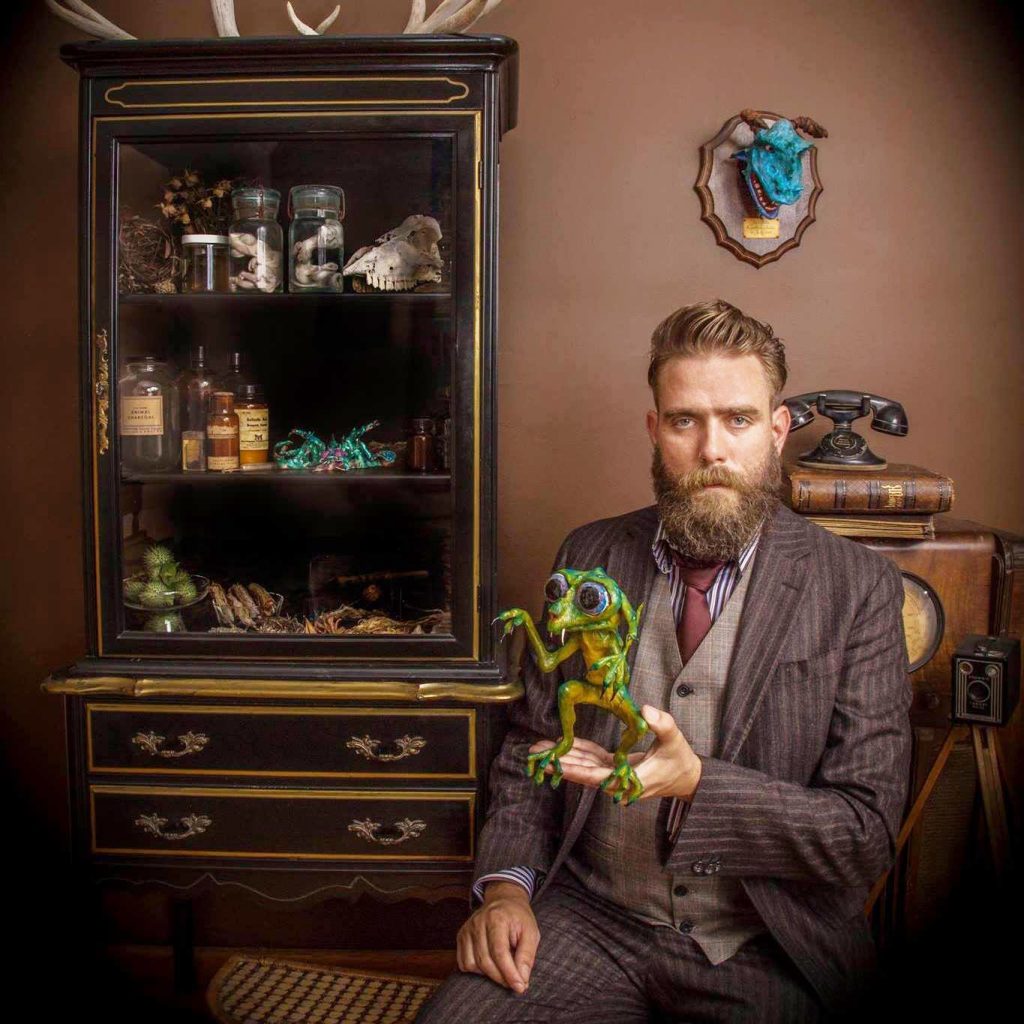 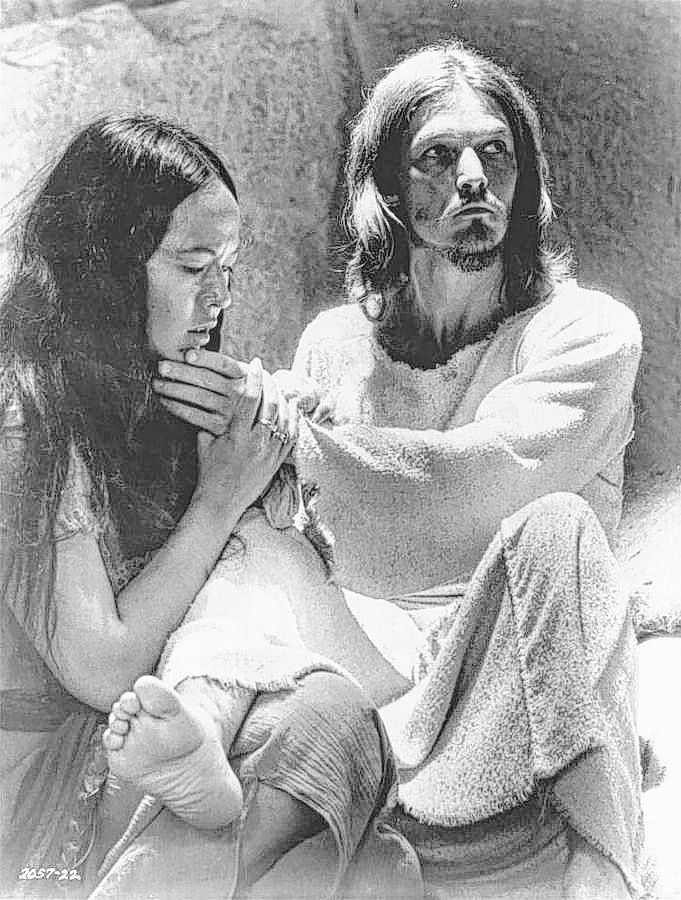 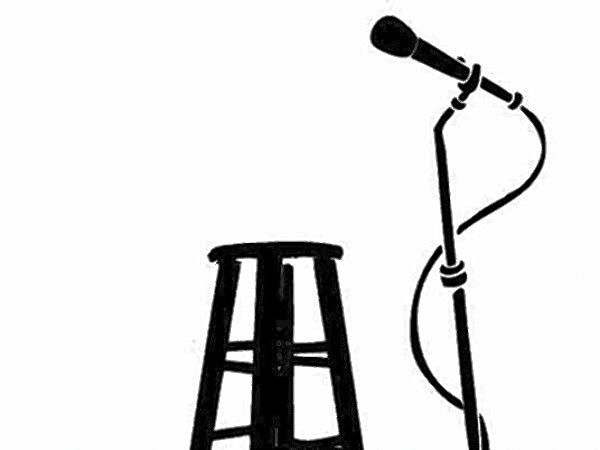 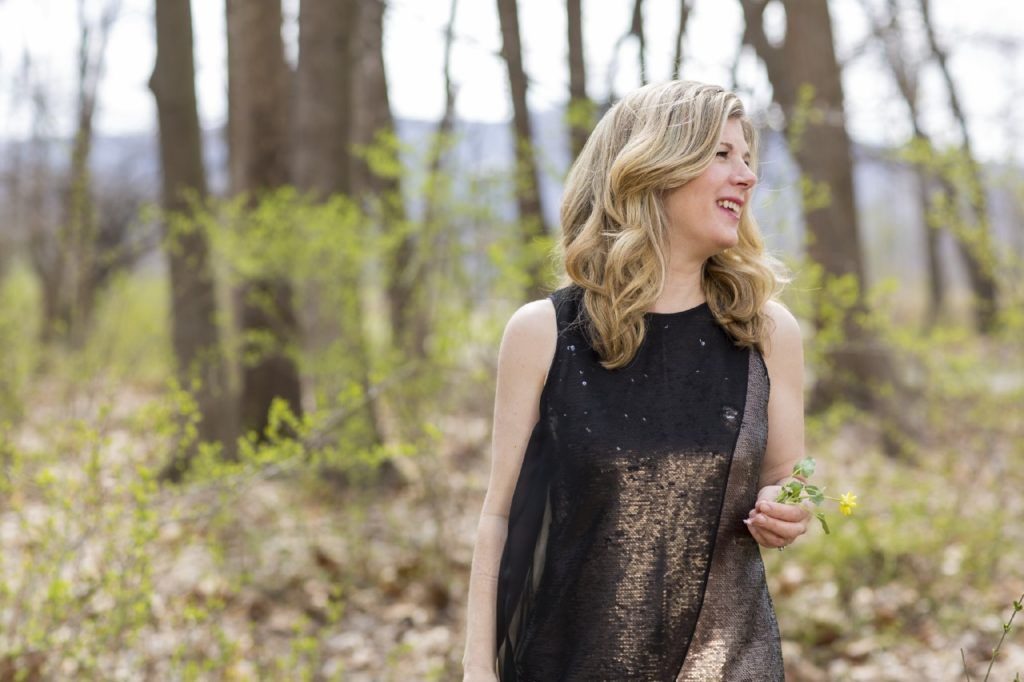 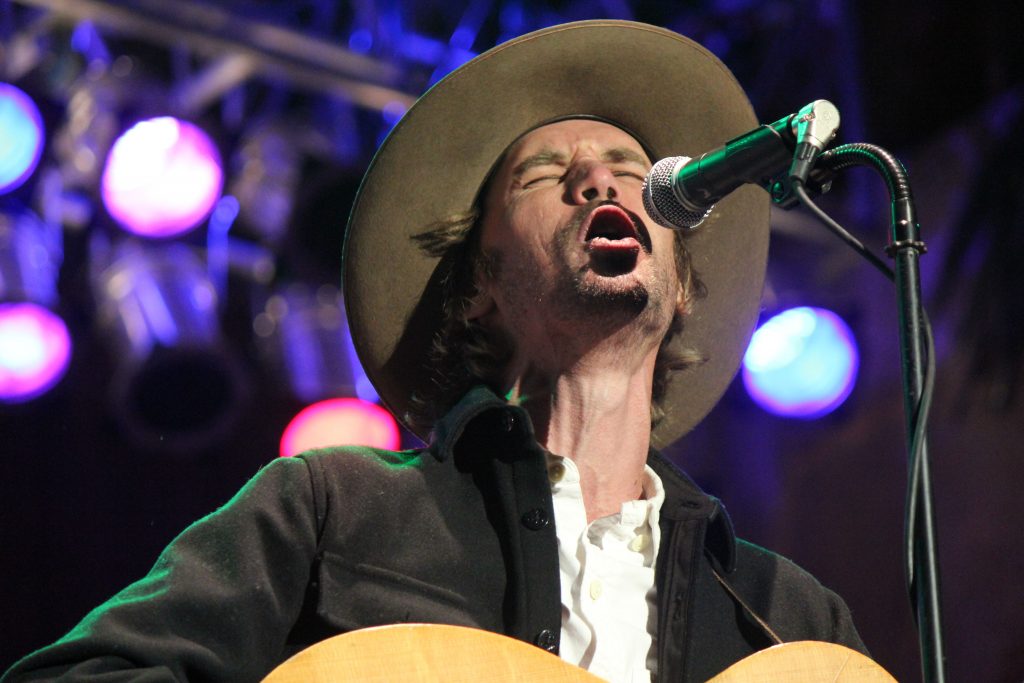 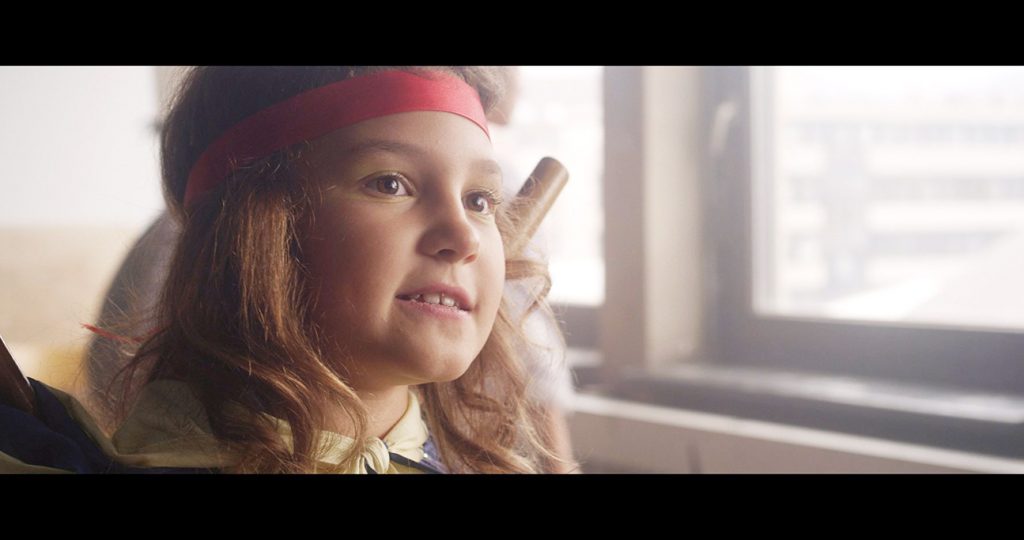 Fall 2017 in the Valley is stuffed with anticipated moments of cultural and artistic profundity; below is just a taste of all the amazing events taking place October into early-December across the three counties, and southern Vermont.

After the U.S. entered WWII, President Franklin Roosevelt issued Executive Order 9066, which resulted in the evacuation and imprisonment of 120,000 mostly Japanese-Americans into 10 incarceration camps. California artist Judy Shintani’s exhibit of words, silhouette drawings, red string, and natural fibers on thin paper delivers a strong message about memory, emotions, and how the internment still impacts people today. But all this is on tissue paper so delicate it feels like an errant sigh could tear the whole project apart.

EO 9066: And Then They Came for Us: Through Nov. 17. The William Blizard Gallery of the Visual Arts Center on the second floor of Blake Hall, Springfield College, 263 Alden St., Springfield. Hours are weekdays, 9:30 a.m. to 4:30 p.m. springfield.edu/simpson.

Tired of the flatulent-sounding tweets from our suspiciously ignorant president in chief? For a weekend in October, well-crafted, contemplative words will flow from Turners Falls more easily than the Connecticut River flows under the Gill-Montague Bridge. The annual Word Festival by Human Error Publishing is kicking off a cavalcade of words, wondrous words!, with The Great Falls Word Festival, Oct. 12 at the Shea Theater with a book store, cafe, author readings and an open mic. That’s the warm-up act. Then there’s The Mole, five-minute true stories told by 10 storytellers, and “Do It Now” performed by Tony Vacca, John Sheldon, Jo Sallins, and Paul Richmond. Other days will feature readings, open mics, workshops, and enough books to build a replica of Poet’s Seat. Some of the writers slated to participate are Daniel Hales, Elizabeth MacDuffie, Izikhotane, Karl Meyer, Laura Rodley, Lori Desrosiers, Nina Rossi, Paul Richmond, Samantha Wood, Tantra Zawadi, Tommy Twilite, and Trish Crapo. The 9 p.m. shows are not to be missed, according to Human Error Publishing’s event website. While the festival is eight years old, for the past seven years it has been called the Greenfield Word Festival; also it was held in Greenfield. Shows at the Shea cost an admission, but shows at The Great Falls Harvest Restaurant, Store Front, LOOT, and The BrickHouse are free. Buy a $20 festival button and get free admission to all the Shea shows.

The Great Falls Word Festival: Thursday, Oct. 12-15. Free to $20. Donations appreciated. Multiple venues in Turners Falls; the main stage is at The Shea Theater on Avenue A. (978) 544-8784. gawfest.org. paul@humanerrorpublishing.com.

Finally there’s a place where ghouls, zombies, draculas, and It can chill in peace and pageantry: the Monster Arts Ball in Easthampton, Saturday Oct. 21. Inspired by nightmare artworks in the Monster Arts Project III, by various artists, the evening will feature a costume contest, beat by DJ LeFox, performances, tricks and treats. While anything monstrous goes, the theme of the art is Victorian, 1920s, circus, etc. As with most things monster-related, there’s quite a bit of secrecy and mystery surrounding this event that sprung from the freaky beautiful mind of local artist Sloan Tomlinson. The gala is in Eastworks near the month-long exhibit of Monster Art, in the MAP gallery (Oct. 7-Nov. 5).

Darling of the Happy Valley folk rock scene, Dar Williams is making a stop on her international tour to promote her newest album, Emerald, in Northampton. Williams, who has been playing and writing songs since the ‘90s, delves deep into the forgotten corners and niggling details of life in her newest release. She’s also promoting her new book What I found in a Thousand Towns, so for the Northampton stop, the audience will get to hear her sing and read some clips from her book about life on the road.

In its sixth year, the Annual Brattleboro Film Festival will feature 20 films from the U.S. and around that world that are meant to inform, challenge, entertain, and inspire the audience through viewpoints and people you don’t see in mainstream media. It’s early, so as of press time, the films and show times aren’t quite set, but festival goers can expect to see:

Dolores: A documentary about Dolores Huerta who co-founded the first farm workers union with Cesar Chavez and continues, at 87 years old, to be a bad ass activist.

Faces, Places: 89-year-old director Agnes Varda teams up with young photographer, J.R., to travel rural France, connecting with and photographing strangers in this documentary that explores the duo’s relationship.

Dancing With Monsters: This 10-minute German (with subtitles) drama asks questions about how we react to violence and brutality — do we join the harm or battle against it? The main character, Zarah, dances in a world where dance is forbidden and the movie goes from there.

In Syria: With the men gone and only the women and the elderly left, this French drama (with subtitles) tells the story of a mother attempting to keep her family safe as war rages and a sniper lies in wait outside her home. Then there’s a banging on the door …

Quest: This documentary focuses on a family in a rough North Philadelphia neighborhood who have turned their home into a music studio/sanctuary. When the youngest daughter is struck by a stray bullet, the film shows them pulling together and continuing their dedication to making their community a better place.

Tickling Giants: This Egyptian documentary (with subtitles) looks at the career of Egyptian heart surgeon-turned-political-satirist Bassem Youssef, a favorite guest on The Daily Show with Jon Stewart.

Willie Watson has been on the leading edge of modern folk music for decades. He’s got classic singer-songwriter guitar melodies under a bleating, pinched voice reminiscent of that one really talented guy in flannel who used to play guitar at all the parties. Watson was a member of the Old Crow Medicine Show before going solo about three years ago. His most recent album, Folksinger Vol. 2, allows Watson to grow as a musician and take the genre along with him. “I heard Leadbelly singing with the Golden Gate Quartet and it sounded fantastic, and I thought, ‘I want to do that,’” Watson says in his online bio. “I heard the Grateful Dead doing their version of ‘On the Road Again,’ and it sounded like a dance party in 1926, and I wanted to do that, too. That’s the whole reason I even played music in the first place — because it looked and sounded like it was going to be a lot of fun.” Presented by DSP Shows and Signature Sounds Presents, Watson is bringing his modern folk to Northampton in November along with opening act Lucette, a singer-songwriter with a strong voice and soothing harmonies.

Sing Along with Jesus

When you picture Jesus in your head, you probably see Ted Neeley. Neeley is the long-haired, bearded, hot Jesus who starred in the movie adaptation of the Tim Rice-Andrew Lloyd Webber musical Jesus Christ Superstar. The actor’s sex appeal was a problem for many critics of the controversial 1973 movie that focused on Jesus’ humanity over his divinity. Neeley is coming to Greenfield for Nov. 17 to participate in a Jesus Christ Superstar sing along and screening. Taking place at Hawks & Reed, the film will be show in the 2013 digitally re-mastered print with subtitles (in case you forget some of the words). Organizers invite people to come dressed as their favorite Holy Land character or in “1970s hippie apostle garb.” Neeley will judge the costume contest at a meet and greet. If you’re a total Neeley nut, you can spring for the VIP reception with him. Neeley is out and about right now promoting the newly produced documentary Superstars: The Making of and Reunion of the Film. See a sneak peek after the singalong.

Inspired by the artistry of Cirque du Soleil, this Latvian production takes viewers on a vivid journey to Bubblelandia, a blissful ocean utopia exploding with colors, textures, and dance. The show follows Mr. B as he journeys through the new land. There are mimes, puppetry, juggling, sand art, soap-bubble tornadoes, snow cannons, and lasers. Stage magic, illusions, wild silks, fans, and bubbles twisted and trained to perform in more ways than you could imagine. I think each performance uses 1,000 gallons of dish soap or something like that. Cool, funny, and inspiring.

Spend a posh evening this December touring the Springfield Museums with a drink and some lovely nibbles while taking in an exhibit of the intimate Avedon portraits of JFK and family at the Museums’ annual Culture and Cocktails benefit. In addition to food by Log Rolling Catering, the highlight of the evening is certainly the photo exhibit on loan from the Smithsonian and the National Museum of American History. Avedon’s photos are especially interesting because they capture the Kennedys in a way few people have seen them — sans pomp and drama. Photographed by Harper’s Bazaar’s Richard Avedon, the pictures were taken during the slim window of time between when Kennedy was elected president in November, but before he had been inaugurated in January. Avedon captured candid shots of the family being silly on vacation in Palm Springs, Florida, as well as more posed portraits that brim with warmth.