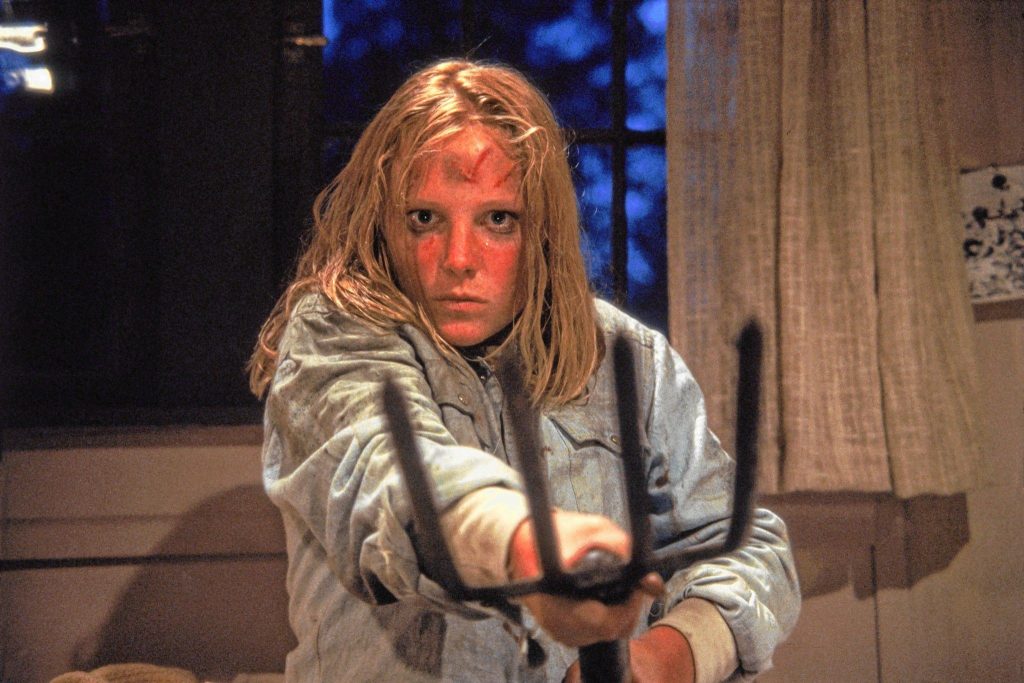 It’s October in New England, and that means it’s time for some annual traditions. Some are timeless, passed down through the generations—apple picking, hayrides—while others are more recent, and hopefully less long-lasting—the inane back and forth bickering of the warring pumpkin spice factions. (Seriously, people, it’s okay for someone to like something that you don’t.) But for many, at least in my circles, October means just one thing: it’s time to get spooky.

Of course, Halloween is nothing new, but at least part of the current adult enthusiasm for the holiday can be traced back to movies that came out back when I was just a trick-or-treater. The ‘80s were the heyday of the slasher movies that kept us jumping: Friday the 13th, Nightmare on Elm Street, and the rest of their ilk owed much to John Carpenter’s 1978 film Halloween but also carved out their own bloody niche in the horror genre. But then, an odd thing happened: spooky got cute.

That unexpected transformation owes a lot to one man: Tim Burton. The filmmaker began with Pee-wee’s Big Adventure, but it was his second feature— Beetlejuice (1988) —that really introduced us to his style, a darkly adorable supernatural extravaganza filled with not-too-dangerous spirits. But it was 1993’s The Nightmare Before Christmas that is perhaps the best distillation of the Burton style (ironically, it was not directed by Burton, though it was his script); it was as if the imagined monsters of our youth had come to life and turned out to be filled with the same doubts and fears as the rest of us.

Today, both those branches of spookiness have borne fruit. Nightmare opened the gates to a flood of goth kids’ fare like Corpse Bride and Coraline (both, like Nightmare, are available to stream on Netflix), as well as a cottage industry of undead dolls and games. And while the slasher movie has never gone away — it’s just gotten shockingly more graphic over the years — it has also helped grown-up horror, like The Walking Dead and American Horror Story, gain a foothold in the mainstream.

So while today there is no shortage of ways to give yourself the heebie-jeebies, it’s also a great time to remind ourselves of some of the forebears of today’s creep-shows. This week, Amherst Cinema does just that when it presents a double feature of the franchise that, for so many, started it all: Friday the 13th. The theater is bringing in parts 2 and 4 (aka The Final Chapter; it turned out to be anything but) for a late night show on, you guessed it, Friday the 13th. The first film, which introduced the iconic killer Jason to a generation of underage moviegoers — a bit of trivia: he was not the killer in the first installment — gets underway at 9:45pm.

But if slasher flicks aren’t your kind of dread, Amherst has something a little more cerebral on hand as well: Stanley Kubrick’s 1964 satire Dr. Strangelove or: How I Learned to Stop Worrying and Love the Bomb. Presented as part of the programming related to the Smith College Museum of Art exhibition “A Dangerous Woman: Subversion and Surrealism in the Art of Honoré Sharrer” (Margaret Bruzelius, Adjunct Professor of Comparative Literature at Smith, will introduce the film), Kubrick’s great Cold War critique feels as fresh today as it must have in the ‘60s — if not fresher.

Peter Sellers — who we should all remember was always so much more than Inspector Clouseau — plays three roles in the film: the ineffectual U.S. President, a Royal Air Force Captain, and the title character, an ex-Nazi who is now a presidential advisor. He was originally slated to play Major T.J. “King” Kong, a role that now seems indivisible from the good ol’ boy performance of Slim Pickens. Subversive, prescient, and perfectly pitched in its absurdity, watching Strangelove today, as our White House impetuously flicks at the ear of North Korea, can sometimes seem all too probable.

Finally this week: a different kind of dread comes to Cinemark theaters on Sunday and Wednesday, when it screens The Princess Bride in a 30th anniversary show. Rob Reiner’s wonderful fairy tale about true love features a young Cary Elwes as both the stable boy Westley and the masked adventurer Dread Pirate Roberts, and Robin Wright as Buttercup, the maiden who captures his heart. With narration from the late Peter Falk and Chris Sarandon’s finely evil turn as Prince Humperdink — and perhaps the greatest supporting cast in comedy history — The Princess Bride will make you believe in love again.