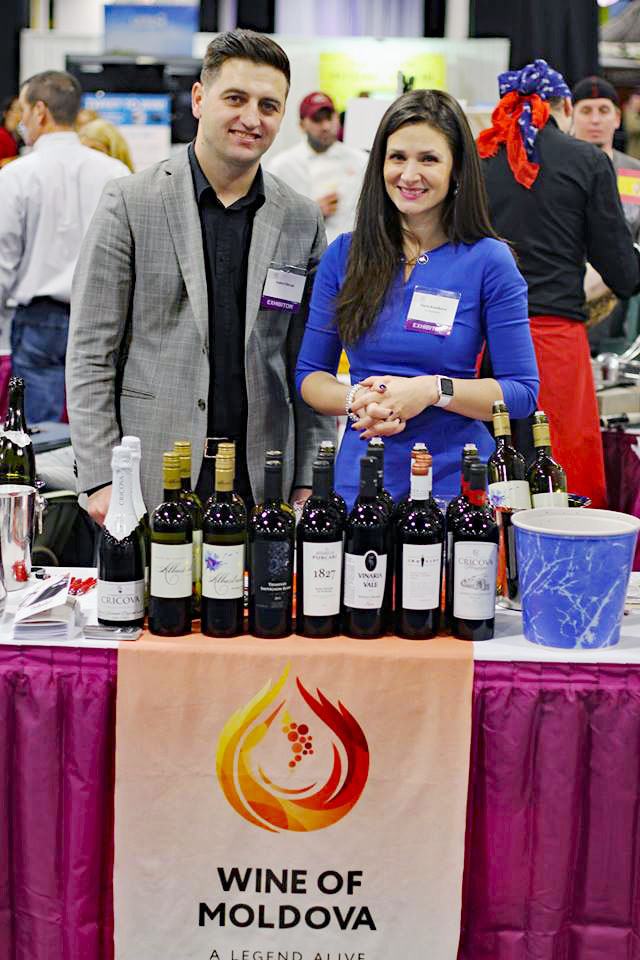 You already know that Russia hacked our election. What you might not have heard is how Russia has also inadvertently hacked our American wine market. And the two main culprits currently under investigation are from Agawam, the husband and wife team of Andrei Birsan and Daria Ratnikova from VinDistributors.

Daria is originally from Moscow and Andrei is from Moldova. Moldova? Is that another country made-up by our Russian-compromised commander-in-chief? Turns out, no. Moldova is a former Soviet republic nestled between the Ukraine and Romania. By some estimations, it’s the poorest country in Europe. It also turns out that Moldova is one of the top 20 wine producing countries in the world. (At least it was in 2014, according to the Food & Agriculture Association.)

Their language is Romanian, but romantic enough in its construction that Andrei says, “If a Moldovan moved to Italy, they would be fluent in a few weeks.” If you have heard of Moldova, perhaps it’s because there is a rather large Moldovan population in Greenfield. But seeing as they are predominately made up of of devout Baptists, there’s not a lot of recreational wine drinking in that community. As the old joke goes: Catholics believe the wine is literally changed to the blood of Christ and Baptists believe the wine is literally changed to grape juice. Moldova is just about the same latitude as Burgundy, so the climatic potential to make great wines is there in the geography-and in the rich soil near the Black Sea. But if Moldova is such a big-deal wine country, why haven’t we heard of them? Because, at least for a while, they didn’t need us.

According to Daria, Moldova elected a largely pro-European parliament. Three years ago, in retaliation, “Russia stopped buying Moldovan wine. Twenty five percent of Moldovan GDP comes from wine. So when that big sale didn’t happen, the economy started to suffer.” That’s where Andrei and Daria come in. They decided to emigrate wines from his native country into their new homeland: New England.

“We started the company just over two years ago.” Andrei says, “It was a good time because the government was looking into opening new markets, especially looking towards the West.” Daria and Andrei were in their early 20’s, just out of college, living in their adopted homeland of Western Mass and in go-nowhere jobs they didn’t love. What to do? Drink. And, since they started importing wines themselves, bring a favorite part of their homeland home and drink for free.

“There was a Moldovan initiative to create a public/private partnership called Wine of Moldova which created marketing opportunities to target new markets,” Andrei said. Andrei and Daria seized the opportunity and are double-handedly tearing down the Iron Curtain between the U.S. and Moldova’s wines here in New England.

The Cricova Brut is a sparkling blend of Chardonnay, Pinot Noir with some Aligoté and Sauvignon Blanc blended in. The interesting thing about Cricova, a winery based in the Moldovan city of that name, is they store their wine in 75 miles of underground tunnels in a former limestone mine. And you thought The Big Dig was big.

“You’re actually going to find traffic lights and intersections underground,” Andrei says, “The streets are named after the types of wines that are stored on those streets.” Apart from being the perfect microclimate for wine storage, Cricova has built banquet halls to entertain foreign ministers underground,” Daria says, “Putin’s 50th birthday was actually in Cricova.” Who knows? Maybe Trump was there.

The Brut is made in the bulk Charmat method (long story, another column) but has a yeastiness that alludes to some Champagne. And at $8.99 or so a bottle, I find it hard to make excuses not to get one for every evening. “It pairs with tomato bruschetta or brie cheeses,” Daria says, “but my girlfriends really like to pair it with caviar.” Andrei adds, “I usually like to drink it right from the bottle.” Some gender stereotypes know no geography. I’ll have it right out of the bottle with caviar, thank you very much.

Then there is the Purcari Winery. According to its website, meetmoldova.com, “By 2015, no other winery in all of America, Germany, Austria and all of Central Europe won more prestigious Decanter Worldwide Wine Awards than Chateau Purcari.” (Decanter is a very good British wine magazine). Allegedly, Queen Elizabeth loves one of their 1990 offerings so much she still yearly orders it by the case. I tried the 2011 Rara Neagră de Purcari.

It’s easy to find because of the large “1827” printed on the label, the year Russian Emperor Nicholas I declared Purcari to be officially fancy. Rara Neagră is an indigenous grape and it means “rare black”. It looks light in color, like a Pinot Noir, but it’s much richer, it tastes like sour cherry with some earthy notes on the nose. (Euphemism for poop smell. That’s not a bad thing. Another column). And like most Moldovan wines right now, it’s dirt cheap: $15.99.

With little-to-no American name recognition and more than 200 miles of driveable underground wine storage, Moldovan wine is figuratively and literally an underground wine culture. But Andrei and Daria want to change that here in New England, and that’s the best news I’ve heard out of the former Soviet Union in a long time. I really like the wines, especially the sparkling. And I, for one, know where I’m heading when the Putin/Trump Apocalypse is nigh: the 200 miles of underground limestone wine bunkers of Moldova.