Loretta Ross and Sustainable Activism to be Highlighted at UMass Gathering 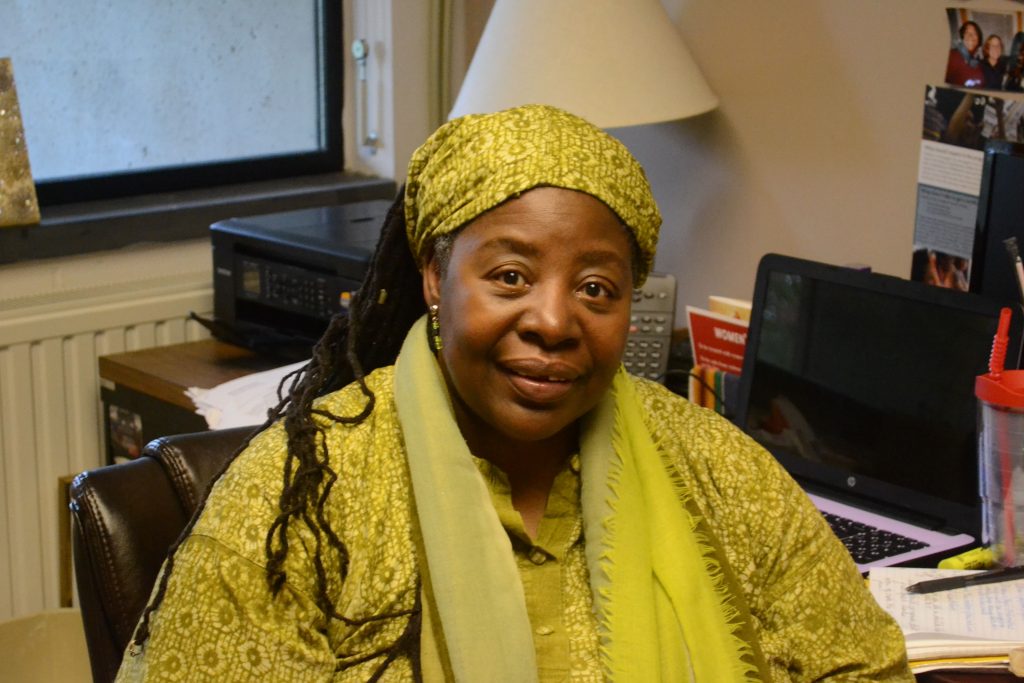 Loretta Ross in her office at Hampshire College. 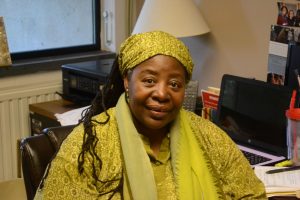 Loretta Ross in her office at Hampshire College.

Loretta Ross, an author, feminist, and expert on human rights and racism now teaching at Hampshire College, is clear on her views about President Donald Trump’s election:

“The sky fell,” she said in a recent interview.

But the point she really wants to drive home as keynote speaker of an upcoming social justice event at the University of Massachusetts Amherst is that Trump is an outcome — he’s not the cause.

“America has a long and troubled history with white supremacy,” Ross said. “Some of us who have studied the fascist movement globally … have long been warning that these people have never retreated.”

Ross’s speech will be among the highlights of “Voices of Resistance,” a weekend event scheduled for Friday, Nov. 3, and Saturday, Nov. 4, focused on the economic survival of activists, particularly new graduates and students. The event is co-sponsored by the Resistance Studies Initiative at UMass and the 32nd annual New England Regional Gathering of War Tax Resisters.

Ginny Schneider, one of the coordinators of the event from the War Tax Resistance resource center in Portland, Maine, explained that the event will be focused on financial stability for activists because students are often “indoctrinated” to believe that corporate America is their only career option.

“There is this whole world of social change going on,” Schneider said. “We want to help students understand the way that their taxes pay for the burgeoning military industrial complex. They are supporting a violent society in a way that they might not want to.”

Coordinators for this weekend’s gathering are expecting attendees from all over New England and the country. Additionally, “Voices for Resistance” is open to students and community members. On Friday evening from 7 to 9 p.m. in Goodell Hall, there will be a discussion and panel that will include both younger and older activists who will talk about the struggles and joys of creating sustainable lives while while working for justice. The panel will be participatory and include both personal and professional stories from the speakers.

On Saturday, there will be workshops starting at 10 a.m. and 1:30 p.m. on a variety of subjects, including: War by the #s, Witnessing the Border Wall, and Divesting from War. The workshops will consist of a presentation followed by time for a discussion and questions. For example, War by the #s will include a presentation by Lindsay Koshgarian, the National Priorities Project research director, about where the money that funds the military industrial complex in America comes from, and where it goes. The National Priorities Project website shows the average federal income taxes that go to the military by state and can even calculate that number based on an individual’s federal taxes.

“We’re providing information about how, once they enter the workforce, we want (students) to understand how they are contributing to the budgetary priorities of the U.S. administration,” Schneider said.

The weekend will culminate with Ross’ keynote speech in Goodell Hall at noon on Saturday. Her speech, titled “White Supremacy in the Age of Trump,” is also the the subject of a course that she is teaching at Hampshire.

Ross has worked as a professional feminist since her twenties, and was more recently a co-founder and the national coordinator of the SisterSong Women of Color Reproductive Justice Collective from 2005 to 2012. She is one of the creators of the term “Reproductive Justice” and co-authored a book that was released in March 2017 entitled Reproductive Justice: An Introduction, co-written with Rickie Solinger. Ross’ speech will speak to why an event like “Voices of Resistance” is important now, under the Trump presidency.

While the weekend gathering will be informational for attendees, it is also meant to be inspirational. Coordinators are hoping that the activists and resisters who are speaking over the course of the weekend will demonstrate to the young people in attendance that you can build a sustainable and happy life while also working towards justice. Ross hopes that her speech about white supremacy will arouse a sense of outrage.

“Outrage is that sense that you have to do something external to yourself to correct an injustice,” Ross said. “I want white people to develop a sense of outrage because through white supremacy, an accurate white history has been stolen … Too much of the work on white supremacy presupposes that it’s about saving black people and other people of color, we’re going to actually save ourselves; we do not need saviors. We need white people to wake up and save themselves.”