How to Navigate Holiday Wine Tastings With Style 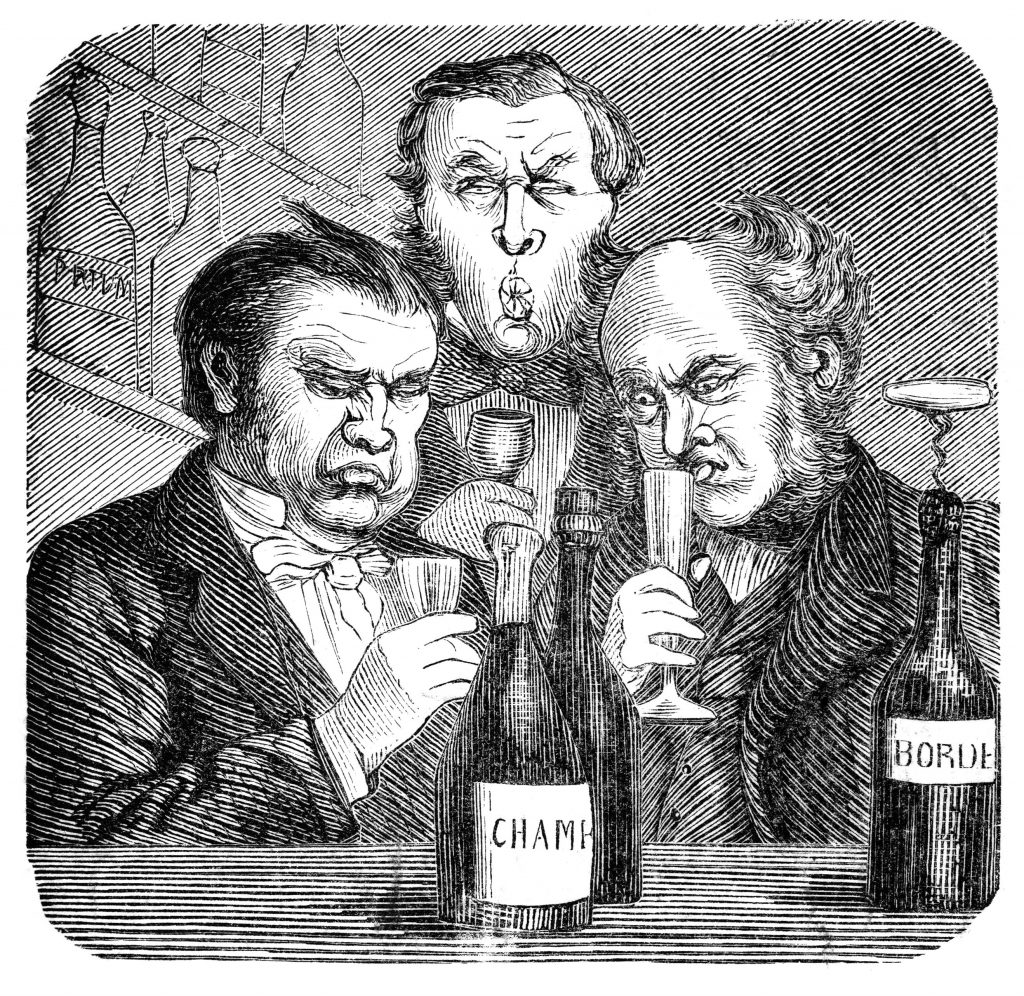 As we tiptoe toward the holiday season, you may find yourself with the opportunity to attend a wine tasting. A chance to try endless, free, tiny pours of wines and other alcoholic beverages in anticipation of having to endure the darkest and saddest time of the year — Christmas. I actually love Christmas. And Hannukah. And Kwanza (not much drinking with that holiday, though). I especially love Thanksgiving. And as we get closer to those holidays, I’ll recommend some wines for each. But even if you hate the holidays, you might love drinking. Let us make sure you’re up for the task of attending a tasting, ensuring you salubrious solace as we head into the solstice.

I recently attended a wine distributor-sponsored tasting in Northampton. It was not open to the public. I schmoozed my way in because of this column. I did it for you. While I was there, I talked to several wine buyers for stores and restaurants — the places you will likely be able to attend a tasting soon. I also talked to another interloping dandy like myself who had little-to-no business being other there than his private 1,000-bottle-plus personal wine collection. I will keep attendees identities’ anonymous in an attempt to give you their raw honest do’s and don’ts of proper protocol while attending a wine tasting.

The first lesson I learned: Don’t judge a wine by its label. And don’t judge a person by the way they look. Except sometimes. If you want to try some higher-quality stuff, don’t talk to anyone who looks like they were an extra on The Sopranos. This coming from a writer who has many family members who fit this description to a T(ony). If they have a thick New Jersey accent, an ill-fitting suit, big hair, or leopard print, they are probably representing a super-sweet, mass-produced wine that has been manufactured solely to dominate market share this season.  If you do find a real Italian person or French person; they are more likely to have “the good stuff.”

A lovely bar manager from one of our Valley’s fine restaurants recommends that you not taste too much cheap wine (see people who look like “The Sopranos”) and says, “Follow your instincts. Go for what you know you like, but then engage in some conversations about something you’re not as familiar with. The pourer will push you in directions you might not expect and you’ll end up learning something you didn’t know.” Her last piece of advice: “Don’t go to the spirit room last. But go near the end. I went towards the end of another tasting and had an Amarro. It’s a digestif. It’s like medicine, so it cured my pre-hangover and I got a second wind.”

A local beverage store owner has “more reasons” to try stuff than I do. He says, “Start with a dry Champagne, then go after a specific topic and learn as much about it as you can.” He was on a mission to learn more about Sake. I met him at the Sake table. We tasted a sparkling Sake rosé but it wasn’t just rosé in color. It was made with real rose petals. It was fascinating to hear about the milling of the rice and how “Junmai” means pure rice, but there is no required amount of rice milling. “Ginjo” means the rice has been milled 40 percent. Sake science!

Some of my fellow wine snobs whom I taste with on the radio advised, “Don’t get annihilated. Maintain professional decorum. If you have something you’re really interested in, spend more time with it or try to see if anyone is offering anything similar. Go on a mission to learn. And finish with spirits.” Another added: “Don’t forget to eat, dumb-dumb.”

And in regards to eating, a French maitre d’ with an Italian palate told me — after tasting a Barolo and the always delicious Taittinger Champagne — “If they are serving oysters, make sure to get what you want early in case they run out.” He adds that he has no “don’ts” of a wine tasting, “At least I don’t remember any ‘don’ts.’”

Then there was my fellow interloper and fellow fancy dresser — who was wearing a purple shirt and a fedora — and who allegedly writes wine lists for Valley restaurants, in addition to having his own cellar of better than 1,000 wines. He had just had his deviated septum fixed. His sense of smell has now improved exponentially and he was filled with sensory delight in accessing that essential aspect of taste. He says, “Take the wine from the pour and leave it still in your glass. Don’t swirl it. Smell it first. Then give it a swirl and then smell again.” I tasted a few Louis Jadots with him including a Chassange-Montrachet 2014 and a Moulin a Vent that were both spectacular. Those and the Taittinger were my highlights at this tasting.

As we head into the season where grand tastings will be as ubiquitous as inflatable holiday lawn ornaments, be prepared! Heed the advice of these anonymous professional drinkers. One last piece of advice from me — don’t show up right at the beginning of the tasting. Especially if you’re crashing the party. It’s easier to blend in when more people show up. Plus, the scallops-wrapped-in-bacon don’t get passed around until later.