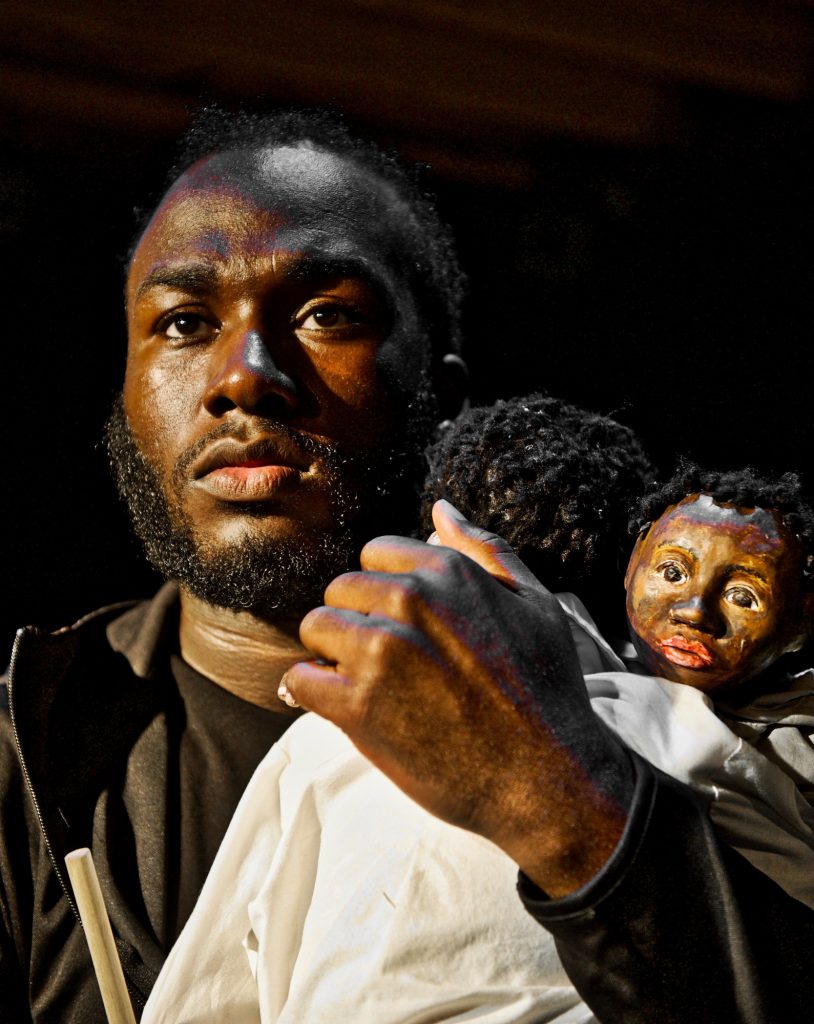 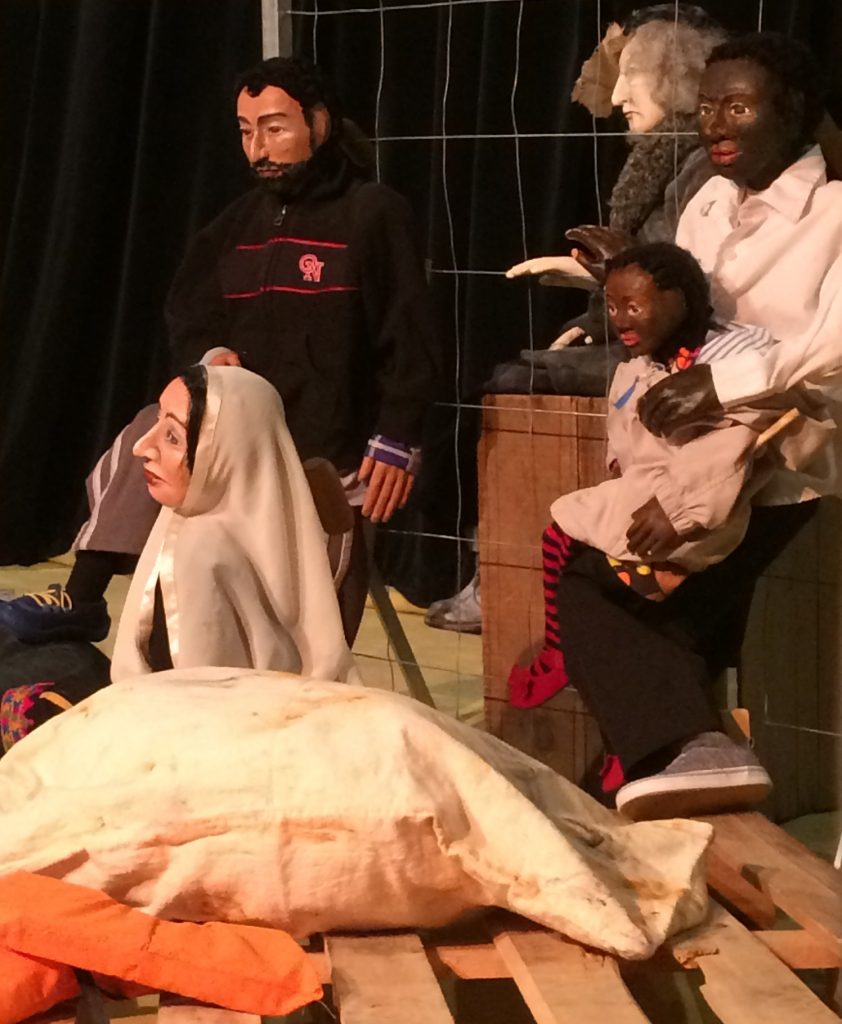 As artists, how can one watch the millions of refugees fleeing Syria, Iraq, Afghanistan, not to mention countries in Africa and Asia, and not want to address this issue?  That question provoked the latest handmade production from Sandglass Theater, the world-class puppetry troupe headquartered in Putney, Vermont.

The floods of refugees flowing from the Near East into an often hostile Europe, coupled with the travel bans on people seeking sanctuary in our own immigrant-bashing country, inspired Sandglass founders Eric Bass and Ines Zeller Bass to begin a collaborative creative process with a group of fellow concerned artists.

The result, a human-and-puppet performance titled Babylon, receives its premiere this Saturday, Nov. 4th, with a free performance at Putney’s Landmark College. The title, evoking images of a great city gone to ruin, serves as “a metaphor for the destruction and destabilization that is leading much of the world into a refugee crisis of mythic proportion.”

The show is based in part on interviews with refugees recently resettled in southern Vermont, focusing on both the trauma of flight and the challenges of a new home. The play’s overlapping stories feature seven puppet characters representing asylum seekers from Syria, Afghanistan, El Salvador, and Burundi. It’s performed by a multiethnic company of five, accompanied by moving panoramic scrolls and four-part choral songs.

“The show is performed with simple means,” the company explains, “not much more than someone could carry with them as they flee.”

In connection with this performance, Eric Bass will give a free talk at Landmark next Monday, the 6th, on “The Puppet as ‘Other’: How Sandglass Theater Addresses Social Injustice,” as part of the college’s Academic Speaker Series.