Cinemadope: A Fan Steps into the Spotlight in “Good Ol’ Freda” 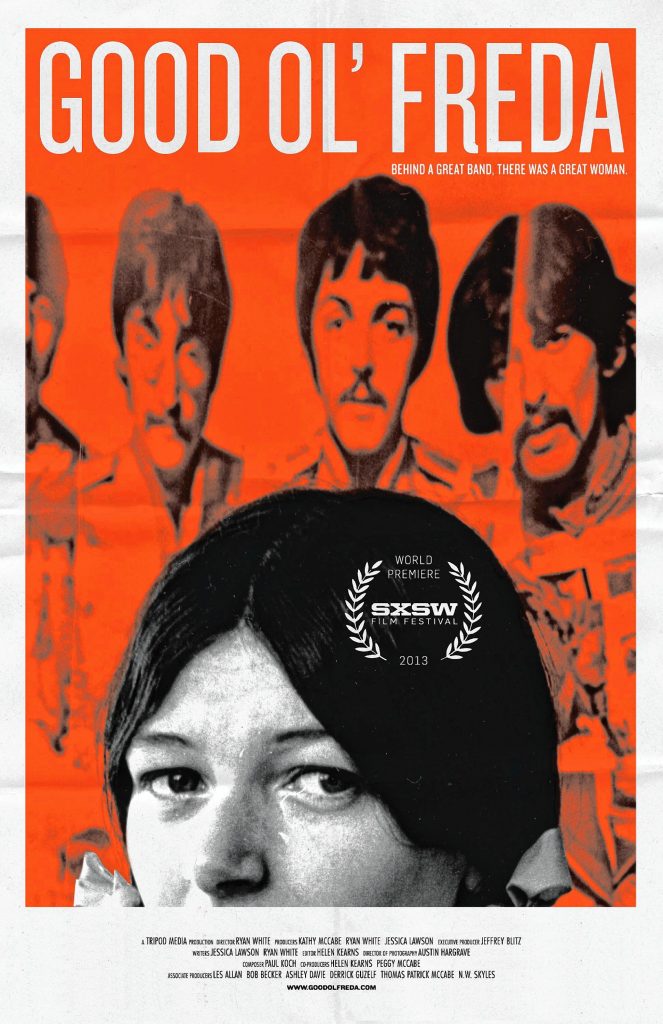 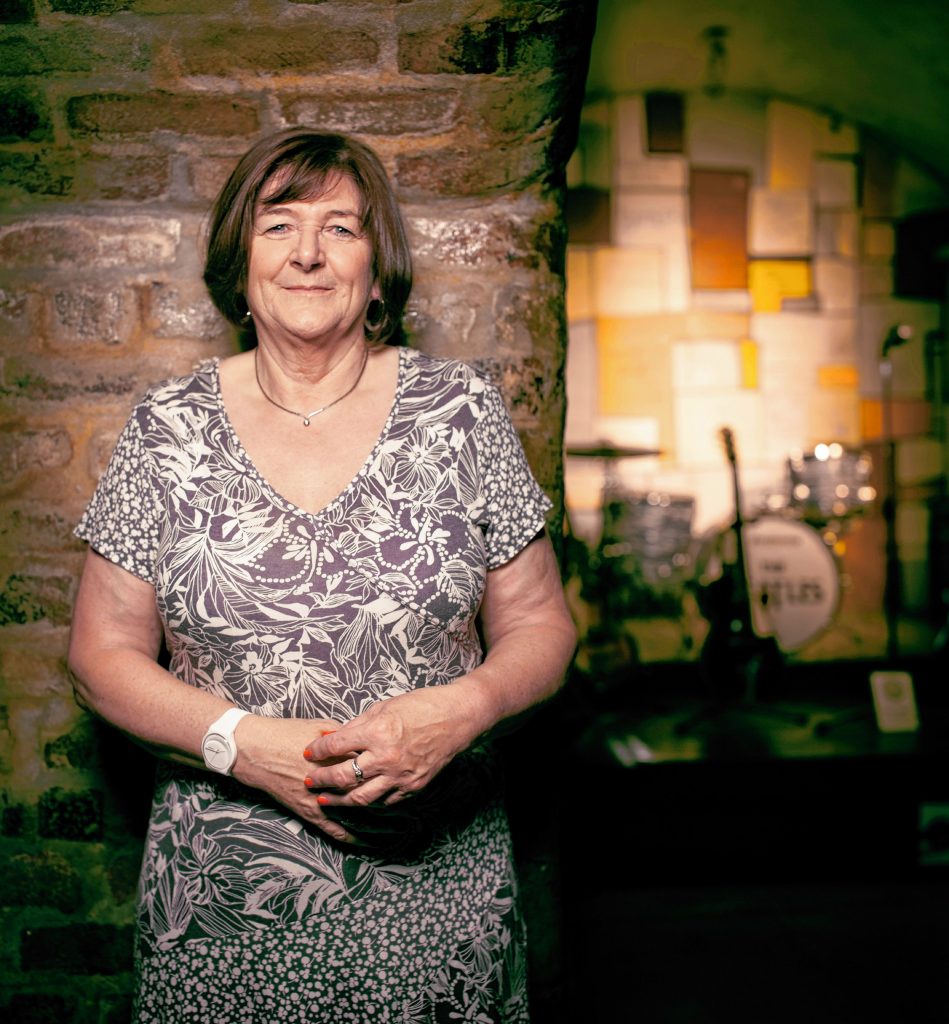 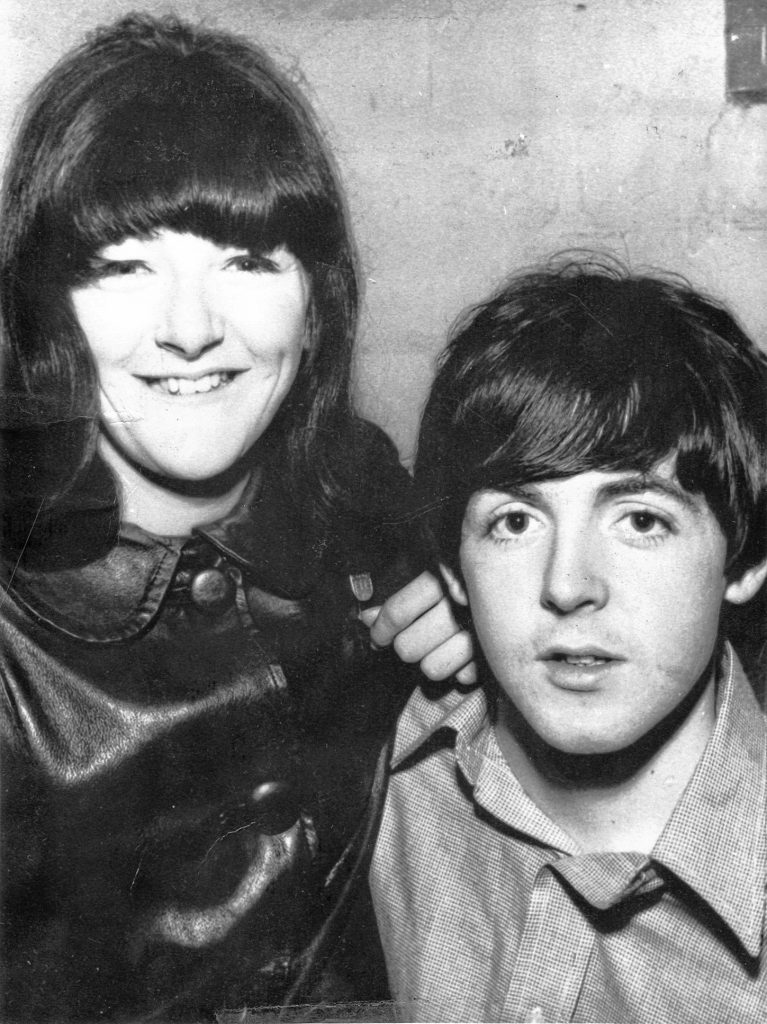 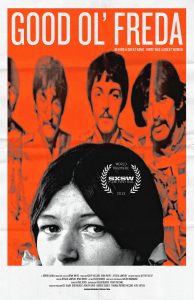 It’s a fool’s game to think that the past can’t be topped, but let’s play it for a moment: can there ever be another phenomenon like the Beatles? Whether you count yourself a fan or not, the band — their impact was never only about their music — set off a sea change in popular music that is still making waves today.

In a world where we now have nearly any recording literally at our fingertips, it’s difficult to imagine any one band gaining the cultural traction that the Beatles enjoyed. The 10 years that they were active (from 1960-70) were filled with huge cultural shifts and emerging technologies that knit together perfectly with what lads from Liverpool were looking to do. But Ringo & Co. also had a secret weapon — her name was Freda Kelly.

In Ryan White’s engaging documentary Good Ol’ Freda, showing this Friday and Saturday at Pothole Pictures in Shelburne Falls, the woman who helped build and burnish the Beatles’ image finally gets her due. One of the band’s earliest fans in Liverpool, Kelly would go on to head up their official fan club, later working with Beatles manager Brian Epstein. And for half a century, she remained a dedicated fan and tireless promoter, never looking to share the spotlight. I mentioned before that the Beatles were active for 10 years — Kelly was with them for 11.

With the birth of her grandson, Kelly decided the time was right to share her story. And White, whose musician uncle was a member of the Merseybeats and appears in the film, was the right director to tell it — although even he, who had grown up seeing the familiar face of Freda at family events, never knew she was involved with the Beatles until she came to him to tell the tale.

The resulting film is both timeless and a time capsule: capturing a special moment in our cultural history but also focusing on Kelly’s selflessness and enduring sense of loyalty, strong values that only grew stronger the closer she flew to fame. In today’s tabloid society, Freda’s unwavering sense of respect — for herself and others alike — is bracing.

Also this week: in the last year, the national discourse on immigration has turned uglier than ever. With government agents lurking outside hospital doors and families being broken up, it feels all the more important to talk about the true history of immigration. This Thursday, Valley filmgoers have a chance to learn more when the Pioneer Valley Workers Center (on Hampton Avenue in Northampton) hosts a fundraising screening of Harvest of Empire: The Untold Story of Latinos in America. Based on the book by Democracy Now! co-host Juan González, the film draws a direct connection between the U.S. government’s long history of Latin American interventions and the waves of northward immigration that so many on the right object to today. Using archival material and present day immigrant stories mixed with interviews with leading civil rights and social justice activists, Harvest of Empire gives voice to a group too often told to be silent. For all the deaf ears it may yet fall on, it’s an important message. “We are all Americans of the New World,” says González, “and our most dangerous enemies are not each other, but the great wall of ignorance between us.”

Another story of displacement is told by Human Flow, in which filmmaker Ai Weiwei follows a sad trail of human stories through two dozen countries over the course of a single year. Escaping war, famine, and other ravages both natural and man-made, the 65 million people on the move make up the largest number of displaced people since the Second World War. It screens Friday through Monday at the Berkshire Museum’s Little Cinema.