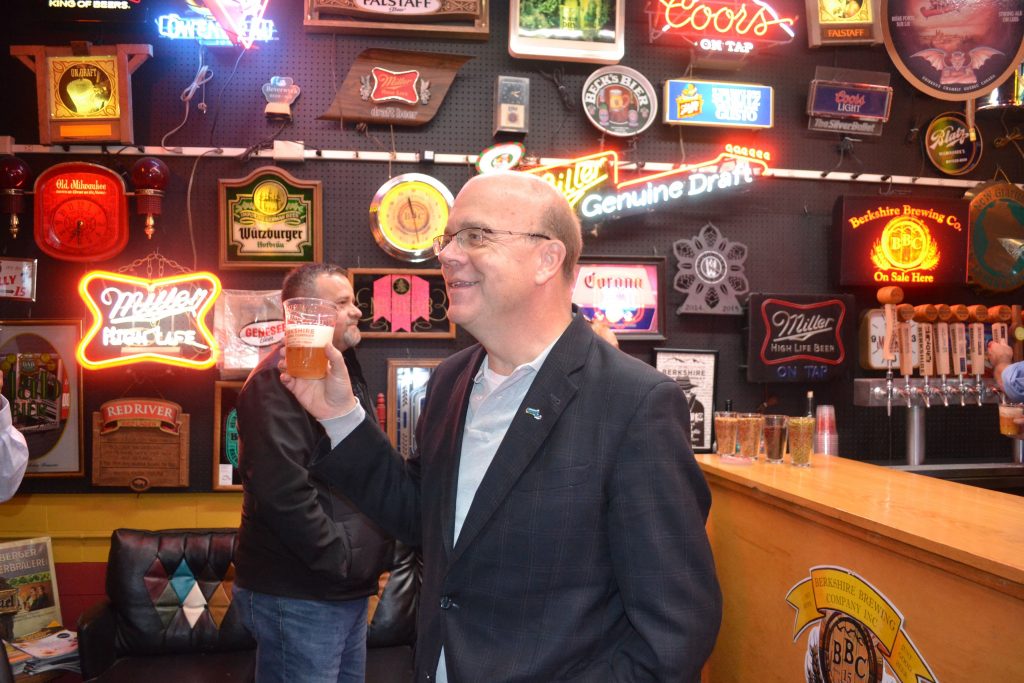 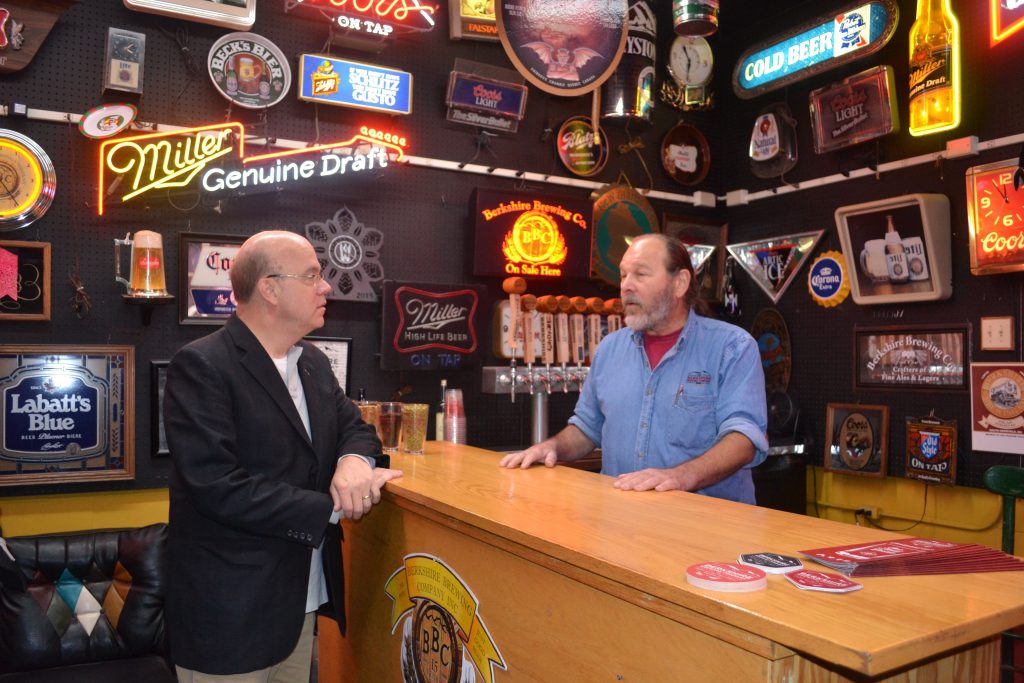 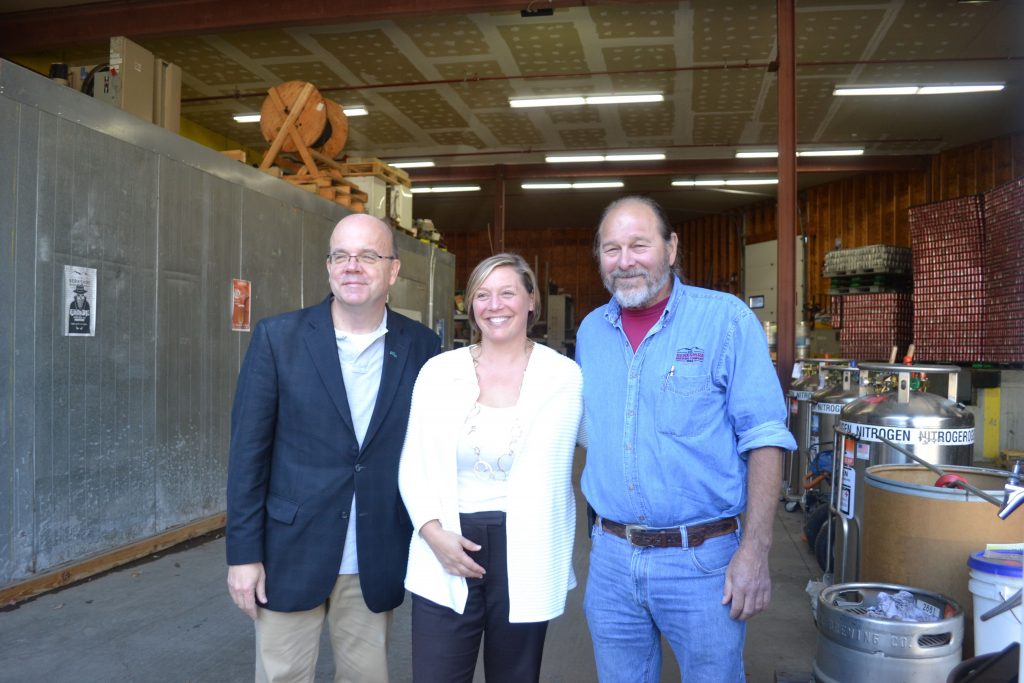 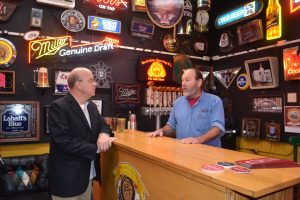 Berkshire Brewing Company in South Deerfield is celebrating its 23rd year this fall. Despite the company’s success, president and owner Gary Bogoff still feels limited by the strain of state and federal taxes and regulations. If federal excise taxes were reduced, Bogoff already knows how he would use the extra money.

Berkshire is one of several local craft breweries that are flourishing in the Pioneer Valley. Congressman Jim McGovern, who represents Massachusetts’ Second Congressional District, is working to pass H.R. 747, the Promote Craft Beverage Modernization and Tax Reform Act of 2017, to help the craft breweries in his district on the federal level. If passed, H.R. 747 would reduce the federal excise tax on craft beverages and streamline outdated federal regulations on the craft beverage industry.

The bipartisan bill was sent to the House Ways and Means Committee in January of this year, but McGovern is continuing to increase support for its passage. He recently led a craft brewery tour in the region to build momentum for the bill, and Berkshire Brewing Company was the second stop.

“I really owe it all to my dad, who turned me on to my first beer at 15,” Bogoff joked.

Berkshire has a state of the art facility, including a new, fully-automated canning machine. In spite of its craft brewery status, Berkshire still produces 580 barrels of beer a week, and for every barrel produced it pays $7 in federal excise taxes, which amounts to over $200,000 a year.

If passed, H.R. 747 would reduce the federal excise tax on small brewers (those producing fewer than 2 million barrels a year) from $7 to $3.50 for the first 60,000 barrels produced, and from $18 to $16 for all other brewers and beer importers. It also changes federal regulations by allowing consolidated bookkeeping in brew pubs, expanding the list of items that can be included in beer and cider without approval by the Alcohol and Tobacco Tax and Trade Bureau, and allows brewers to transfer beer between bonded breweries without tax liability.

Massachusetts is home to 110 craft breweries, and 24 percent of them are in Western Mass. 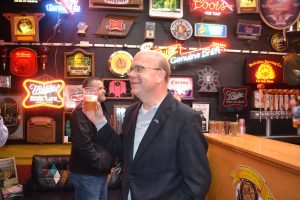 While the regulatory changes to the craft beer industry would be significant for an industry dealing with bureaucracy, it is the excise tax reduction that would really make a difference to small brewers.

Honest Weight Brewery in Orange was another stop on McGovern’s recent tour. Jay Sullivan and Sean Nolan opened Honest Weight two years ago and now produce about 600 barrels a year and employ eight people. Nolan discussed how important it is that Congressman McGovern supports small, local breweries, because they are competing with massive companies.

“It makes it so that we have a little leg up on some of the big guys, so we are less burdened,” Nolan said.

If H.R. 747 passed, Nolan explained that they would use the extra money to continue paying off the debt that they took on to open the company. Nolan said that with a extra few thousand dollars worth of capital, Honest Weight could invest in a new tank or fermenter, which could then result in a lot more product and revenue.

“While we are profitable now, it would be nice to have less of a debt burden,” Nolan said. “We are moving and growing, but we are being cautious.”

In Massachusetts, the craft brewery industry is worth $1.83 billion in economic impact and provides over 16,000 jobs statewide. Additionally, many of the smaller breweries are building and investing in areas that were particularly hard hit by the 2008 recession, like Orange.

Even though Honest Weight has not been around for that long, its impact locally has not gone unnoticed. Max Feldman is an Athol native who now lives just up the road from where he grew up, working as the operations manager for the company.

“I work here for the local injection of optimism in Orange,” Feldman said. “We all know that’s what Orange needs.”

McGovern also recognizes how important craft breweries are to the local economy and community, which is part of the reason that he supports H.R. 747.

“Beer is already an economic driver,” said McGovern, whose own father owns a package store in his hometown, Worcester. “People go to California to tour wineries, we want people to come to Massachusetts to tour our breweries.”

Honest Weight’s taproom on the Route 2 corridor is already working to keep tourists from just driving by.

Will Lapsley and Courtney Dunphy from Cambridge, planned a Central and Western Mass daytrip recently, including a hike, apple picking, and a stop at Honest Weight for a beer with their Boston Terrier Chopper.

“It’s just an easy place to meet people,” Lapsley said about breweries. “If you have good beer that’s the easiest thing.”