Literally, what would Jesus do? A chat with Jesus Christ Superstar’s Ted Neeley 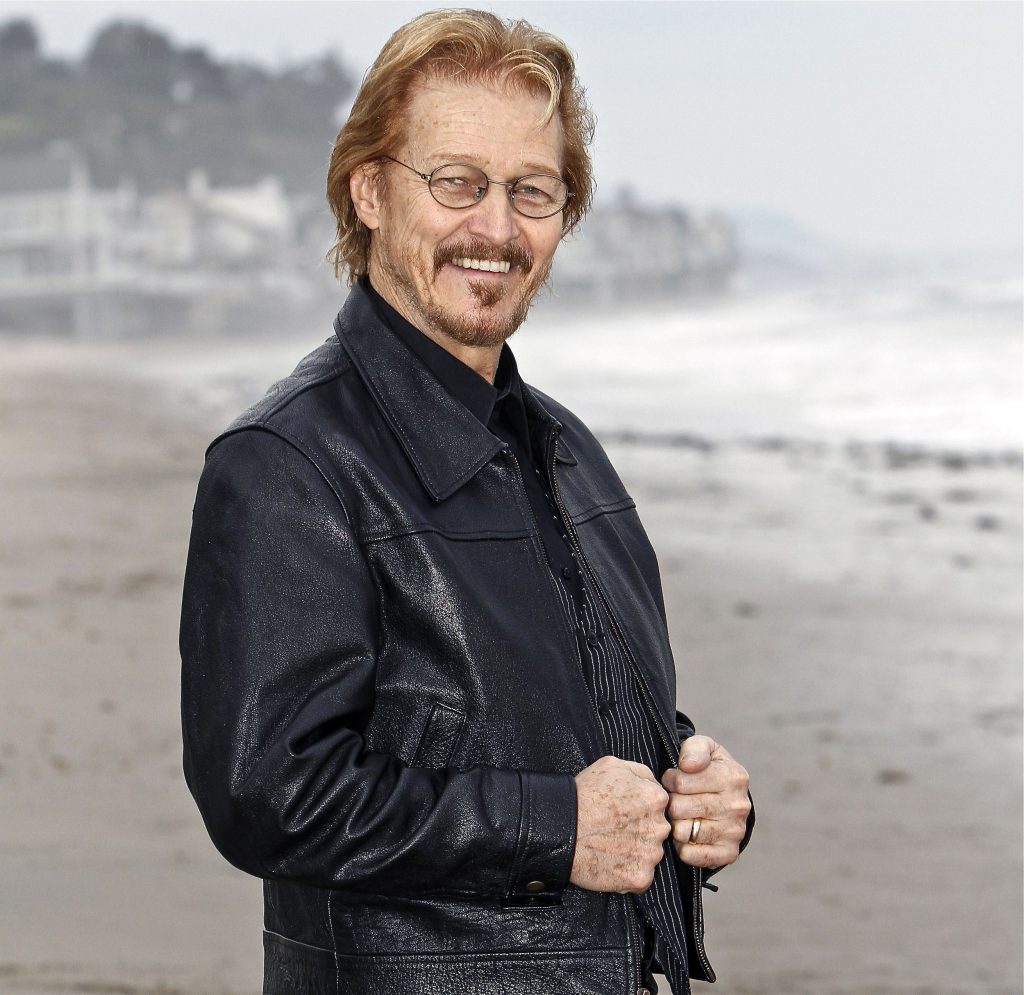 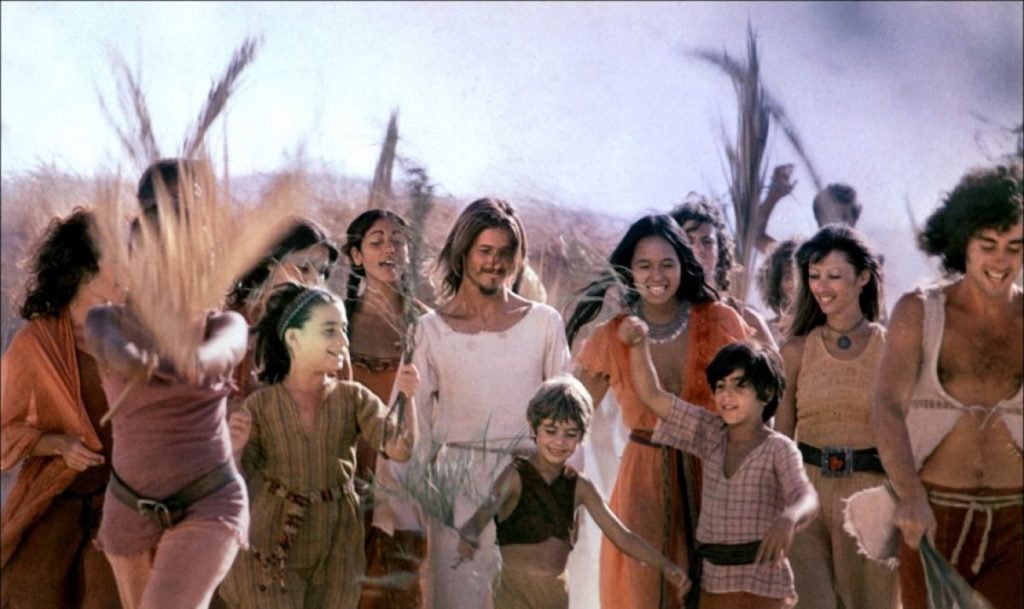 Ted Neeley is not the second coming of Jesus Christ. But he does play one in the extremely popular show and accompanying 1973 movie Jesus Christ Superstar.

The show went from being protested in the streets to one of the biggest Broadway sensations, touring around the world. Neeley still plays the part decades later, and participates in talkbacks at screenings of the film, but an upcoming event at Hawks and Reed in Greenfield this month will be the first time he’ll be participating in a movie screening singalong. The show will be dedicated to Barry Dennen, who played Pontius Pilate, and recently died, and also to Carl Anderson, who plays Judas, and who passed away years ago.

I sat down with Neeley to talk about the show, the role, and what it’s like being perceived by his fans as their “own personal Jesus.”

The event will be on Friday, Nov. 17, and Saturday, Nov. 18, at 7 p.m. Advance tickets can be purchased at www.hawksandreed.com. Cast members Bob Bingham (Caiaphas), and Kurt Yaghjian (Annas; Friday only) will also be there. 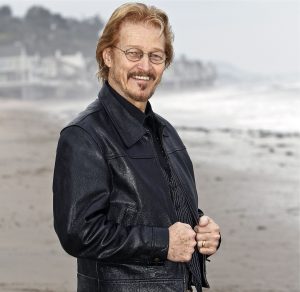 Dave: So this is a 1973 movie, and you have reprised this role both before and again after on tour. Are you sick of seeing this film or sick of this role at all?

Ted: Definitely no in both cases. I tell you. And you would think I would be after all the time, but I must tell you: because of the subject matter, certainly because of the magnificent music by Andrew Lloyd Weber and brilliant lyrics by Jim Rice, and then add to that the fact that the director Norman Jewison, who wrote the screenplay, had such a visionary idea of how to present this and do it actually in Israel where it happened, so every time I’m doing it live on stage, I promise you, it’s as if it’s the first time all over again. And then seeing the film, my goodness, up on those big screens I see things that I never saw before. It’s a wonderful experience.

Dave: A lot of people are really devout Christians and there are some people who are fundamental Christians who take religion to the extreme. How does all this affect you, who portrayed Jesus?

Ted: Honestly, we’ve had pretty much A to Z in terms of response, you know, from the beginning. When we did it in New York, we had protests every single night. There was no violence, but there were hundreds and hundreds of people on the streets carrying signs trying to stop us, literally, from going into the theatre to do the show. What happened honestly was the people who were originally protesting the show became our promoters. So little by little it went from absolutely all religious groups being against it to now they use “Superstar” to teach children religion in the schools.

Dave: How is your singing voice doing after all these years?

Ted: I hope this doesn’t sound too egotistical, but my voice is stronger now than it ever has been. I’m amazed honestly that it still works. It should have been gone a long time ago, but it’s there, and honestly I think it must have something to do with the fact that people are responding the way they are. Those who believe that there is a God above and there was a Jesus Christ, pretty much feel that they have an entry somehow through this piece and they all refer to me as their own personal Jesus. (Laughs.)

Ted: And they always say that but I immediately respond with, “Thank you, I’m honored, but I’m a rock ‘n’ roll screaming drummer from Texas who got really lucky.” 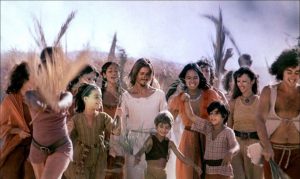 Dave: I understand you first tried out for Judas. Is that right?

Ted: Absolutely right. I remember when I first started because I had worked in “Hair” for three years prior to that with a just wonderful director named Tom O’Horgan and he called me and said, “Ted, they’ve asked me to direct ‘Jesus Christ Superstar’ on Broadway and I want you to be in the show.” Literally it was that. So I went into it with so many cast members from “Hair.” We were just taking off the hippy garb and putting on the Jesus stuff. (Laughs.)

Dave: Can you tell me a bit about your early start in music?

Ted: Sure, I grew up in a family that sang all the time. And I started singing with a band at 10 years old for fun and then that same group of guys stayed together all through junior high school and high school, and when we graduated from high school we hit the road playing music. And we worked our way all the way out to California, going to cities and nightclubs and getting hired for a week and then the next town and so on. We eventually got to California and we never went back.

Ted: I can answer yes to both of those things. I must tell you that the moment that is, shall we say, most fulfilling for me is during the song called “Gethsemane.” In the movie it’s the part where Jesus of Nazareth walks up the mountain and talks to his father in Heaven. Technically it is a conversation between a man and his father about why are you putting me to death. It’s very emotional. We all cry.

For the other, I didn’t realize this until I saw the film for the first time and it made me sad because I was so wrapped up in ‘Please, God let me at least get somewhere near perfection so I won’t offend everybody in the world who comes see this.’ I was constantly thinking, literally, “What would Jesus do?” I was so devoted to trying to be within the person that was there being always expected to do the right thing.

There’s a scene after the leper scene where people crawl out of the walls, where Jesus is walking along and there is Mary. And she hands him a shawl, a blanket she hands him because it’s cool in the evening. Well, that moment each time makes me feel so terrible because I just kept walking. I didn’t respond to her. If I could do it over, I would have stopped for a moment and I would have reached up and touched her cheek with my hand and offered a thank you for what she did.

Dave: You said before people refer to you as their own personal Jesus. Does anyone ever ask you for advice or guidance and if they do what do you tell them?

Ted: My very first experience of that, of being perceived as Jesus, I thought it might have been a joke. It wasn’t. A lady who was pregnant asked me to bless her unborn child. I was stunned. She reached over and grabbed my hand and very gently placed it on her tummy. The minute she embraced my hand into her tummy, the baby moved. And she said, “See, even my child appreciates what you do.” I had to realize then that what I was doing through this work that this would happen. People come up to me and say, “Mr. Neeley, I found my religion because of you.” And I always say, “It’s the lyrics, and it’s the music.” I’m not Jesus. I know that.

Dave: There’s a costume component to this event. And I understand you’re going to be one of the judges. So I want the inside scoop. What’s a winner for you in the costume department?

Ted: (Laughs.) It’s not a winner or loser. It’s important for people to know that you do not have to wear a costume. For those that wear costumes, the audience decides who they want to be the finalists and I’m the guy who holds my hand up next to them and the audience applauds and whoever applauds the most, that’s the one that wins.