Stagestruck: Not Your Bobble-head Einstein 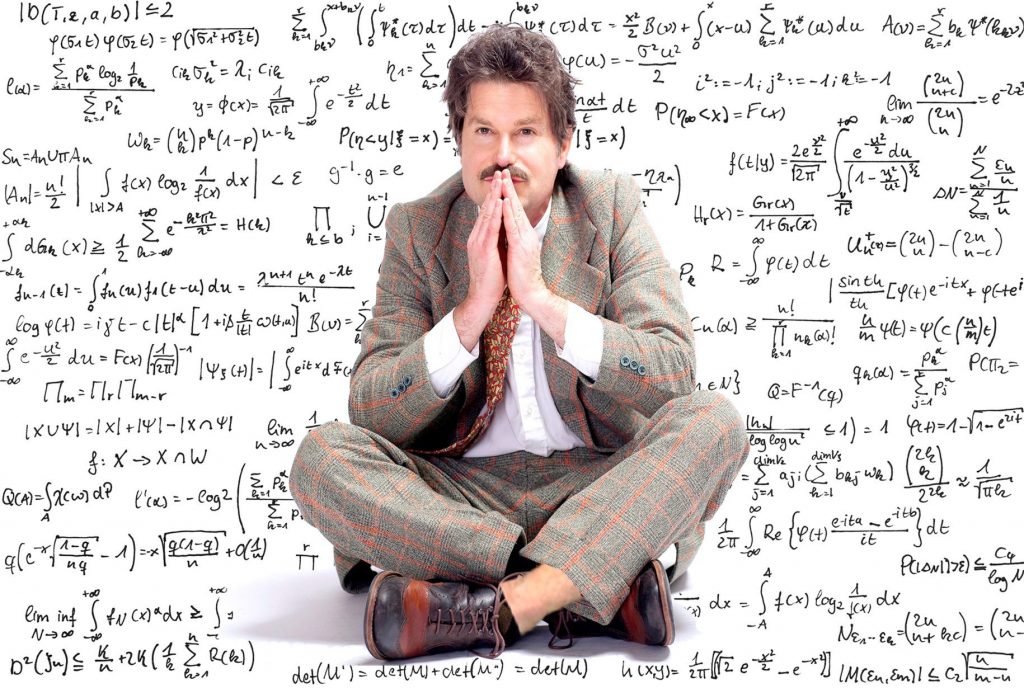 Though it harks back more than 100 years, Jack Fry’s Einstein! shuns the usual retrospective approach to solo shows portraying celebrities. This one is both timeless and time-stamped. The title character appears to us “from the beyond,” complaining about the popular caricature he’s become after death, presenting as evidence his wild-haired likeness on a t-shirt and a bobble-head. But he also situates us in his Berlin study in August 1914, at the beginning of World War I, where the not-yet-world-famous physicist, then 35, is facing his own crises.

The performance, at the Academy of Music this Saturday only, was a hit of last year’s New York Fringe Festival. Directed by Tom Blomquist, it was developed by Fry, an LA-based actor, drawing on a trove of Einstein’s papers only recently made public. Here we find a restless, wisecracking Einstein at a moment of crisis – on the cusp of publishing his General Theory of Relativity to a skeptical scientific community while in the throes of leaving his marriage to live with the woman who became his lifelong love.

Against a backdrop of period photos, Fry plays nine characters in addition to his subject. (“Even from the beyond there are such realities as budget issues,” he quips.) They flesh out the maelstrom of scientific censure, anti-Semitism and militarism (he was a pacifist) that are swirling around him and his fracturing personal life.