Cinemadope: From Punk to Monk 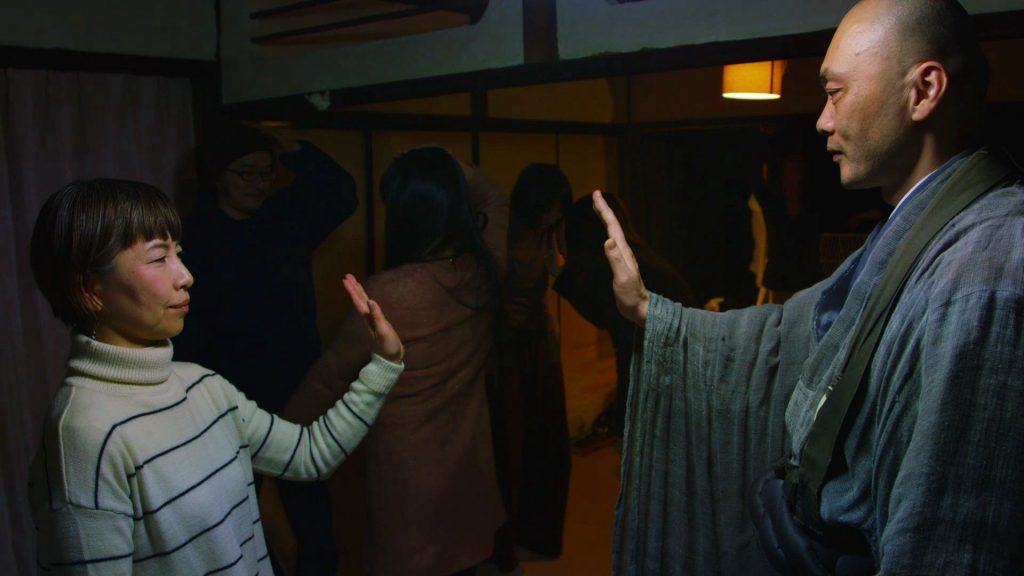 We all die. That great inescapable fact is the one sure thing we all share, but how the knowledge of it affects each of us is a profoundly personal thing. Some people rarely think of it until it is upon them, while others dwell in thoughts of dying. Some are paralyzed by the idea, while others are spurred to action, striving to do as much as they can in the time they’ve been given. And some, for reasons of their own, are compelled to seek it out.

Ittestsu Nemoto, a Buddhist priest and one-time punk, has made it his life’s work to help suicidal people see the other side of a dark equation: the fact that we all die means that we all, also, live. But for Nemoto, the impulse to do this important work stems not only from a sense of compassion, but also from his own self-destructive tendencies. And while his empathy provides a unique sense of connection with those he seeks to help, it also undermines the stability of his own health and family life.

The Departure is a new documentary about Nemoto by director Lana Wilson, whose earlier film After Tiller chronicled a group of doctors specializing in abortion. It screens this Wednesday evening, with Wilson in attendance, as part of Amherst Cinema’s Bellwether Film Series.

The film opens with a look at the “death workshops” that Nemoto leads for his charges as a way of simulating the sense of dying. For the unorthodox priest, the will to live is not found in the rejection of death, but in its embrace, or confrontation; by role-playing their own deaths (some workshop attendees cover their faces with a cloth while Nemoto performs their funeral ceremonies), participants often find that the life of the living seems to once more offer something vital.

Wilson brings us into Nemoto’s world gradually, exploring his work first, and then slowly revealing more of the man at the heart of it, and just how much of a toll his calling takes on his spirit. “I take on so much of their suffering,” he explains at one point. “I can never show them how draining it is.” Making himself available at all hours, Nemoto’s phone — again, he’s not your everyday monk — is constantly pinging with calls and messages from people who have lost hope.

But when his own health takes a dramatic turn, the film does as well, turning the emotional focus from those he’s trying to help and onto the priest himself. Surprised by the reaction — or lack thereof — from those he has devoted himself to helping, Nemoto finds himself asking the questions for a change.

Also this week: As part of its Preview Club, Amherst brings in Fatih Akin’s film In the Fade, starring Diane Kruger (Inglourious Basterds) as a grieving woman whose husband and son are killed in a bombing. Working in her native Germany after a long spell in Hollywood, Kruger gets a chance to stretch in a way that much of her stateside fare — see the Nicolas Cage National Treasure franchise — never allowed. As her Katja works through the aftermath of the attack during a drawn-out trial (In the Fade’s courtroom scenes draw heavily on a 2013 trial of Neo-Nazis in Munich), she is forced to confront long-standing prejudices — and question what, exactly, will feel like true justice to someone who has had the most important parts of their life ripped to pieces.

Following the screening, the Preview Club will host a panel conversation featuring a trio of clinical psychologists who will discuss the ideas of trauma, revenge, and mourning raised by the film. I wouldn’t be surprised to see Kruger, who won the Best Actress award at Cannes for her performance here, grab an Oscar nod as well (In the Fade has already been selected as Germany’s entry for Best Foreign Language nominee). But I also wouldn’t be surprised to see that In the Fade doesn’t get a wide release during the crowded holiday season — if you want to make sure you catch it, do it now.