Valley Show Girl: Leave it to the Women 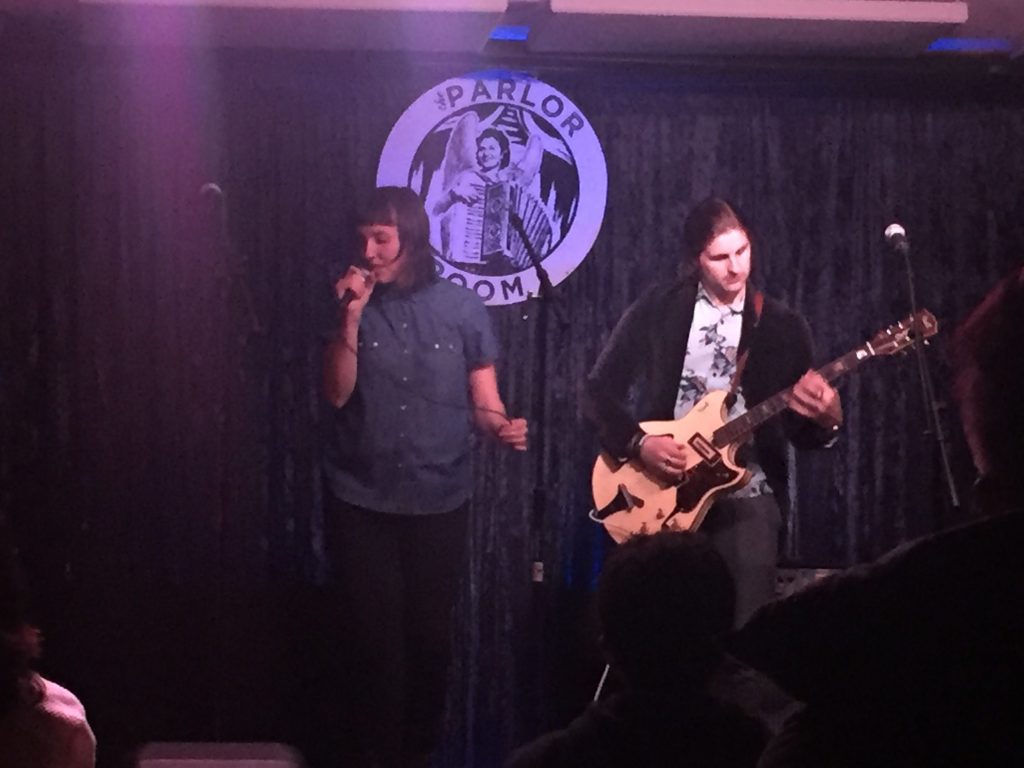 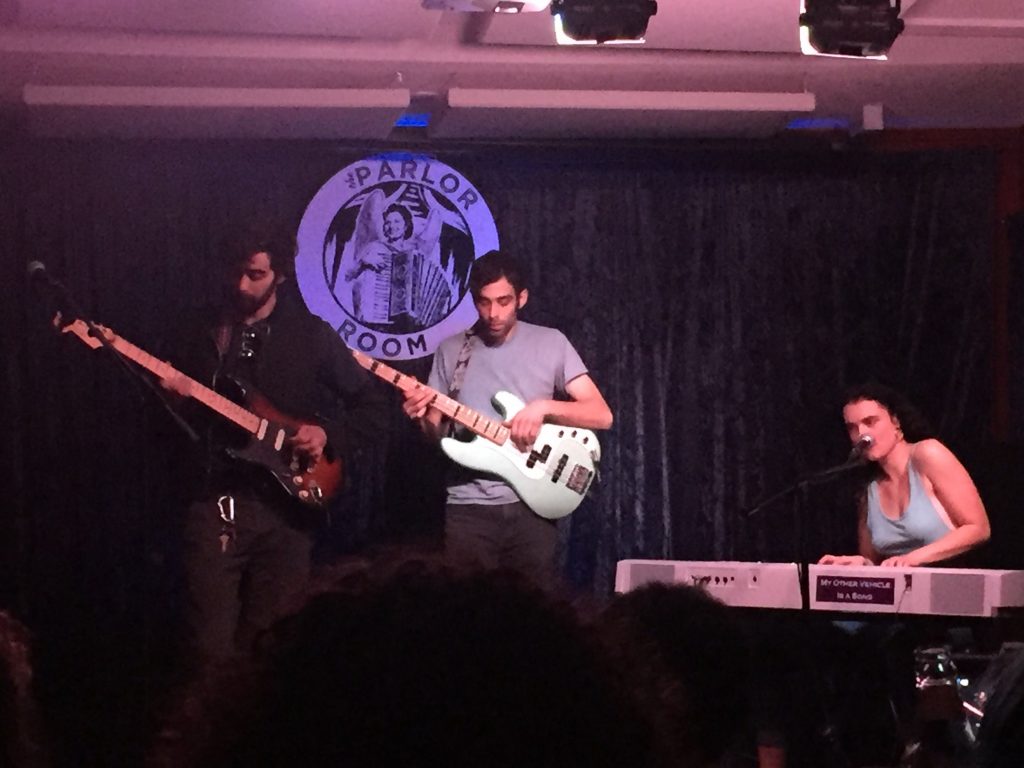 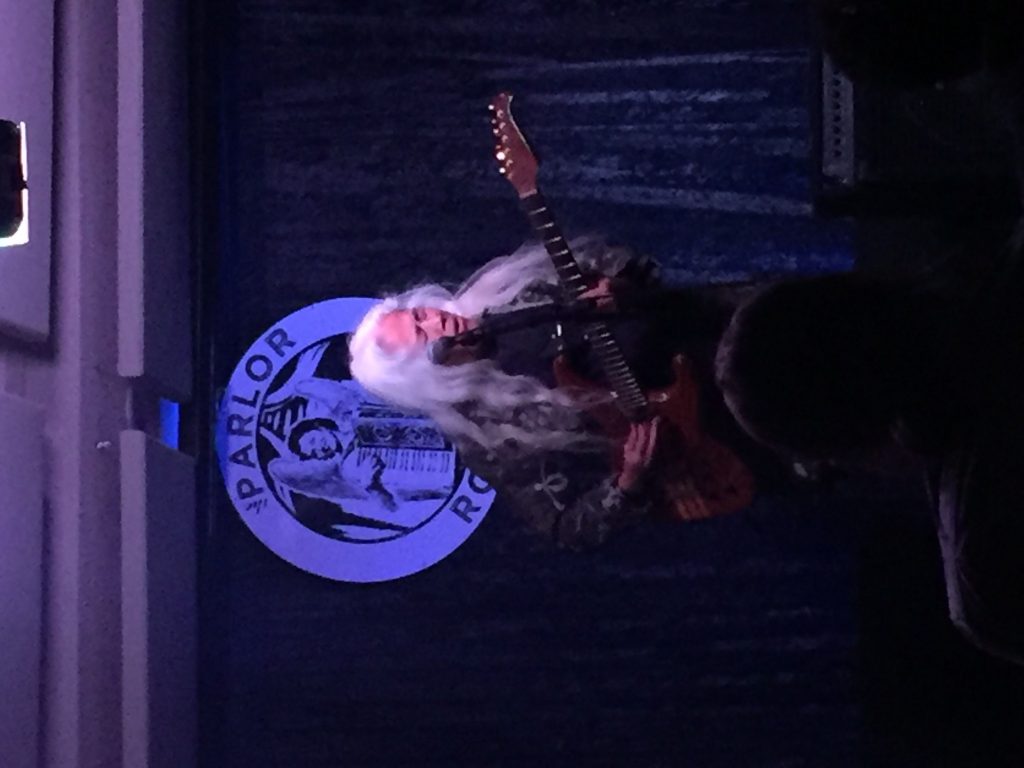 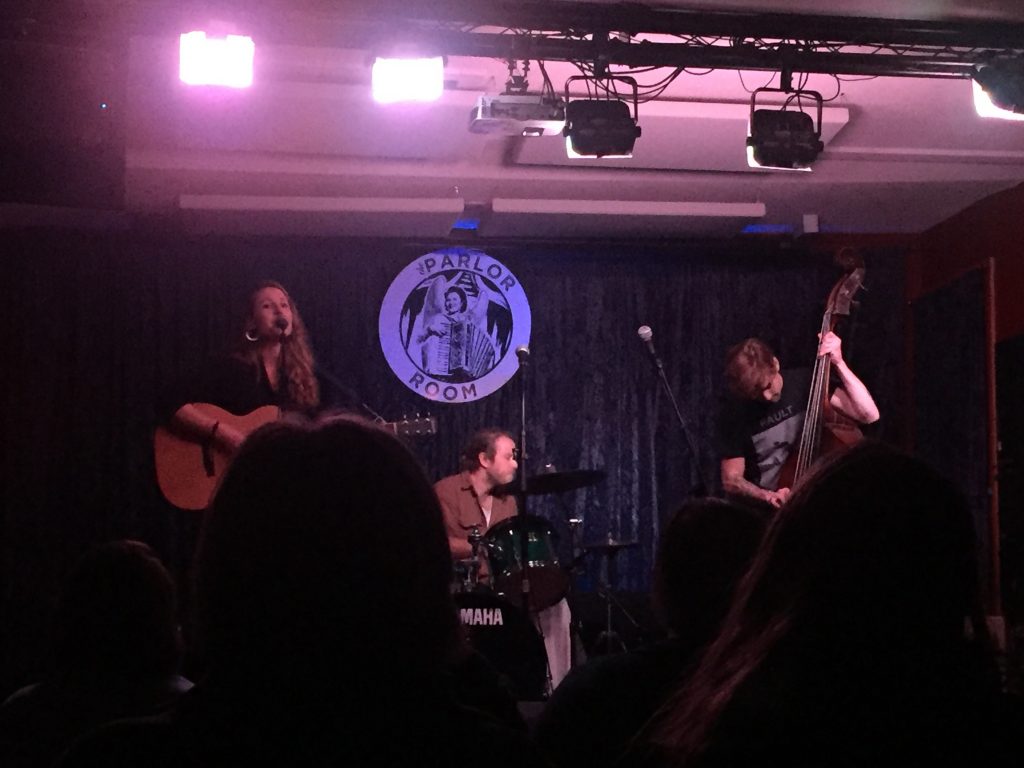 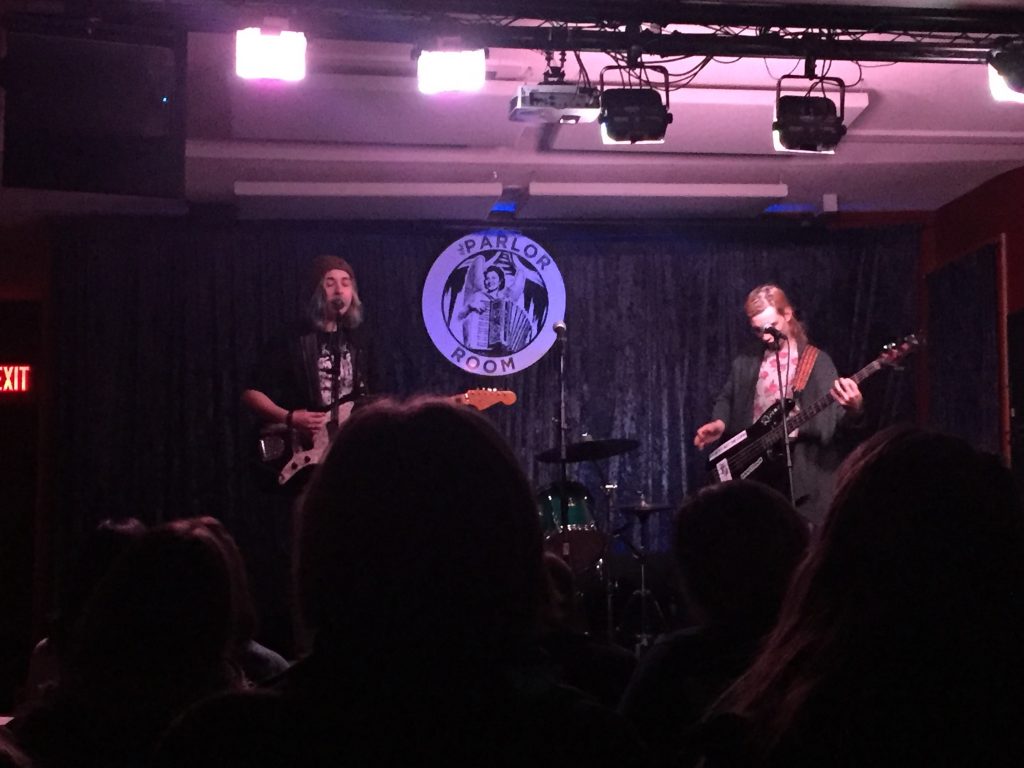 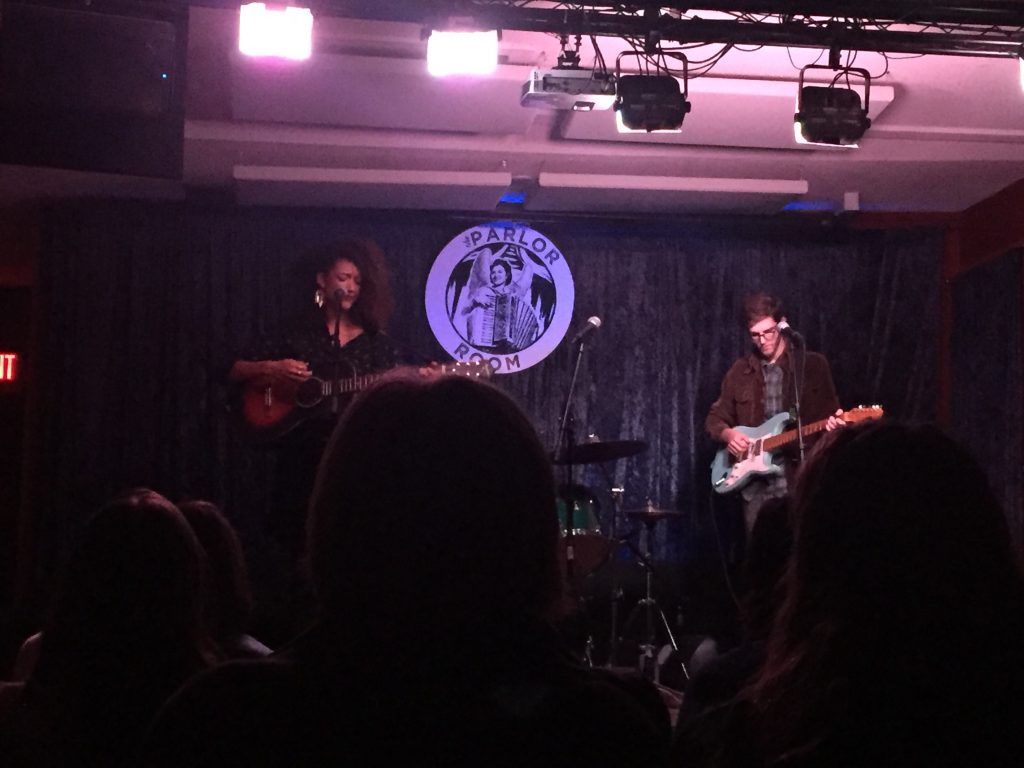 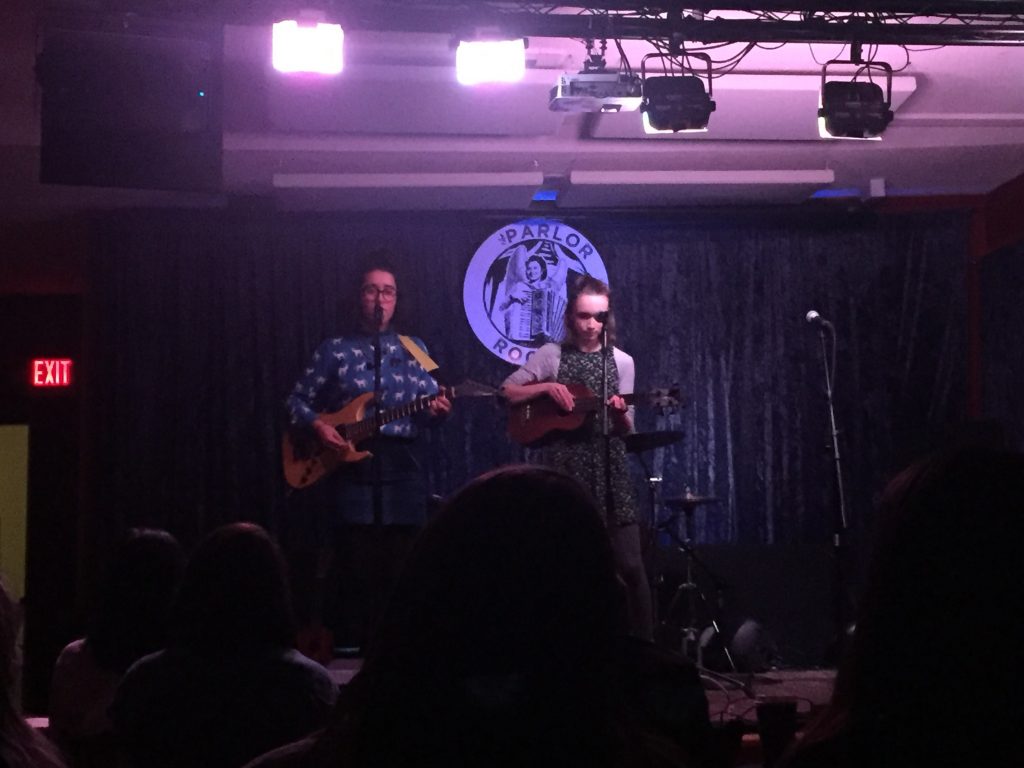 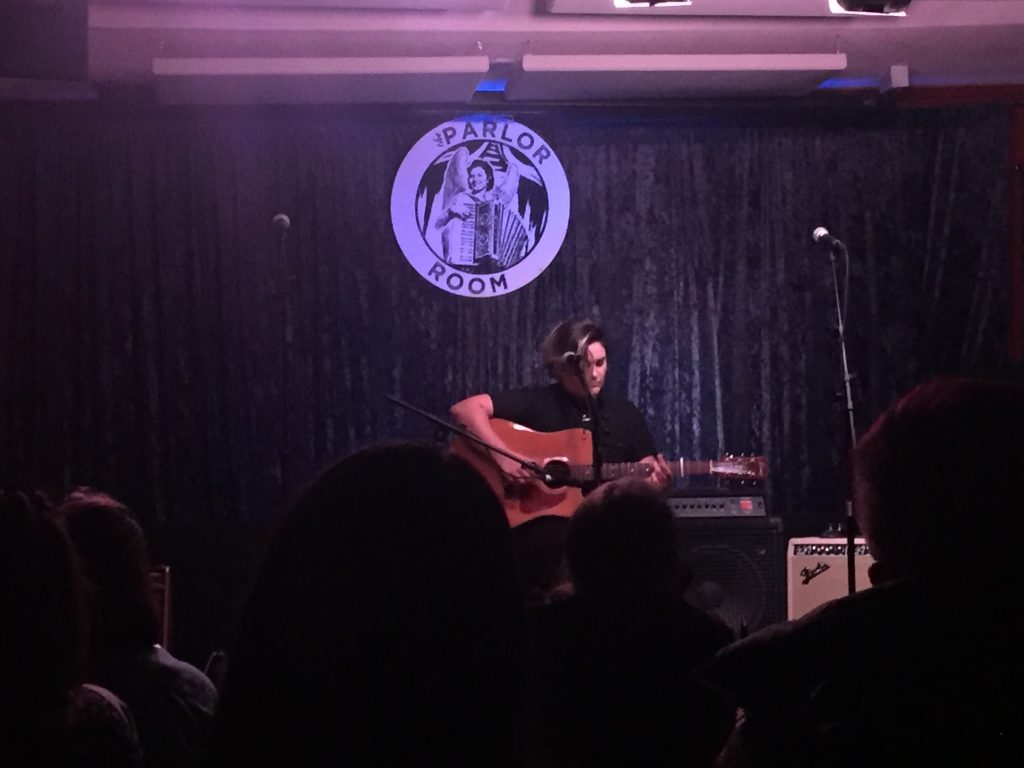 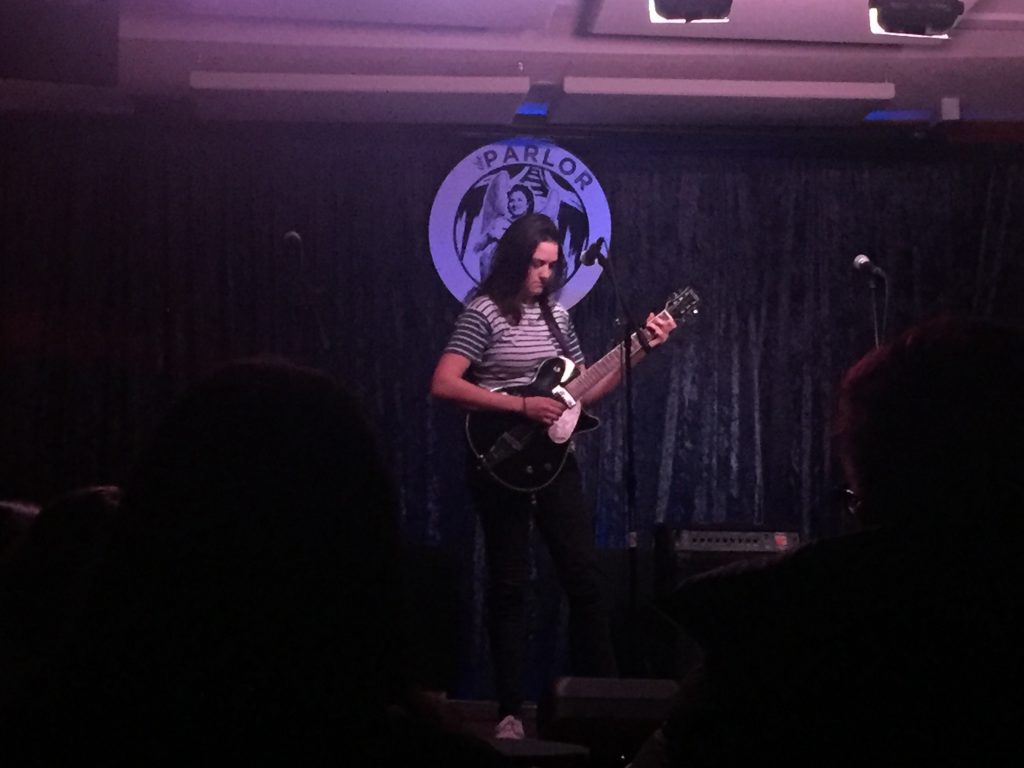 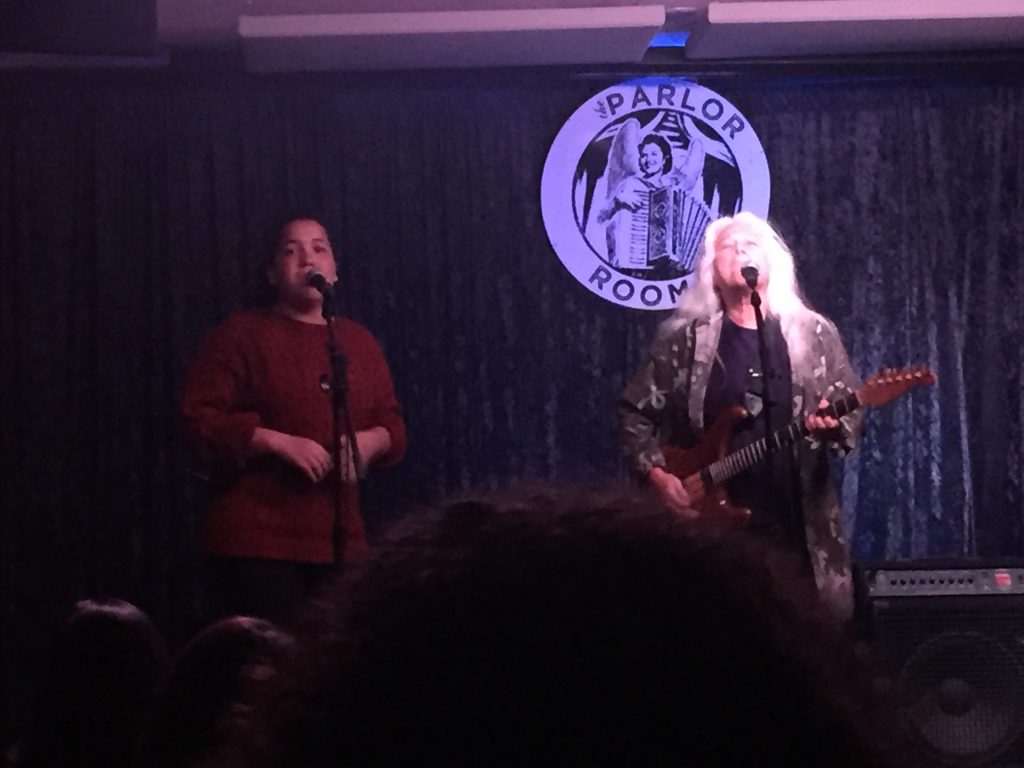 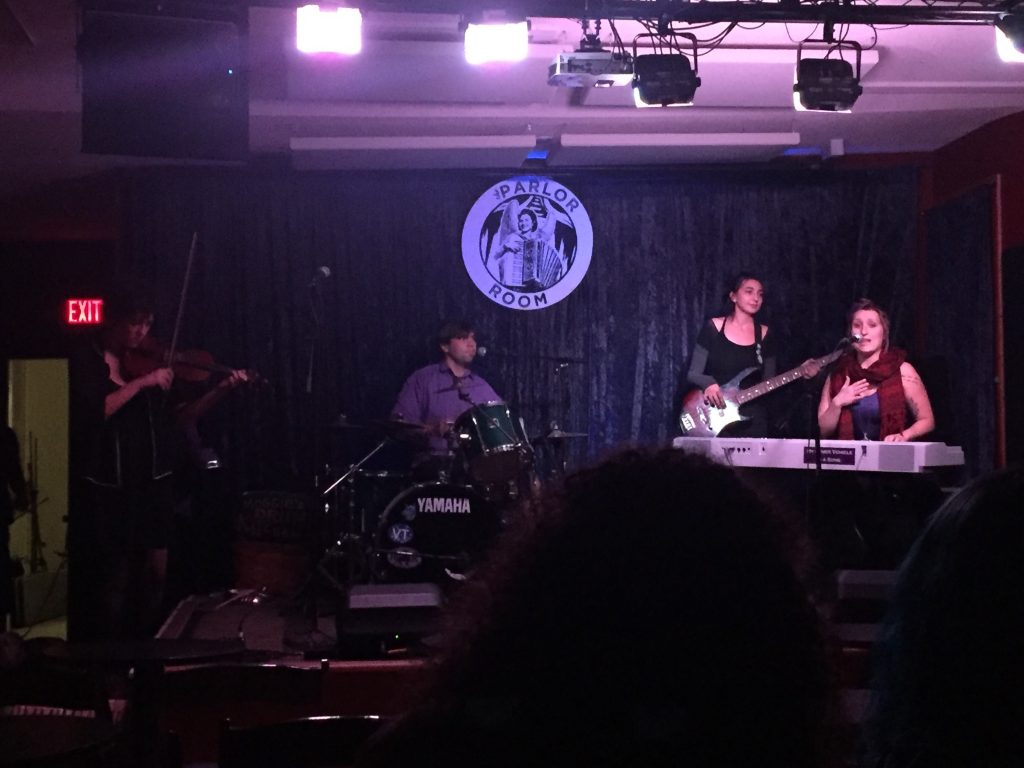 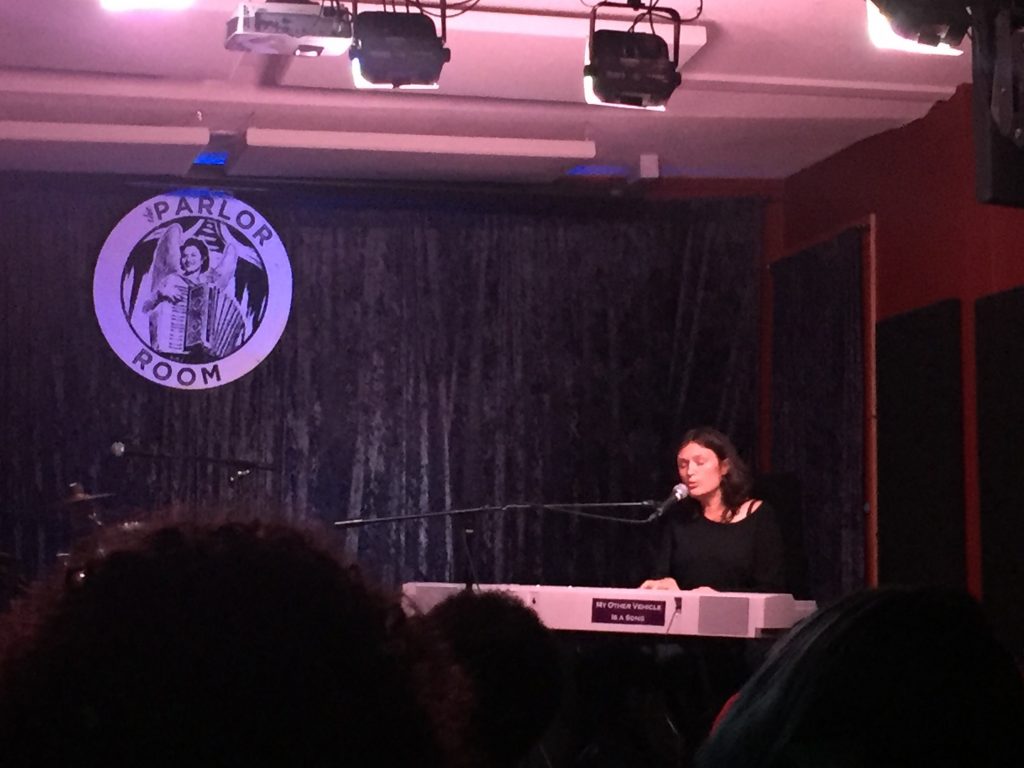 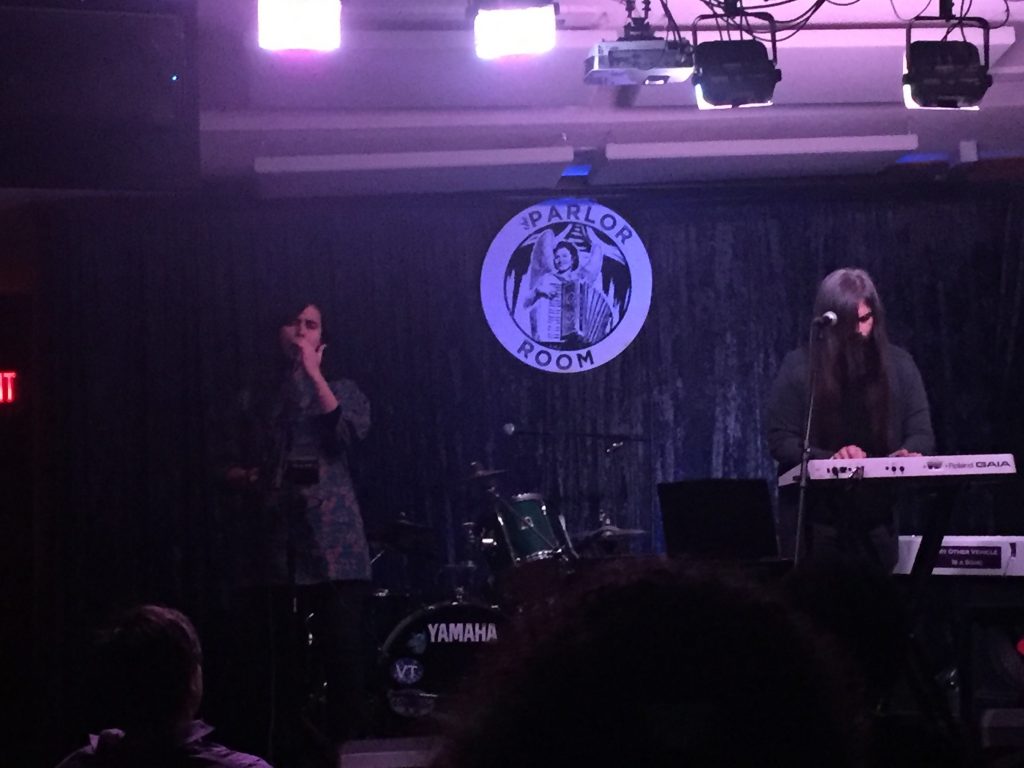 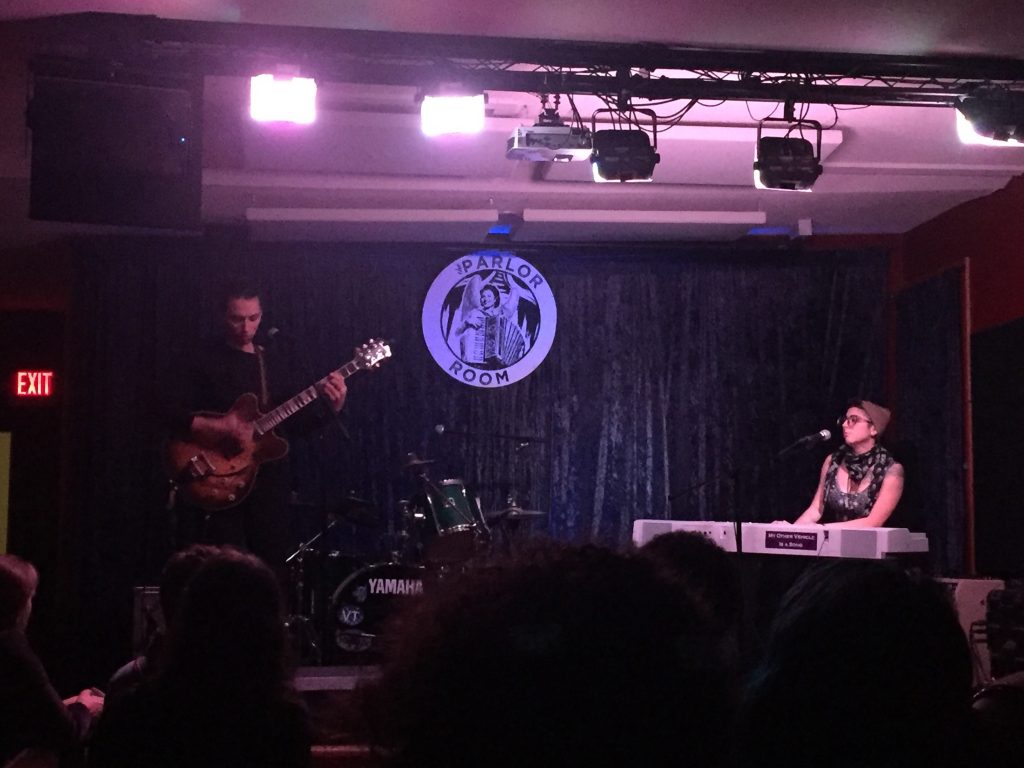 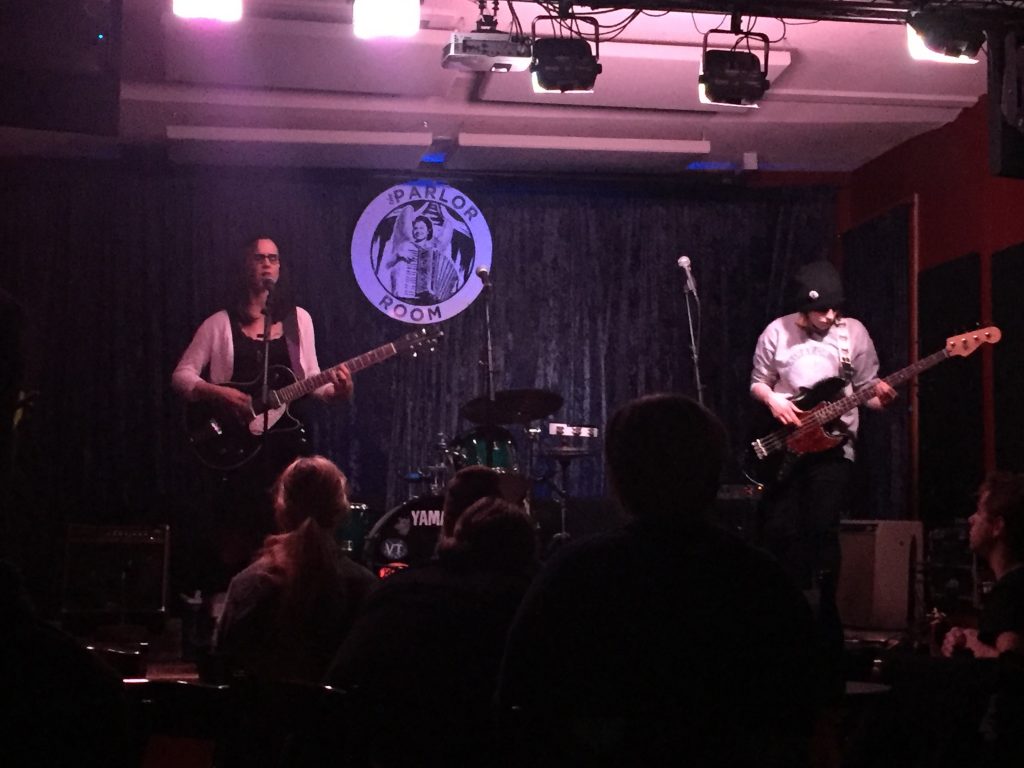 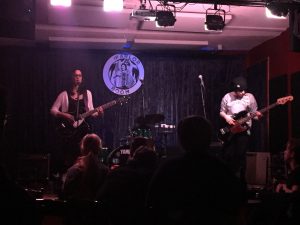 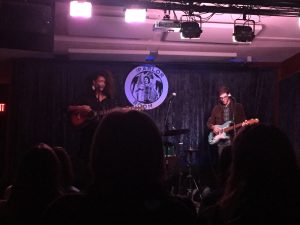 A couple weeks ago I wrote my column based on the fiasco that is Wikipedia Vs. Women, where locally and nationally non-male musicians are getting edited out of the popular DIY online encyclopedia due to male editors not accepting articles from certain publications (with some being discounted just for having the word “feminist” in the title). Part one of a local event series on the topic was a roundtable discussion put on by Tanya Pearson. The second part — and the topic of this column — was a live show featuring women/trans/non-binary/queer musicians. Curated by Emma Ayers, a local musician who also performed, the event was called “A Night of Primary Source Performance.” The whole purpose behind it was to invite media peeps (like me!) to cover the event and write up “primary source documents” (basically legit articles required by Wikipedia to update or create pages) for participants. So this column is going to name every one of them.

The list of musicians performing on this night was incredible. I anxiously awaited this show for weeks, so when the night came, I was pumped. The Parlor Room, run by Signature Sounds, is an intimate performance space with folded wooden chairs that were mostly all occupied when I arrived about 10 minutes after the event started. I found an empty seat in the middle and got comfy and enjoyed the first set by Julie Cira & The Wake, an electric duo.

With a four-hour span, and almost 20 acts performing, each act showcased two songs each. Some musicians shared instruments and a handful of the artists on this night were called in last minute to cover musicians that couldn’t make it. 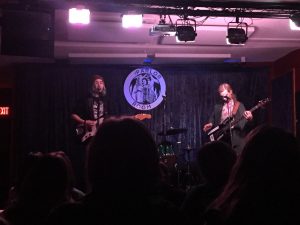 Northampton’s three-piece The Paper City Picture Show continued the easy flow of performances with stand-up bass vibrating our seats. Walmart Romeo (for real, that name is just awesome) brought their folk punk and catchy lyrics. Jazz infused singer/songwriter Kimaya Diggs graced us with a couple new songs off her upcoming solo record. Then two-thirds of the visibly young Kalliope Jones came on and I think we all realized that talent has no age restrictions. 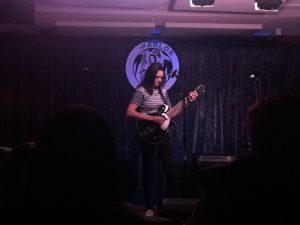 Ayers introduced each performance. With them being so short, you saw her sitting and cheering on the artists, then hopping out of her chair to run over to the stage every 10 minutes or so without hesitation. She made it a point to bring up the issues faced with gender discrepancy in the music scene and the grief caused by Wikipedia. Any members of the audience who had no clue what this event was about definitely got insight with her mini speeches throughout the evening.

Sophia Carreras performed a solo acoustic set for the first time in a long time, and shared a couple songs that are in the process of becoming part of a soundtrack. Ursula Elmes brought her powerfully loud, country-esque voice that overpowered the electric guitar she strummed. Elmes also brought a couple of laughs including: “What does a mermaid wash her clothes with? Tide.”

Ayers’ indie-rock band Old Flame came on and everything just got louder. You can tell the musical chemistry she has with guitarist Sam Perry. Not only do they sound amazing, the energy radiating off the stage was a breath of fresh air. Last minute fill-in Sedona LeBlanc strummed softly on an electric guitar while pouring heart-felt ballads into the air. 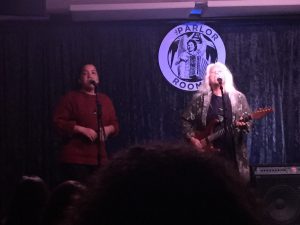 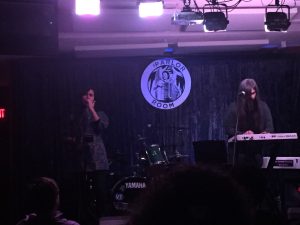 The halfway mark had a little bit of a treat for everyone in attendance. The first female lead guitarist in rock and roll history had her time on the stage. “I’m actually sick, but didn’t want to blow this event off, it’s so important,” June Millington told us. She went on and gave us a little rock and roll “herstory” lesson about her role in the all-female band Fanny back in the 1970s. Millington also has quite the sense of humor and had everyone giggling. Ilana Morris — one of Millington’s students from Institute for the Musical Arts — came up and sang while they performed a couple songs they wrote together about social justice.

Lady Jane softened things up a bit with her solo electric set. Mad Habits came on with Elmes who performed earlier and while they tuned up a guitar and a violin, she continued on her one-liner jokes before morphing into powerful singing mode again. 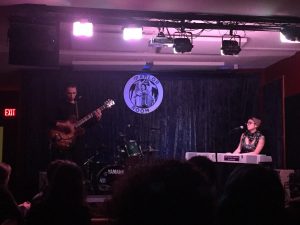 When folk-punk band Flame N’ Peach & the Liberated Waffles came on for their set, it was almost as if they had the theme song for the evening, with their chanted lyrics “We are brave. We are strong. It’s okay it takes a long time to make a change.” and “We must love and support each other.” Then Kerry Ferguson serenaded us on the piano. Electronic duo Fire Letters that moved here about a year ago from Puerto Rico changed the pace a bit and I’m happy they moved to the Valley.

With the clock ticking close to the closing time of 10 p.m., punk-jazzers Sodada were second to last. The keyboardist/guitarist duo were just wonderful. Then to close out the evening was Lexi Weege and the Wondertwins. They knocked out their two songs radiantly and energetically to the very last second.

To say this was a successful musical showcase would be an understatement. It was a movement and I’m proud to have been a witness.