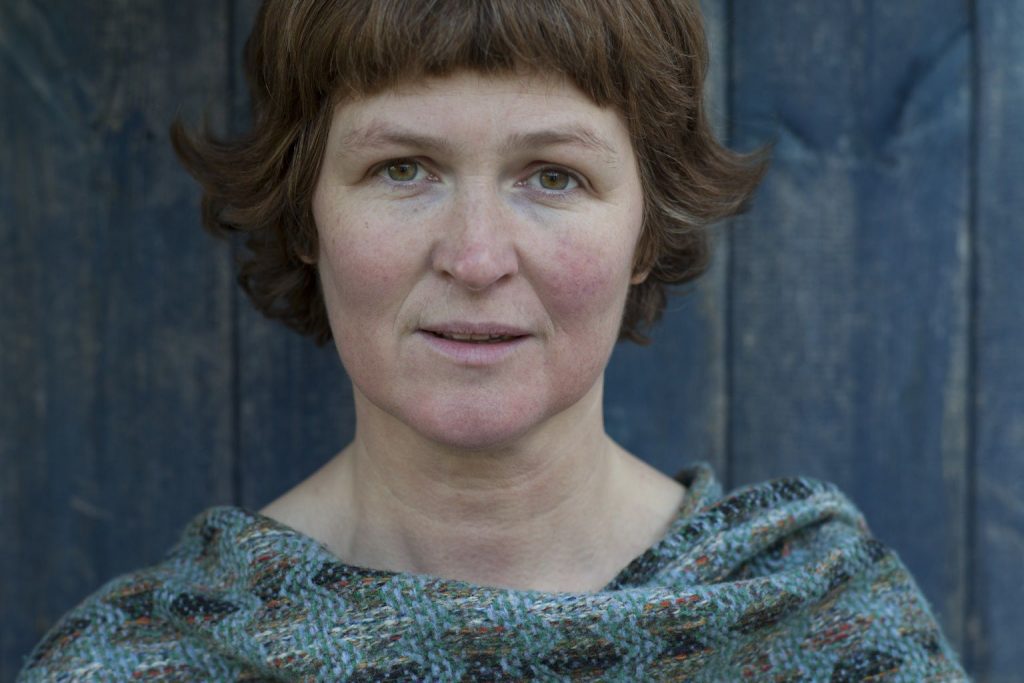 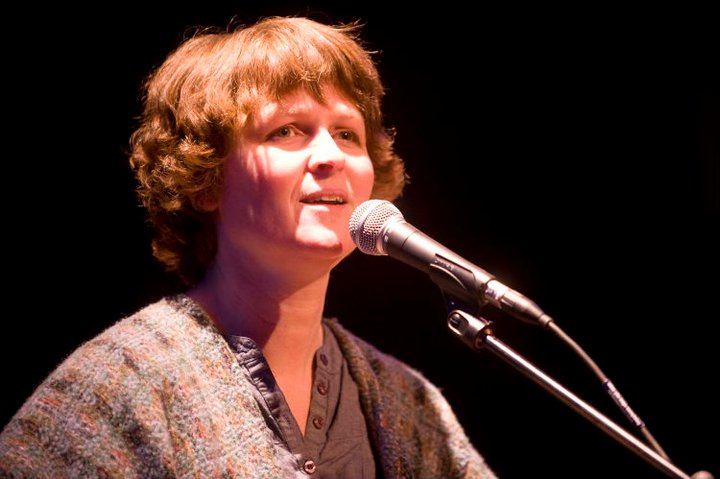 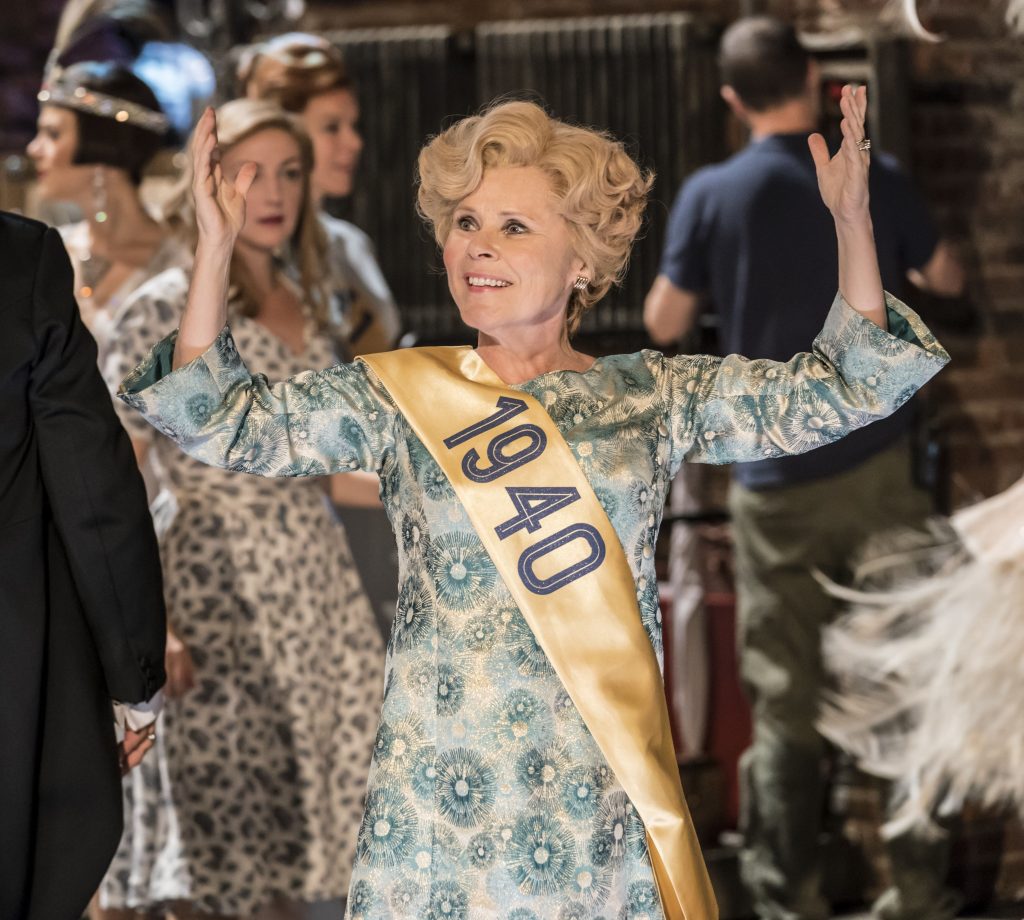 Serious Play! Theatre Ensemble, rooted in the Valley for over two decades, is spreading its limbs. Long the area’s prime site for physical-theater training and performance that explores the reaches of expression through voice and movement, the company has lately embraced theater genres that tell their stories primarily through music.

Several Serious Play! productions have traveled to Scotland’s fabled Edinburgh Fringe Festival over the years. Most recently, John Sheldon’s solo tour-de-force, The Red Guitar, in which he wraps a generation’s life story around his own, has wowed the Fringe. On these visits, the troupe’s artistic director, Sheryl Stoodley, has been sampling other Fringe acts whose aesthetics chime with her company’s. Now, she’s begun bringing some of them back to share with us. 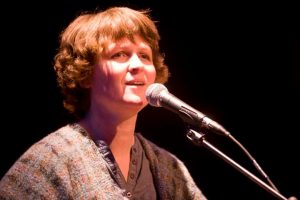 This weekend we’ll see the first fruits of this transatlantic initiative, the Performance Exchange Project: Perspectives Through Performance. The inaugural show is Pulse, a one-woman piece by Mairi Campbell, a key figure in contemporary Scottish folk music. Co-devised and directed by Kath Burlinson, it’s a first-person narrative with a difference — a musician’s odyssey told not just with her voice and fiddle (both of them gorgeous instruments) but with her whole body, from expressive hands to step-dancing feet.

We first find her in music lessons, as her viola teacher scolds her for tapping her foot while playing. That reprimand sends her on a journey to find the “pulse” she feels is throbbing somewhere deep inside her — the rhythms of her native land that thrum under her classical training.

At a song-swapping ceilidh in a country pub, she’s taught her first traditional fiddle tune — by the man who later becomes her husband and musical partner — and is captivated by the mesmerizing cadences of step dancing. Thus begins a quest (“frustrating and hard”) to unearth the pulse of her own country’s music. “Teach me to remember,” she says, and to connect the “silver thread between my fingers and my feet.”

Draped in a simple shift on an almost-bare stage, Campbell is witty and personable, tracing her voyage of discovery with no more props than her viola’s bow. She employs it as a telephone, a cane, a sword, and an arcing arrow symbolizing her forward movement. She’s a consummate fiddler and a spellbinding singer with a supple alto that both captures and transcends her traditional roots, at one point gliding into what might be called Celtic scat-singing. Occasional recorded music and voices create interweaving duets with her live performance.

“I was drawn to Mairi’s performance from the moment she stepped onto the stage at the Fringe,” Stoodley says. “She owned every moment of her movement, her story, her music, with a vitality, commitment and grace all her own.”

When they met after the show, Stoodley explains, “I was inspired by her enthusiasm for the exploration of her own creative expression. She is an authentic artist, the kind of performer I seek out as a collaborator with Serious Play.”

The hour-long performance is followed by an informal conversation between Mairi Campbell and John Sheldon, “exploring the intersection of the musician and ensemble theatre-making.” 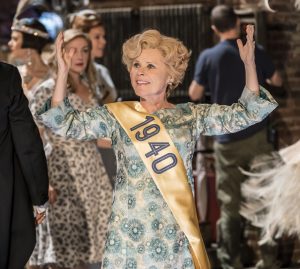 Perhaps surprisingly, the Brits do American musicals really well. The National Theatre, in particular, has a long history of reinvigorating Broadway classics, most recently Gypsy. The theater’s extensive relationship with Stephen Sondheim’s works continues with its current hit production of Follies. It comes to the Amherst Cinema screen next week in the National Theatre Live series of HD broadcasts from the London stage.

Sondheim’s 1971 show-biz requiem takes place on the stage of a venerable Broadway house that’s about to be demolished. But before the wrecking ball swings, the elderly veterans of the glittering revues that graced that stage in the 20s and 30s gather to reminisce and re-enact some of their old numbers.

The often staid (or snarky) London critics vied to outdo themselves in praise when this production opened in September. “It isn’t just triumphant, it’s transcendent” … “surpasses even your wildest dreams for this show” … “spectacular, sassy, sorrowful and ultimately deeply sad” … “a genuinely fascinating study of the dangers of nostalgia.”