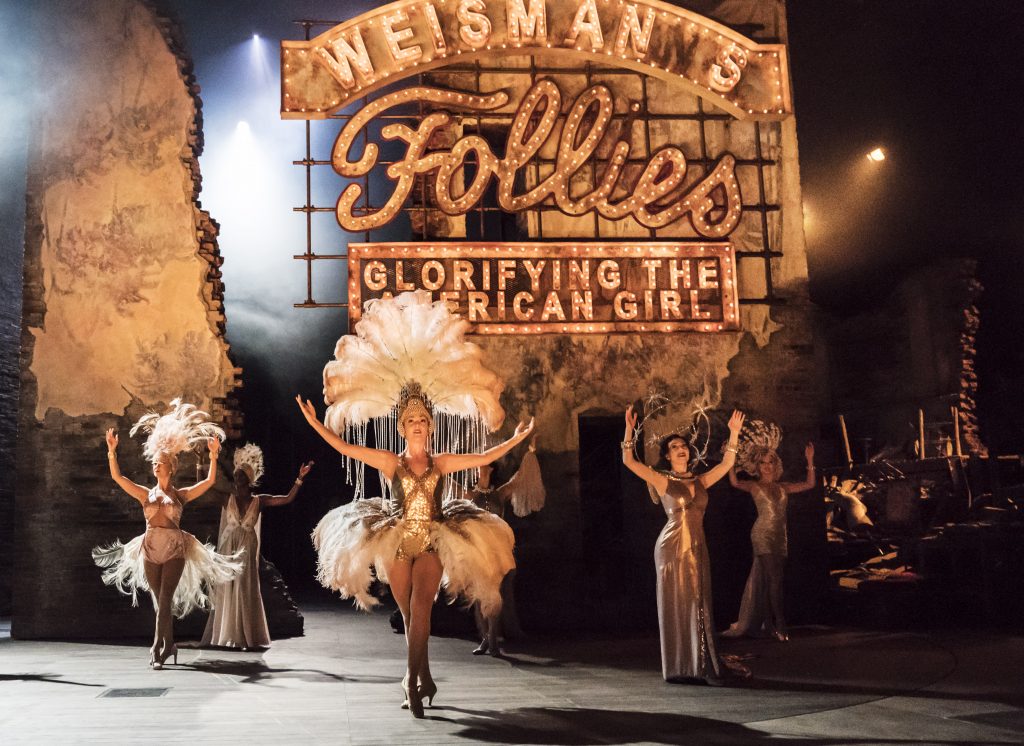 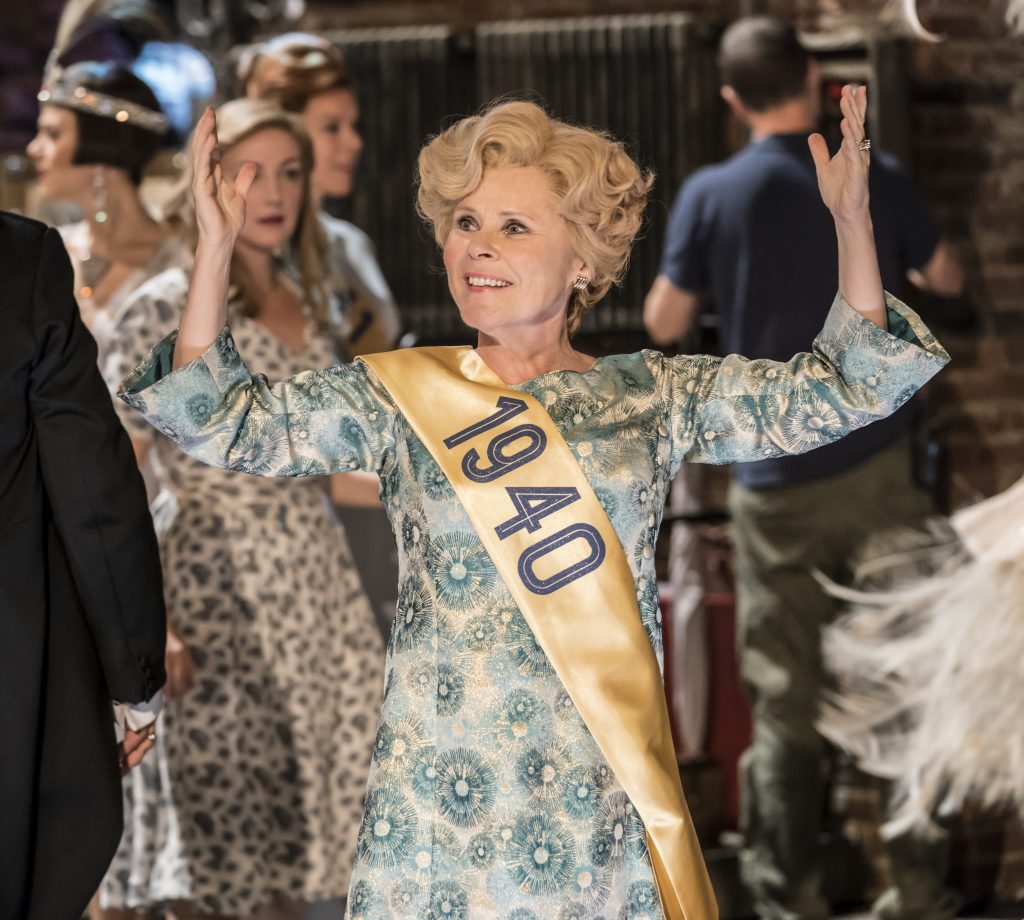 Perhaps surprisingly, the Brits do American musicals really well. The National Theatre, in particular, has a long history of reinvigorating Broadway classics. The theater’s extensive relationship with Stephen Sondheim’s works continues with its current hit production of Follies. It comes to the Amherst Cinema’s screen next week in the National Theatre Live series of HD broadcasts from the London stage. 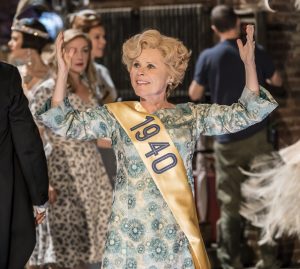 Sondheim’s 1971 show-biz requiem takes place on the stage of a venerable Broadway house that’s about to be demolished. But before the wrecking ball swings, the elderly veterans of the glittering revues that graced that stage in the 20s and 30s gather to reminisce and re-enact some of their old numbers. The large cast of aging veterans and up-and-comers includes Imelda Staunton, who also starred in the National’s revival of Gypsy, for which a very young Sondheim wrote the lyrics.

The often staid (or snarky) London critics vied to outdo themselves in praise when this production opened in September. “It isn’t just triumphant, it’s transcendent” … “surpasses even your wildest dreams for this show” … “spectacular, sassy, sorrowful and ultimately deeply sad” … “a genuinely fascinating study of the dangers of nostalgia.”