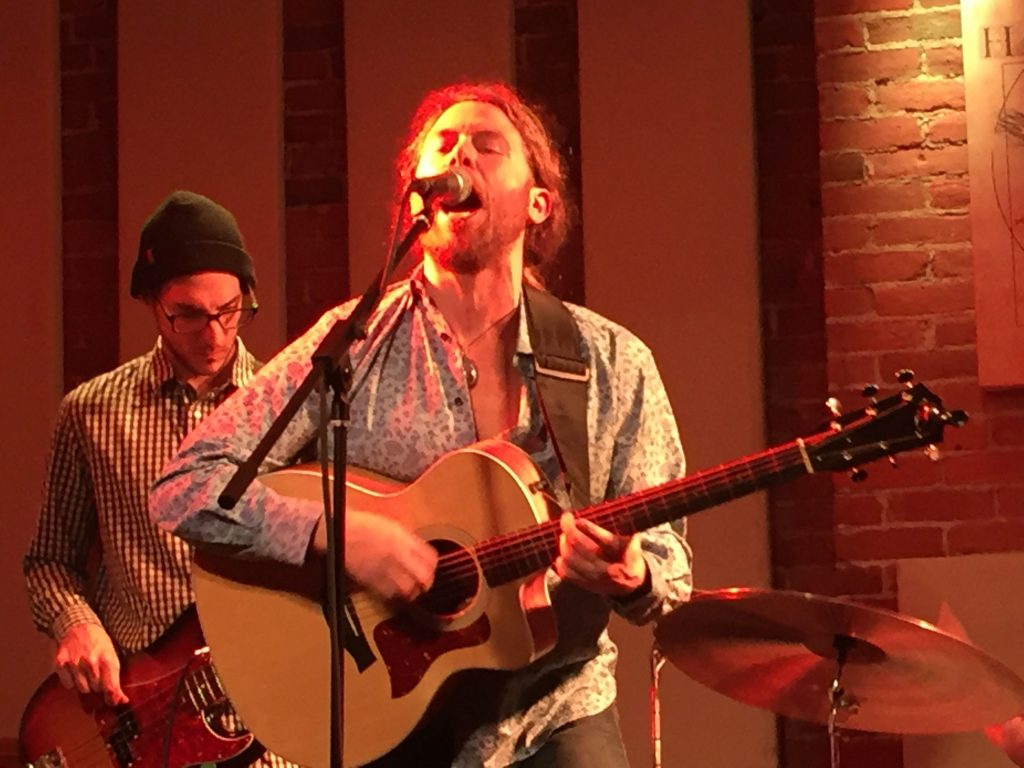 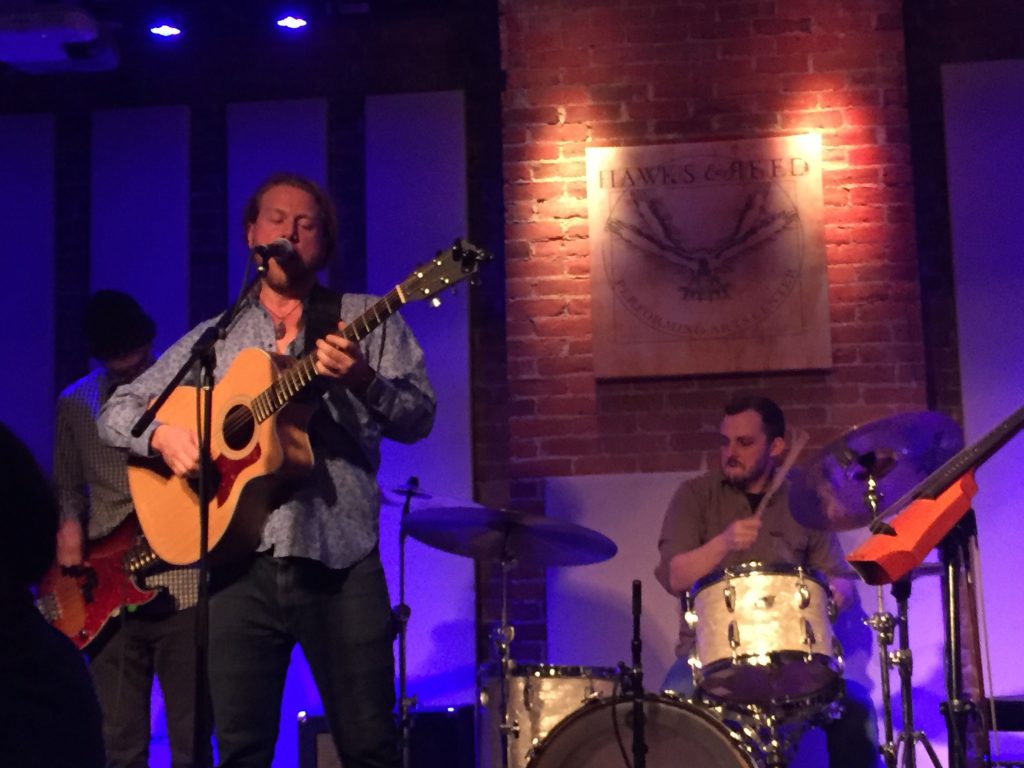 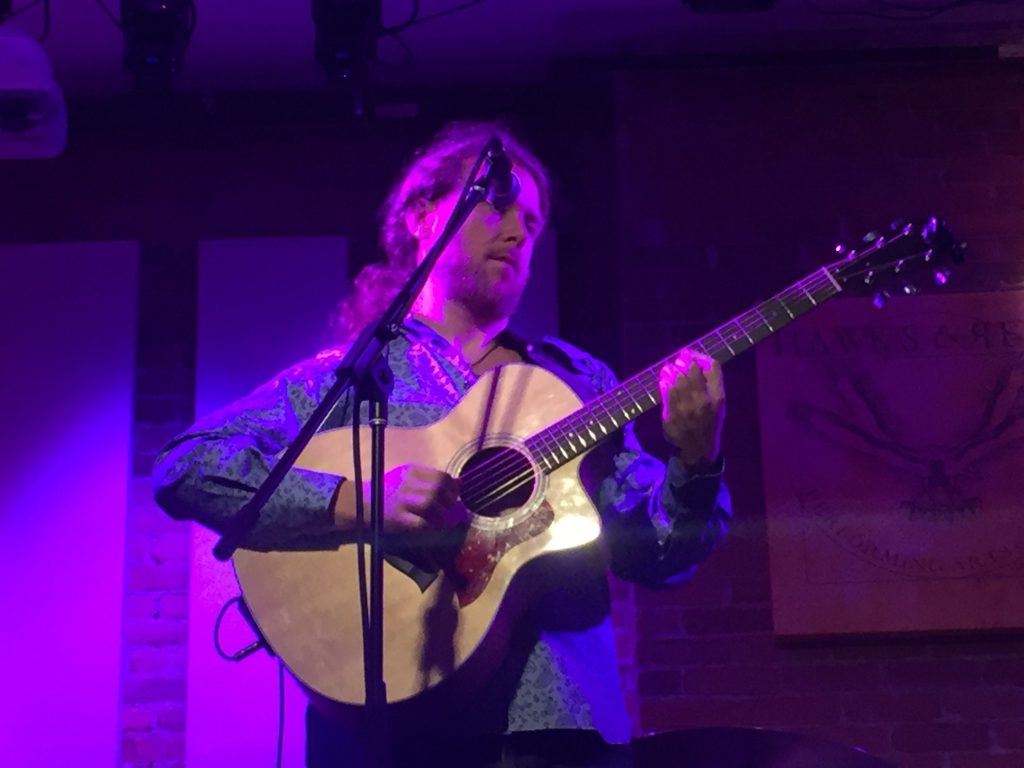 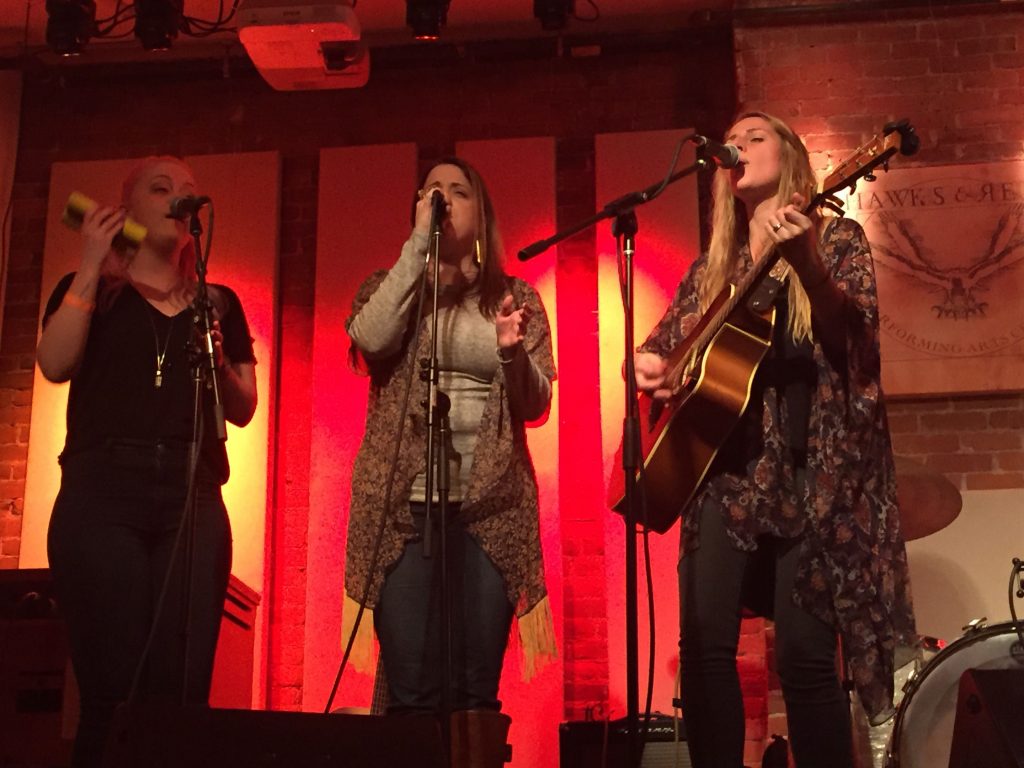 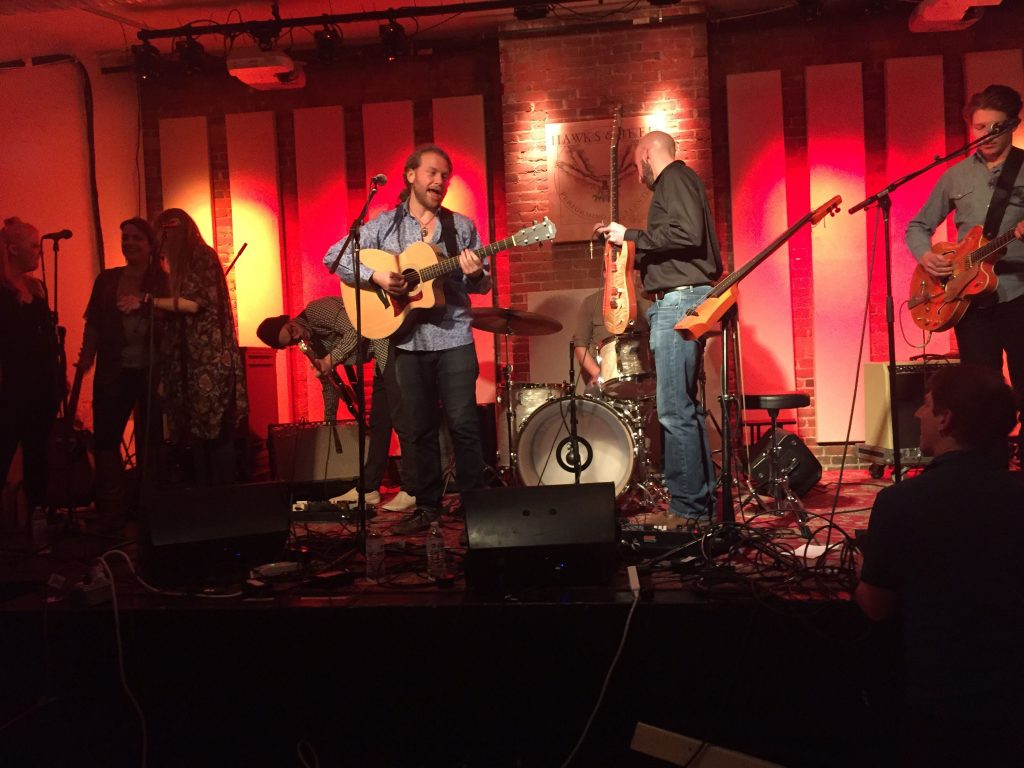 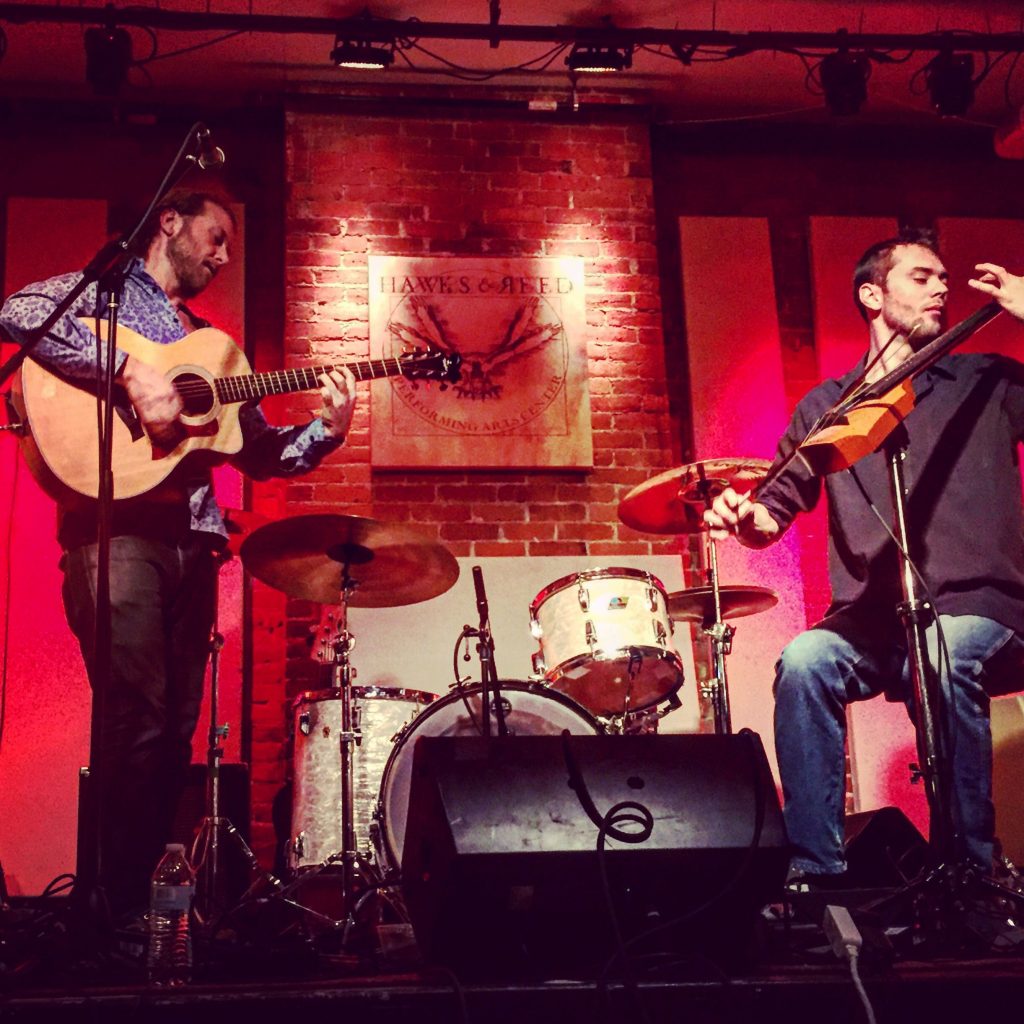 About a month ago, Valley musician Nate Martel came into the Advocate office to drop off his debut solo album “Short Stay.” Being a fan of his role in rock group, Outer Stylie, I was pumped to get the CD into my car as soon as I left work. And that I did.

Recorded at Barnhouse Recording in Chicopee and engineered and mixed at Sonelab in Easthampton, all 11 songs are written and performed by Martel. Additional musical contributions from local musicians appeared on the album as well. Monte Arnstam (also of Outer Stylie) takes over the drums while Darby Wolf tends to the piano/organ and Elliot New plays bass throughout the album with Martel and additional guests.

The first track, “God’s Town,” came on and it sent me into a place of old-school country and americana. Mitch Belch on pedal steel adds to the country-esque vibe. When the second song, “Don’t Wanna Pay” came on, I had to listen to it again, then a couple more times after that. Matthew Thornton’s haunting cello kicks off the song and Eric Lee’s violin dances throughout, making a happy companionship between the stringed instruments in a seemingly kind of sad song. “I don’t wanna pay for your greed / I don’t wanna plant infected seed / Grown in the name of prosperity / Well we pack our gullets full so we succeed/ But how many mouths left open still to feed.”

“Remnants” changes the pace a bit and adds some happy groove/funk. It’s the dance track on the album, for sure. Backing vocals by Eavesdrop Trio blend their whimsical harmonies into Martel’s strong vocals, while Ben Falkoff takes over lead guitar with a groovy solo mid-song.

Although listening to this album seems fresh and new, these songs have been around for awhile. “The songs were definitely therapeutic to put together,” Martel said. “It’s an album of songs that says what I’ve been trying to say for a while now.”

The title track, “Short Stay” holds up to its name: it’s short and sweet, with Martel’s poetic lyrics: “We’re only here a short stay / Why not be a little better to each other along the way?” “New Tide Blues” is reminiscent of Outer Stylie, with a fast-paced, head-banging, foot-stomping rock vibe. “The song, ‘Stardust,’ I’ve been playing solo live for nearly eight years, and now hearing it with a full band with the musical ideas all fleshed out and full … it’s really fulfilling and sort of magical,” Martel said.

“Moon on the Train” has a blues vibe bringing back the pedal steel and Martel’s dad, Jim, on harmonica. “Butterflies” is a beautiful instrumental that I wouldn’t mind playing in the background of my daily thoughts. “H. Pretty” seems to be a metaphorical song, I could be wrong — I didn’t want to ask. Sometimes music speaks different languages to different people for different reasons.

When R&B’ish “Looks Like Rain” comes on, I hope you say to yourself, “Eat your heart out, Bruno Mars,” cause that’s exactly what I had said. The rock-vibe is back with the last track, “Forgotten Mother” and you’re surely wishing there were at least a couple more tracks to indulge in.

Warming up from the frigid December night, I sit cross legged in front of the stage at Hawks & Reed Performing Arts Center in Greenfield, sipping a Steel Rail. Reminiscent to the recent Advocate Sessions Martel recorded with cellist Thornton, the duo acoustically starts the night with a few songs. For the first break in the evening, Eavesdrop make their way to the stage, and perform a few songs off their newly released album Tides.

For the third set, Martel makes it back on stage alongside Eavesdrop and his full band and jumps right into the first track on the album, “God’s Town.” Track, by track from Short Stay is played live in its entirety. All the collaborated musicians on the album come to the stage and play their part.

As each song is performed live in front of me, I sing along to each lyric in my head. Not aloud, ‘cause I’m trying to video-document as much as I can for you. That’s gotta say something about this album. I don’t know many albums in their entirety by heart. So this “Short Stay,” has made a long stay.