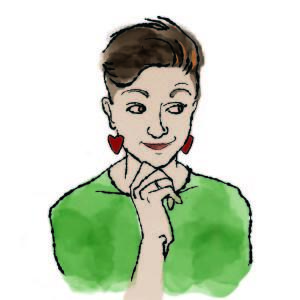 So, I was recently dumped. Woo!

During “the conversation,” my now-ex told me a lot of confusing reasons as to why he thought we should break up, but the one that I can’t stop thinking about: “You’re too nice.” He said that he didn’t know how to be in a relationship with someone who wasn’t mean to him, or how to navigate a relationship with someone who wanted to provide and care for him and take his feelings seriously.

This is the second time this has happened to me. I had an emotionally abusive ex partner who told me the same thing — he said he was craving emotional abuse and neglect because it was what he’d become accustomed to.

My question is — where do I go from here? Since this has happened to me twice with my two most significant exes, I’m declaring it a trend. I refuse to become a mean person or neglectful partner, but how do I respond to future partners who may have histories of emotional abuse and present my niceness as an issue?

So your partners are dumping you because you’re not emotionally neglecting them enough? I’m nearly stumped about this one, especially without knowing more information about the histories of these relationships, but I’ll throw out some theories and you can decide if any of them stick.

I call bullshit. When a relationship has run its course for at least one member of said relationship, sometimes “the conversation” as you call it is not as honest as it might’ve been if it had been a conversation that was committed to hashing it out rather than ending it.

Sometimes when a partner decides it’s time to call it quits, they may have arrived at a place of acceptance, giving up, or letting go. Therefore, the conversation tends to come out in a way that’s more about peace-keeping than airing the dirty laundry.

Meaning, maybe calling you “just too nice” is the equivalent to the famous side-step of the popular job interview question “So, what are your greatest weaknesses?”: “My greatest weakness is that I just care too much about my job,” “You’re too nice” is like saying “You’re too pretty for me to date.” Not a real reason. Just some placating B.S. used to sidestep hard truth.

Maybe you ARE too nice. Are you someone that avoids conflict like the plague and says things like “Whatever you want,” “It’s fine,” and “I’m chill” when in reality you don’t feel those ways at all? Avoiding conflict via nice-ness is easily perceived as phony-ness, disingenuous, or a concrete wall of defensiveness that not even your partners can reach you through. If this resonates, you could work on how you handle conflict, but don’t forget: it takes two to tango.

These dudes need to do some serious emotional work about their own shit. Perhaps your niceness is indeed perceived as phony to them which triggers something for them — perhaps connected to past neglectful behaviors in their own lives that have nothing to do with you. Rather than doing the hard work of looking at themselves, they’d rather just turn it on you and then run like hell. I mean, if this is their extreme tendency, maybe you should follow suit?

We could keep wondering why, as is a natural instinct when we notice problematic patterns. Or we could move on. As you said, this phrase is lingering for you. But what bothers you about being “too nice”? That it blocks you from dating men with a history of emotional abuse who then perpetuate that emotionally abusive behavior onto you? I’d call that a positive adaptive strategy rather than a negative one.

At the end of the day, McNiceness, all we can do in relationships is tend to our own side of the street, our own issues, and support our partners in doing the same for themselves as long as the mutual dynamic remains healthy. Set your boundaries, McNiceness, and don’t forget to be nice to yourself while you’re at it.