Monte Belmonte Wines: Champagne to Toast the End of the World 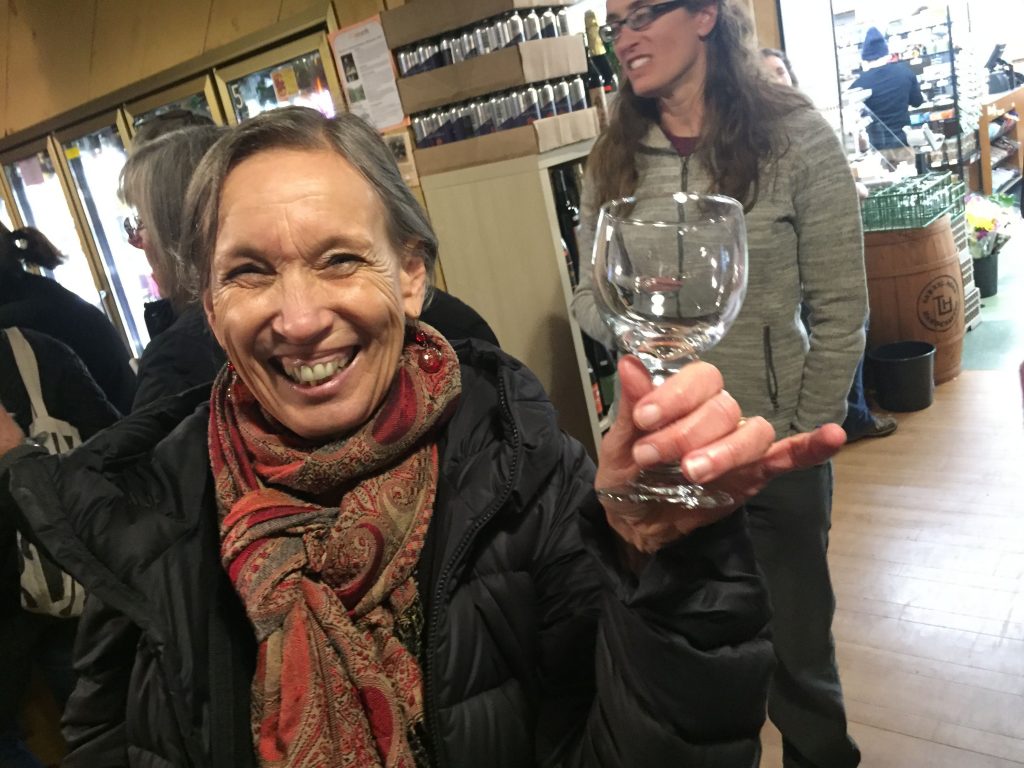 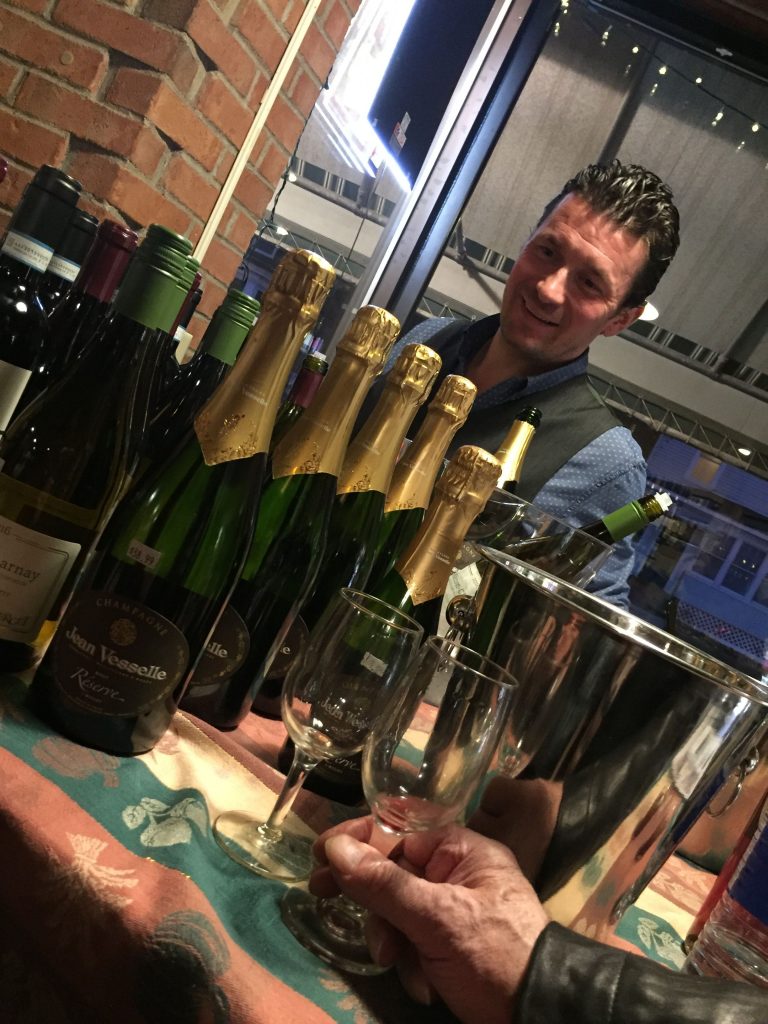 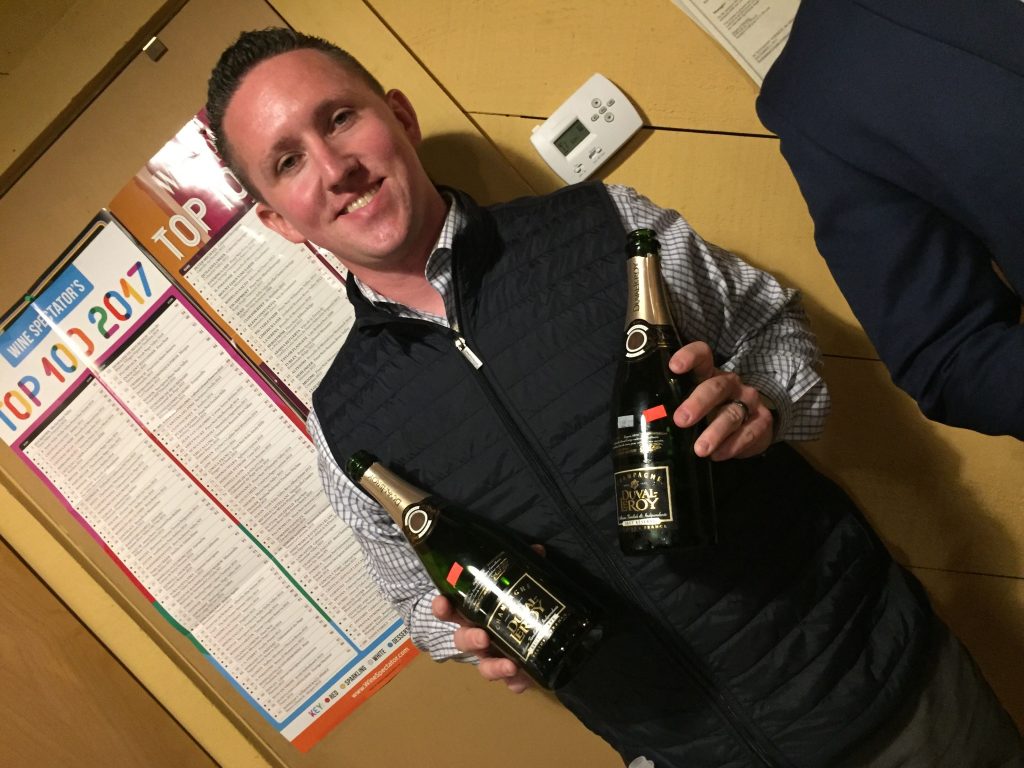 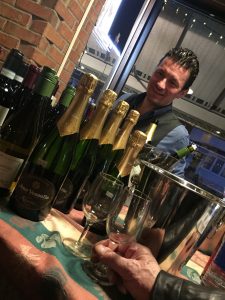 e Bulletin of Atomic Scientists’ Doomsday Clock is set at two and a half minutes until midnight. This is the closest to nuclear annihilation we have been since the clock was created in 1947. Time to prepare for the countdown to end all countdowns. And when our Doddard-In-Chief finally provokes Rocket Man to push the button on the New Year’s Eve of our destruction, I know what I will be doing — drinking Champagne.

I’m not sure what it is about Champagne that I love so much. It’s certainly the bubbles. Those tiny effervescent spheres of exploding joy. It’s the breadiness of the yeast used to make those bubbles, creating the smell and taste of creme brulee in a glass. And I think it’s the dangerousness of it. The cork is under-pressure and so dangerous you need to expertly remove a CAGE before you can remove the cork. So dangerous, the wine industry regularly issues Red-Rider-BB-Gun-style warnings this time of year reminding you that “you’ll shoot your eye out” and not to point the bottle at anyone. A little opening tip: remove the cage, hold the cork and turn the bottle. Then there’s the method of cutting off the cork and the top of the glass bottle with a saber. See? Champagne is DANGEROUS. These dangerous times call for dangerous beverages.

I don’t mean to insult your intelligence, but I hear people get it wrong all the time. Champagne, France, is a place where they make excellent sparkling wine. Sparkling wine from anywhere else in the world is NOT Champagne. It may be made in the Champagne Method or Méthode Champenoise, and it may be very, very good or even better than some Champagnes. But it is not Champagne unless it is from Champagne. You are probably not going to find a decent 750ml bottle of Champagne for under $30. If I hear the nuclear sirens blaring signaling the end of the world as we know it, I will be cashing out all of my bank accounts and bringing home cases of Champagne. But since this New Year’s Eve will (hopefully) not be the last one on Planet Earth, I’ll let my better angels of thrift dictate the purchase of an occasional bottle of Champagne. And I will continue to purchase, almost weekly, quality sparkling wine. Every day we’re alive is a cause for celebration, right? If you will be pouring bubbly this New Year’s Eve, I’ve got a few suggestions for you.

Duval-Leroy Champagne is a family run property. And this being the year of the woman, it’s important to note that it’s the only female-owned Champagne house consistently listed as one of the Top 15 houses in France. Carol Duval-Leroy made a deathbed promise to her father to take care of the property until she would turn it over to her young sons. Way to be a sexist till the end, Dad. Turns out Carol is a total badass Champagne CEO and has expertly taken her house into the 21st Century, winning numerous awards with her sons riding her pantsuit tails. At the same time she has become an internationally best-selling cookbook author. Her book, as well as one of her wine labels, is Femme de Champagne — Woman of Champagne. Her grapes are almost all organic and almost all Premier Cru — meaning the best of the best. Forty bucks is a serious figure for cheapskates like me to spend on a single bottle, but the breadiness, the strong backbone of acidity with just a touch of sweetness makes this a great choice for the end of the world. I mean the end of the year.

Another great Champagne Champagne is the Jean Vesselle Brut Reserve. You can find it for around $40. It’s a grower Champagne, meaning it’s the farmers who are still in control rather than the corporate man. According to Franck Seguin from Ideal Wine and Spirits, the most handsome Frenchman in our local wine world, “all the grapes are grown on the estate. Untouched by chemicals. With an 80 percent Pinot Noir, 20 percent Chardonnay blend. The estate has been around for generations. Mass-produced Champagne? They don’t even own an acre of land. They just buy the fruit. This is quality wine at a fair price. Rather than spending money on packaging, propaganda and publicity for a mediocre wine that costs $10-$15 more.” And you should hear him say it with his French accent. Mon dieu! This one was a little lighter on the bread and a little brighter with the fruit and acidity but another great choice for a Champagne on the cheap end of the price spectrum. But Champagne is always going to be pricey, so unless you decide to go nuclear on your budget, your best bet might be another type of sparkling wine.

“Well, I like Prosecco. It’s crisp and light” says Jenny Fleming Ives, midwife extraordinaire and better half to one of the best people in all of Northampton, The Rev. Peter Ives. “It’s a little less bubbly than Champagne so it doesn’t have that after-effect for the head. I never get that headachy feeling when I drink it.” I encouraged her to try drinking more of it. Prosecco is actually made in a different way than Champagne. It’s Italian and its bubbles are created in a large tank instead of the bottle. I’m a fan of the Riondo Spago Nero and Spago Argento Prosecco for around $12. “I’ve had Prosecco for all of my daughters’ weddings. And people really seem to enjoy it.” Jenny is British and I’ve heard an old tale of BBC presenters being served sparkling wine WHILE ON THE AIR! What a life. News is a tough business. I might have taken a swig before I hit the the air the morning after the last Presidential election. And if the Doomsday clock clicks closer to midnight, I will certainly be popping a cork live. “I don’t drink it when I’m working,” she says “But there’s been a big issue in the UK with Prosecco because, being part of the European Union, means they get great Prosecco from Italy and it’s inexpensive. Now the British Dental Association is saying that Prosecco will rot British people’s teeth. And yet they served Prosecco at the Dental Association Christmas party!” Eat, drink Prosecco, and be merry, old England, for tomorrow we die.

The last sparkling idea I have for you, here at the edge of the end of days, has a very “winter is coming” name to it: Aria. Aria is anything but stark. It’s like strawberries in a bottle, with good acidity, an amazing mousse and a strong finish. The Aria is a Cava from Segura Viudas. Cava is Catalonia’s answer to Champagne. The word can mean “cellar” — because that’s where they used to store these wines. Segura Viudas Cavas are one of my go-to cheap sparkings. They are made in the Champagne Method, meaning a secondary fermentation creating those bubbles in the bottle itself. The Aria is a rosé and is 100 percent Pinot Noir — one of the noble grapes of Champagne. And at around $13 it’s a great choice for a New Year’s toast. Or if, like Prince said, you “woke up this mornin’, could’ve sworn it was judgment day.” If the party is over, “oops, out of time,” tonight I’m gonna party with Champagne and sparkling wine.