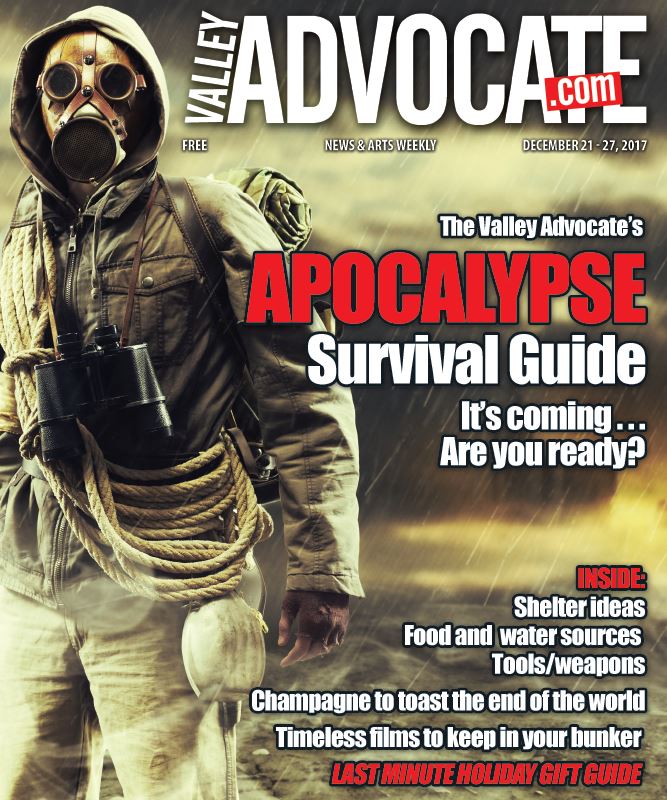 Editor’s Note: Welcome to our letters to the editor page. Here you’ll find reader comments on Advocate articles and other news. We collect readers’ opinions from emails, letters, Facebook comments and comments to valleyadvocate.com. Want to get in on this? Email deisen@valleyadvocate.com and put “BackTalk” or “letter to the editor” in the subject.

I’ve read your recent article about food deserts in Springfield. Springfield isn’t a food desert; we have many grocery stores and ethnic stores as well. We have a transportation problem. There should be ways that we can get people to and from markets inexpensively. 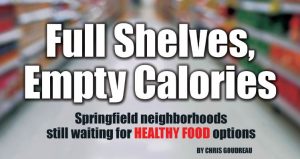 The writer mentioned Medina’s Supermarket in the North End. A few years ago a friend who was having rehab at the Weldon Center asked me to bring her some plain yogurt. Since it was summer, and I knew about Medina’s, I went there to get the yogurt since it was close to the Weldon Center. There was no plain yogurt, only sugary varieties. Surely they can offer healthy food to their customers.

Since it is unlikely that Big Y or Stop and Shop are going to build any more markets in Springfield, how about asking them to provide free transportation to and from their stores. It would increase their business and they would spend a tiny fraction of what it would cost for a new store.

Several years ago I read about a small independent chain of markets down south that provided such transportation 7 days a week. It can be done. Also, UC/Davis did a study in 2003 that determined that free shuttles can close the grocery gap. The estimates assume, conservatively, that 20 percent of households without cars in each study area would use a shuttle once a week to buy $25 in groceries, and that was 14 years ago. (I clicked on the link for the study, and the web page couldn’t be found.) Check out Santoni’s in Baltimore; they have a shuttle.

Another thing that could be advertised, is that Stop & Shop has PeaPod which is a grocery delivery service. Someone would have to have a computer, but it could be helpful. We have to think out of the box because the chance that another new multi-million dollar grocery store will be built is slim.

Another benefit if Big Y or Stop & Shop did this, is that they have stores with pharmacies. Shoppers could also get their prescriptions there. 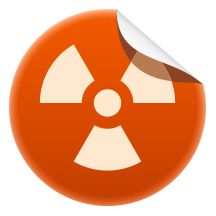 I can’t fix zombies, but I’m writing with GOOD NEWS about nuclear weapons. 2017’s escalating nuclear threats have returned the chronic, outrageous danger to the public’s attention, where it belongs. Reasonable people are scared – and angry. But there have been underreported events in 2017 that require both celebration and action.

1.) The historic Treaty on the Prohibition of Nuclear Weapons was agreed at the United Nations on 7/7/17, by a margin of 122-1, making nuclear weapons ILLEGAL across the globe. The United States and the other eight nuclear-armed countries (who all boycotted the Treaty negotiations) will soon find it difficult to manufacture, finance, and maintain their outlawed arsenals without the cooperation of the rest of the world. This will happen whether they sign the treaty or not.

2.) The International Campaign to Abolish Nuclear Weapons, a coalition of 468 organizations in 101 countries, facilitated the Treaty – and their efforts were recognized with the 2017 Nobel Peace Prize.

3.) Here in the Valley, ICAN activists at NuclearBan.US and TheResistanceCenter.org are helping US citizens, organizations, cities, and states become compliant with the Treaty, putting pressure on manufacturers, complicit financial institutions, and governments to comply with international law.

The nuclear weapons states may continue to feed us a steady diet of fear, hopelessness, and illogical rationales for the continuing existence of these unthinkable (but profitable) weapons of mass destruction. But the world is rising up, and the age of nuclear weapons will come to an end soon, hopefully before it’s too late. 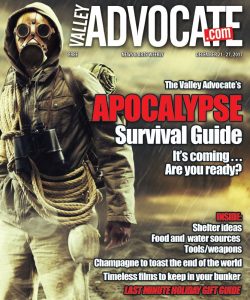 Hey! You guys. Yeah, all of you. What gives with the ghoulish cover this week? Yes, I’m an environmentalist and, yes I know that we could bring the human race to extinction. I even appreciate your survival information.

But, did you have to do it on Christmas, solstice, quanza, Hannakah week? I think it is in the worst taste. I feel smeared.