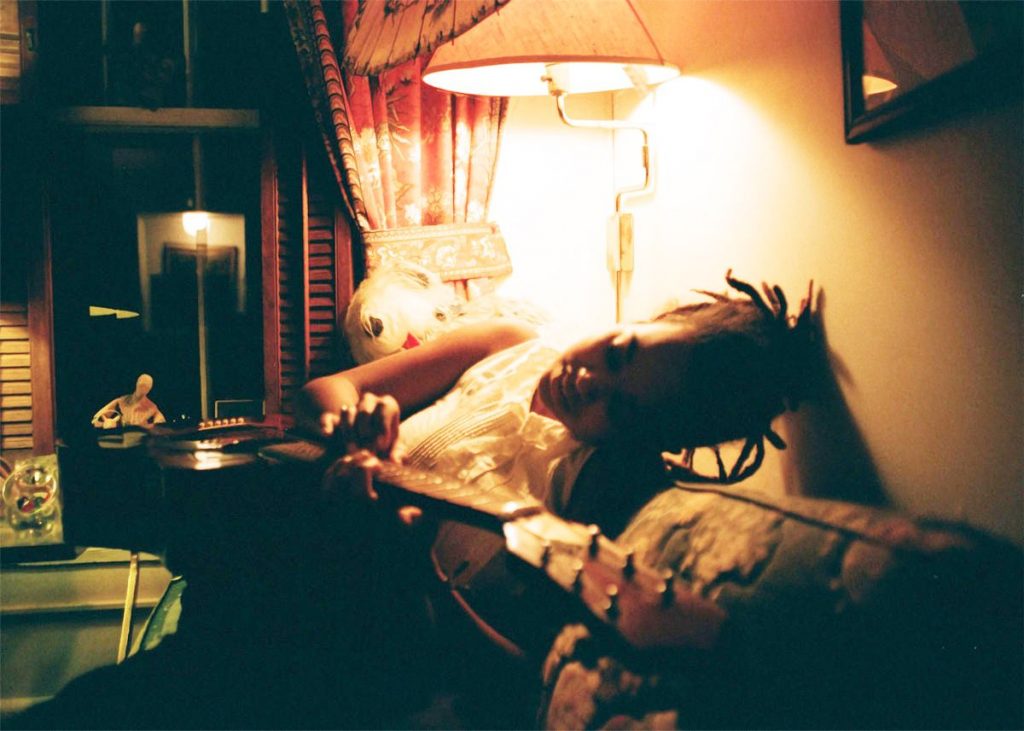 Listening to Northampton-based Izy Coffey’s new EP, Love Sung, feels like a warm sweater — one you were wearing when you were broken and then put back together again, and its thread the commonality between your disparate emotions. It’s calm, tender, and has a graceful and soothing forward momentum.

While the songs may be about heartbreak, Coffey’s voice and pointed, well-crafted lyrics bring the authority and confidence to make them sound effortless. “Love Sung is the documentation of my past loves, heartbreaks, and new doors opening,” says a blurb on their website. “It is in dedication to tender queer black hearts and the loves that change and shape them.”

The music feels timeless, not unlike greats such as Emmylou Harris or Gillian Welch. Building on the foundation of just Coffey’s guitar, there isn’t anything in the way of bells and whistles from the studio, allowing the songs to breathe and speak for themselves. (But if you listen carefully there is violin, percussion, organ, and upright bass sprinkled in.)

The opening track, “Seattle,” tells the story of a love interest leaving for the West Coast and Coffey not quite ready to say goodbye. “I know it’s a foolish thing to miss someone before you even know how the cards are going to play out,” they sing. The chorus pivots, reaching for a maritime metaphor (“my bow’s breaking by the weight of you”) before asking: “Will you stand up tall even though you’re heart’s not ready, we can take all of the wreckage and bring it back to something steady?”

As a poet and playwright, Coffey weaves themes of nature, writing, and the emotional trenches of the human heart together, creating a collage to tell their stories. “The Fire,” the fingerpicked third track, starts inside a desk drawer, for example: “The fire burns like the letters in the desk they wrote for nothing.” The letters telling a story of a love that, after settling, might as well have been set aflame by said fire.

Coffey covers Harris’ “Red Dirt Girl” on the album too. A ballad and partial autobiography, it tells the story of Harris and her best friend Lillian whose brother went to war in Vietnam and never came back. Lillian is rocked by a series of hard knocks, never quite finding her feet. The tragic chorus goes “There’s not much hope for a red dirt girl, somewhere out there is a great big world, and that’s where I’m bound.” Coffey pulls it off, holding the song’s energy — letting it pass through as if it were their own.

The EP’s final track, “Bottom of the Barrel,” has the emotional quality of changing seasons, breaking ties, and “moving on.” Kind of like when it’s getting cold and you need to reach for that warm sweater.

Will Meyer writes the Advocate’s bimonthly Basemental column, you can reach him at wsm10@hampshire.edu, or  @willinabucket.