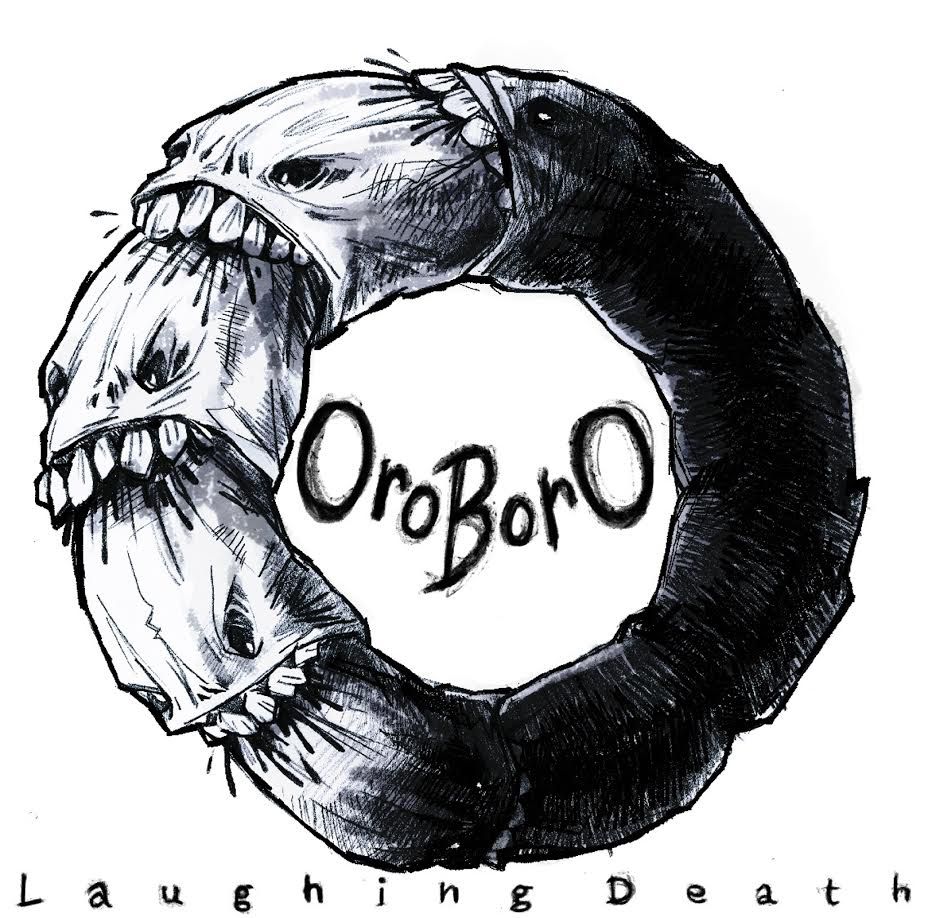 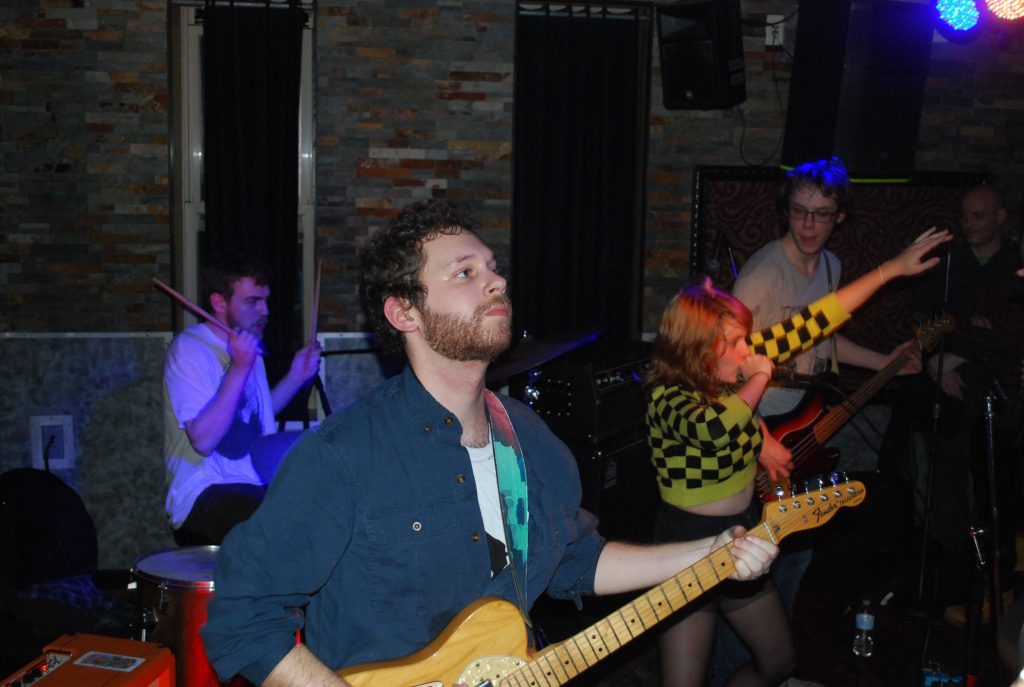 Laughing Death opens with “Demogorgon” — a jagged math punk song that grooves along with elastic paranoia, before fracturing into doom-laden screaming vocals that’ll have you chanting demonic hymns with the best of them. There’s poignancy and an acidic absurdity to the lyrics — a shot of nihilistic humor that prevents the piece from sinking into the depths of dour melodrama.

“Shed your skin/ On the screen/ While I make/ Better means/,” Carter sings with an almost B52-ish cheeriness that’s unequivocally biting in its sarcasm.

“Swamp” is a psychedelic nightmare with experimental banshee-wailing synthesizers mixed with a heavy rhythm section that punctuates through the chaos like a knife. The song shifts to exuberant math rock with catchy and angular guitar lines combined with Carter’s hip hop delivery that’s like if Yes and Wu-Tang Clan decided to write a song together.

The song changes again, this time into a blistering hardcore punk/metal fusion, before ascending to jazzy atmospheric musings, diving headfirst into a fiery death growl before dissolving into shoegaze meditations.

“If I ever meet the dirt at your feet/ Then I will eat it with ketchup/ And scoop with my teeth/ He will bleed out in my mouth/ I don’t mean a waning/ Fading on the right/ Til there’s no man remaining,” Carter sings with politically charged venom.

“Lil Centipede” evokes the feeling of a delirious parade that’s about to break out into a riot. There’s a sing-song quality to the Carter’s lyrical delivery that’s darkly whimsical — imagine Grimms’ Fairy Tales mixed with The Very Hungry Caterpillar.

“Baked Acid” is a rage-fueled tornado of hardcore punk that simmers down into experimental progressive rock before heating up again into synapse-popping gleeful punk mania. The song ends with in an avant-garde noise-driven section that’s like staring into the event horizon of a black hole.

“I Love You” is the shortest song on the record and the most pop accessible of the collection that’s a mixture of beat poetry, Pixies-ish alternative rock, and grinning sarcasm that’s devilish and delightful. Carter puts on a Valley girl persona that slowly morphs into a David Lynch fever dream.

I also had the chance of catching OroborO at the band’s album release show on Jan. 12 at Bishop’s Lounge in Northampton. The group’s live performance was raw and energetic, much like this record, but there was an added theatrical spirit to Carter’s stage persona that’s hard to translate onto a recording. The room was a hot mess of muggy humidity, but nonetheless Bishop’s Lounge was packed, as audience members bobbed and awkwardly danced in the small confines of the venue. Despite this, there was a sense that the room could break into a mosh pit at any second.

Laughing Death is an album that’s raw in its intensity, but calculated in its musicianship. The songs are deep impact craters that leave listeners shocked and awed. With brutal hardcore punk followed by wispy progressive noodling, you never quite know what to expect next, and that’s the beauty of it. This record is not the most accessible album for experimental or hardcore newcomers, but the unique vision that OroborO has created is well worth exploring.

To listen to or purchase Laughing Death visit www.0robor0.bandcamp.com/album/laughing-death.