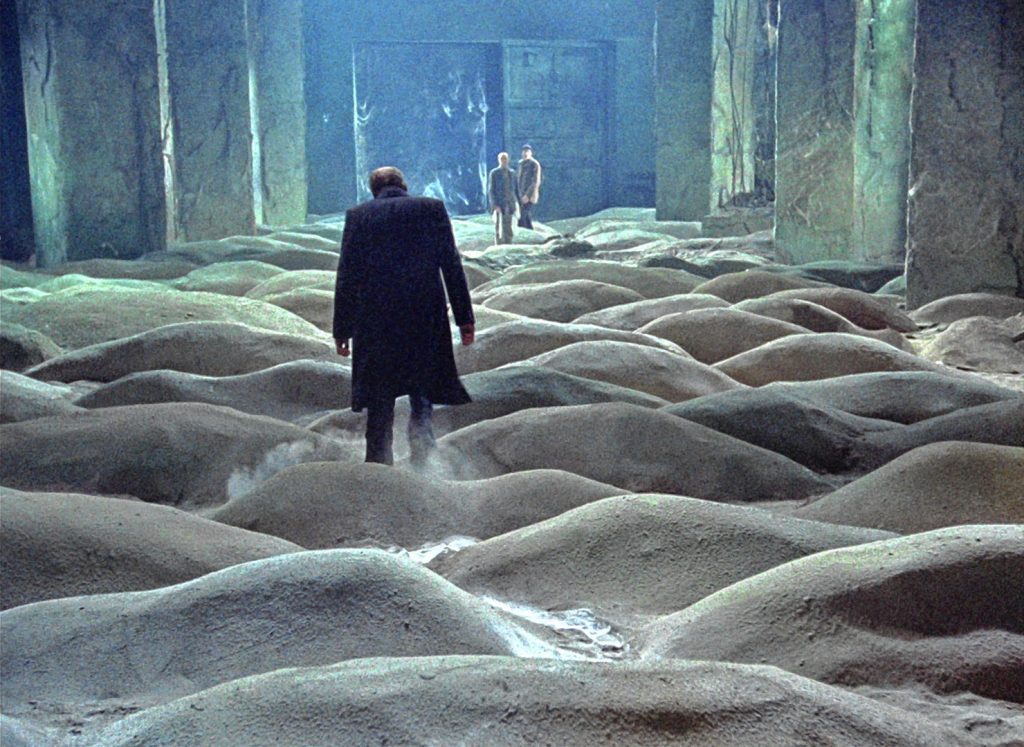 One of the stranger aspects of moviegoing is that it is at once a grand communal act and an intensely private experience. We gather together in dark rooms as if in secret churches, and when the crowd is right it can feel as if we’ve all been through something together — a metamorphosis brought on by a shared art that leaves us different people, and more connected people, than those that earlier went into the theater.

But then — unless you have a regular movie-going group of friends who play Siskel to your Ebert — we all stumble half-blind out into the hallway, the lobby, the parking lot; we drive home mulling over what we’ve seen, and by the time you’re ready to talk about it all with someone, the crowd is long gone. And that’s just for theatrical releases; for older movies, you’re usually on your own from the start.

Not this week. This Monday is the last of the month, which means that Forbes Library in Northampton is hosting its Far Out Film Discussion, a regular meetup that is formatted more like a book club than a traditional screening club. It’s a genius idea for a few reasons: it makes it easy to focus on features that aren’t currently in theaters (or never made it to the area), and it lets the group make great use of the Forbes’ online and physical collections. Attendees can watch the month’s feature at their own pace — the films aren’t screened at the meeting, which is solely for discussing that month’s movie.

This month, that film is Stalker, the 1979 sci-fi art film from director Andrei Tarkovsky (Solaris). Based on the novel Roadside Picnic by Boris and Arkady Strugatsky (they also did the screenplay), the Soviet-era production follows the Stalker — a sort of next-level nature guide — through a seemingly-sentient land known as The Zone as he leads two searchers on a journey to The Room — a place in The Zone where one’s true desires can be made real.

For the unfamiliar, Tarkovsky’s sci-fi is not the sci-fi of Star Wars or Star Trek — the long, often drab journey is definitely more Soviet than space cadet — but it is strange and beautiful in a way that all the best sci-fi is, making us think more about ourselves than any invented oddity. And as filmmaking, it is a marvelous tonic to the blink-and-you’ll-miss-it editing style so prevalent today; Tarkovsky is never afraid of making something less punchy, a trait that pays off when (as with one major visual trick here) he decides to do something more dramatic onscreen.

If you’d like to talk it all over with other film lovers, the Forbes has copies of the film available to check out, but also offers it as a free streaming option for anyone with a Forbes Library card via their connection to the Kanopy streaming service (if you have a Forbes card, you should have a look at the Kanopy collection even if Stalker isn’t your cup of tea; it’s an incredible resource). For more information or to connect with others in the group, visit the Far Out Film Discussion event page on Facebook.

Also this week: The Exhibition on Screen series, which aims to bring art and artists to cinema audiences around the world, highlights artist David Hockney this week in screenings at both the Berkshire Museum in Pittsfield and the Latchis Theater in Brattleboro. Hockney, whose career spans much of the last century’s big shifts in art, is now in his eighties but still going strong. Featuring in-depth interviews with the artist, this installment of the series focuses on two London shows from the last five years.