Cinemadope: One Saturday, Many Films 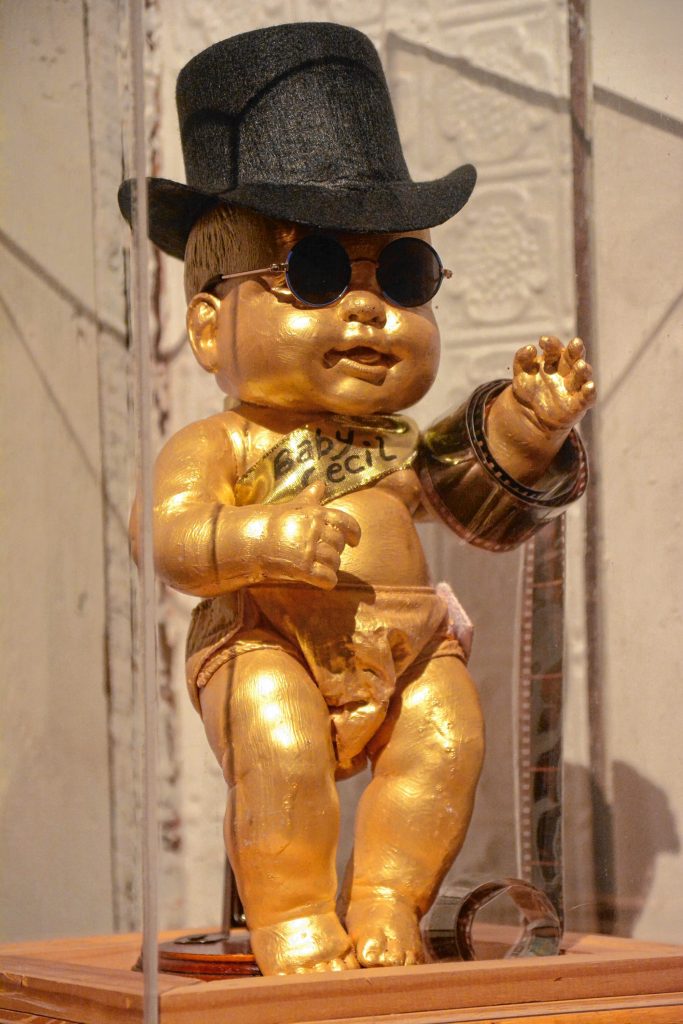 A few years back, I spent most of my weekends running around Western Mass as part of an acoustic jazz band. We played parties, weddings, and a lot of restaurant gigs, but the place I was always happiest to see was the welcoming porch of Elmer’s Store in Ashfield. “Groceries, Meat, Liquors,” reads the sign out front, and that does a nice job of summing up the wide-ranging role that Elmer’s — part breakfast joint, part country store, part roadhouse — plays in the tight-knit community.

But the entertainment at Elmer’s isn’t limited to music, and this week the venue plays host to a smattering of film events that look ahead to this fall’s Ashfield Film Festival. And while most of the films screened at that annual festival are produced by the town’s residents, Ashfield — and Elmer’s — has always welcomed all comers, and this time is no exception.

The action goes down on Saturday, getting underway at 3 o’clock with a two hour film workshop presented by Jon Huberth. An actor, producer, and director who studied at the Yale Drama School and taught at the National Shakespeare Conservatory, Huberth will discuss the process of creating moving pictures that effectively use the medium to craft a compelling story. To make his points, Huberth will screen three short videos, deconstructing each one to show how each was conceived and shot. For budding filmmakers interested in submitting work to this year’s festival, the workshop is a great place to pick up some pointers.

Following a two-hour break — a perfect chance to grab a hearty dinner at Elmer’s, or to pop out for a bite at Country Pie Pizza (next to the spot where Hollywood legend Cecil B. DeMille was born) — the venue will present a special screening of audience favorites from last year’s Fabulous February Fringe Festival. And in keeping with the community spirit that marks so much of what happens in Ashfield, both the workshop and film screenings are completely free. (The Film Festival sponsors are accepting donations to help offset the purchase of a new projector.) To sign up for a spot in the workshop, email Tamara Sloan at tamara.sloan1@gmail.com.

Also this week: South Hadley’s Tower Theaters continues a monthly tradition with a midnight Saturday screening of The Rocky Horror Picture Show, accompanied by a live “shadow cast” courtesy of The Come Again Players, a troupe of actors and film fans that play out the onscreen action for the in-house audience. Starring a young Tim Curry as the sort-of mad doctor Frank N. Furter, Jim Sharman’s 1975 mash-up of musical, comedy, and horror features Susan Sarandon and Barry Bostwick as a fresh-faced couple looking for help after their car breaks down in the rain. What they find at the doctor’s mansion is a little more complicated than AAA, but a hell of a lot more fun. The cult favorite has a long history of midnight shows — I went in high school, about 30 years ago — and for good reason; it’s a movie and a viewing experience unlike any other, and all these years later that hasn’t changed. One note: the show is 17 and over only, so bring your photo ID.

Another classic shows up at Amherst Cinema on Saturday morning, when the theater brings in Rob Reiner’s 1987 favorite The Princess Bride. The story-within-a-story is set up as a fairy tale being read to a sick boy by his grandfather (Fred Savage, Peter Falk); the book follows the adventures of the stable boy Westley as he tries to return to his lost love, the beautiful Buttercup (Robin Wright), after being given up for dead. With the world’s best supporting cast (Wallace Shawn, Christopher Guest, Billy Crystal, etc) and a knowing wink to storytelling tradition, Reiner reinvents the fairy tale so well that he creates a new original.