Stagestruck: Love in the Multiverse 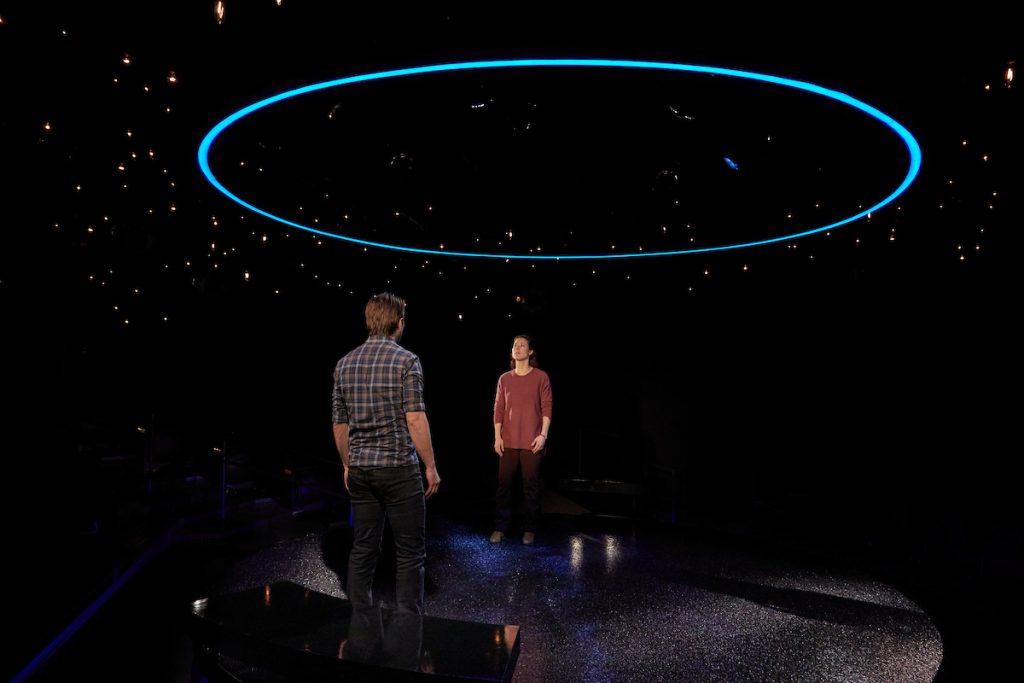 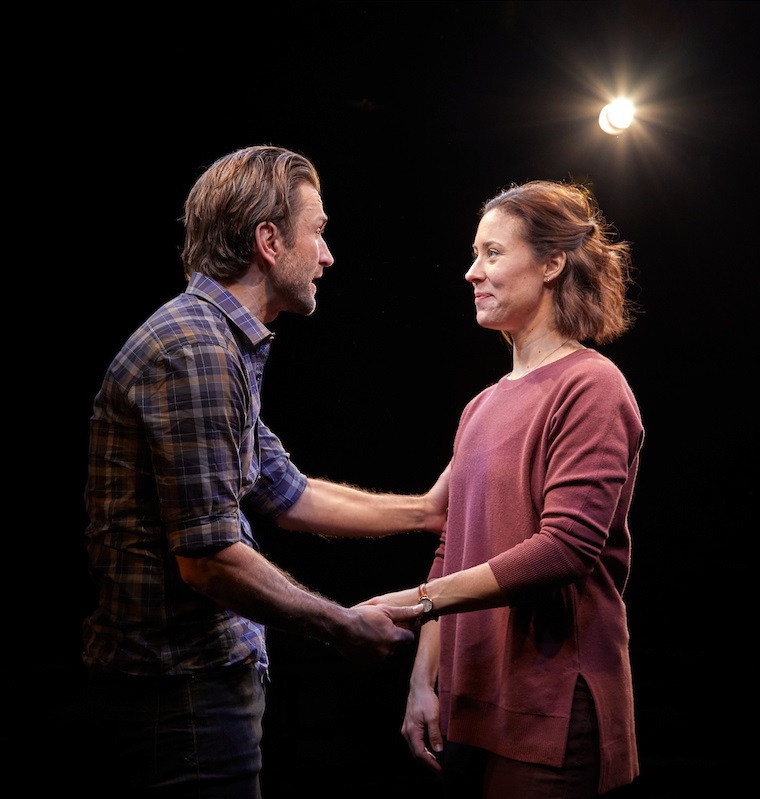 Constellations, playing at TheaterWorks in Hartford through Feb. 18, looks at love and second chances through a prism of reflecting and refracting fun-house mirrors – or more accurately, through a spectrum of infinite chances.

Nick Payne’s two-hander isn’t exactly a play of ideas, though it’s plenty smart. It springs from one idea – the possibility imagined by theoretical physics that the singular life we experience takes place in only one of a multitude of coexisting universes in which, as one of the characters puts it, “time is irrelevant” and encompasses “everything you’ve ever done, and not done.”

Payne works out this cosmic notion within a flesh-and-blood relationship. Marianne (Allison Pistorius) and Roland (M. Scott McLean) are lovers who meet, then meet again, and again, and again, each time in slightly different circumstances, and with different outcomes. One thinks of Robert Frost’s diverging paths in that yellow wood, each of them dividing and multiplying in turn, and each of them making “all the difference.” 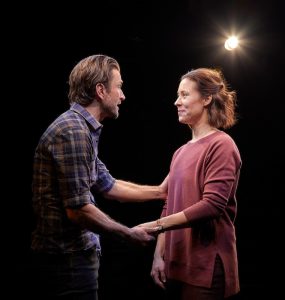 Marianne is a theoretical physicist, a cosmologist interested in the possibility that apparent conflicts within modern physics (specifically, the tension between quantum mechanics and general relativity) might be resolved by the idea of the multiverse. Roland is no theorist, but a humble beekeeper whose charges’ brief lives of honey-making are predetermined by instinct and genetics.

Director Rob Ruggiero has reconfigured his company’s subterranean theater in order to stage this piece in the round. Jean Kim’s set is a bare black disc overhung by a neon halo and a universe of stars. The effect is of being lost in a space-time of everywhere and everywhen, a small sphere turning within a galaxy of onlookers.

Both performers are riveting, a tensile energy sparking between them as they circle each other, both physically and figuratively. McLean has an affecting simplicity and, of the pair, the more linear trajectory – like Roland’s bees. Pistorius’ role is more complicated and interesting. Marianne is volatile and ironic, her speech laced with sarcasm, casual obscenity and, progressively, with aphasic moments when a malignancy in her brain short-circuits her tongue.

Staging the piece in the round helps to underline its circular theme, but it’s a convention that requires more movement than usual by the actors in order to stay in our line of vision. Ruggiero’s otherwise deft staging is sometimes too static, and I was particularly frustrated by not always being able to see Pistorius’ face, which is endlessly alive with every subtle shift of feeling and response.

The play’s back-and-forth, stop-and-go action is marked by Philip S. Rosenberg’s quick-change lighting and energized by Billy Bivona, whose offstage electric guitar creates an ethereal soundscape and even a buzzing, crackling echo of Marianne’s speech impairment. Bivona is really the co-star of the piece, and I was disappointed that he wasn’t in the curtain call.

On one hand, the piece, which unfolds in a brief but crowded 70 minutes, is a dizzyingly entertaining game, placing a simple love story in an intricate dramatic structure – boy-meets-girl-meets-boy-meets-girl-loses-boy-gets-girl-loses-girl in an ever-twisting recursive loop. But it’s also a thoughtful meditation on the vagaries of chance, the fragility of connection and the transience of life in our corner of the cosmos.