Basemental: A country album for the 21st Century 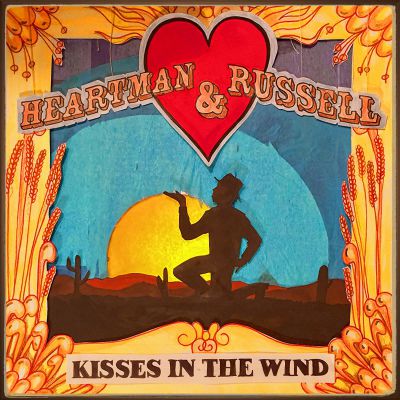 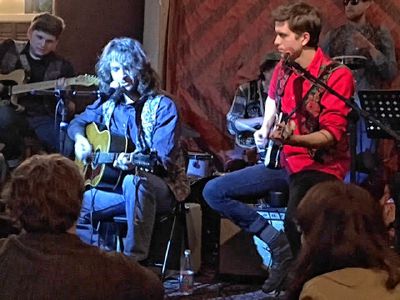 Elliot Hartmann-Russell, a local musician who has quite a big appetite for releasing lots of albums under different aliases and bands—including Sweat Enzo, Thee Arcadians, and Full Grown Cats—and Caleb Rosazza, who plays guitar in Lux Deluxe, have teamed up for a country album under the name Heartman & Russell — which doubles as a pun.

This album, titled Kisses in the Wind, is based off a pretty simple concept: How many ‘70s style country songs can you write that are under 90 seconds? Kisses contains fourteen songs in about twenty minutes. Each one has been stripped to its bare essentials: a verse, a chorus, a guitar solo, and then onto the next one. There is hardly repetition in the Heartman & Russell formula, which means as soon as you’re settling into a song, it’s over. Every song could have been a number one hit in a different era — before country radio became a pissing contest of guns, trucks and misogyny. 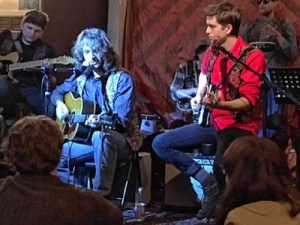 Hartmann-Russell (the person) has an ear for pop music — you can hear a thin-layer of millenium boy-band underneath many of his projects. But with Rosazza, the country licks, slide guitars, and hooks land like butter — so rich, creamy, and familiar. But there are other dairy products too: Hartmann-Russell told the Gazette’s Clubland columnist Ken Maiuri that the lyrics “flirt” with “cheesiness.” With songs titles like “If I Could Tell You How I Fell,” “Loving You Never Gets Old,” and “I Dream of You Every Night,” his assessment is on point. The lyrics not only echo the themes but the actual words and phrases that have been used in countless country songs over the years.

Take a verse from the aforementioned “I Dream of You Every Night”:

We never talk but I remember something in your eyes

At night I walk beneath the moon and fireflies 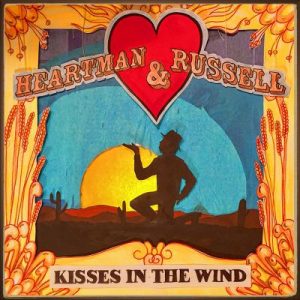 The album was recorded with a $2 Guitar Hero mic Hartmann-Russell bought from a thrift store straight into a laptop, giving the album a lo-fi digital edge that fits the aesthetic of the music — helping it to sound like it is in fact from a different time.

Hartmann-Russell also described the intent of having such short songs to Maiuri as music for the “ADD” age. Kisses in the Wind is indeed a concept album in its approach. By creating a formula that borrows heavily from a popular form — a hit country song — but completely strips it to its core, Heartman & Russell have bred their own beast that is both so familiar and completely contextual at the same time.