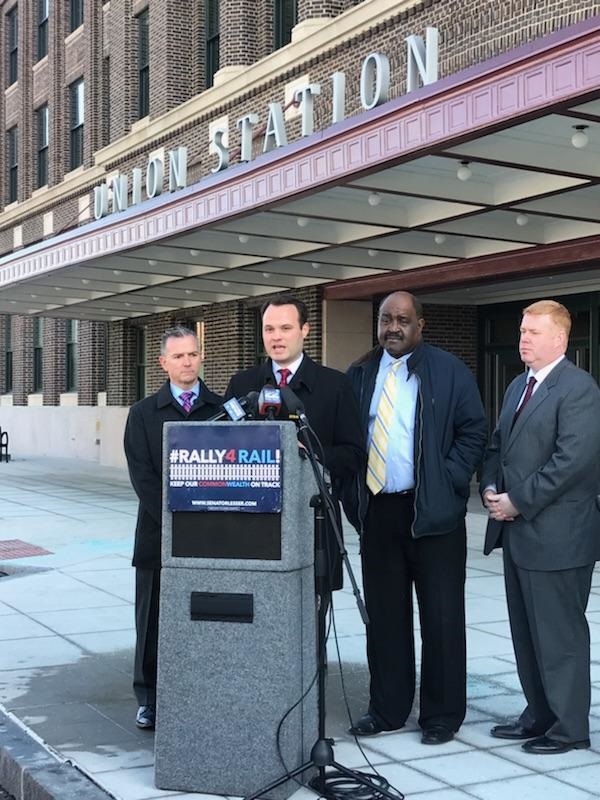 State Sen. Eric Lesser (D-Longmeadow), the chairman of the Joint Committee on Economic Development and Emerging Technologies, has been an advocate for high-speed rail and said he believes MassDOT included the study in its plan due to years of pushing for an east to west rail.

For the past three years, Lesser has sponsored bills to fund a high-speed rail feasibility study, which received unanimous bipartisan support in the state Senate. However, Gov. Charlie Baker vetoed the bill.

“A statewide study of all rail assets happens every 10 years or so,” he said. “This is the first time that a report like this has included a commitment to study east-west rail specifically. It’s a huge breakthrough and a direct result of the advocacy that literally thousands of people have done.”

He said the study would identify the cost of the project and address whether the route from Springfield to Worcester would be feasible with CSX owned tracks as well as the lack of current capacity for rail service in Boston.

“The study might also look at the fare structure and will need to be done in collaboration with the current railroad owner in order to fully understand the constraints and opportunities,” the plan reads.

When asked if he believes the state is committed to following through on the plans once the study is completed, Lesser replied, “We’re continuing to build momentum and continuing to build partners. I think it’s important to point out that this is not just a Western Mass issue. Eastern Mass increasingly cares about this as well. The Boston Chamber of Commerce endorsed this proposal. What they see as the biggest problem in Boston is out of control congestion and out of control skyrocketing housing costs related to that congestion. If you build an east-west rail, it helps both ends of the state because Boston gets access to lower cost housing and lower cost of living. Western Massachusetts gets access to the booming job market.”

In a press release, Transportation Secretary Stephanie Pollack said the entire state rail plan would be implemented during the next 20 years.

“Investments in these critical assets are designed to improve the rail system, add capacity where needed in order to meet the needs of rail customers and foster the goals of the communities we serve,” she said.

MassDOT Rail and Transit Administrator Astrid Glynn told the Valley Advocate the study on east to west rail might take 18 months to complete or longer, but added the process of hiring a company to create the study has yet to take place.

“There’s been a lot of conversations [about east to west rail] and it seemed like the time to see if we could illuminate some of the conversations,” she said.

MassDOT is also including a public comment period on the plans until Feb. 16 and hosting a meeting in Springfield on Feb. 2 at 3 p.m. at the Pioneer Valley Planning Commission Offices at 60 Congress St. Comments can also be sent to planning@dot.state.ma.us.

“I thank the Massachusetts Department of Transportation and the Baker Administration for their responsiveness,” Rosenberg said. “It is critically important to provide the people of Western Massachusetts with an opportunity to be heard on the statewide rail plan and to provide input that will be helpful in both developing and implementing that plan.”

“Now that the commonwealth has its new, modern rail plan in place, the focus must now shift to its implementation,” he said.

For more information on the draft version of the state rail plan visit www.mass.gov/service-details/rail-plan.