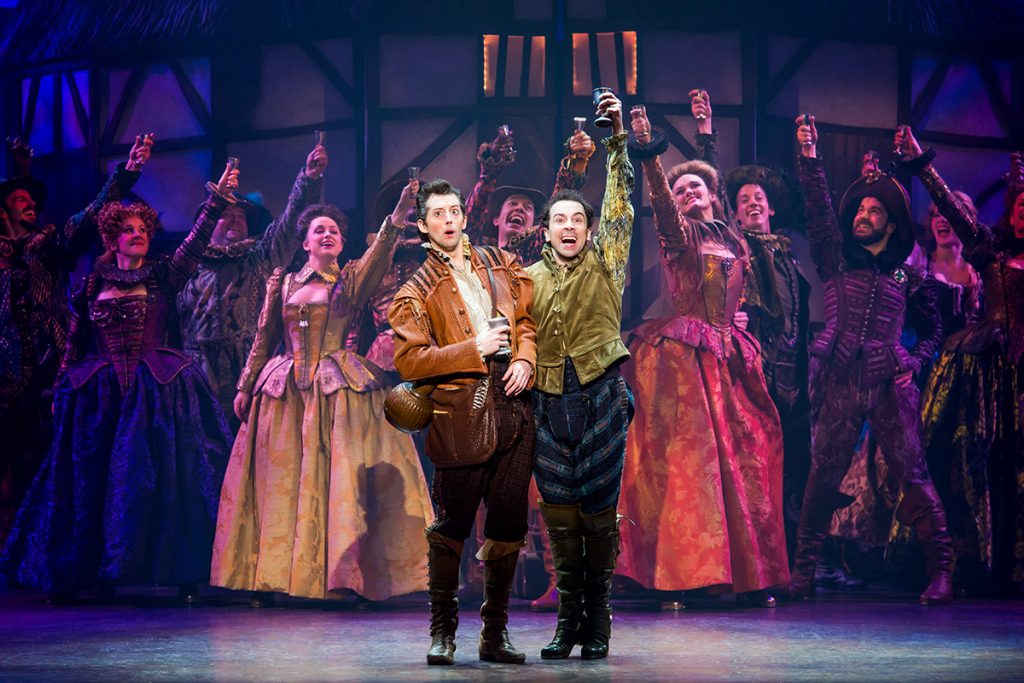 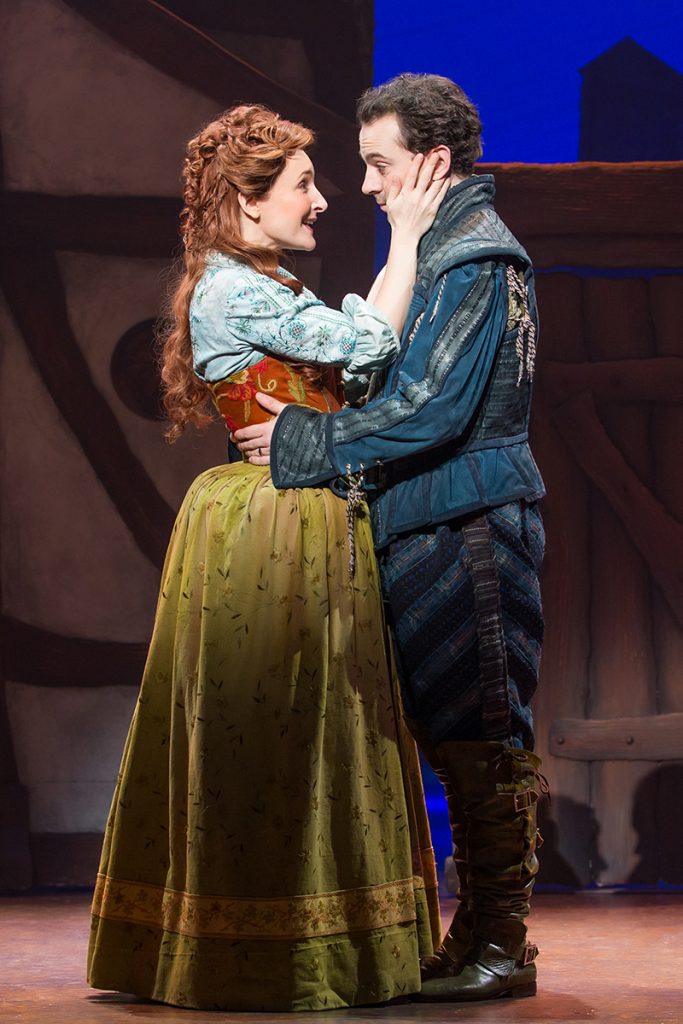 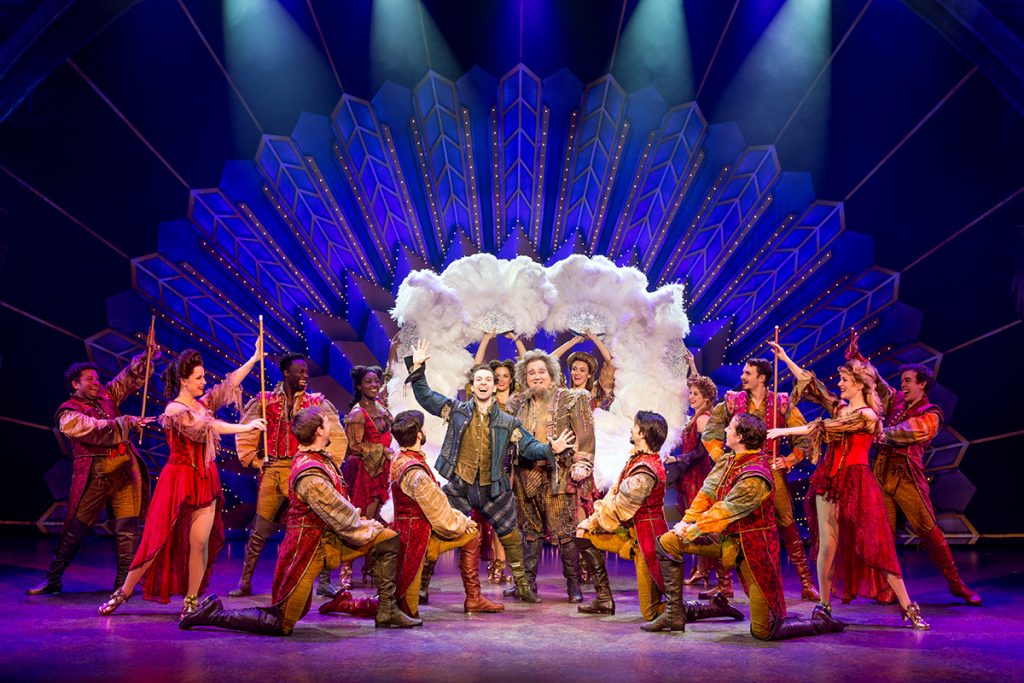 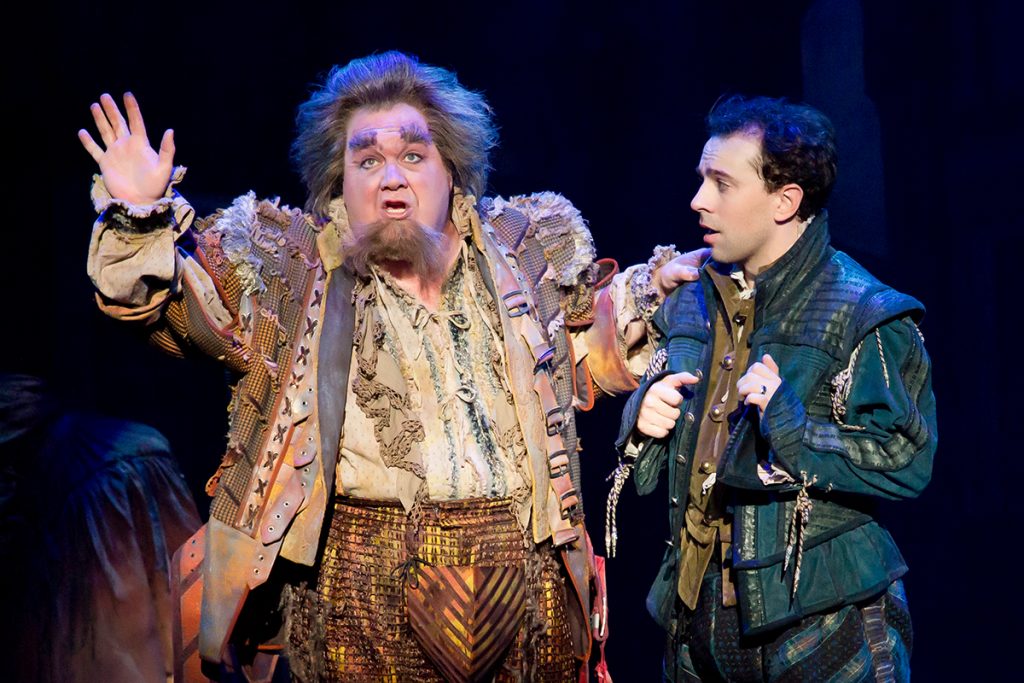 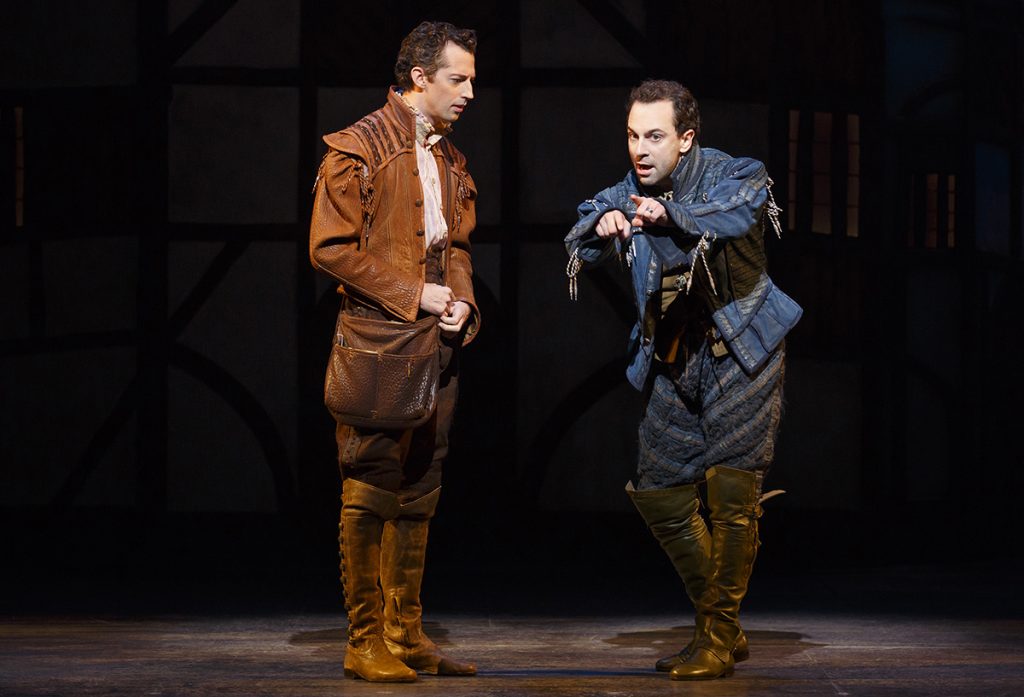 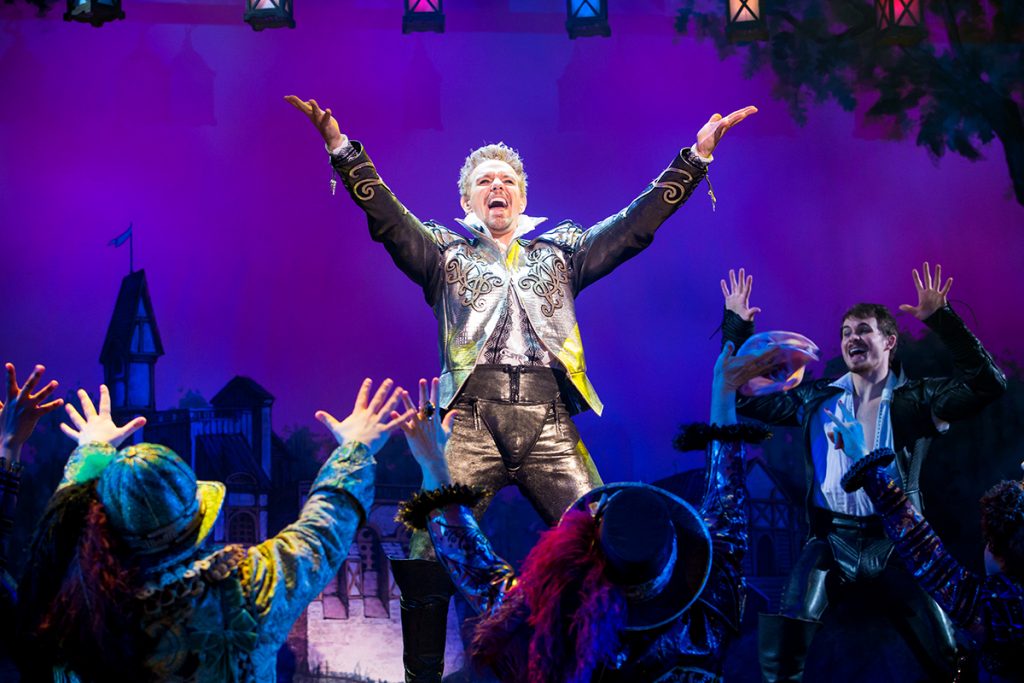 I grew up on Shakespeare and musicals, so what was I to make of Something Rotten!, the hit musical that mercilessly lampoons both? Love it for its origins or hate it for its irreverence?

Having missed it on Broadway, where it earned a double handful of Tony nominations in 2015 but lost out to Fun Home, I caught up with the national tour at the Bushnell in Hartford, where it’s running through Sunday.

Verdict? I loved it – especially the irreverence.

The show, about a couple of show-biz brothers struggling to make it in Elizabethan London, was written by a couple of American show-biz brothers who have made it in the worlds of Hollywood and pop music. Karey Kirkpatrick is a successful screenwriter of offbeat comedies and brother Wayne a hitmaker for dozens of country and rock stars. Co-credit for the book goes to John O’Farrell, an Englishman who knows his way around Britcom. 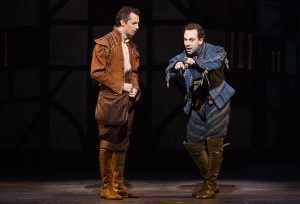 In the mash-up of a story, Nick Bottom (not the only character to sport a Shakespearean name) and his brother Nigel need a hit play to keep their rag-tag theater company afloat. They’re fighting the slipstream of golden boy Will Shakespeare, riding high on a string of crowd-pleasers. Desperate for an idea, Nick consults a threadbare soothsayer named Nostradamus (only a distant relation) who looks into the future and prophesies that the Bard’s greatest play will be called Omelet and has something to do with ham and a Danish.

He also predicts that the next big thing in theater will be … musicals. From there the pell-mell script and catchy score hit their stride, snatching snatches of quotes from classic musicals and Shakespearean classics – including at least one line that combines the two: “I had a dream, Horatio, an impossible dream. There were raindrops on Rosencrantz and whiskers on his kitten.”

Shakespeare himself is a cocky rock god in a silver-lamé jerkin, dripping with smarmy narcissism, who rhymes to his adoring fans “I’m the Will / With the skill / To thrill you / With my quill.” (Cue screams.)

Director/choreographer Casey Nicholaw’s Broadway production has been transferred virtually intact to the road, including Scott Pask’s sliding sets and trompe-l’oeil backdrops, Gregg Barnes’ costumes (farthingales for the ladies, codpieces for the gents), Jeff Croiter’s lights, and two of the three leads. As Nick and Nigel, Rob McClure and Josh Grisetti, who played the roles toward the end of the Broadway run, are a kind of Bert and Ernie – Nick short and short-tempered, Nigel weedy and dreamy. They’re a wonderful mismatch. As the conceited Bard, Adam Pascal is disappointing, his strutting self-regard plenty odious but not very funny.

One of the most charming things about Something Rotten is its self-mockery. It’s a musical that parodies its own genre, not just with the Forbidden Broadway-esque sendups but the characters as well. Nick and Nigel’s love interests are musical-theater clichés – Nick’s wife Bea (Maggie Lakis) the gutsy, brassy dame and Nigel’s virginal Portia (Autumn Hurlbert) the trilling blonde. 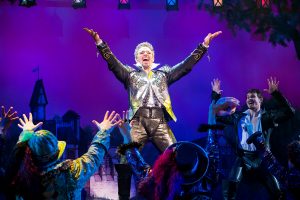 The motley dramatis personae include Portia’s father (Scott Cote), a strict Puritan with a gay streak; a Jewish moneylender named, what else? Shylock (Jeff Brooks); the almost-spot-on soothsayer (Blake Hammond); and a chorus line (or is it A Chorus Line?) of attractive dancing, singing players in a multitude of supporting roles.

You don’t have to be a confirmed Bardolator or Broadway baby to catch most of the not-so-sly allusions, but it adds to the fun. Something Rotten is pastiche at its best. And indeed, a key theme in the show is plagiarism. Nick Bottom, desperate for a plot, thinks he’s stealing from Shakespeare, who in turn, more fond of fame than work, hits a writer’s block and turns to theft. Both they and this show’s authors embrace that age-old maxim: If you’re gonna steal, steal from the greats.