Cinemadope: Playing yourself in an Iranian film on a real crime 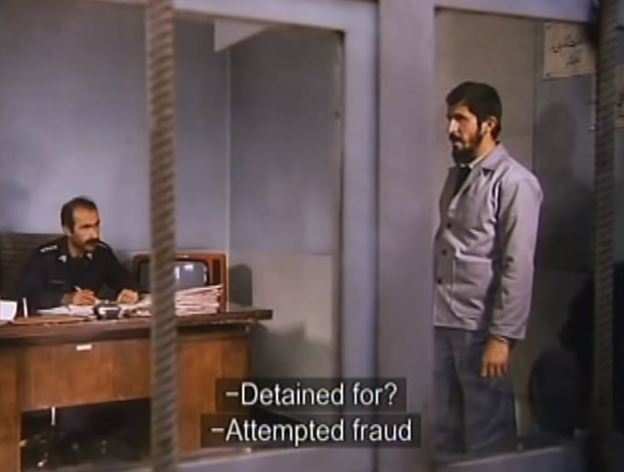 Review movies long enough, and you’ll hear the tale of Taste of Cherry. The 1997 film from Iranian filmmaker Abbas Kiarostami won the Palme d’Or at that year’s Cannes Film Festival, and was hailed by many as a masterpiece. But when it hit theaters in the U.S., there was at least one very prominent thumbs down — the famous thumb of The Chicago Sun-Times’ influential film critic Roger Ebert, who called the film (a long, quiet, look at a man contemplating suicide) a “lifeless drone” and “excruciatingly boring.” It would later appear on his “Ebert’s Most Hated” list, alongside Deuce Bigalow: European Gigolo, and Critters 2: The Main Course, neither of which won anything at Cannes.

It was a telling moment, one that some critics said revealed the gulf between Western and Middle Eastern cinematic goals and traditions, but I wonder if it wasn’t something more individual: that Kiarostami was simply one of cinema’s most radical storytellers, and that Taste of Cherry was one of his particularly radical works that just never clicked with Ebert. This week, Valley audiences have a chance to connect — or not — with one of the director’s other challenging works in a special show at Amherst Cinema.

Close-Up is the film, which comes to Amherst as part of the Selfies, Narcissism, and Politics Today series. Presented in collaboration with Amherst College, the screening will be introduced by Ilan Stavans, author of I Love My Selfie and professor at Amherst College. Released in 1990, Close-Up is a cross between drama and documentary, using an actual event as the springboard for an exploration of identity and artistic creation.

What happened was this: Hossain Sabzian, an out of work film buff, was arrested in Iran on charges of fraud; he had been passing himself off as well-known filmmaker Mohsen Makhmalbaf, insinuating himself into a family with the suggestion that they might appear in his next film. It was always a flimsy pretense, but Kiarostami gets past the crime to find something deeper. And how he does it is what makes the story into art: instead of simply casting actors and recreating the story, he not only got access to Sabzian and the Ahankhah family, but convinced them to play themselves.

The result is a multi-layered mosaic of truths that force us to confront the ways in which we manufacture our own sense of identity. Are we who we say we are? Who others think we are? Neither, or, sometimes, both? Kiarostami’s film is a beautiful prism, turning one into many.

Also this week: Two stories of the Jewish experience in the 20th century come to Amherst this week, but not to Amherst Cinema. First up is Margarethe von Trotta’s 2012 film Hannah Arendt, a biographical look at the German-Jewish philosopher who made waves in the 1960s with her coverage of the Adolf Eichmann trial in Israel. It opens the Amherst College Department of German’s spring film series, which takes place on Thursdays in the school’s Stirn Auditorium.

A few days later, the Yiddish Book Center hosts A Home on the Range, Bonnie Burts and Judith Montell’s 2002 look at the often overlooked history of Jewish farmers in California. Fleeing the pogroms of Europe for the promise of a new beginning in America, these immigrants hit the shore and kept going west, settling in Petaluma as chicken ranchers. It was a long way from the Lower East Side — and it’s a welcome reminder that not all of American Jewish history needs to center on those New York stories.